Nurse, 57, sues Nuffield Health for racial victimisation after claiming she was treated like a ‘black slave’ by her ‘white goddess’ manager

A senior nurse is suing private healthcare company Nuffield Health for racial victimisation after claiming she was treated like a ‘black slave’ by her ‘white goddess’ manager.

Rosaline Caesar-Scammell, told an employment tribunal in Southampton she endured 21-years of racism from colleagues, which a friend said included comments about ‘blacking up’ and ‘monkeys’.

The ‘ostracised’ 57-year-old is also suing the health firm for wrongful dismissal after she was fired for a message sent on her phone to a ward WhatsApp group.

The message, which she denies sending, bemoaned a lack of PPE equipment and complained of nurses and patients having Covid-19 towards the beginning of the pandemic.

Former Rotary Club president Miss Caesar-Scammell claims the investigation into the message was unfair, that her sacking was predetermined and that she faced racial discrimination during the process. 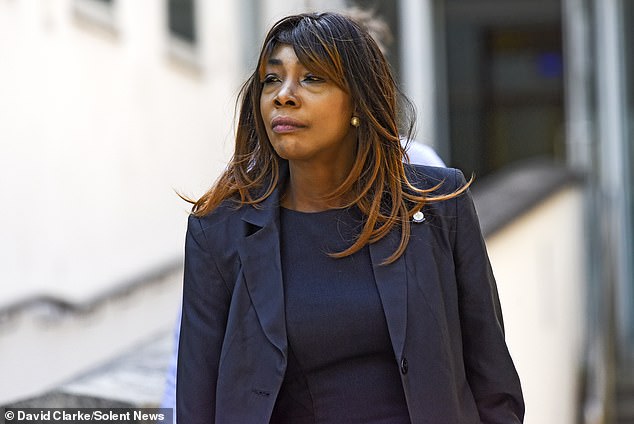 Rosaline  Caesar-Scammell (pictured above) is suing Nuffield Health for 21 years of racial victimisation and wrongful dismissal, after she was fired in 2020

The senior ward sister, who was the only black nurse at a Nuffield hospital in Bournemouth, Dorset, alleged an ‘aggressive’ investigating manager told her: ‘You type of people are all liars.’

Nuffield Health denies any wrongdoing and stands by its decision to sack the nurse for the ‘inaccurate’ message, which is said to have caused ‘deep concern’ amongst colleagues.

Miss Caesar-Scammell raised a grievance during the disciplinary process, alleging discrimination dating back to the start of her employment, but this was dismissed by the firm, along with her appeals against her sacking.

Rebecca Hudson, who chaired the disciplinary process, told the tribunal the nurse had referred to herself as a ‘black slave’ and to hospital outpatient manager Lorraine Hampton as a ‘white goddess’ in one meeting.

Ms Hudson said: ‘Miss Caesar-Scammell had prepared something to say and called Ms Hampton a ‘white high goddess’ and referred to herself as a ‘black slave’.’

Miss Caesar-Scammell, 57, claimed she was treated like a ‘black slave’ and referred to her manager as a ‘white high goddess’

Dr Steven Bick, a GP and friend of the claimant from the Bournemouth Rotary Club, told the tribunal she had felt ‘ostracised’ by colleagues.

He wrote in a statement: ‘During her time at the hospital, Miss Caesar-Scammell would, from time to time, be the subject of inappropriate comments.

‘She felt ostracised and ignored. To her, her workplace had become a daily battleground.’

The tribunal heard how Miss Caesar-Scammell is of Caribbean descent and originally qualified in the Royal Army Nursing Corps (RANC), while serving in the Royal Navy.

She began working for Nuffield Health in 1999 and worked her way up to a position of ward sister.

However, the nurse told the tribunal that she was racially abused during her 21 years at the hospital, describing the environment as ‘extremely hostile’ and said she was never taken seriously when she tried to raise concerns.

She said: ‘The experience of a black nurse is significantly different to that of a white nurse.

‘Due to the insidious nature of racism, the management team failed to recognise, understand or empathise with my lived experience and obvious fears around the situation I found myself in. 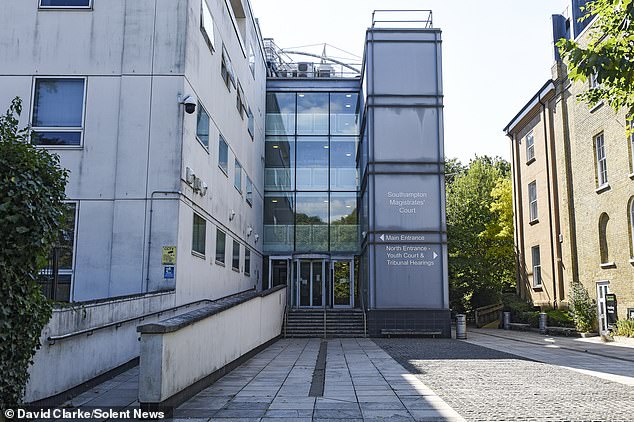 An employment tribunal in Southampton heard that Miss Caesar-Scammell, who was the only black nurse at a Nuffield Health hospital in Bournemouth, Dorset, felt “ostracised” by her peers

‘The working environment of the hospital was extremely hostile. I raised lots of issues by letters and verbally… I was never taken seriously.

‘I suffered 21 years of hostility, racism and name-calling from my colleagues.

‘Despite this, I remained loyal and committed to my job. I worked for [Nuffield] for 21 years. Throughout this time I was constantly under a microscope.

‘I was disciplined or made an example of for the most minor and inconsequential mistake in comparison to my peers.

‘Nothing escaped them, everything was super sensationalised and led to the harshest of punishment… constantly [being] singled out, blamed for things even when I wasn’t working.

The tribunal heard Miss Caesar-Scammell was let go in May 2020 after a message was sent to her ward’s WhatsApp group the previous month.

On April 8, weeks after the first nationwide coronavirus lockdown was enforced in the UK, the senior nurse began her shift at 7am.

She told the tribunal she had left her phone, which was not locked or password protected, unattended on the nurses desk during her shift.

Later that day, a message was sent from her phone to the 21 members of the group saying: ‘Here at work doing a 15x hr shift. Ran out of protective clothing again.

‘All a bit scary as non [sic] of the patients here has been tested x2 of the Consysnts [sic] are off with Covid and 10 nurses from my Dept either with Covid or isolating so just a handful of us holding the fort.’ 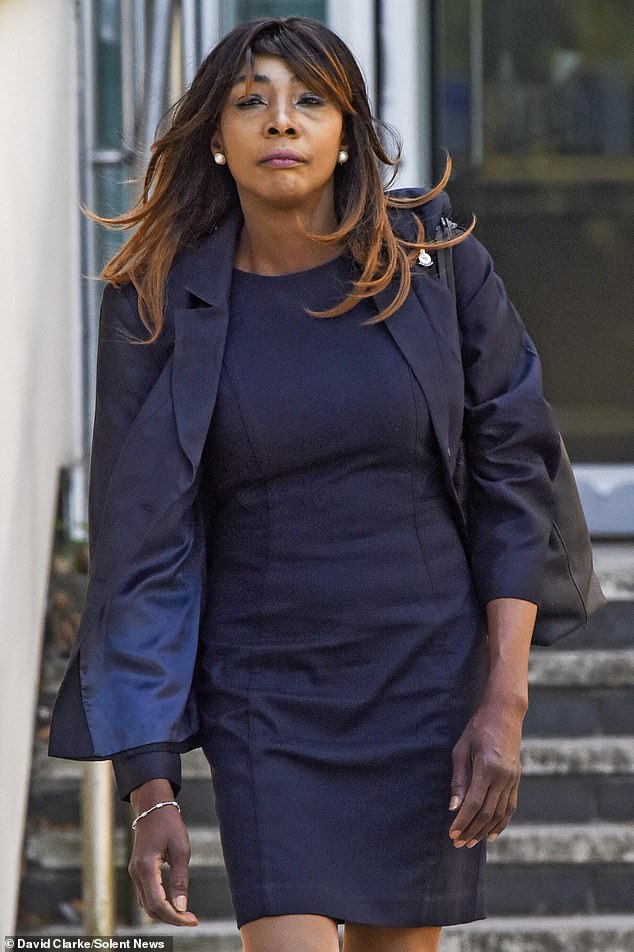 Miss Caesar-Scammell was sacked for a message sent from her phone to a work group chat, but she denies sending the message and claimed she faced racial discrimination during the disciplinary process

Miss Caesar-Scammel insisted she did not send the message herself, and later messaged the group to say it was a ‘hoax’.

During an initial investigatory meeting the following day with manager Ms Hampton, Miss Caesar-Scammell said a friend she had discussed the message with suggested it was ‘black humour’.

She told the tribunal Ms Hampton ‘latched on’ to the phrase and separately looked up the dictionary definitions of the words ‘black’ and ‘humour’, saying ‘that’s you’ when first looking up ‘black’.

‘She was aggressive, loud, dishonest.’

Her lawyer Pater Wareing also claimed Ms Hampton ‘screamed’ down the phone at his client during a ‘welfare call’ fire days later, telling her: ‘You type of people are all liars,’ before hanging up.

Ms Hampton denied saying this during cross-examination, but Mr Wareing told her: ‘You did say that, you meant people who are not like you – not white people.’

Ms Caesar-Scammell later received a letter telling her she was suspended and, following two further investigation meetings and a final disciplinary meeting, was sacked by Nuffield Health for gross misconduct.

Two years on, she is suing the company for racial victimisation and wrongful dismissal.