Body armour could be given to all senior custody officers after a sergeant was fatally shot at work, police chiefs said yesterday.

Forces have been briefed on a pilot scheme to protect custody sergeants following Matt Ratana’s death in September.

The National Police Chiefs’ Council (NPCC) said the goal was to better protect those in charge in case a suspect brought in for questioning launched an attack with a concealed weapon.

Sergeant Ratana was allegedly shot in the chest by a handcuffed man who smuggled in a gun. 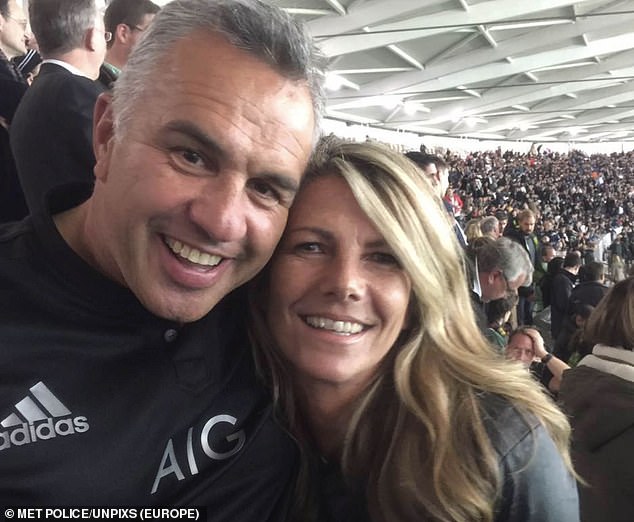 Killed on duty: Body armour could be given to all senior custody officers following the death of Sergeant Matt Ratana who was fatally shot at work in September (Pictured: Matt Ratana with partner Sue Bushby)

Dame Cressida said Met custody detention officers in charge ‘will always be wearing body armour’ when they first meet a suspect, even though they are indoors.

Before the shooting, Sergeant Ratana was preparing to search the 23-year-old suspect Louis De Zoysa, who had allegedly hidden the gun in his underpants.

It had not been detected by officers in an earlier search on the street.

De Zoysa suffered ‘life-changing injuries’ after shooting himself too. He was arrested on suspicion of murder in hospital last month after his health had stabilised.

The NPCC said the circumstances leading to the shooting were ‘exceptionally unusual’ and the availability of illegal firearms in the UK was limited. 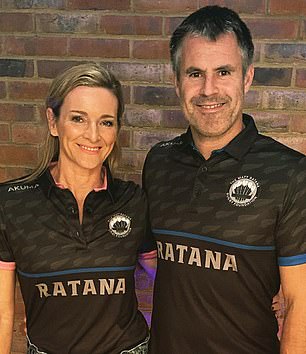 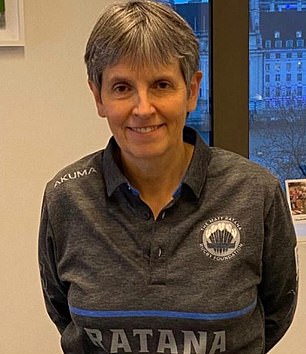 The Matt Ratana Rugby Foundation, established in his name, has received the backing of scores of celebrities, including TV presenter Gabby Logan and ex-rugby player Kenny Logan, (pictured together left) who have been pictured wearing Ratana Foundation shirts alongside the Met Commissioner Cressida Dick (right).

A spokesman said this was why the NPCC did not give a formal recommendation on body armour, but instead facilitated the briefing on the new Met procedure so forces can consider their own custody suite rules.

Sergeant Ratana, whom Dame Cressida has described as a ‘wonderful man’, has been posthumously nominated for the Unsung Hero category in the BBC Sports Personality of the Year awards.

He was nominated by East Grinstead Rugby Football Club, where he was head coach at the time of his death.

The Matt Ratana Rugby Foundation, established in his name, has received the backing of scores of celebrities, including TV presenter Gabby Logan and ex-rugby player Kenny Logan, who have been pictured wearing Ratana Foundation shirts alongside the Met Commissioner.