A SELFRIDGES worker has revealed the horrifying moment a knife brawl erupted in the luxury store.

The rampaging thugs knocked mannequins over and chased and stabbed a man in the leg. 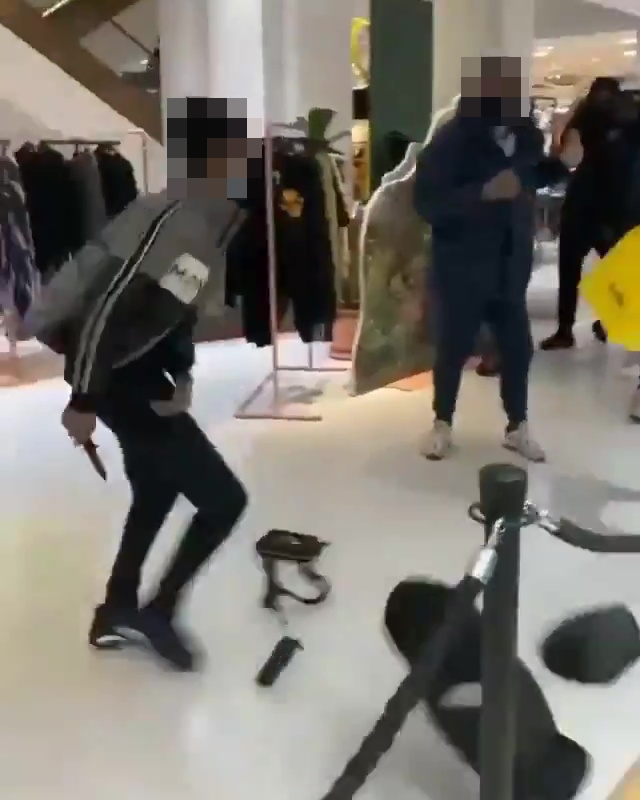 Eight people – including the knife victim – have been arrested following the drama at the luxury store's flagship branch in Oxford Street.

A worker has now told of the moment the fight broke out near the Burberry section in front of stunned shoppers.

He said: "First it started on the other side of the hall. It came out of nowhere.

"Six guys then ran over here chasing this young guy. He got stabbed in the leg and he fainted near the toilets.

"Security was up here within 30 seconds. They moved very quickly.

"It was mad. The whole thing lasted for a minute at most." 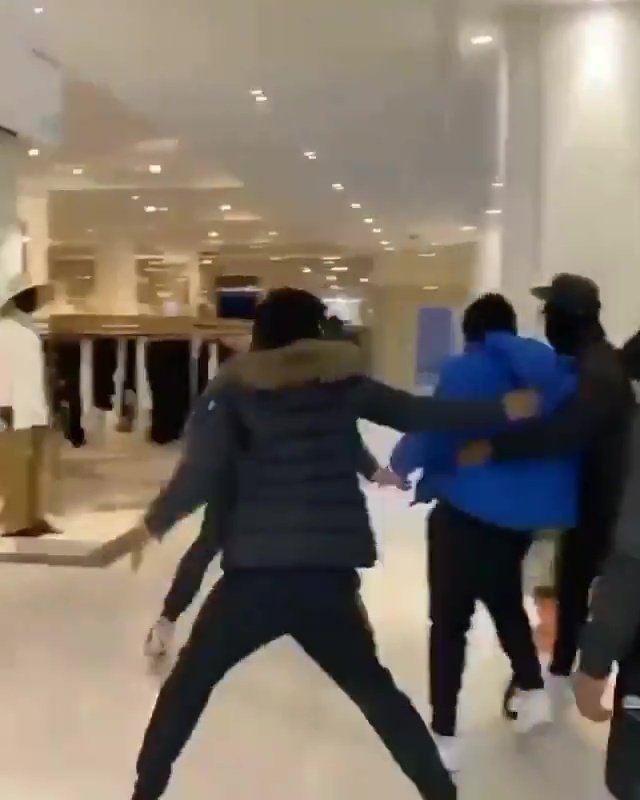 The employee said he had "no idea" how the violence started before a knife was pulled out.

He added: "It's very odd something like that would happen in here. Cameras are everywhere and then you're out on Oxford Street."

Shocking video showed one of the yobs wielding a knife as the group clashed last night.

One male shouts and gesticulates as one male in a jacket with a fur collar begins fighting with another male as “no, no” can he heard being shouted.

Police confirmed a 20-year-old knifed in the leg has now been arrested on suspicion of affray.

Six other men aged between 18 and 26 and a 20-year-old woman are being quizzed on suspicion of affray and GBH.

Police are asking anyone with information to call them on 101 quoting reference number CAD 6085/8May.

Last year 14 people were treated at Selfridges after as “CS gas like substance” was set off during a fight between two males at the store.

Photographs appeared to show paramedics using water to treat members of the public who were caught up in the disturbance. 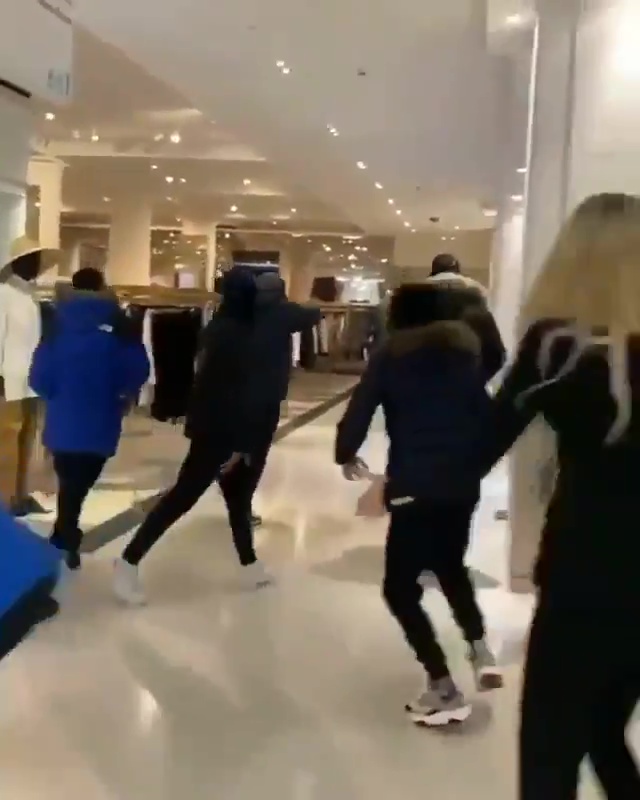 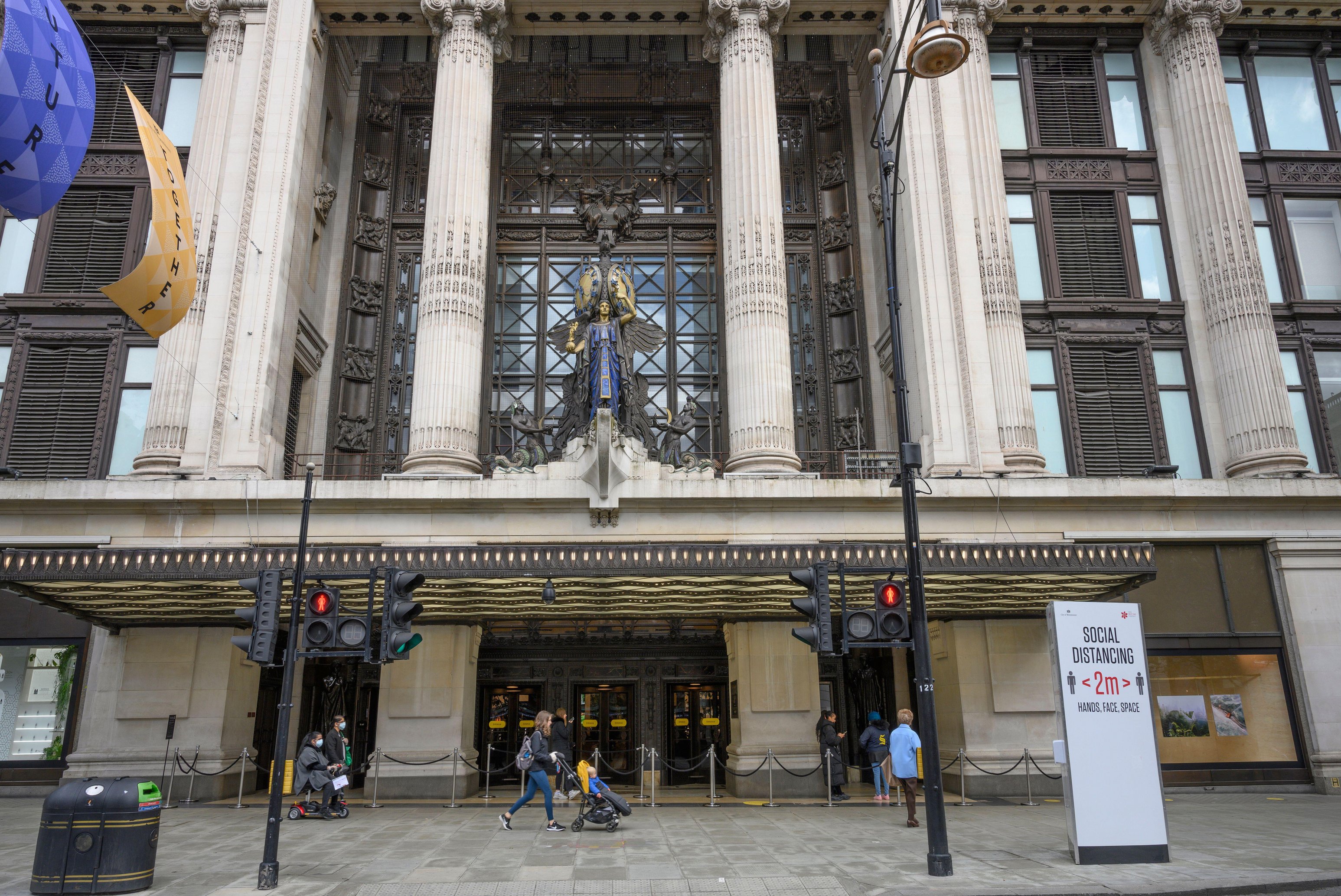