A British scientist in Antarctica has revealed that his team has enough food to survive ‘for years’ on the frozen continent if the coronavirus outbreak escalates.

The UK’s Rothera station leader, Michael Brian, also said strict protocols have been put in place to protect the 140-strong team at the base.

They have a high risk of catching the virus if it arrives on the continent as they share a food hall and live in close proximity at the base where outside temperatures can drop as low as -20 degrees Celsius.

Antarctica is the only continent in the world to remain untouched by coronavirus, which has spread to more than 100,000 people globally. 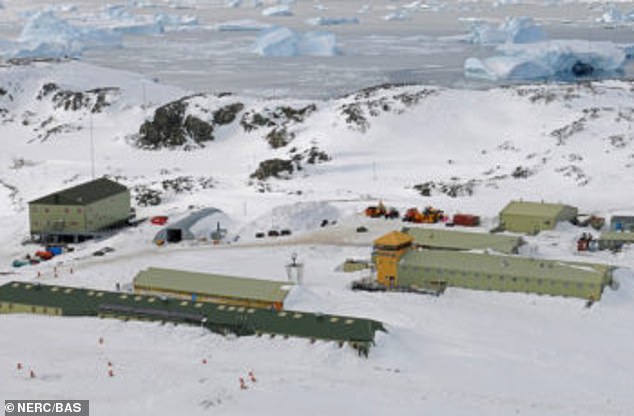 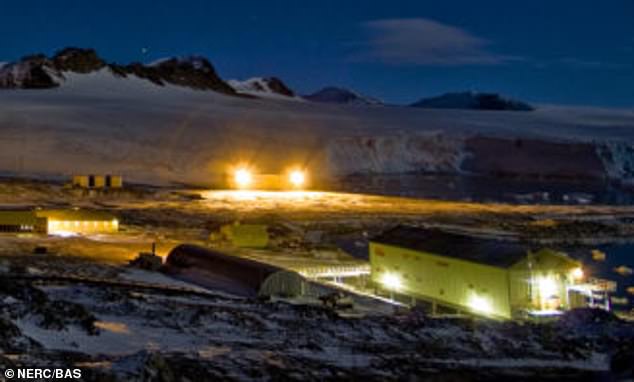 Measures include testing staff about to travel to the bases that have visited a country with cases of coronavirus. Antarctica is the only continent untouched by the outbreak

‘We are well protected here and have good procedures in place to look after our health, but our main concern is for friends and family back home, and we are interested to see how the outbreak plays out in the rest of the world,’ Mr Brian told Express.co.uk.

‘If the coronavirus outbreak continues to escalate and affect supply lines of fuel and food to Antarctica the base has a contingency plan to “ride out the storm”.’

Detailing the measures in place, the British Antarctic Survey (BAS) said staff travelling to the base following visits to countries with coronavirus cases would be tested.

They added that staff members that develop colds will be isolated in order to limit the spread.

Head of governance, risk and assurance at the organisation, Steven Marshall, said: ‘If a member of the team that is destined for Antarctica has been to a tier one or tier two infected country they will be placed in two weeks isolation before boarding the ship to the continent.

‘The ship then takes four weeks to reach Rothera station. This would then be enough time to see if any personnel are incubating the coronavirus.’

Further measures to be applied by the British Antarctic Survey include isolating anyone that has a cold, as these can spread quickly on the base 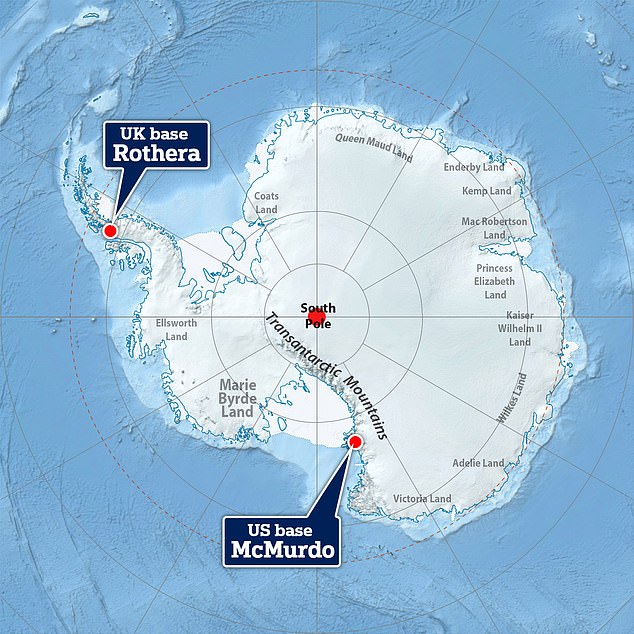 The Rothera base is mapped above along with the US’s McMurdo base, which has flights across the continent during its winter from July to September

Whenever colds travel to the base they spread rapidly due to close working conditions.

The base remains is connected to the rest of the world by a BAS Dash 7 aircraft that flies in throughout the year from either Stanley in the Falkland islands or Punta Arenas in Chile. A ship carrying supplies, fuel and scientific equipment also visits the base twice during the summer months from December to March.

There are also internal flights on the continent between bases run by other countries including Italy, Argentina, Ukraine, Germany, Russia and India.

During the June to September winter most flights cease although the US McMurdo base continues to operate flights across the frozen landmass.

After the coronavirus outbreak started, China became the only country to pull its staff out of their research stations. 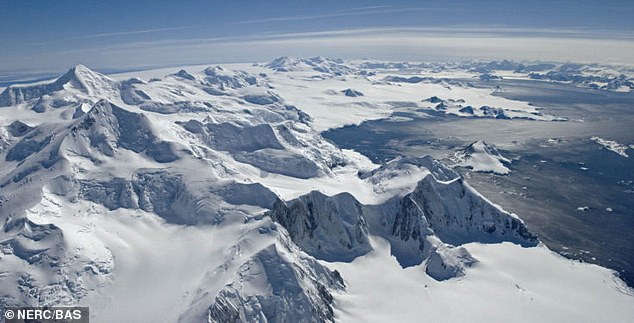 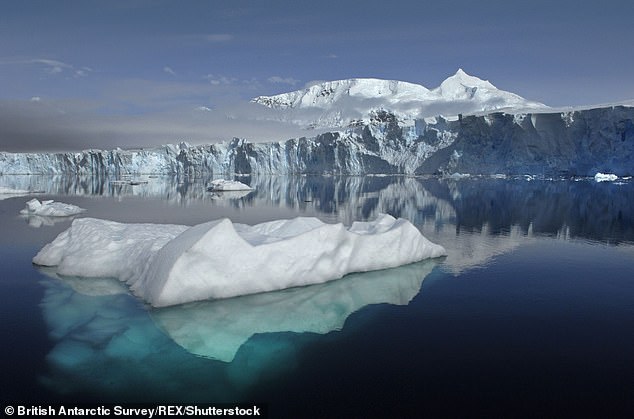