A Russian soldier has claimed he feels no ‘remorse’ killing Ukrainians.

Konstantin Solovyov recently called his mother, Tatiana, to update her on his deployment near the city of Kharkiv.

The exchange was intercepted by Ukraine’s Ministry of Defence, who published the audio.

In the chilling call, Konstantin boasts about torture methods used by Russia’s fearsome security service (FSB), while his mum eagerly listens on.

The pair can even be heard laughing about the peril captured Ukrainians face.

It involves stripping skin back from a man’s fingers, toes and penis ‘like the petals of a flower’.

The soldier then takes sadistic pleasure in describing the ‘barrel’ technique, which he says was also used during fighting in Chechnya. 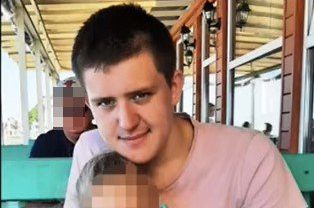 At one point in the call, Konstantin’s mother asks if he enjoyed torturing prisoners, to which he pauses, before replying quietly ‘I like it, I don’t know.’

Initially, Tatiana seems confused about the need for torture, and asked what the Ukrainians have done to warrant it.

She asks: ‘Are they trying to do something, do they not realise it’s over? It must be because they are high?’

But as the conversation continues, she shows similar sinister traits to her son.

‘Like I told you, you can’t trust them [Ukrainians],’ she said.

‘I always told you that, in principle, I’m holding myself back. If I had ended up there I would also be enjoying it. We’re the same.’

During the call, the soldier also informed Tatiana about stealing potatoes and food from villagers near the city.

He also speaks about beating an old man to death, because he dared to take photos of Russian troops.

The man had cycled past on a bike while waving a white flag, but was nevertheless captured.

‘I was a kind bloke,’ Konstantin says before ending the call, referencing life before the conflict.

But then he says: ‘I’m not even feeling remorse anymore. After I killed more than 20 I stopped caring.’