But authorities have now urgently shut the clifftop Tudor artillery fort for fear it is falling into the sea after cracks emerged in its masonry.

Weymouth Town Council said two vertical cracks were spotted in the internal walls and another especially concerning one above the picture arch.

The decision was taken to fence it off to the public – to the likely dismay of the throngs of Instagrammers who take pictures beside the ruins with the picturesque backdrop of Portland Harbour. 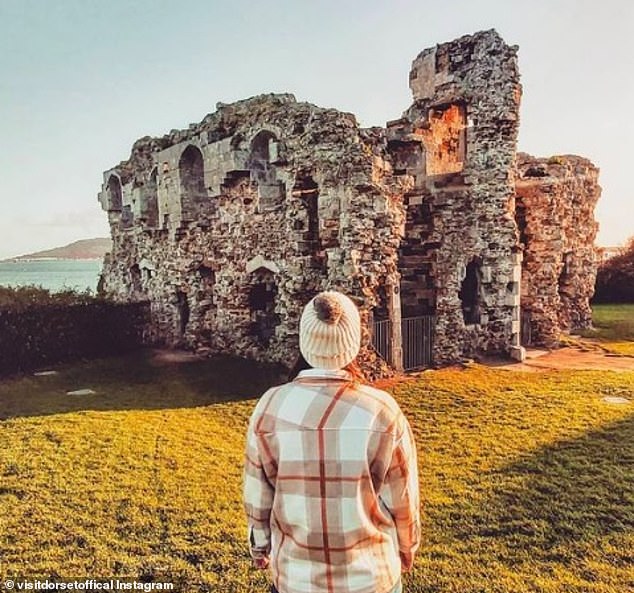 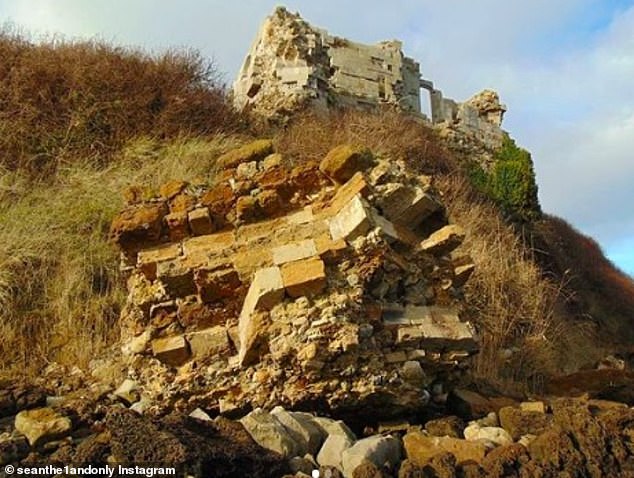 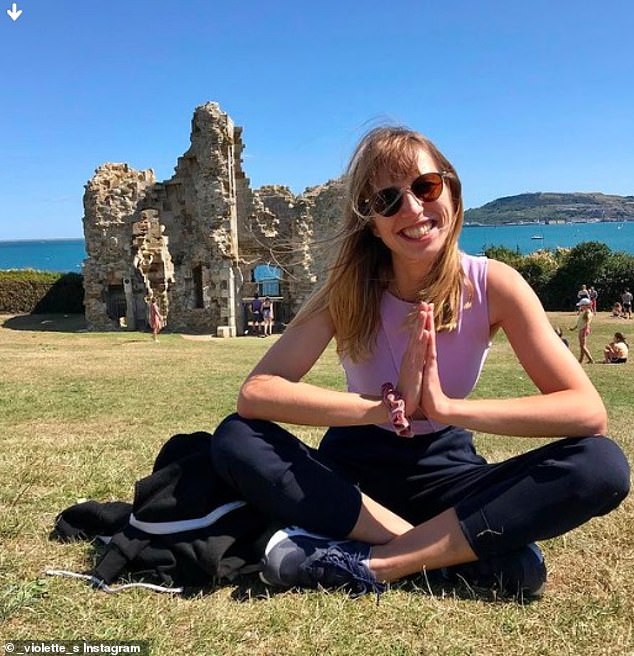 The castle, also known as Weymouth Castle, sits in Sandsfoot Gardens alongside the Rodwell Trail – a disused railway line which has been turned into a cycle and footpath.

It formed part of Henry’s King’s Device programme to protect against invasion from France and the Holy Roman Empire, and defended the Weymouth Bay anchorage.

It was completed by 1542 at a cost of £3,887, while further defences were added in 1623 and during the English Civil War was held by Parliamentary forces.

Withdrawn from service in 1665, it fell into disrepair, with the castle’s gun platform plummeting into the sea by the 1950s.

Repairs were undertaken between 2009 and 2012 after a £200,000 grant from the Heritage Lottery Fund, enabling the site to be reopened to the public.

Now listed, Sandsfoot is still considered to be one of the best examples of a 16th century military blockhouse to survive. 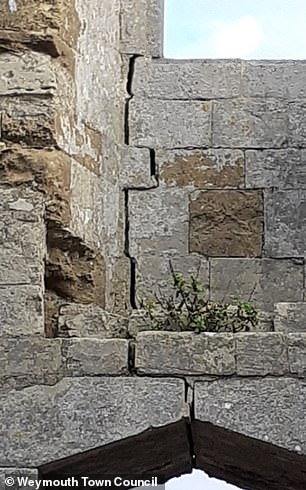 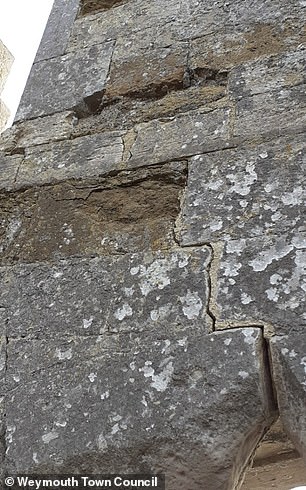 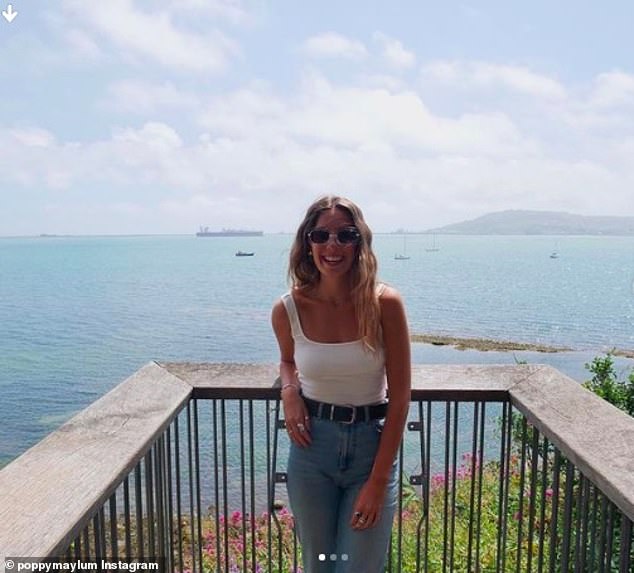 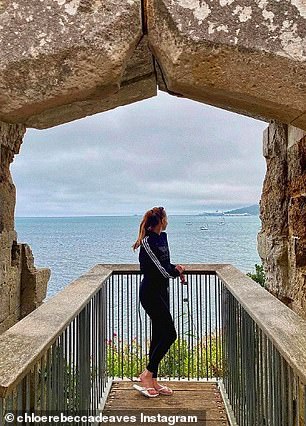 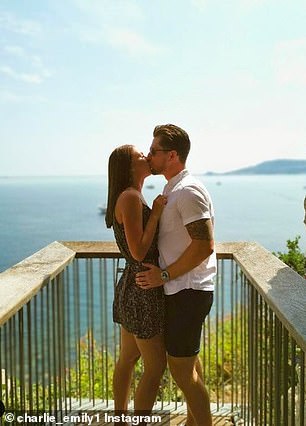 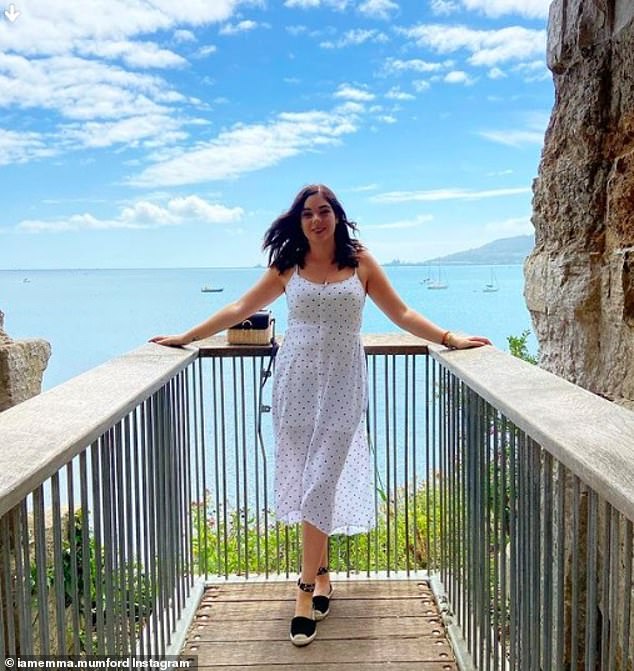 The picture arch in particular is popular with young Instagrammers, who use the backdrop of the sea

A spokesman for Weymouth Town Council said the authority would work with Dorset Council and Historic England to carry out essential repairs on the castle ruins.

He added: ‘Weymouth Town Council have had to close Sandsfoot Castle for the time being due to health and safety issues.

‘Staff found that two vertical cracks had widened on an internal wall. More concerning is a crack which has developed above the picture arch.

‘Local contractors also found that a stone which sits at the bottom and supports the arch, known as a springer stone, is not secured properly and is in a dangerous condition.

‘Fencing has been placed around the castle while Dorset Council liaise with Historic England regarding the repairs.’

Sandsfoot Castle, also known as Weymouth Castle, is an artillery fort constructed by Henry VIII near Weymouth, Dorset in 1542.

The stone castle had an octagonal gun platform and was part of King Henry’s programme to protect against invasion from the French.

At the time, tensions with European powers were fraught as Henry had declared himself head of the English Church, rather than the Pope.

An alliance with the Holy Roman Empire gave the French the firepower to mount an invasion of England, which was a real threat.

Henry also built nearby Portland Castle to shore up the defence of the south coast, which was considered most vulnerable to attack.

No occasion eventuated and the castle became a garrison in the Spanish war of 1588.

During the Civil War it was used as an outpost by King Charles’ royalist forces before falling in 1644 to Oliver Cromwell’s roundheads.

It has since become a popular Instagram selfie spot due to the picturesque backdrop of Portland bay.