A £1.6billion nuclear-powered submarine dubbed the ‘most capable ever built’ for the Royal Navy has been pictured setting sail for the first time.

HMS Audacious, one of seven Astute-class attack subs being built by BAE Systems, departed Barrow-in-Furness, Cumbria, on Tuesday for its maiden journey.

The ultra-advanced warship, said to ‘set a new standard in weapons load and stealth’, is armed with spearfish heavy torpedoes and Tomahawk cruise missiles.

Around 39,000 state-of-the-art anti-acoustic tiles make the colossal 320ft, 7,400 tonne sub move through the water without making any more noise than a baby dolphin. 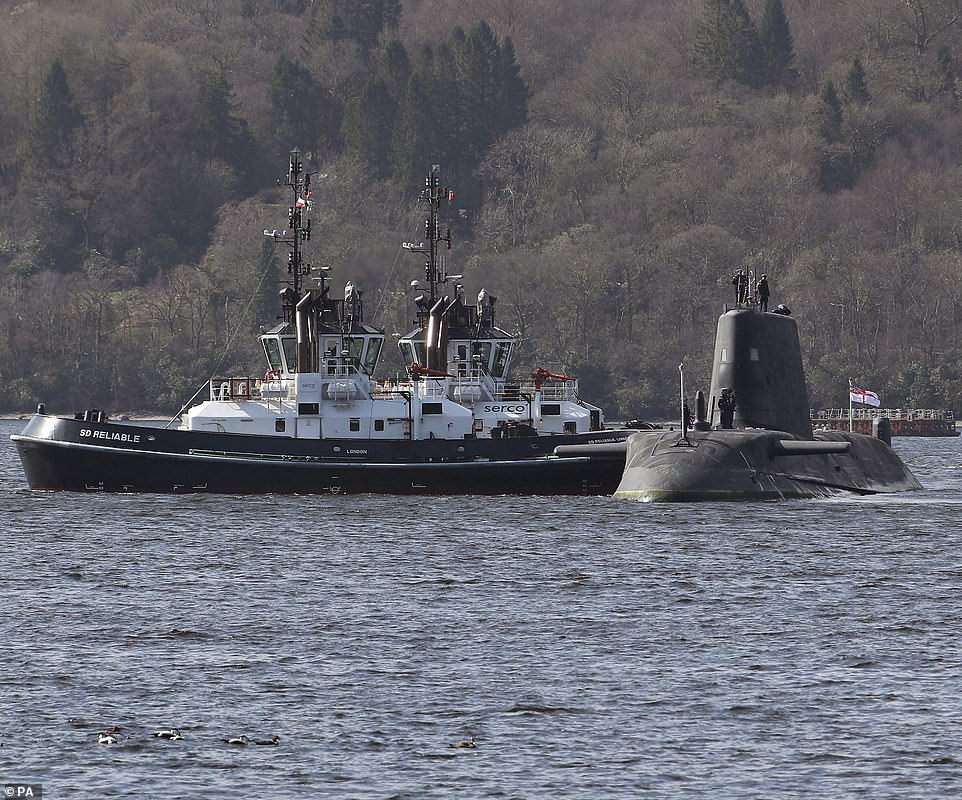 HMS Audacious, described as the ‘most capable’ submarine ever built for the Royal Navy set off for its first outing on Tuesday 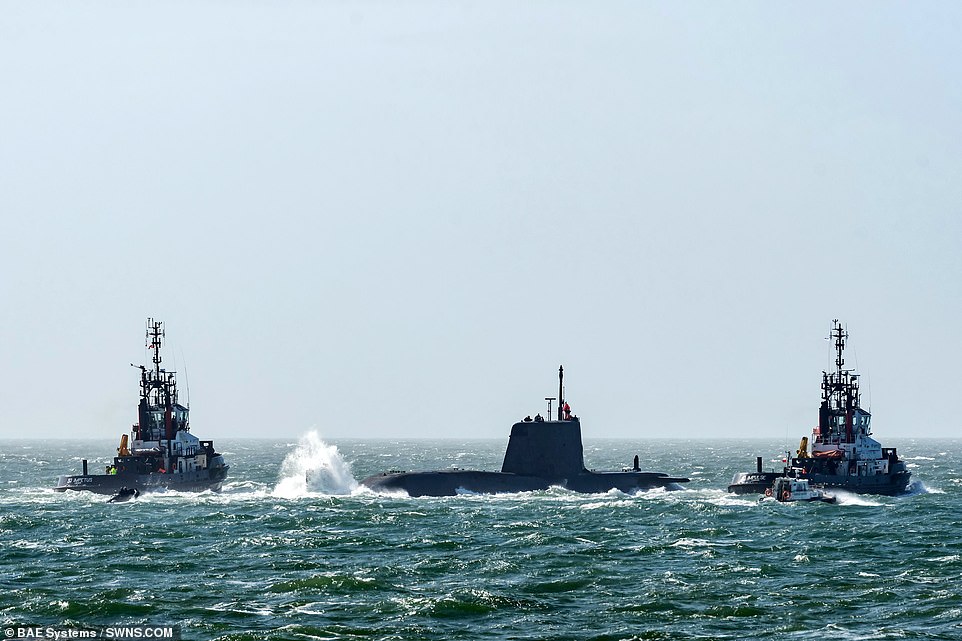 The submarine uses around 39,000 state-of-the-art anti-acoustic tiles to ensure it makes no more noise than a baby dolphin 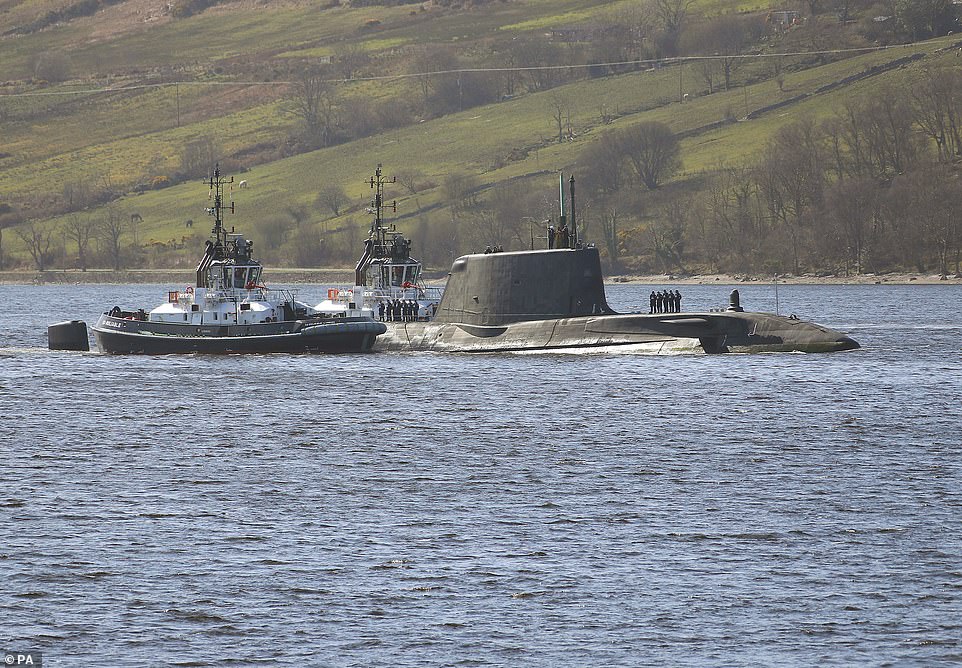 The £1.6billion nuclear-powered ship is armed with both spearfish heavy torpedoes and Tomahawk cruise missiles for attack 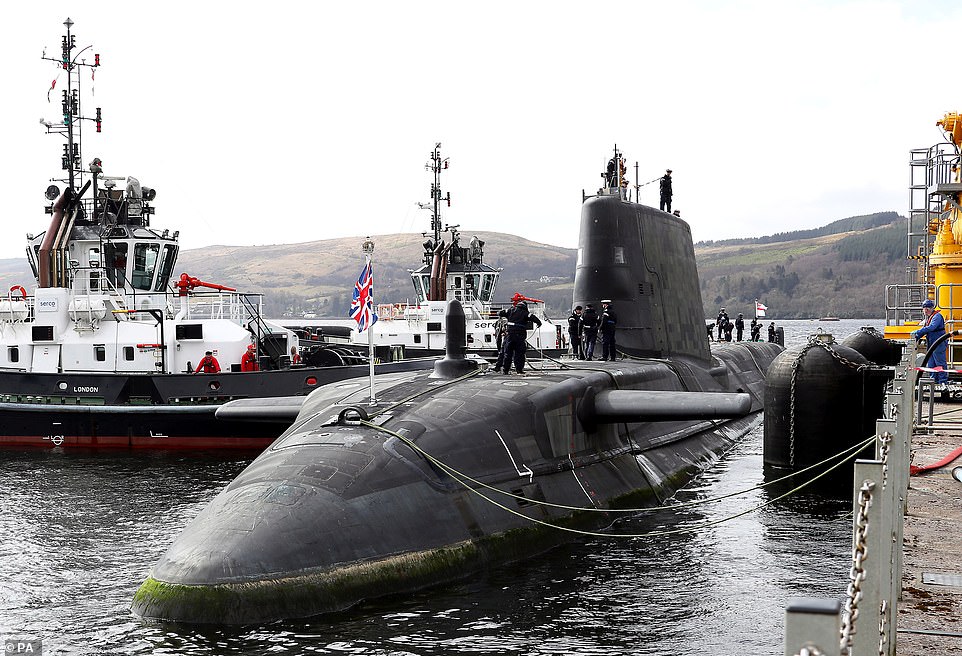 A short voyage from Barrow-in-Furness, Cumbria, where the submarine was built by BAE Systems saw HMS Audacious return to the surface soon after at Her Majesty’s Naval Base Clyde, which is the home of the UK’s Submarine Service

The state-of-the-art submarine weighs 7,400 tonnes, the equivalent of 65 blue whales, is longer than 10 double-decker buses and can hold enough food on board to remain at sea with a crew of 98 people for three months

HMS Audacious has been built to include 39,000 state-of-the-art anti-acoustic tiles. The rubber tiles work by breaking up sound waves that bounce against the hull – the metal on the exterior of the submarine – to dramatically reduce noise levels.

HMS Audacious includes nuclear reactors that boast a 25-year lifespan. It allows the crew to create air and water, reducing the need to return to the surface.

State-of-the-art sonar systems on board allows HMS Audacious to detect other ships from 3,000 nautical miles away – that’s the distance between New York and the English Channel.

Two masts carry low-light and thermal imaging cameras to provide a 360-degree image to the submarine captain three seconds after being activated.

On board nuclear reactors with a 25 year life create air and water, meaning the warship can circumnavigate the globe without needing to resurface.

The sonar system on Astute-class subs enable them to detect ships from 3,000 nautical miles away, which is the distance between the English Channel and New York

Its inaugural voyage was a short journey to Her Majesty’s Naval Base Clyde, which is the home of the UK’s Submarine Service.

Cliff Robson, Managing Director of BAE Systems Submarines, said: ‘This is an incredibly difficult time for employees, their families and the community.

‘But, as is often the case in times of great adversity, it has been truly humbling to see everyone come together to support the Government’s critical defence programmes and help deliver HMS Audacious.’

Ian Booth, Chief Executive of the Submarine Delivery Agency, said: ‘The departure of HMS Audacious from Barrow is a key milestone in the Astute-class programme.

‘The delivery of our incredibly complex submarine programmes depends on the extremely skilled submarine workforce and close collaboration with our industrial partners across the supply chain to deliver a first class product for the Royal Navy. 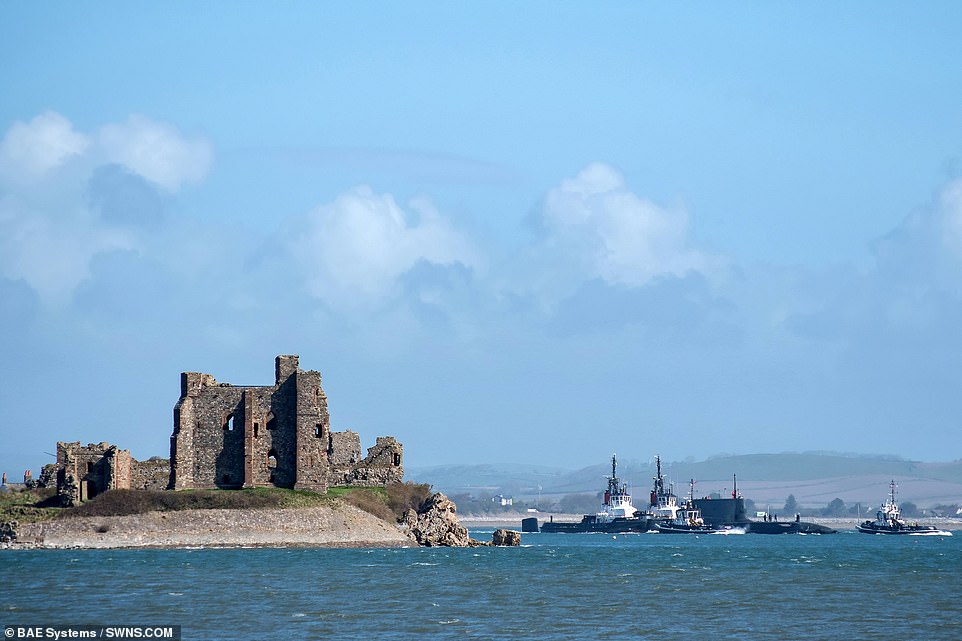 The submarine departed from Barrow-in-Furness, Cumbria, as it glided quietly through water due to its special technology 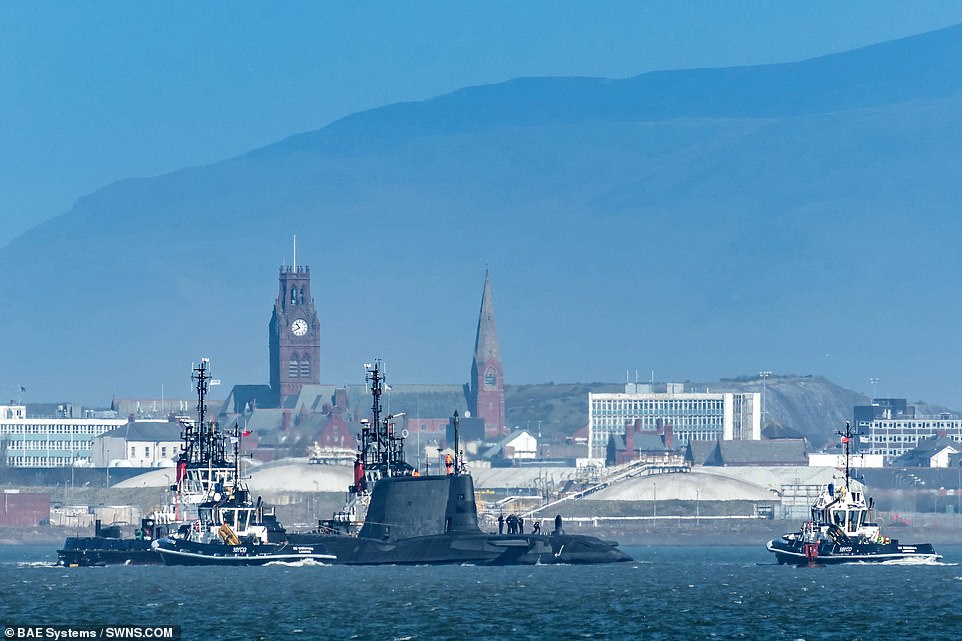 HMS Audacious is one of Astute-class submarines and becomes the fourth in service, with the final three still in construction 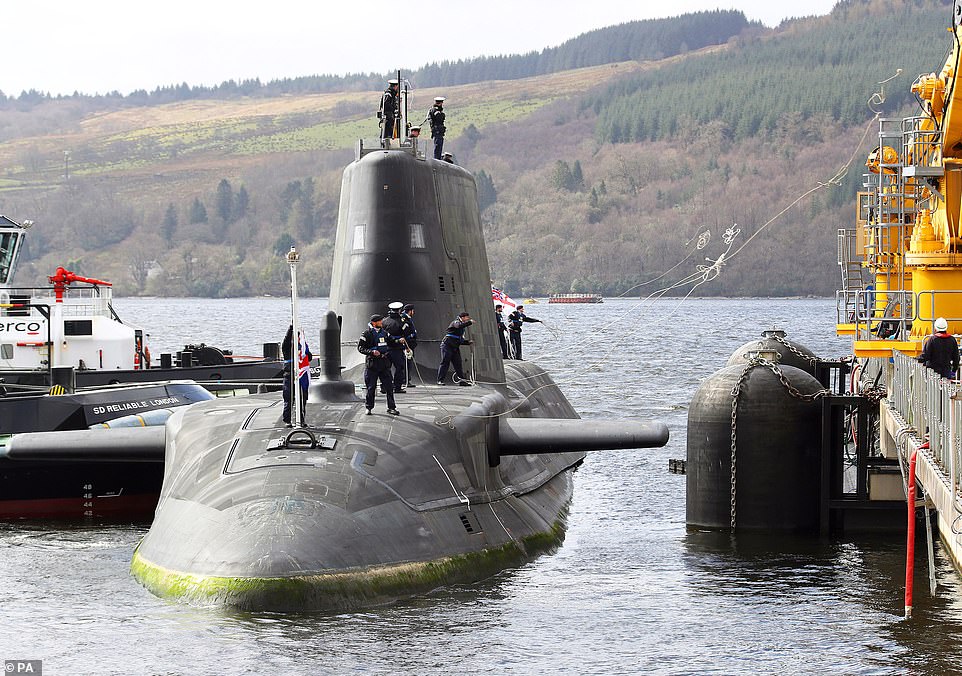 ‘I am extremely grateful to everyone involved in the significant efforts to meet this milestone and the key roles they have played in the shadow of these unprecedented circumstances to get HMS Audacious to sea.’

The boat’s departure comes days after the Permanent Secretary of the Ministry of Defence, Sir Stephen Lovegrove, thanked the defence industry for its efforts to continue to deliver critical and nationally important defence operations and programmes during the difficult and unprecedented times the country is facing.

Audacious was officially named during a ceremony at BAE Systems’ Submarines site in Cumbria, back in December 2017.