MORE young women are being hospitalised with Covid than before, Sage has warned.

The underlying reasons are yet to become clear, but experts said it could be because women tend to do the food shopping and take children to school. 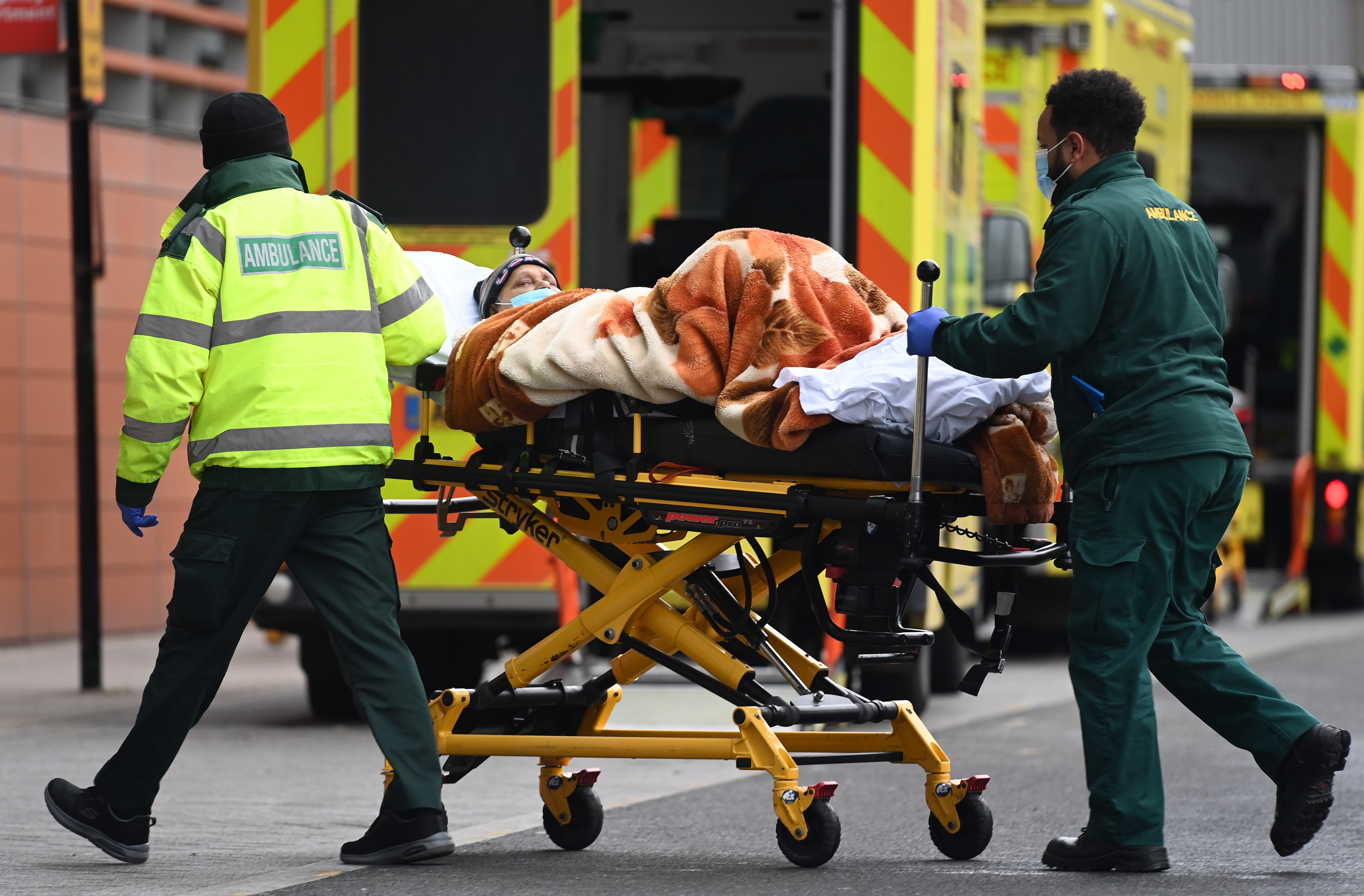 It comes amid the spread of new coronavirus variants, which are said to have an advantage for entering cells.

In a meeting on January 21, Sage – the scientists advising the Government – discussed rising rates of women in hospital.

The minutes, which were published on Friday, said: “Data indicate that there are differences in the age and sex distribution of people being hospitalised in the second wave when compared to the first, including an indication of an increase in hospitalisations of younger women.

“The underlying reasons for this are unknown.”

Carl Heneghan, director of the Centre for Evidence-Based Medicine, University of Oxford, said the data should be “treated with caution”.

But Dr David Stain, a senior clinical lecturer at the University of Exeter Medical School and doctor treating Covid patients, warned “women should be wary”.

He said a possible reason to explain the figures could be due to women’s behaviour.

Dr Strain told the Sun: “Since early on we have been risk assessing people in essential and frontline roles, and it has been apparent that females, particularly younger females, have a lower risk of ending up in ITU or dying of Covid-19.

“As employers responded to this, it resulted in these lower risk individuals getting higher exposure to the virus.

“Tied in with this, we are still living in a society dominated by everyday sexism. I am not endorsing in any way, but this weekend when I did the weekly shop, it was almost exclusively women in the supermarket.

“Possibly aligned to the perception of lower risk, possibly associated with the stereotypical gender roles or for many other reasons, women take on more of the essential activities that involve mixing.

“For those who have children that are still at school, it is much more likely for mums to drop off at the school gate than dads.

“These are the places where the virus is most likely to spread.”

Sage said there was “no evidence” that the new UK strain – which is more transmissible and deadly – was causing more women to pick up coronavirus.

Dr Strain said “no evidence” did not mean it couldn’t be ruled out.

“This variant has a better ‘key’ to enter the cells which is why it is more transmissible from person to person,” he said.

“This better key means that doors that were previously closed can be now be opened, and once the virus is in the body it causes exactly the same disease, which is why the in hospital fatality rate is exactly the same.”

Scientists believe the reasons women have been more resistant to the virus, compared with men, is because they have fewer ACE2 receptors.

ACE2 receptors are what the virus uses to enter cells and start replicating, and they’ve been shown to be more exposed in men.

The new strain may find it easier to cause disease in those who have lower ACE2 levels, Dr Stain said.

“Fewer ACE2 receptors effectively means fewer locks for the keys to use, but if you suddenly have a better key the same exposures that previously may not have caused an infection now does. It will be a long time before we can prove this.”

What does the data show?

The data is from the COVID-19 Clinical Information Network (CO-CIN), which reports to Sage on the characteristics of people admitted to hospital with Covid in the UK.

It shows that women are now more equally seen in hospitals with Covid. In the first wave, men were seen at higher rates.

Data of “all cases'' shows that 45 per cent of hospital admissions were women. Since August, this has risen to 46.3 per cent.

But the data also shows that in the age bands between 15 to 34 years, and the very elderly, there are more women than men in hospital with Covid. 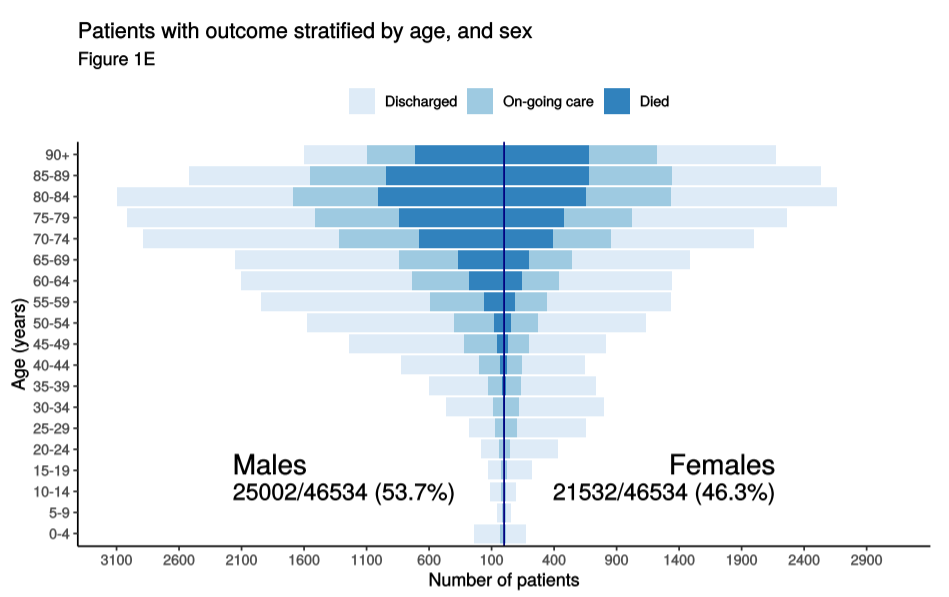 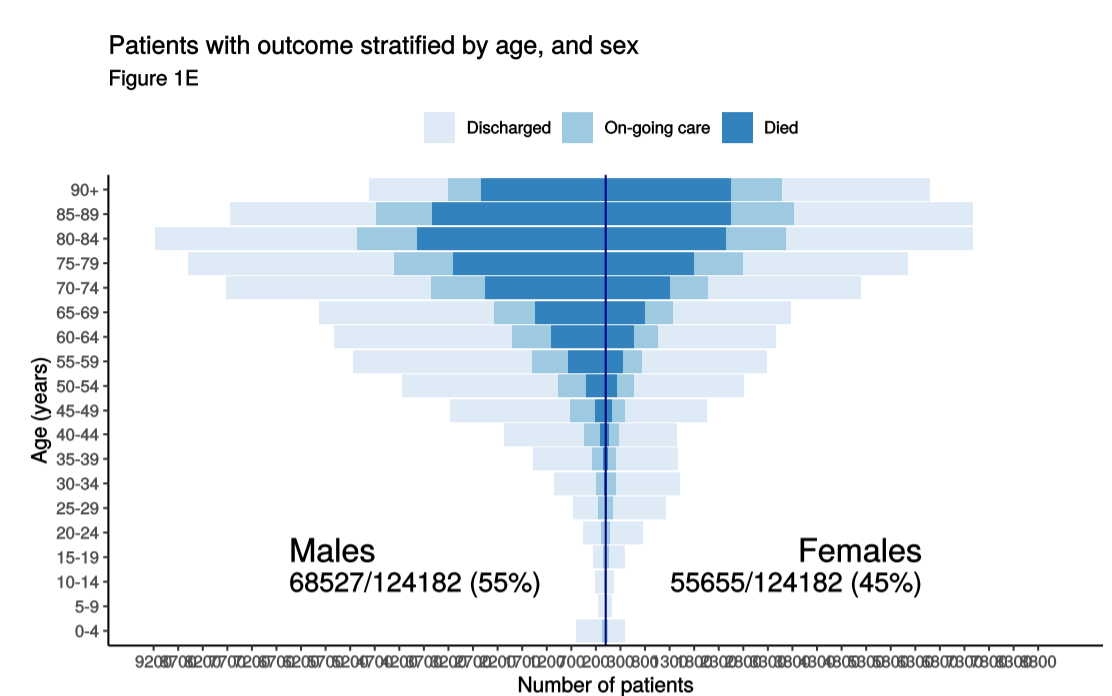 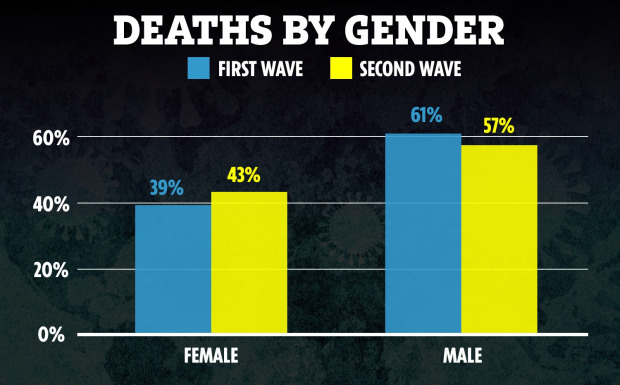 Professor Duncan Young, a retired professor of intensive care medicine, University of Oxford, said: “The elderly is simply explained by the fact that there are more old women as they live longer than men on average.

"I have no explanation for the extra female cases in the younger group.”

He noted death rates were extremely small in the younger age bands.

Dr Strain said the “observation was robust” and at his own hospital, “we used to have three bays of men, and one bay of women. Now it’s two bays each”.

But Prof Heneghan, GP and professor of evidence-based medicine, told The Sun: “Given everyone who enters hospital irrespective of the reason is tested, then I’d treat this with caution.

“For example you can be counted if you are going in to give birth and test positive.

“What we want to know is how many women have ovid, how many have active infection and how many recovered.

“Unfortunately the sloppiness of the data in this pandemic means know one is asking the epidemiological questions that matter.”

It comes after NHS data suggested women are dying in more equal proportions to men in the second wave compared to the first.

Men are still dying in higher numbers than women overall, but there is more of a balance between the genders now compared to the spring.

In the first wave, 61 per cent of deaths were men, and 39 per cent were women.

It means men still have higher rates of death than women, making up nearly two thirds of these deaths.

The Sage paper said the Office for National Statistics is analysing O-CIN data to see why women may be showing in hospitals more now than before.

But it noted the task was challenging because of “difficulty in obtaining unified data on occupation” – a key indicator of risk for the coronavirus.