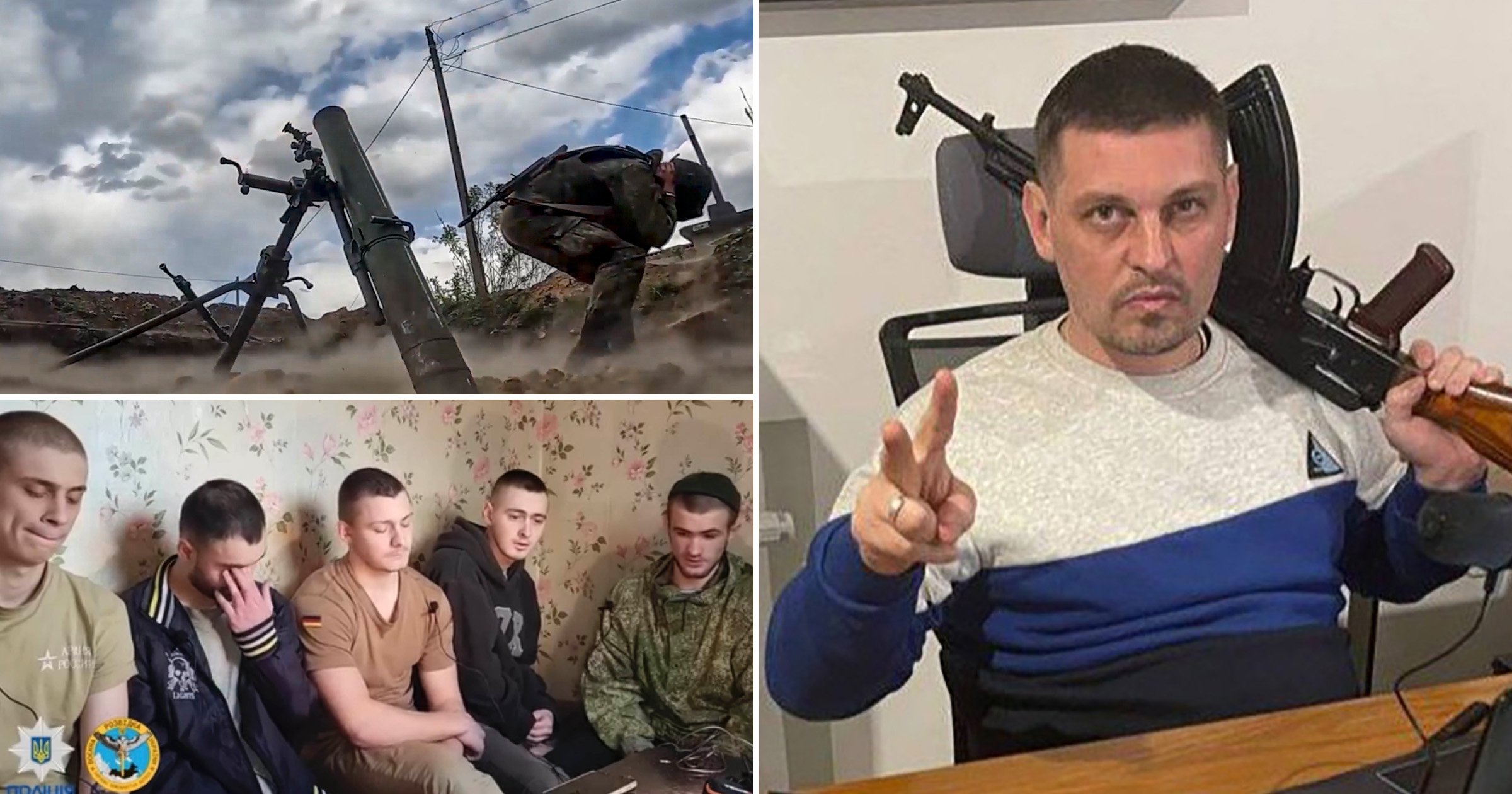 Injured Russian soldiers are being shot rather than treated, captured troops have revealed.

A lieutenant-colonel has been accused of fatally shooting multiple wounded fighters.

He reportedly asked one soldier if he could walk, and when he was told ‘no’, responded with a gunshot.

They were interviewed by journalist Volodymyr Zolkin, who has been speaking with captives for Open Media Ukraine.

One soldier explained how commanders ‘finished off their wounded’.

Recalling the story of the lieutenant-colonel’s first victim, he said: ‘It was a young man, he was wounded.

‘He was on the ground. He was asked if he could walk, so he was shot dead with a gun.’

A second soldier said on the video then said: ‘The most important thing – this wasn’t a single case.

‘The Lieutenant-Colonel was walking around.’

The third soldier then grimly demonstrates a shooting motion, and says the commander’s victims were shot four or five times each.

He added: ‘They could have been rescued, given help, taken out of there. He simply shot them dead.’

Details of the captured Russian soldiers have not been unveiled, nor the location of the atrocities they discuss in the interview with Mr Zolkin.

Putin’s spokesman Dmitry Peskov told Ostorozhno Media that the Kremlin has ‘no information’ on either the bodies of the dead soldiers.

He said others had been deliberately wounding themselves to get out of fighting.

They hope to be classed as ‘Cargo 300’ which means they would be sent back to Russia.

Ushakov, 20, said he knew of two soldiers who shot and killed themselves on the front line.

He said: ‘Everyone was panicking, and wanted to leave, but there was no way.

‘The only option to go was as 300. Some people couldn’t bear it, and shot themselves dead.’