Vladimir Putin has signed a bill which will formally withdraw Russia from an international treaty allowing spy flights over member states.

It comes after Donald Trump withdrew the US from the pact last year, and President Biden said last month that he has no intention to re-enter the agreement.

The treaty – dubbed Open Skies – had allowed signatories to make short-notice, unarmed observation flights over other countries that had signed up to the pact, including over military bases.

The idea was to promote stability and prevent conflicts by giving each country a clear idea of what the others were doing, particularly when manoeuvering troops or military hardware.

Russia’s withdrawal will take effect in six months. The US completed its withdrawal in November last year. 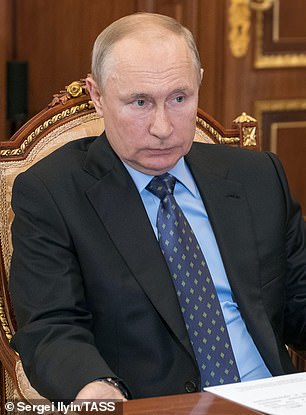 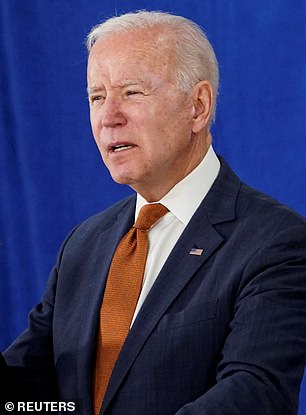 The idea behind the Open Skies pact began under President Dwight Eisenhower who proposed an agreement between world powers back in 1955.

In 1989 the Open Skies regime was devised under George Bush Sr.

The Open Skies Treaty was signed in 1992 by countries including the US, UK, France, Germany, Russia, Belarus and Ukraine, and took effect in 2002.

More than 1,500 flights have been conducted under the treaty since it took effect in 2002, helping foster transparency and monitor arms control agreements.

Open Skies is just one of a number of arms control treaties that date back to the Cold War that were abandoned under Donald Trump, including the INF Treaty which banned the development of short and medium-range nuclear missiles.

At the time, Trump blasted the agreements as unfair because they hampered the ability of America and Russia to develop new nuclear weapons while imposing no such limits on China.

President Biden and his Russian counterparts have signalled a desire to renegotiate some of the pacts, but relations between Washington and Moscow have dramatically soured since and the path forward is now unclear.

Biden and Putin are set to have a summit in Geneva next week when it is hoped some ideological differences can be ironed out and progress made on key issues, including arms control.

Also on the agenda will be Russia’s annexation of Crimea, human rights violations including the hijack of a Ryanair flight over Belarus, the jailing of critic Alexei Navalny, and hacks of American infrastructure that the US blames on Russia.

But Russia’s Deputy Foreign Minister Sergei Ryabkov said last week that Open Skies is unlikely to feature since the US has made its position on the pact ‘clear’.

Russian lawmakers in both the upper and lower houses of parliament had earlier voted in favour of ending Moscow’s participating in Open Skies.

Members of the accord included countries across Europe, the former Soviet Union and Canada.

Moscow and Washington had long accused each other of breaching the terms of the agreement, and then-US president Donald Trump formally pulled the US out last November.

The pact allows members to request copies of images taken during surveillance flights carried out by other members.

A country under surveillance is given 72-hours’ warning ahead of a flight and 24-hours’ notice of the flight path, to which it can suggest modifications.