Gas appliances including heaters, hot water services and cooktops would be phased out under a proposed moratorium on new gas connections to Victorian households to help the state achieve its 2030 target to cut carbon emissions by up to 50 per cent.

The City of Yarra is the first council to pledge to switch its buildings, including pools and community centres, from gas to renewable electricity by 2030 and wants the state government to back a ban on gas connections in new homes. 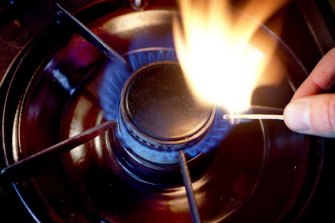 Victoria is the highest user of gas in the country.Credit:John Woudstra

Victorians are the nation’s biggest users of natural gas for heating, hot water and cooking due to the state’s historically cheap and plentiful supply piped in from Bass Strait since the 1970s.

“I love cooking on gas too, but there are certain luxuries that we are going to have to abandon if we are serious about climate change,” City of Yarra mayor Gabrielle de Vietri said.

“We have a huge opportunity to make a significant impact by moving away from gas.”

About 19 per cent of Australia’s emissions come from natural gas, according to think tank the Grattan Institute, and almost half of the nation’s total residential gas consumption is used solely to heat Victorian homes.

The state’s hot water services account for about 16 per cent of Australia’s residential gas use, while cooking is just 1 per cent.

Tony Wood, energy program director at the Grattan Institute, said a moratorium on gas connections in other states made clear sense due to their relatively low usage. 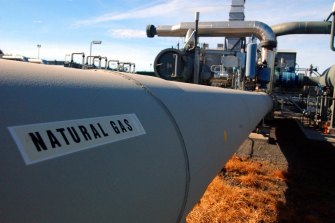 The Grattan Institute says the role of gas will inevitably shrink in Australia because of high costs and the need to cut emissions.Credit:James Davies

However, Victoria was more challenging because of the state’s higher reliance on gas, particularly for heating, he said.

Aside from electricity, he said other mooted clean energy sources were hydrogen or biomethane.

“We can’t just keep burning gas. The priority needs to be, where do we need to get to, what’s the most efficient way?” he said.

“My suspicion is electricity is the answer but the journey would not be without challenges. No one is going to like being told you can’t have a gas stove any more but it might have to happen.” 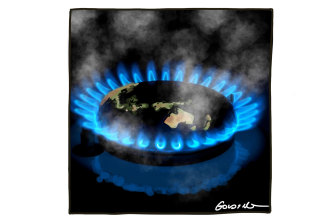 Environment Victoria campaigns manager Nicholas Aberle said there was significant momentum to shift away from gas in households.

Environment Minister Lily D’Ambrosio said a shift to electricity was part of a plan being developed by the state government to address the way households use gas.

“[The plan] will help Victoria meet emissions-reduction targets through more efficient use of gas, increased use of hydrogen and biogas and increased electrification of Victoria’s homes and businesses,” she said.

Infrastructure Victoria is preparing a report for the state government on the future of gas, while a gas substitution road map will also establish targets for using other energy sources.

“Clearly, stopping new gas connections has to be on the table,” Dr Aberle said. “It just doesn’t make sense to keep expanding the gas network when we know electricity is the smarter, cleaner and cheaper way of powering a house.”

The gas industry argues that the fuel source should be a key part of any clean energy future.

“Even the government’s own modelling shows more gas will be needed to reach climate targets. Gas has a critical role in any clean energy future. It’s affordable and reliable.”

The City of Yarra has committed to transitioning all council buildings — such as senior citizen centres, pools and childcare facilities — from gas to renewable electricity by 2030.

The council, which covers inner Melbourne suburbs including Richmond, Collingwood, Fitzroy, Carlton North and Abbotsford, is dominated by Greens councillors.

Yarra has also proposed that all new developments have net zero emissions, which would mean a ban on gas connections. Any change to the planning scheme would require approval by Planning Minister Richard Wynne.

Other parts of the world have recently moved towards banning new gas connections, including New Zealand and several parts of California. The ACT, which uses more gas than Tasmania, Queensland and the Northern Territory, has also signalled a shift away from the energy source.

Tim Forcey, a former oil and gas engineer and gas adviser to the Australian Energy Market Operator, said if Victoria were to have any hope of meeting its net-zero target, it must remove 300 households from the gas network every working day between now and 2050.

“The obvious first step is to stop connecting new buildings to gas,” he said.

Gas burnt for energy production is about a third as carbon-intensive as burning coal, hence its reputation as a cleaner energy source.

However, as gas was not competing with coal to heat Victorian homes or water, it was not necessary to use at all, Mr Forcey said.

He said it was cheaper and, as the electricity network was becoming cleaner, more environmentally friendly for home owners to use reverse-cycle air conditioners for heating.

When gas escapes into the atmosphere unburnt from ground wells or via the pipeline network it is about 86 times more potent a greenhouse gas than carbon dioxide – the main byproduct of burning coal for energy – over 20 years.