Rapist Harvey Weinstein should get a prison sentence that reflects not only his conviction for sexually assaulting two women, but a ‘lifetime of abuse towards others,’ New York prosecutors said in a court filing on Friday.

Throughout his adult life, Weinstein has shown a ‘staggering lack of empathy, treating others with disdain and inhumanity,’ Manhattan District Attorney Cyrus Vance’s office said in a letter to Justice James Burke, who is scheduled to sentence Weinstein on Wednesday.

‘He has consistently advanced his own sordid desires and fixations over the well-being of others,’ prosecutors wrote. ‘He has destroyed people’s lives and livelihoods or threatened to do so on whim.’

Prosecutors did not recommend a specific sentence in the filing for Weinstein, who faces a maximum sentence of 29 years in prison. 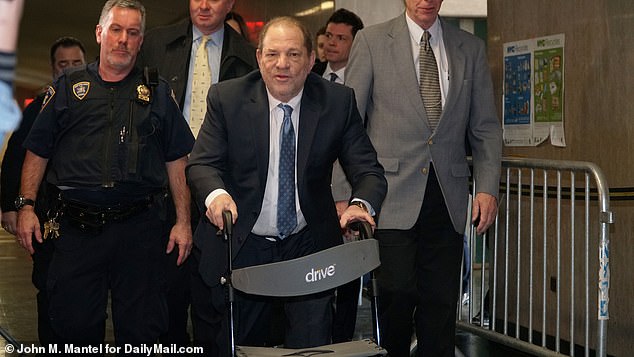 Rapist Harvey Weinstein (center) should get a prison sentence that reflects a ‘lifetime of abuse towards others,’ New York prosecutors said in a court filing on Friday 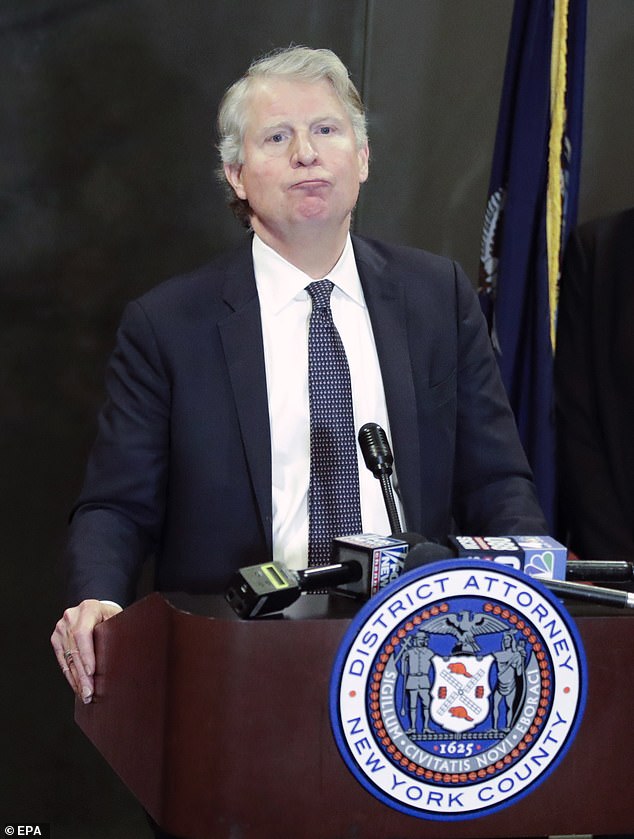 Manhattan District Attorney Cyrus Vance’s (above) office made the argument in a letter to Justice James Burke, who is scheduled to sentence Weinstein on Wednesday

In the filing, prosecutors detailed a litany of allegations starting with a claim by a woman that she woke up in the middle of the night in a Buffalo, New York, hotel room in 1978 to find Weinstein on top of her and “forcing himself sexually on her.”

Prosecutors said that encounter fit a pattern that continued for decades: Weinstein getting young women alone in hotel rooms and other settings before sexually attacking them, often while trying to trick them into thinking it was a path to stardom.

One of Weinstein´s lawyers, Arthur Aidala, declined comment on Friday. He said the defense would file a response on Monday.

The jury of seven men and five women acquitted Weinstein on the most serious charges, which carried a potential life sentence.

Those charges relied on testimony by actress Annabella Sciorra, who said Weinstein raped her in the early 1990s. 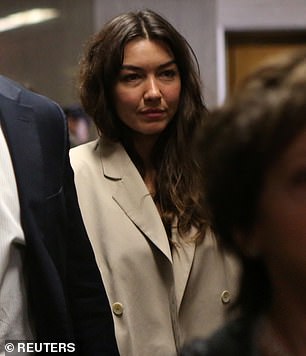 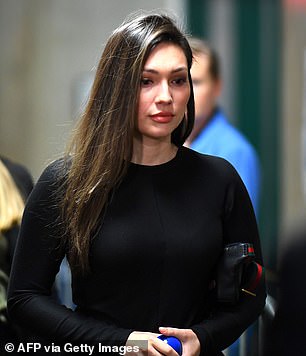 In addition to Haleyi, Mann and Sciorra, prosecutors called three more women to testify against Weinstein, portraying him as a serial predator who had manipulated women with promises to open doors in Hollywood, coaxing them to hotel rooms or private apartments, and then overpowering and violently attacking them.

Throughout Weinstein’s trial, the defense said regret drove his accusers to reframe consensual encounters as crimes. Weinstein’s lawyers zeroed in on friendly messages and ongoing contact between the women and Weinstein.

More than 80 women, including famous actresses, have accused Weinstein of sexual misconduct stretching back decades, fueling the #MeToo movement against sexual abuse and harassment. He denied the accusations and said any sexual encounters were consensual.

In Friday’s filing, prosecutors listed more than a dozen accusations going back to 1978, when they said he sexually assaulted an employee of his Buffalo, New York-based music company in a hotel room.

The prosecutors argued Justice Burke should consider the alleged incidents even though they were never criminally charged.

They also accused Weinstein of verbally and physically abusive behavior in the workplace dating back to the 1990s.

Weinstein is awaiting sentencing in New York’s Rikers Island jail, where he was moved Thursday after a 10-day hospital stay following his conviction.

He still faces sexual assault charges in Los Angeles, which were announced just hours after his New York trial began on January 6. Dozens of women have also filed civil lawsuits against him.