Rutgers University research professor Andrew Brooks, who developed the first Covid-19 saliva-based test to help diagnose the virus, has died of a heart attack at the age of 51.

Brooks, who has played a significant role in the fight against the pandemic, died unexpectedly on January 23, the university said in a statement. 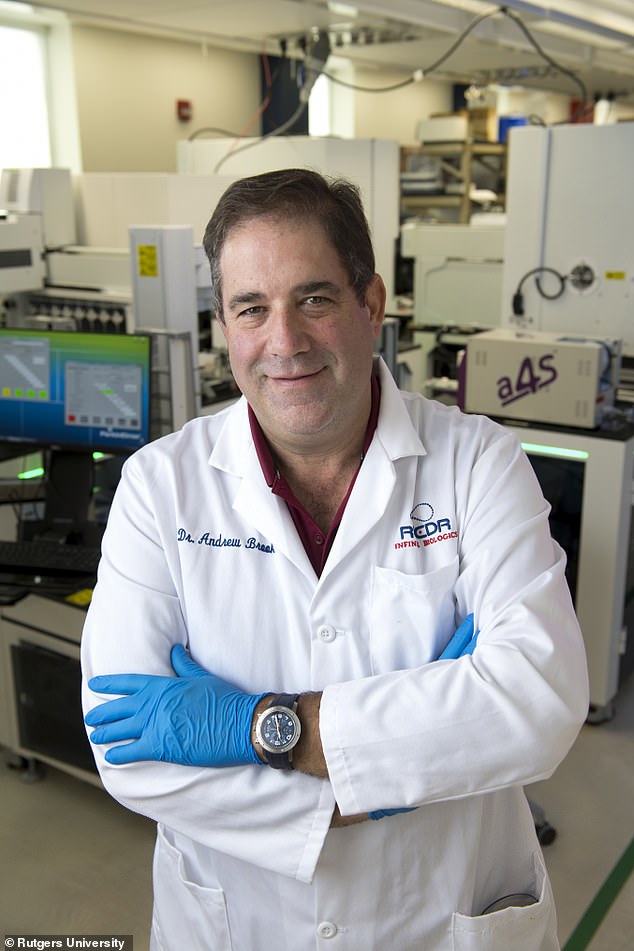 Rutgers University research professor Andrew Brooks, who developed the first Covid-19 saliva-based test to help diagnose the virus, has died of a heart attack at the age of 51

The father-of-three, from New Jersey, was the chief operating officer and director of technology development at RUCDR Infinite Biologics, the lab that created the saliva test.

Their creation of the first coronavirus saliva-based test which helps diagnose Covid-19 received FDA emergency approval in April last year and a month later it became the first of any test approved for home use.

The saliva test was a new approach that helped expand testing options. The collection of saliva samples is much easier than gathering the previously required samples, which had to be taken from far up the nostril toward the back of throat.

New Jersey Governor Phil Murphy recognized Brooks and his contribution to help stem the spread of Covid-19 in the state and around the country.

He called him ‘one of our state’s unsung heroes’ in a January 25 press conference, and said his work on the saliva test had ‘undoubtedly saved lives’.

‘We cannot thank Andy enough for all he did across his career,’ Governor Murphy said. ‘He will be sorely missed by many.’

‘Andy and I were close,’ said Jay Tischfield, founder and CEO of RUCDR. ‘We often commented that I was old enough to be his father, and I often thought of him as a son. 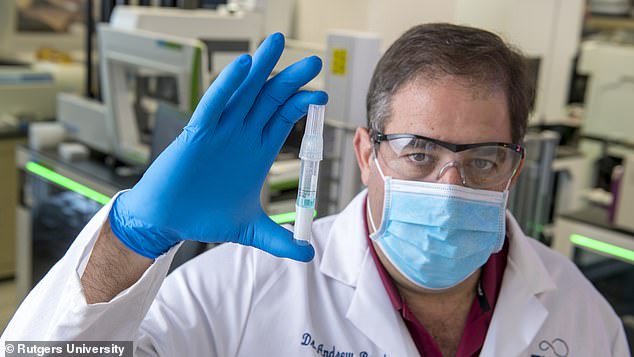 ‘We will be fondly remembers by the large cohort of scientists whose research he facilitated across many years.’

Brooks received a PhD in neuroscience from the University of Rochester and later became its director of Medical Center Core Facilities.

In 2009, he became chief operating officer and director of technology development of RUCDR where he and his team developed the revolutionary Covid-19 saliva test.

He also served as the Chief Science Officer for Spectrum Solutions. Bill Phillips, COO of the company, paid tribute to the team’s ‘dear friend’.

He said: ‘It is rare indeed to find a person who selflessly and passionately dedicates their life to saving the lives of others.

‘Andy not only earned every shred of respect and accolade due to him for his professional achievements, he also prized every handshake, hug, thank-you, and smile he received along the way.

‘We will certainly miss his leadership and brilliant mind, and deeply mourn the loss of our dear friend.’

Throughout his career, Brooks has co-authored more than 70 publications and provided support and guidance to large research projects focused on the genomic etiology of human diseases and the effects of environmental exposures.

Brooks also served for 17 years as an adviser to the Food and Drug Administration as director of the Harlan GeneScreen Laboratory and as co-founding director of the BioProcessing Solutions Alliance.

Brooks is survived by his wife Jill; his three daughters Lauren, Hannah and Danielle; his mother Phyllis Brooks and sister Janet Green and a niece and nephew.