PRO-TRUMP demonstrators have been protesting outside the home of Attorney General Bill Barr, demanding that he takes action against the President's Democratic rivals.

Protesters were spotted in McLean, Virginia on Saturday by a neighbor, who claimed they were there to express frustration that the Attorney is not doing enough to "lock up Joe Biden", Washington Post journalist Glenn Kessler reports. 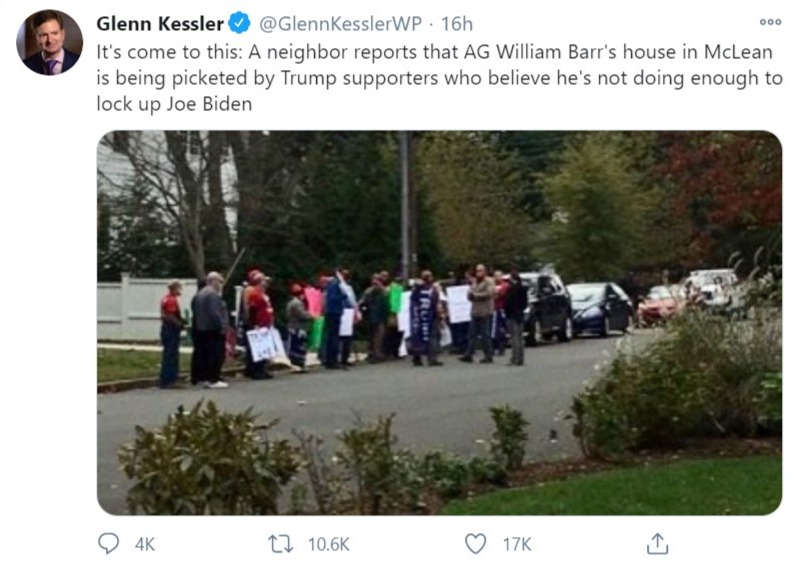 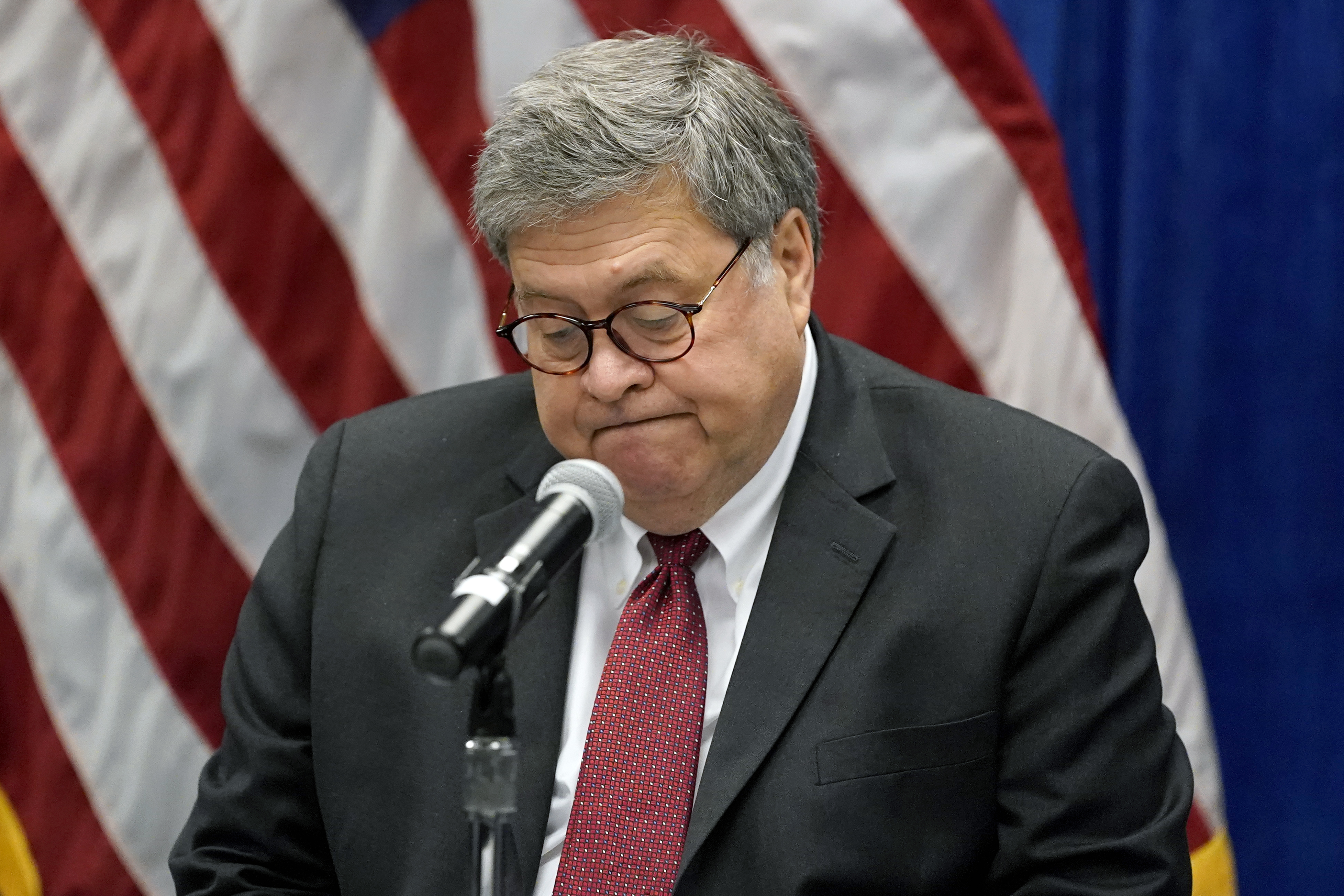 Barr went outside to greet the crowd and spoke to the protesters.

He explained the role of the Department of Justice before shaking hands and posing for pictures with the group, Mail Online reports.

Pictures show that there was a white horse in the neighborhood, although it's not known why it was there.

Trump has repeatedly expressed frustration that the DoJ has not taken harsher action against his Democratic rivals.

The president was increasingly critical about the lack of arrests when an FBI investigation into the origins of the Russian collusion probe was launched.

Trump's team thought that the investigation, led by Connecticut US attorney John Durham, would expose "wrongdoing" when the FBI opened a case into potential Russian collusion between the Trump campaign and Moscow in 2016.

He was reportedly furious when he learned that Durham would not be announcing any major indictments prior to Tuesday's presidential election. 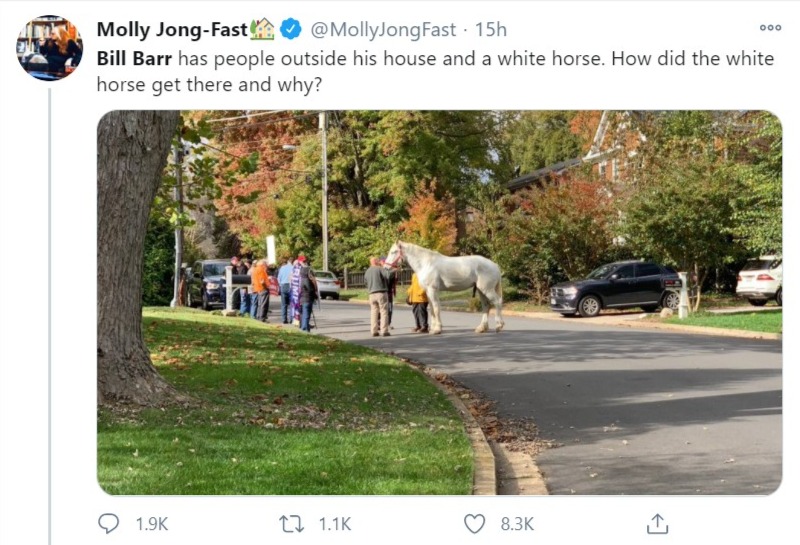 There has only been one criminal case – involving a former FBI lawyer who pleaded guilty to altering a government email about a former Trump adviser who was a target for FBI surveillance, the Las Vegas Sun reports.

Emails were revealed amid scrutiny over Hunter's job at oil and gas giant Burisma, regarding his relationship with Ukraine and subsequent Trump impeachment investigations.

The emails appear to show that VP Biden met with Burisma exec Vadym Pozharskyi while on a trip to the US – something which he has denied on several occasions.

It's not the first time that protesters have demonstrated outside the Attorney General's home.

Left-wing activists gathered outside his home in August, accusing Barr of corruption in his role as the federal government's top law enforcer.

They criticized him for not supporting Black Lives Matter protests and accused him of enabling him in "fascism". 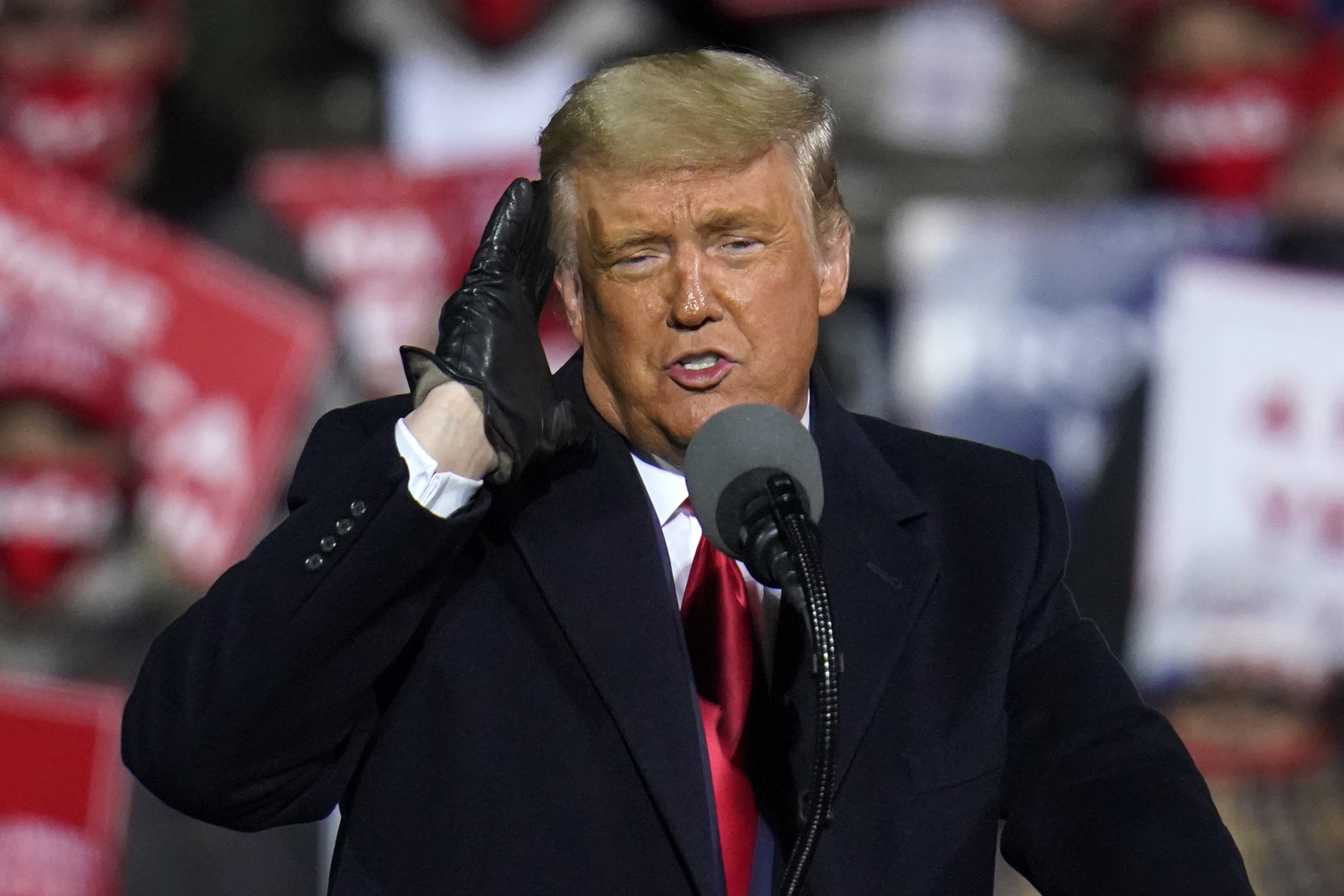