Prince Harry has found himself surrounded on all sides by ‘Team Meghan’ at the couple’s new home in Los Angeles, the Daily Mail can reveal. Several of her closest friends live near the vast £14.5million villa the Duke and Duchess of Sussex have moved into in star-studded Beverly Hills with its famed 90210 postcode.

They include key figures in Meghan’s life such as long-term friends Benita Litt, Heather Dorak and Abigail Spencer. Meghan, 38, has told pals she is delighted to be back in her hometown and near friends and her mother, Doria Ragland. But friends of Harry, 35, have voiced fears that he has few contacts or friends in LA, and will be reliant on his wife’s close circle of confidantes.

The Mail reported yesterday that the couple and son Archie have moved into an eight-bedroom villa owned by Hollywood tycoon Tyler Perry, 50, once rated as the highestpaid man in entertainment. The villa, set in 14 acres, offers the Duke and Duchess maximum security as it sits at the top of a hill inside the exclusive Beverly Ridge Estates gated community. 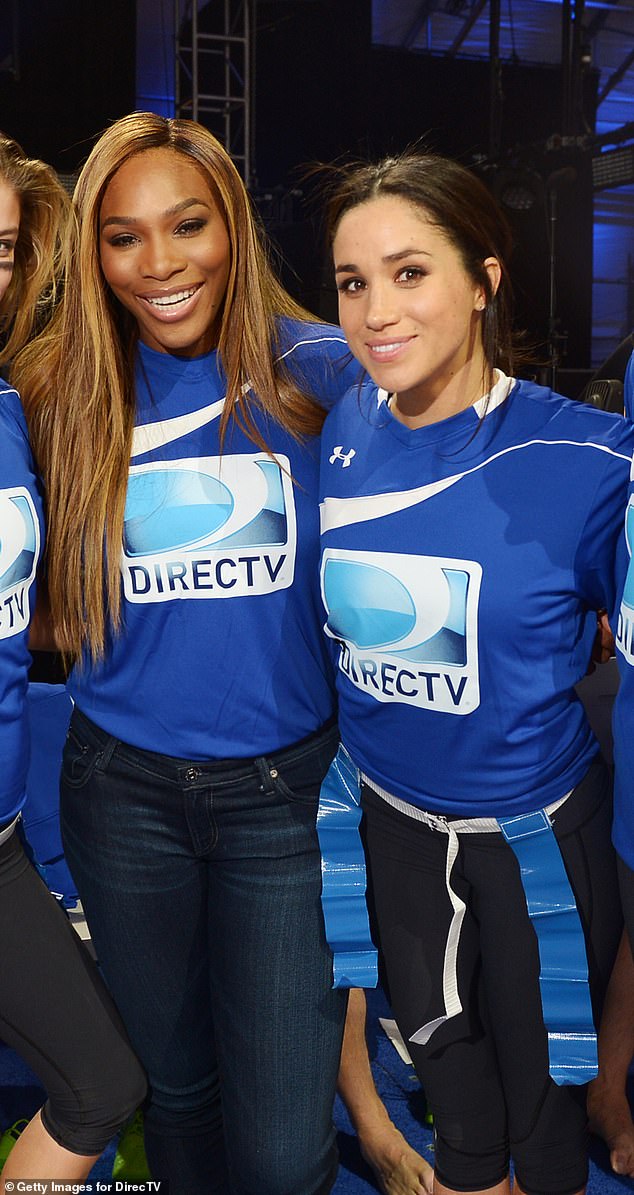 Serena Williams and Meghan Markle participate in the DirecTV Beach Bowl at Pier 40 on February 1, 2014 in New York City 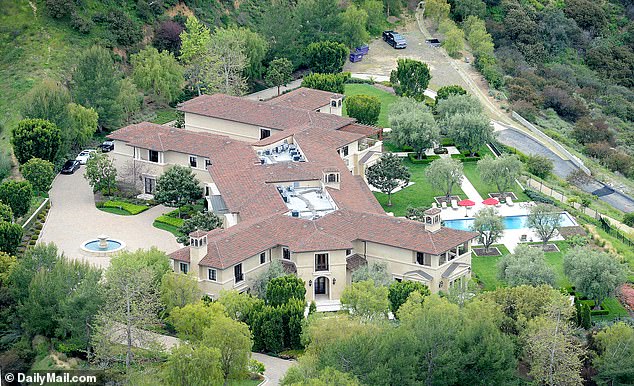 Tyler Perry’s house, where Harry and Meghan are staying in LA. The couple are thought to be guests rather than renting

New York gossip column Page Six suggested the family were ‘house guests’, rather than renting the empty mansion from actor and comedian Mr Perry, who is thought to be 2,000 miles away in Atlanta, Georgia. Mr Perry is said to have sent his £120million private jet to whisk Harry and Meghan from their previous base in Canada to LA.

The secret flight explains how the couple were able to make such a big move without being seen in public. An insider said: ‘It was a well-planned operation that appears to have worked perfectly.’ Meghan’s friend Serena Williams, also 38, lives in a neighbouring gated community with her husband and their daughter Alexis Olympia, two.

Of her long-term friends, Benita is based a short drive away in Venice Beach, on the Pacific coast. Meghan is godmother to her two young daughters, who were bridesmaids at her wedding to Harry. Pilates instructor Heather – who Meghan once described as her ‘bestie’ – is just up the coast in Santa Monica.

The married mother-of-two was one of the first friends to visit Meghan on Vancouver Island after she and Harry announced they were stepping back from royal duties. Former Suits actress Abigail Spencer, also 38, another long-term friend, lives in Studio City in LA.

Conservation campaigner Jane Goodall said she had spoken to Harry last month and revealed he was finding his new life somewhat difficult. She said: ‘I don’t know how his career is going to map out, but, yes, I’ve been in touch – though I think he’s finding life a bit challenging right now.’

While Meghan has returned to her former hometown and friends, Harry has ‘isolated’ himself from his most loyal supporters, according to royal biographer Penny Junor. Writing in the Mail earlier this year, she said: ‘His former friends are desperately hurt. ‘Many would love to help him, yet he has isolated himself. That is not healthy. For prince or pauper, life is lonely without friends to lean on.’

Exclusive Beverly Ridge Estates has a guarded gate and is close to a private airport and some of the most sought-after private schools in LA. But the area could prove to be too expensive if Harry and Meghan want to buy, as they no longer receive money from the British taxpayer.