Police have clashed with a group of anti-capitalist activists who targeted the Bank of England and London Stock Exchange today.

Dozens of people, some wearing masks and scarfs to cover their faces, were seen being restrained and told to ‘move back’ by officers.

The two Green Anti-Capitalist Front events happened during their ‘Week of Action’, with them telling supporters online that ‘it’s time to fight back for the planet.’

Video filmed outside the London Stock Exchange showed activists releasing blue smoke into the streets and trying to push towards a line of City of London officers. 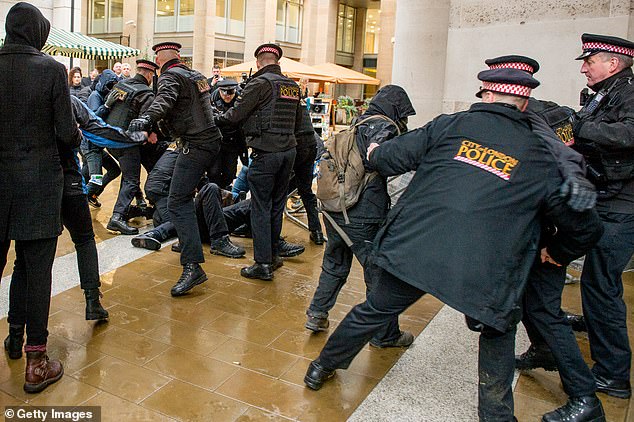 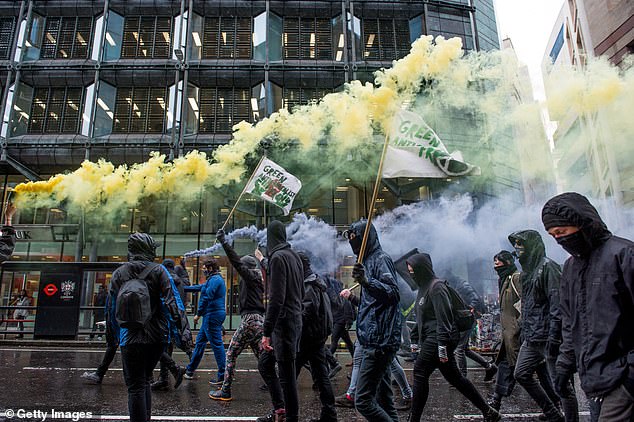 Other videos revealed the officers pushing the protesters back in an effort to keep control of the demo and the crowd at a distance.

As the demonstrators tried to get closer to the building, several officers shouted ‘move back’ before having to push at the activists.

While in another clip an officer is seen shoving into a protester, who is carrying a flag with a wooden pole, as they try to step closer to the main action.

The demonstration later moved to the Bank Of England, with that part scheduled to start from 2pm and last until 6pm. 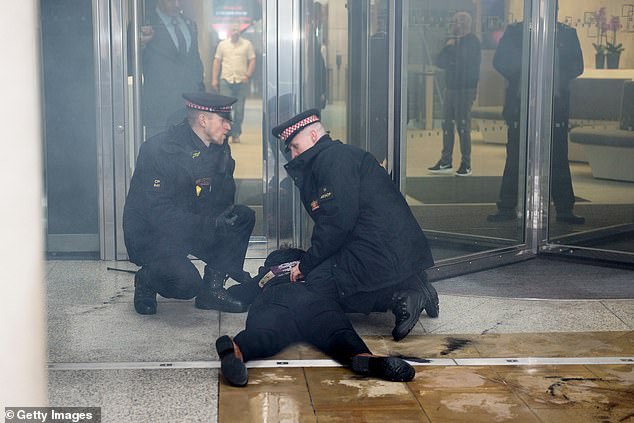 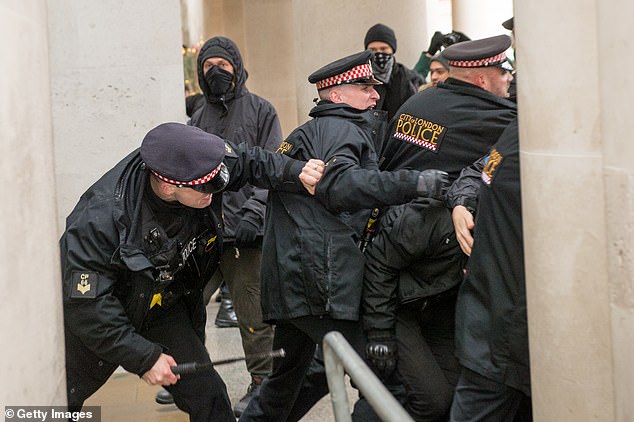 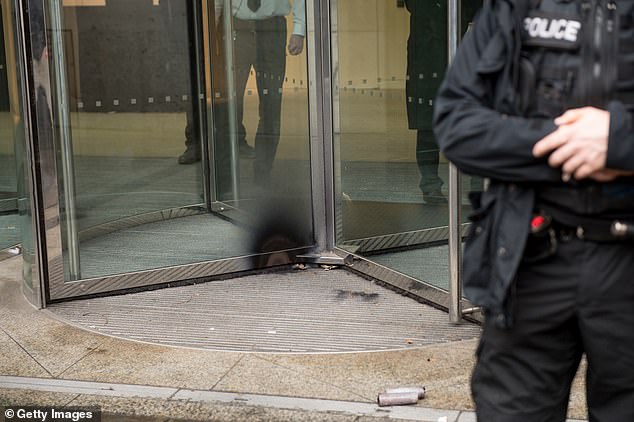 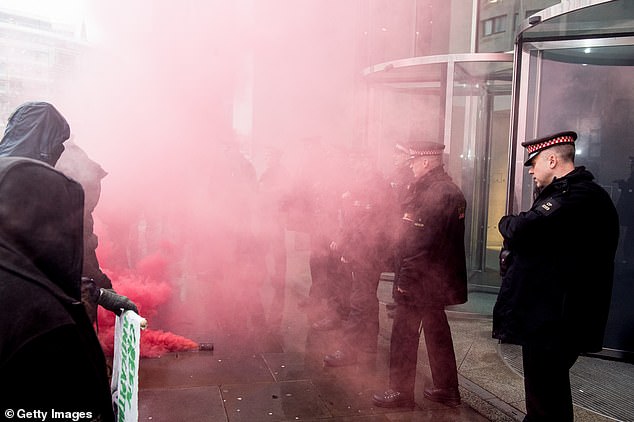 Dozens of people marched through the street while waving flags and some were seen being restrained by police officers.

Another clip filmed during the raucous appeared to show a police officer being hit by something thrown by a protester.

The officer fell to the ground and was seen too by their colleagues while three other policemen pushed back protesters.

As tensions rose the officers waved their batons and kicked out at the activists, all while a larger group protested behind them. 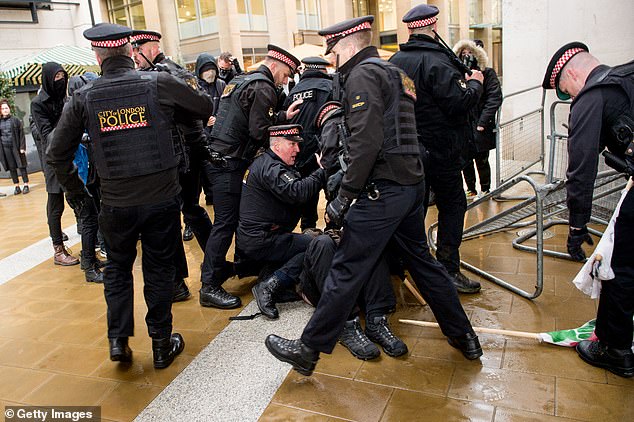 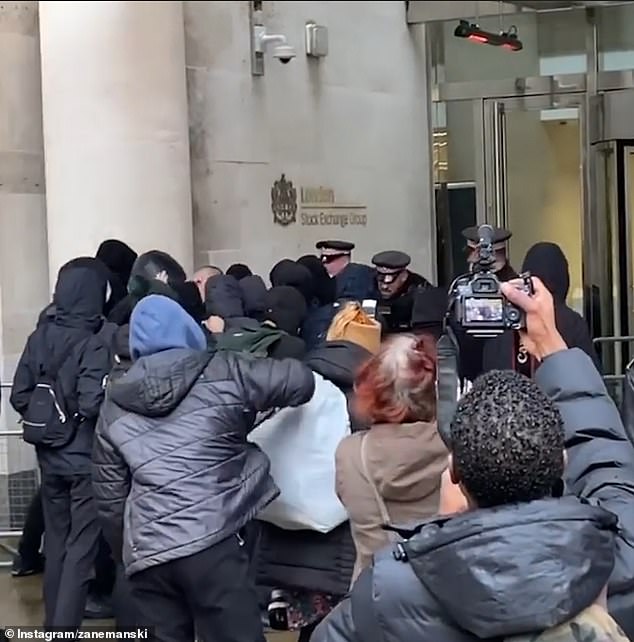 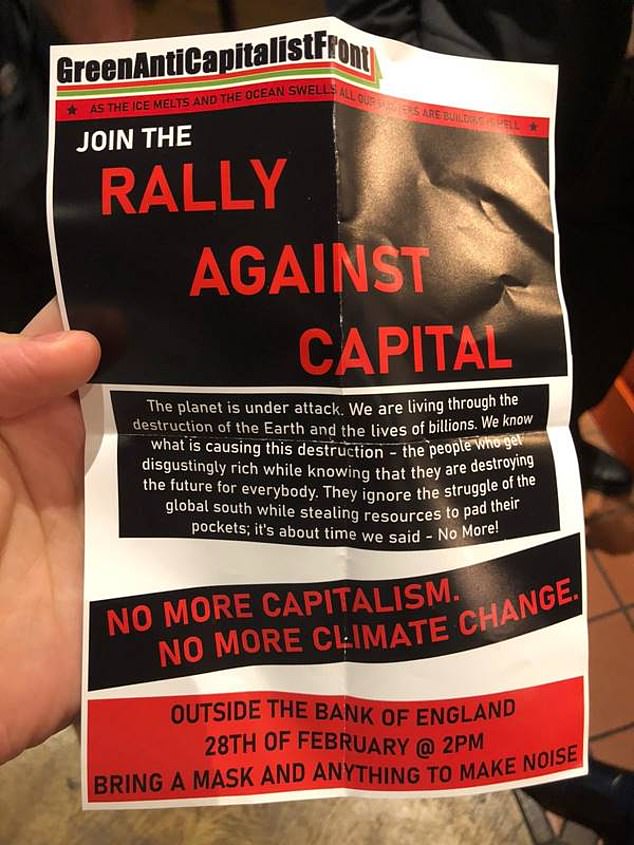 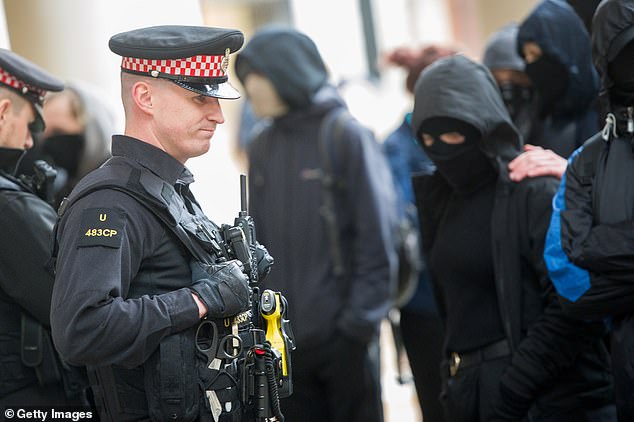 A leaflet from the clash read: ‘The planet is under attack. We are living through the destruction of the Earth and the lives of billions.

‘We known what is caughing this destruction – the people who get disgustingly rich while nowing that they are destroying the future for everybody.

‘They ignore the struggle of the global south while stealing resources to pad their pockets; it’s about time we said – No More!’

The group later tweeted: ‘As part of the #ClimateStrike #FridaysForFuture today we went to the #StockExchange to shut down their profiteering from the climate crisis

Fridays For Future is the movement which Swedish climate activist Greta Thunberg founded, with the teenager being in Bristol for a march today.

MailOnline has contacted the City of London police for a comment. 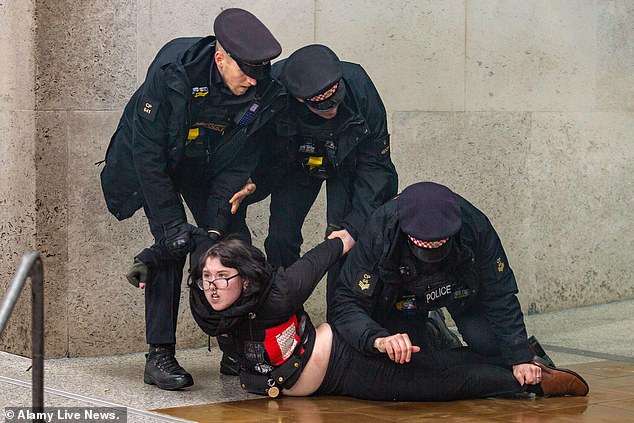 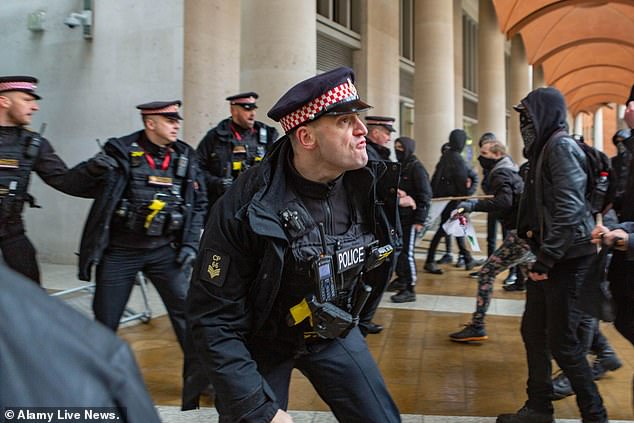 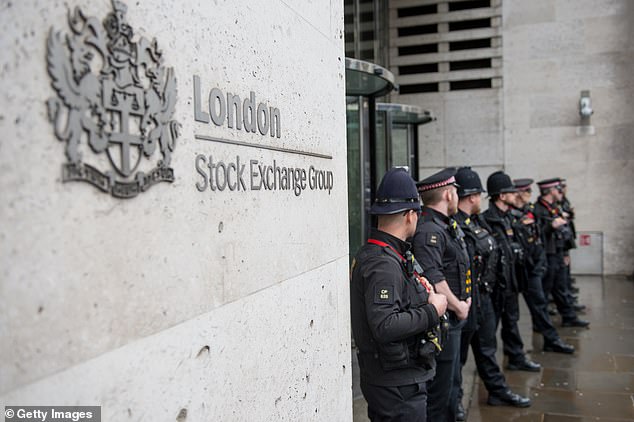 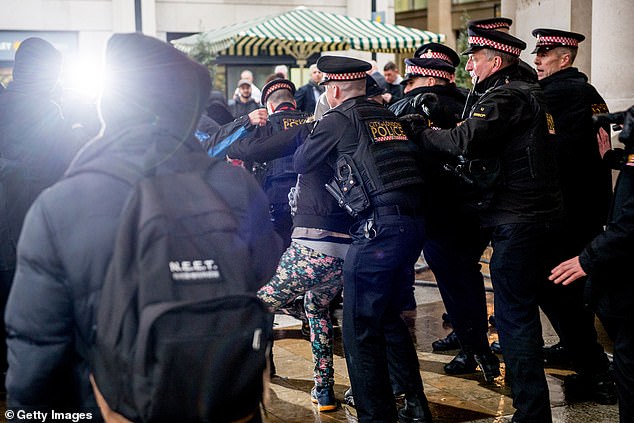