COPS have arrested two children after a pensioner was attacked in the street this morning.

Police officers were called to Newsome in Huddersfield, West Yorks., at 8.11am following reports that an elderly man had suffered a head injury. 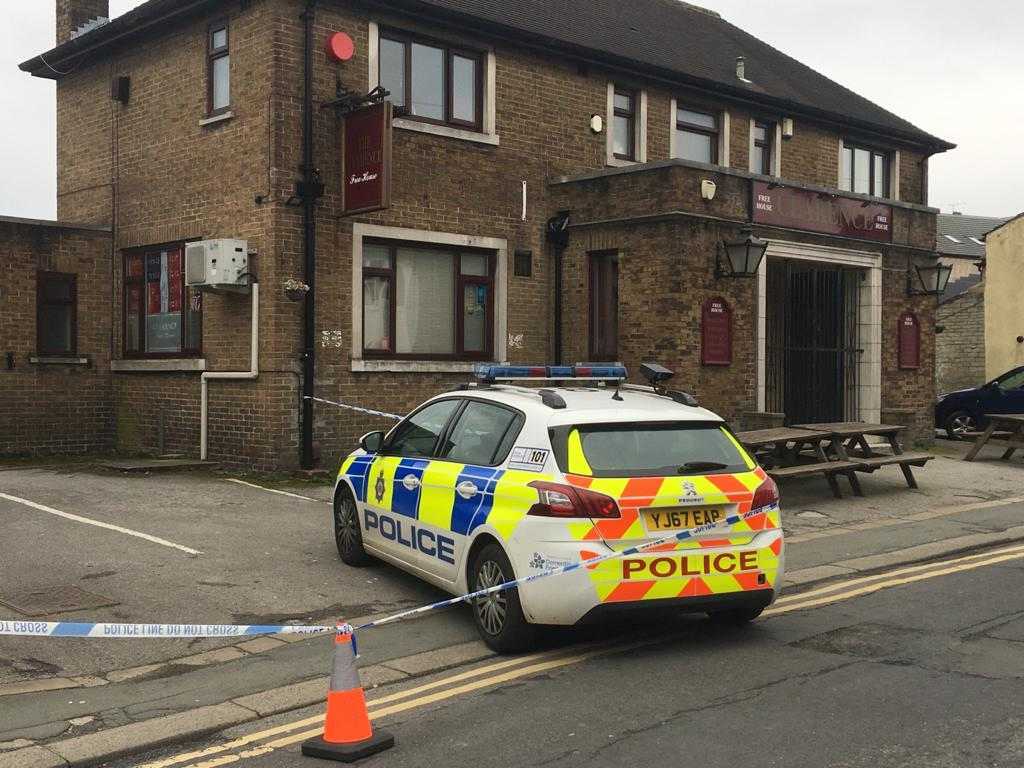 Police have cordoned off part of Towngate and a small pool of blood can be seen close to the Clarence pub, Yorkshire Live reports.

West Yorkshire Police today confirmed two males have been arrested in connection with the incident.

The Force have not confirmed their official age, but is understood that the suspects are just nine years old.

One horrified eyewitness said the victim was left with "a big crack in his head" after being attacked by two males.

A spokesperson for West Yorkshire Police said: "The call came in at 8.11am. A male has been taken to hospital with a head injury – not thought to be serious at this time.

"Two males have been arrested and enquiries are continuing."

Kirklees councillor, Andrew Cooper (Greens, Newsome), said today: "Obviously it's appalling when something like this happens.

"We have to get to the bottom of what happened here and make sure it is dealt with properly.

"The people involved need to recognise that this is unacceptable behaviour in a civilised society.

"Occurrences like this are very rare which makes it even more shocking when they do happen."