Boris Johnson’s decision to allow members of the public to travel to any public park has been hit with intense criticism from authorities across the United Kingdom.

The Prime Minister made a public address to the nation on Sunday evening where he announced the relaxation of some lockdown measures during the fight against coronavirus, which included allowing Britons to drive to and sunbathe in public parks with members of their households.

Derbyshire Police and Crime Commissioner and Labour politician Hardyal Dhindsa has led the vocal opposition to this decision, stating that allowing members of the public to travel long distances and take part in unlimited exercise does not protect anyone. 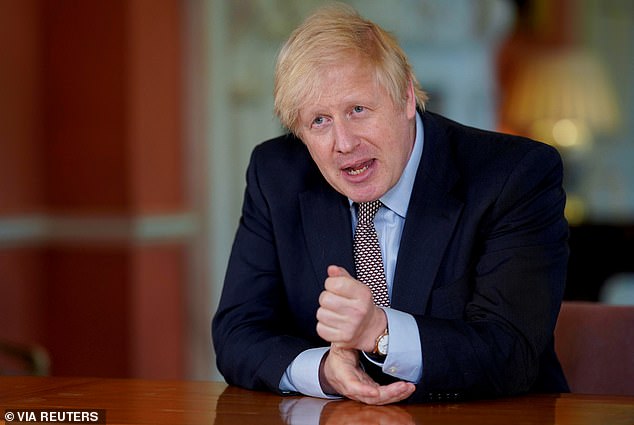 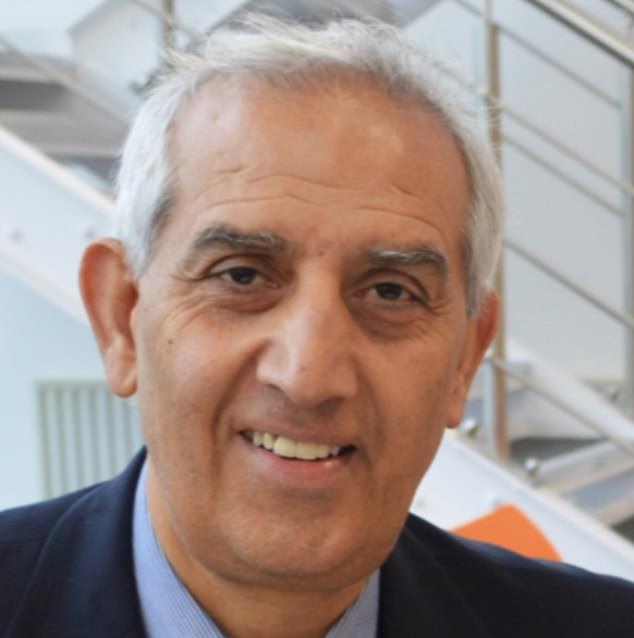 He said: ‘In England you can now apparently drive from Cornwall for a nice walk in the Peak District, and to be fair, vice versa.

‘This is potentially dangerous and the result of creating policy on the hoof.’

From Wednesday, the Peak District National Park in the Derbyshire area will be open to members of the public to take part in unlimited exercise.

Mr Dhindsa believes there is no benefit to allowing people all over the country to access the National Park and that the relaxation of the ‘stay local’ message simply risks spreading the virus even more.

He added: ‘From Wednesday onwards people in Derbyshire’s jewel, the Peak District National Park, will be expected to host visitors who will flock to the area – without any economic benefit, just the threat of a localised outbreak. 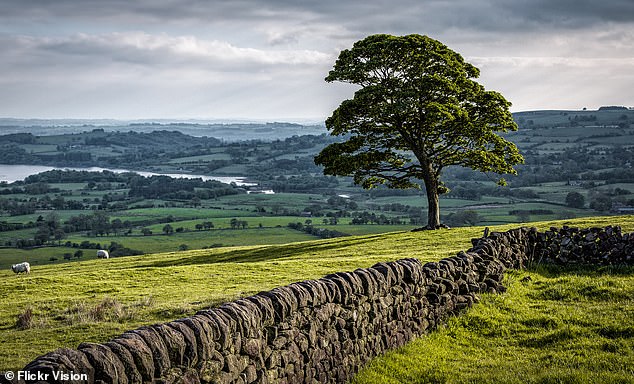 The Peak District National Park (pictured) is expected to receive large crowds when the PM’s easing of lockdown rules begin on Wednesday, with Mr Dhindsa stating that the rule has no economic benefits and only puts lives in danger

‘Many of these communities are inhabited by people the Government itself classifies as vulnerable.

‘How do I explain to my constituents what measures are in place to protect them, when the Government doesn’t appear to have considered this?

‘I care about these people, they are my community.’

Officials from the Peak District National Park say that hospitality businesses within the park remain closed, but has warned the public to take caution while visiting the popular park this week.

The park’s chief executive, Sarah Fowler, said: ‘Before your journey, carefully consider your own wellbeing and that of the Peak District’s many small communities.’

‘Continuing to use local parks and outdoor areas close to your home can continue to provide the crucial breathing space for you and for us, to ensure the Peak District can be a safe and welcoming place to visit in the weeks to come.’

Criticisms of the PM’s ruling on parks can also be found amongst officials from the Yorkshire Dales National Park, who are telling prospective walkers to stick to the ‘stay local’ message, irrespective of the government’s message. 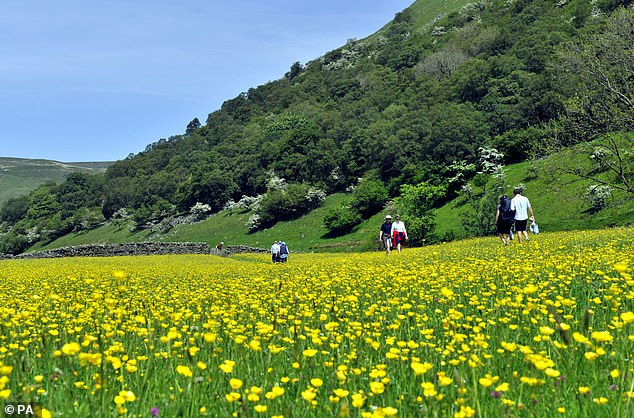 Officials in the Yorkshire Dales National Park (above) are advising the public to remain local when going out to find exercise, despite the PM relaxing the ‘stay local’ message 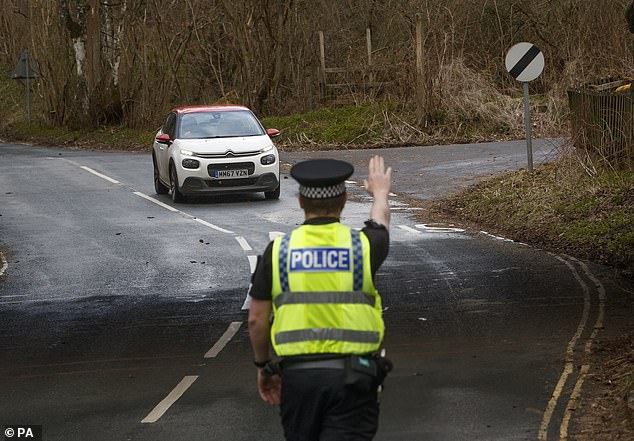 David Butterworth, the Yorkshire Dales National Park CEO, said: ‘We, along with many organisations with countryside facilities, have advocated a staged approach with an initial ‘stay local’ message to avoid unnecessary travel and minimise any tension between visitors and local communities.’

Earlier this week, tourism officials in Cumbria, where the Lake District National Park is situated, told the public to ignore the PM’s advice and not visit their tourist attractions.

Lake District officials also claim that Cumbria is the worst-affected region in the UK for coronavirus infection rates in their message to stay away. 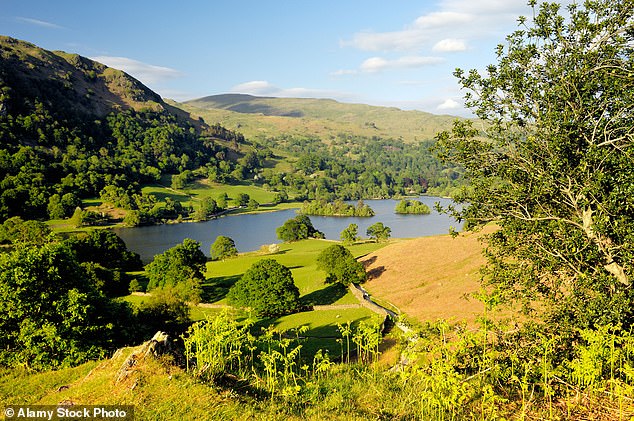 The Lake District National Park (pictured) is situated in Cumbria, which is reportedly the region with the worst coronavirus infection rate in the whole of the United Kingdom. Tourism fficials have also ask prospective visitors not to visit the park

National Park Authority CEO Richard Leafe added: ‘For now, we’re asking people not to rush back to the Lake District – help protect our communities, the fells will still be here when this passes.

‘When the time is right, we look forward to welcoming visitors back to the Lake District and have been working with partners to put measures in place that will help keep people safe, such as new car park information and availability to help plan ahead.’

Dartmoor National Park admitted they are looking into ways of maintaining social distancing guidelines in their park, but told the public to ‘please stay at home, avoid unnecessary journeys, exercise locally and follow social distancing and hygiene rules’ in the mean time. 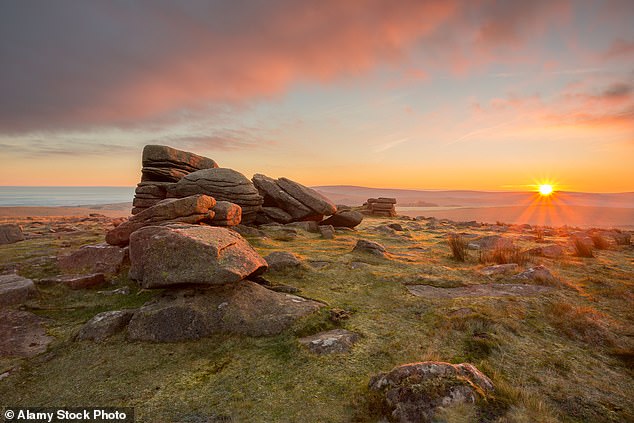 Meanwhile, chiefs at Dartmoor National Park (pictured) are discussing measures to help visitors respect social distancing guidelines, but have asked members of the public to stay at home in the meantime

Criticism of the PM’s latest speech has also travelled as far as Wales, with Plaid Cymru Police and Crime Commissioner Arfron Jones describing Mr Johnson’s easing of lockdown as a ‘total shambles’.

He also suggested the fines against those who break lockdown rules should be increased to £3,000 – the figure was raised by the PM to £1,000 over the weekend – to dissuade the public from heading outdoors.

In a statement with fellow Plaid Cymru politician Dafydd Llywelyn, Mr Jones said: ‘It was totally irresponsible of Boris Johnson to take such a cavalier attitude to people’s health and well-being. Keeping people safe is the first priority of the police which is why it is important for me to speak out.

‘Travelling to Wales for leisure and exercise is still classified as non-essential travel and increasing the fines, in line with the increase in England, would be good way of driving this message home.’