A PLAYFUL leopard cub leaps on his mum to surprise her after being seen stalking her for half an hour.

The cheeky youngster grappled with her before she calmed him down at Mashatu Game Reserve, Botswana. 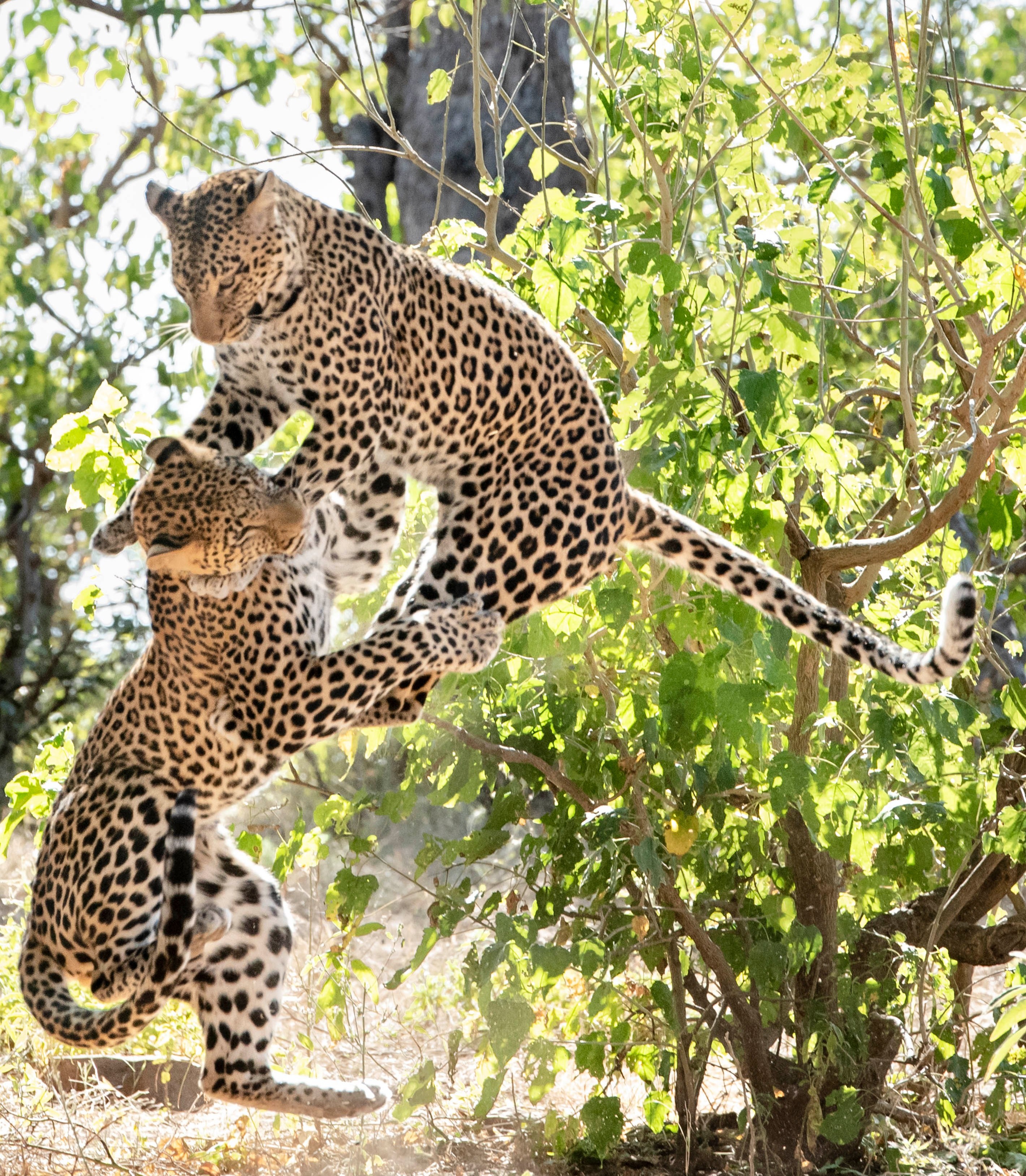 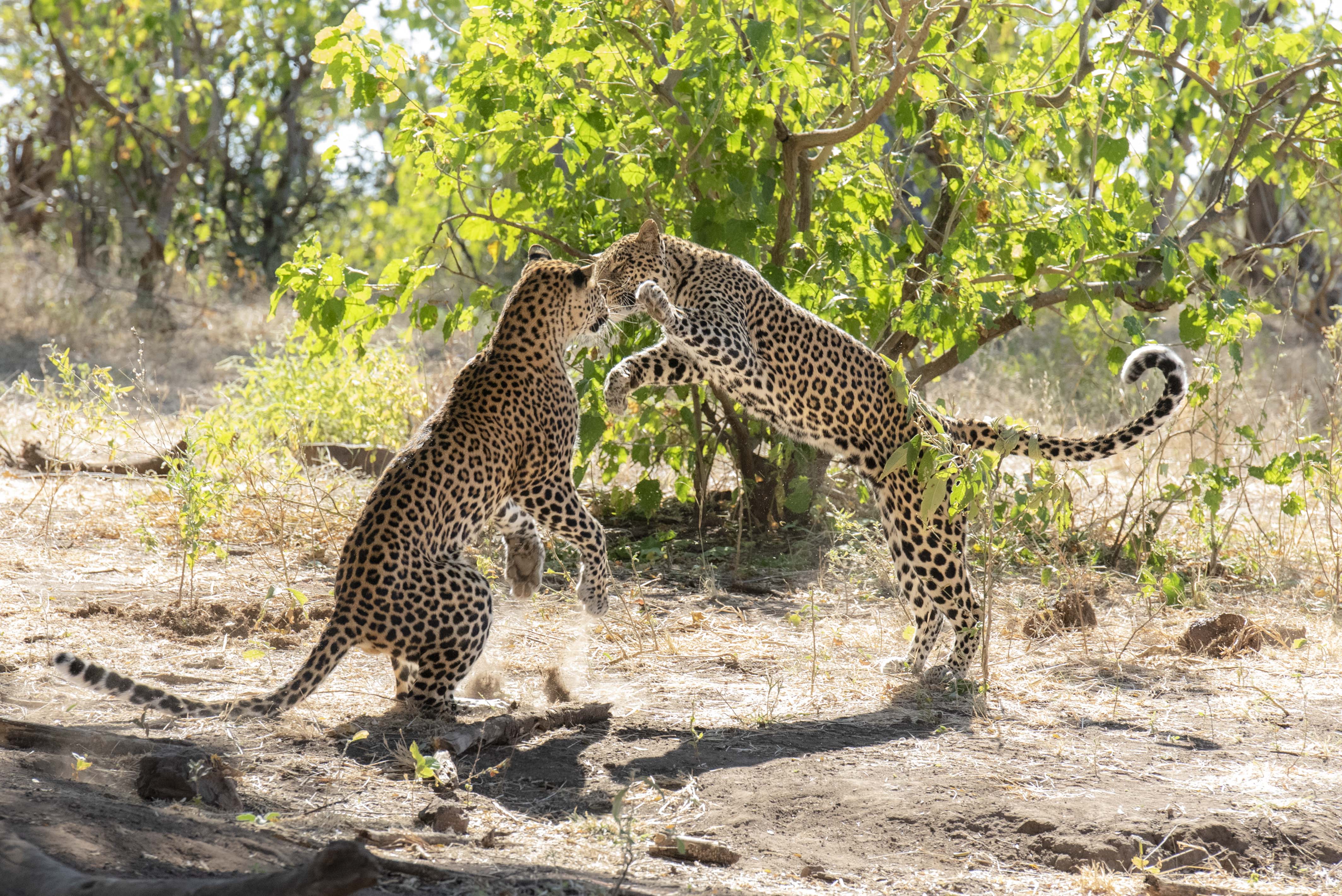 Case of a leopard changing his spots, if only for a while.

The pictures were taken by Janet Kleyn, 53.

The unnamed male cub was spotted stalking before pouncing.

Janet’s pictures capture the incredible agility of the young cub. 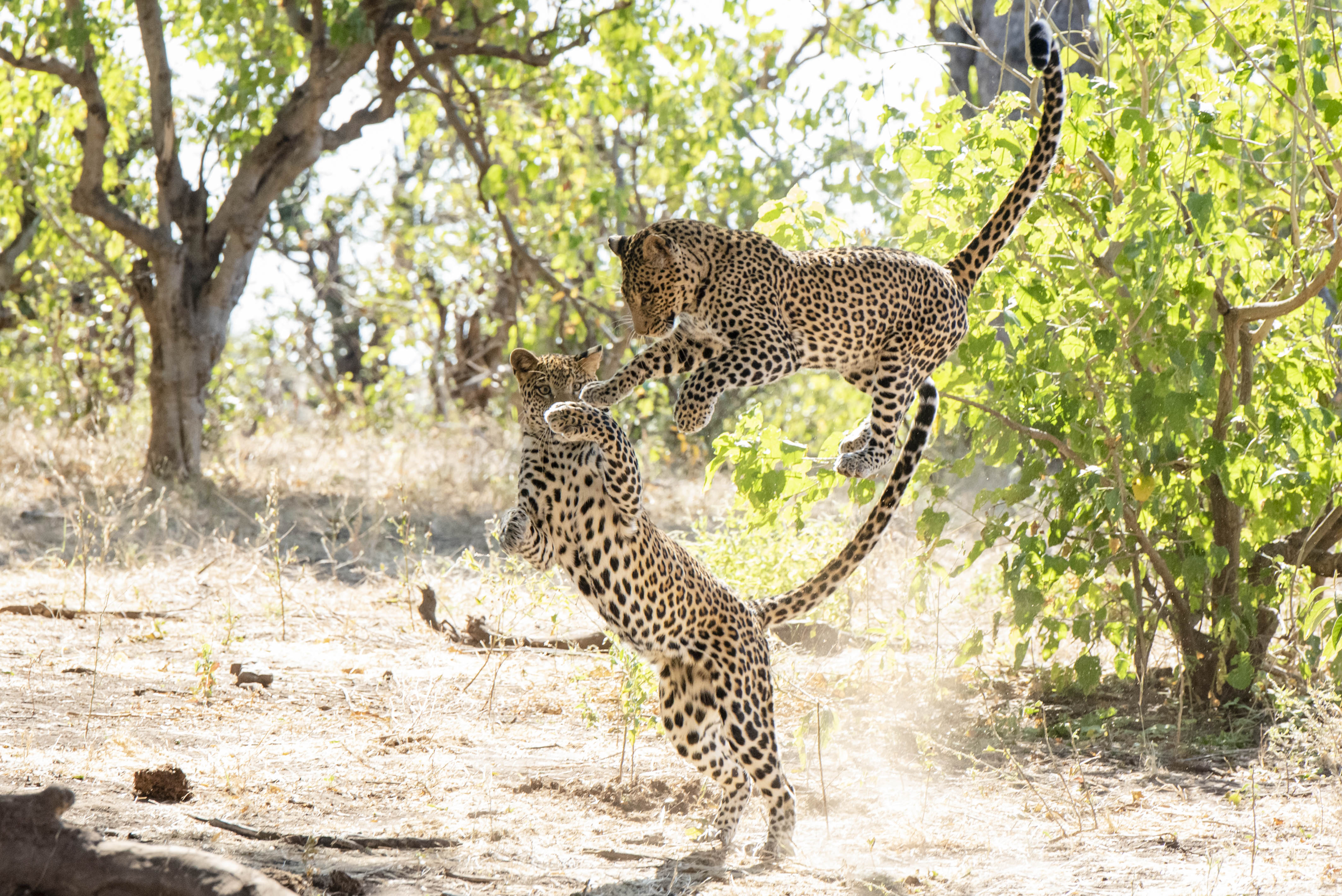 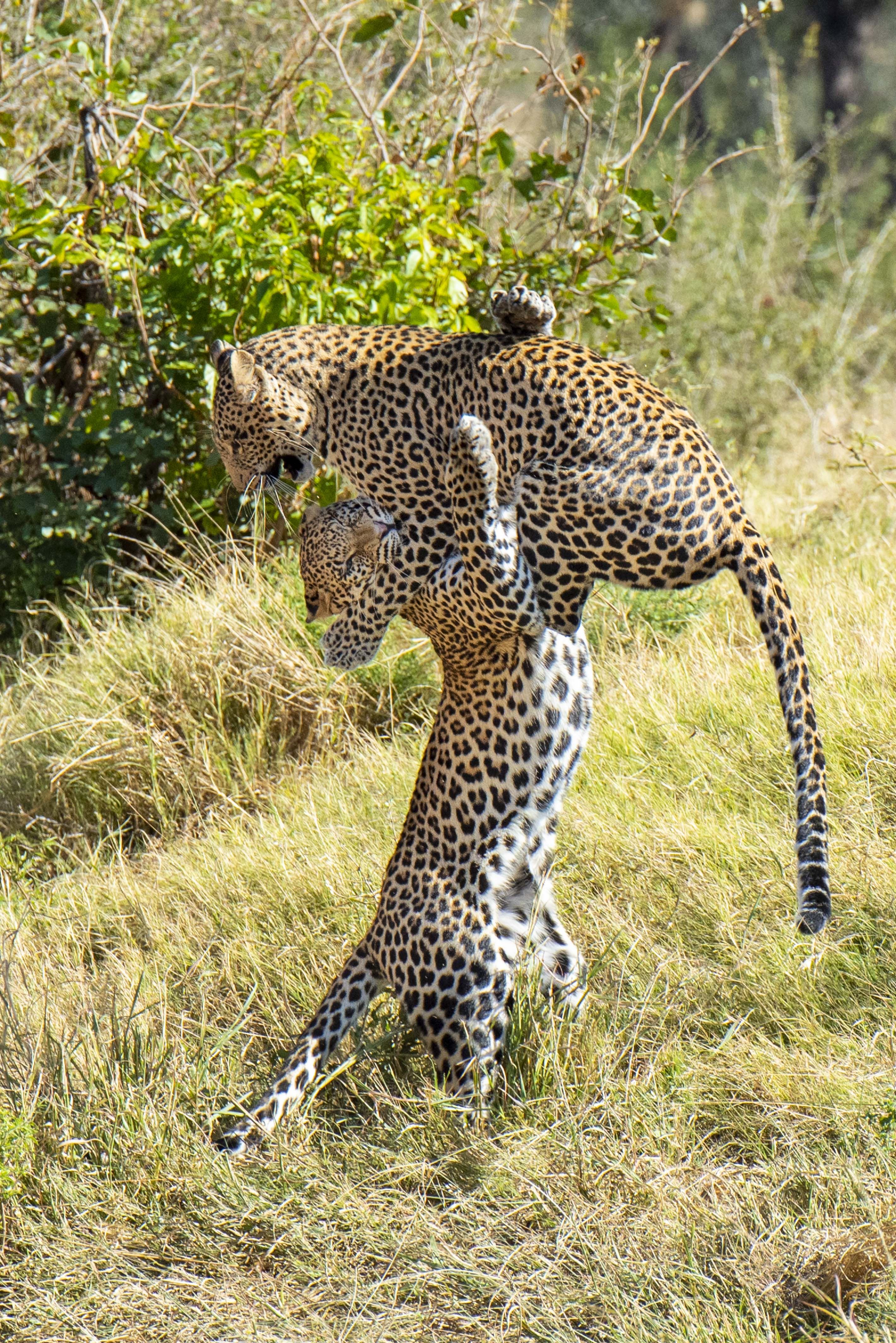 The cub tears through the air and adorably begins wrestling with his mum before she calls an end to the fun and games.

Janet said: "The cub was born in lockdown and raised without guests viewing him.

"But he has adopted his mother’s relaxed mannerism and as can be seen in the photos is completely relaxed."