Plans for a Lidl supermarket just 600 yards from an atomic warhead factory are set to be blocked over fears shoppers won’t be able to get out if there is a nuclear disaster.

The budget supermarket wants to build the store close to the Atomic Weapons Establishment, in Tadley, Hampshire, but the plans have been held up for three months over safety fears.

It was first mooted in December but the planning decision over whether to give it the green light was delayed in January and then again last week.

If it does go ahead, Lidl would have to build a bunker and provide staff with specialist training to cope with a nuclear fall-out. 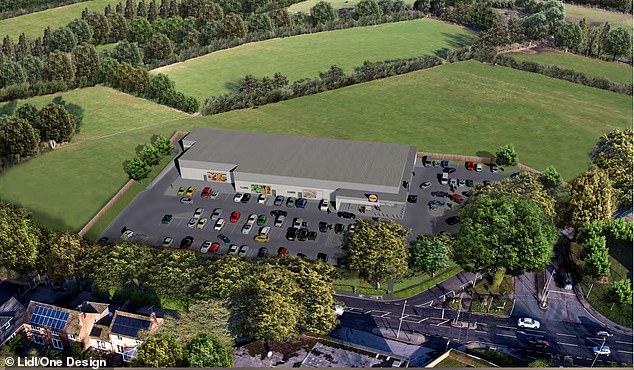 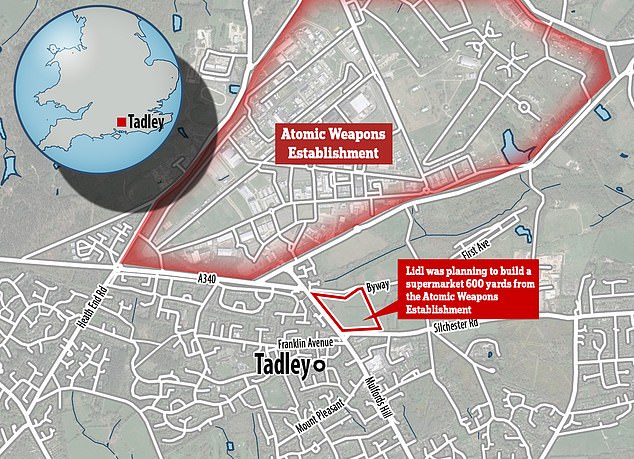 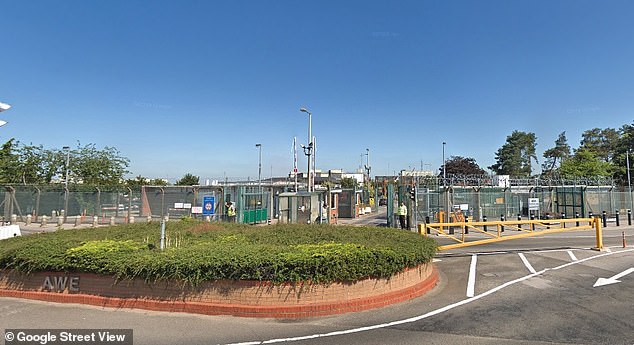 There are fears about how customers could be evacuated from the possible superstore in case of a disaster happening at the facility.

A source said: ‘It has been delayed several times. The council is still not convinced there is an acceptable emergency evacuation plan in the event of a serious incident at AWE.

‘The safety of the pubic is paramount because the planned supermarket would be so close.

‘Council officers are still recommending the plans to be refused.’

The West Berkshire Council is now set to discuss the planning application next month. 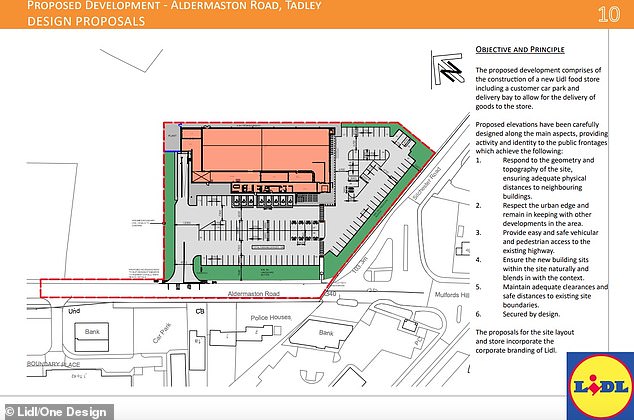 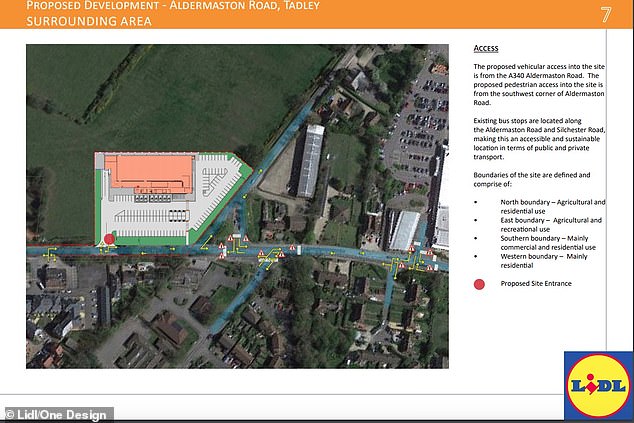 The new superstore, which will be decided at a planning meeting next month, could be built in a field near the nuclear facility

The AWE site produces warheads for the UK’s Trident nuclear deterrent and also has to maintain the capacity to be able to design a new weapon, if it was ever required.

The AWE is also responsible for Trident’s design and support, as well as getting rid of redundant warheads

Scientists at the AWE were also involved in testing for radioactive poisoning in the case of Russian defector Alexander Litvinenko, who died after being poisoned with polonium.

A statement on the company’s website said: ‘For almost 70 years, AWE has supported the UK Government’s nuclear defence strategy and the Continuous At Sea Deterrent.

‘We also use our nuclear know-how and technical expertise to provide innovative solutions that support the UK’s counter-terrorism and nuclear threat reduction activities.’

The proposed 2,177 square metres supermarket with a 128 capacity car park is planned for a nearby field.