A passenger plane was reportedly forced to make an emergency landing in Sudan after a cat attacked the pilot shortly after take-off.

The plane bound for Doha, Qatar was forced to return to the Sudanese capital city of Khartoum.

The ‘aggressive’ animal had somehow got into the cockpit prior to take-off, according to local media reports. 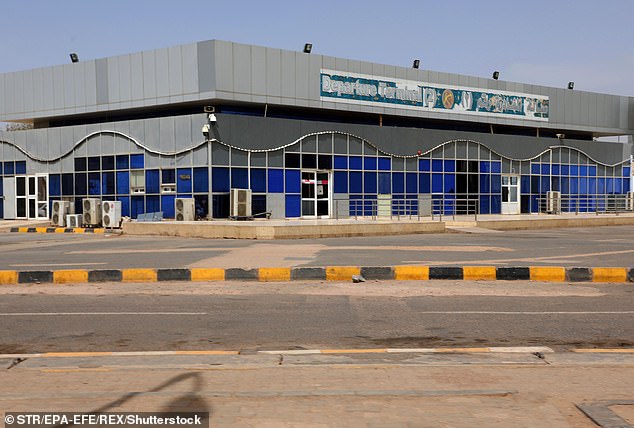 The plane bound for Doha, Qatar was forced to return to the capital city of Khartoum. Khartoum International Airport (above)

The Sudanese Tarco flight took off from Khartoum International Airport on Wednesday and had been in the air for half-an-hour when the incident took place.

The cat was angry and aggressive, according to a report in local paper Al-Sudani.

It reportedly resisted several attempts of restraint and even attacked the captain.

The chaos caused the pilot to make the decision to turn the flight around and return to Khartoum.

It is not clear how the cat got on board the flight, although a report in Al-Sudani suggested the cat could have climbed onboard unnoticed during a cleaning or engineering check of the plane.

The report found that the plane had spent the previous night parked at a hangar at the airport.