The NHS fundraising hero received his own guard of honour and a spectacular RAF flypast after he passed away earlier this month. 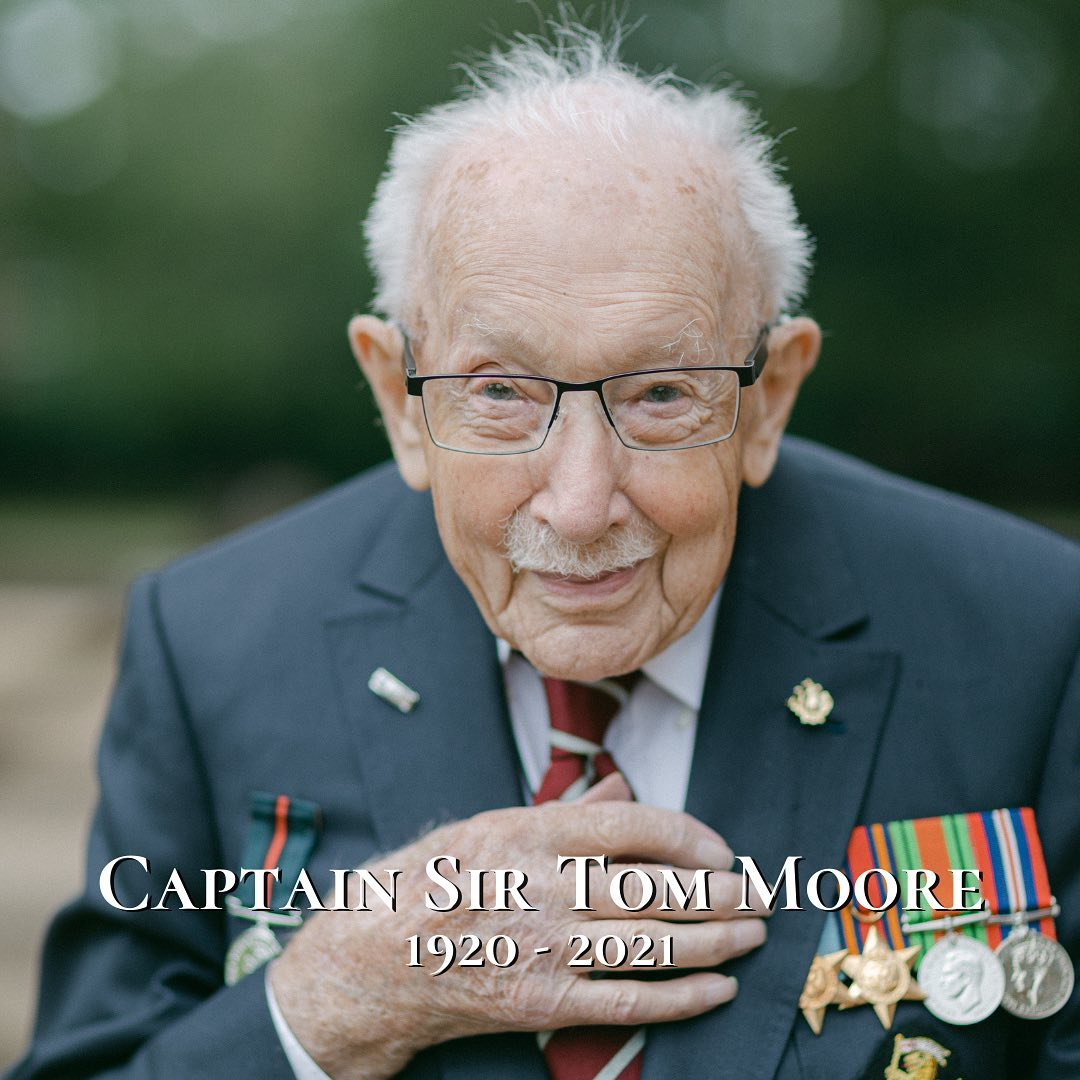 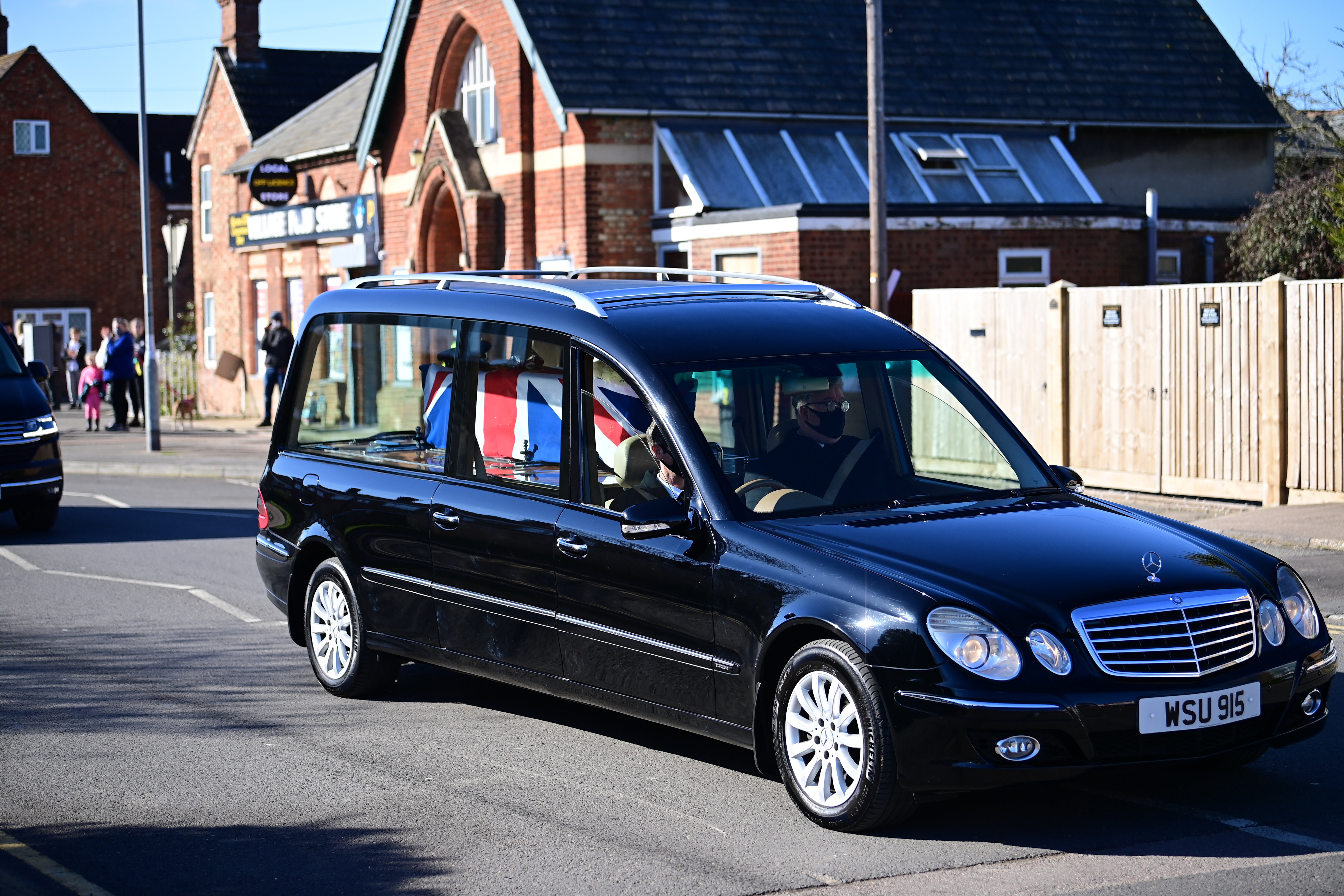 The TV presenter took to Twitter to pay his respects to the national treasure.

Captain Tom's family paid heartbreaking tributes to the grandad who became known as a "beacon of life and hope for the world" during the pandemic.

Six soldiers from the veteran's regiment carried his coffin – draped in a Union Jack flag – into Bedford crematorium for a family service Captain Tom planned himself.

Both of the hero's daughters spoke at the service, while his grandchildren read touching poems in honour of their grandfather.

Sir Tom's daughter Lucy Teixeira fought back tears as she said her father "walked his way into the nation's hearts".

She said: "Daddy, you would always tell us 'best foot forward', and true to your word, that's just what you did last year, raising a fortune for the NHS and walking your way into the nation's hearts."

Her voice broke as she added: "I am so proud of you – what you have achieved, your whole life and especially in the last year.

"You may be gone but your message and your spirit lives on."

Daughter Lucy Ingram-Moore wept as she spoke of her life with her father, who moved in with her after her mother's death.

"The loss of you is a dull physical ache for me, but the power of love you left us with allows us to stay strong," she said.

"Our relationship cannot be broken by death.

"You will be with me always."

She said watching her father turn into a "beacon of life and hope to the world" was "magical". 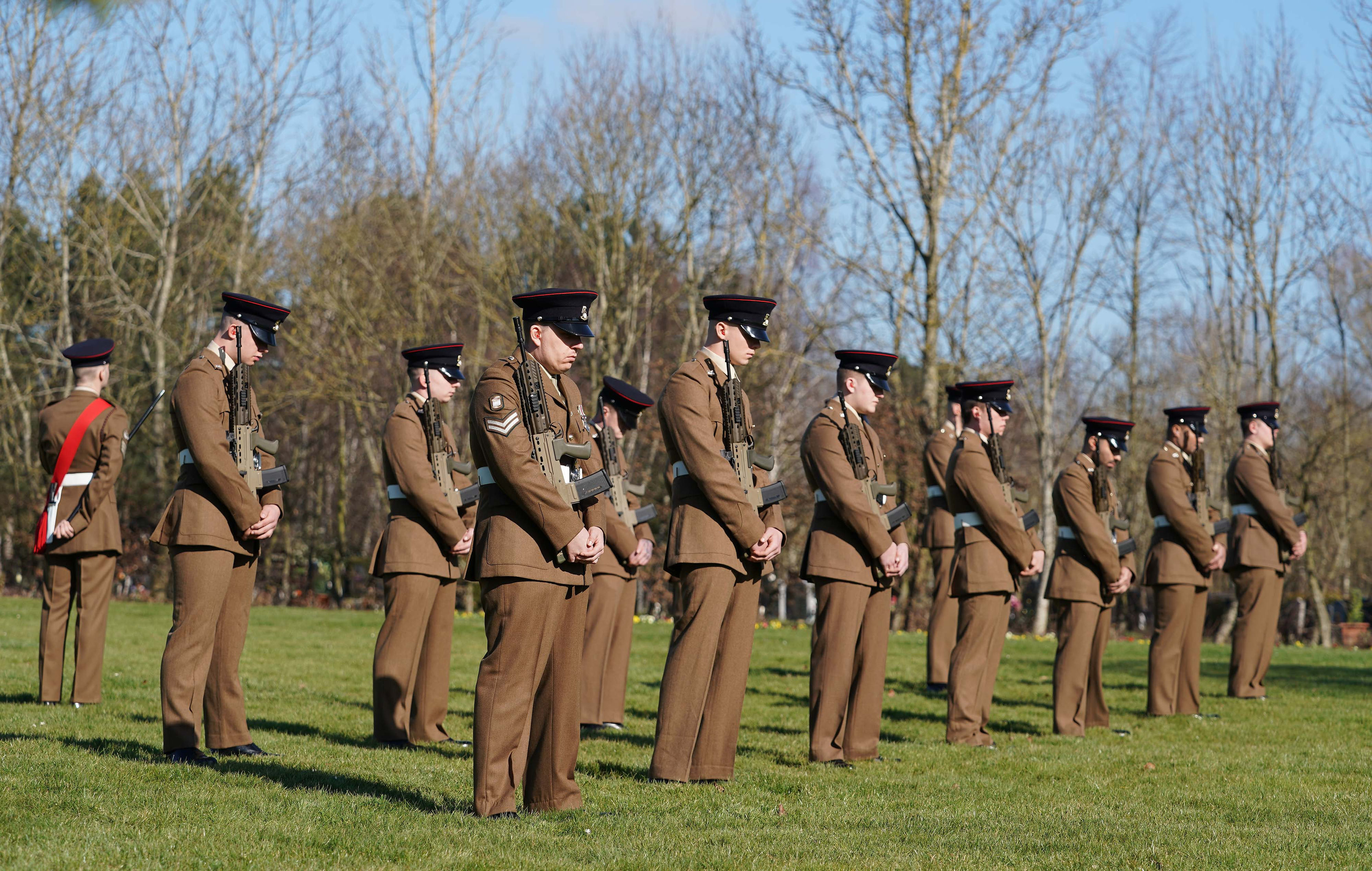 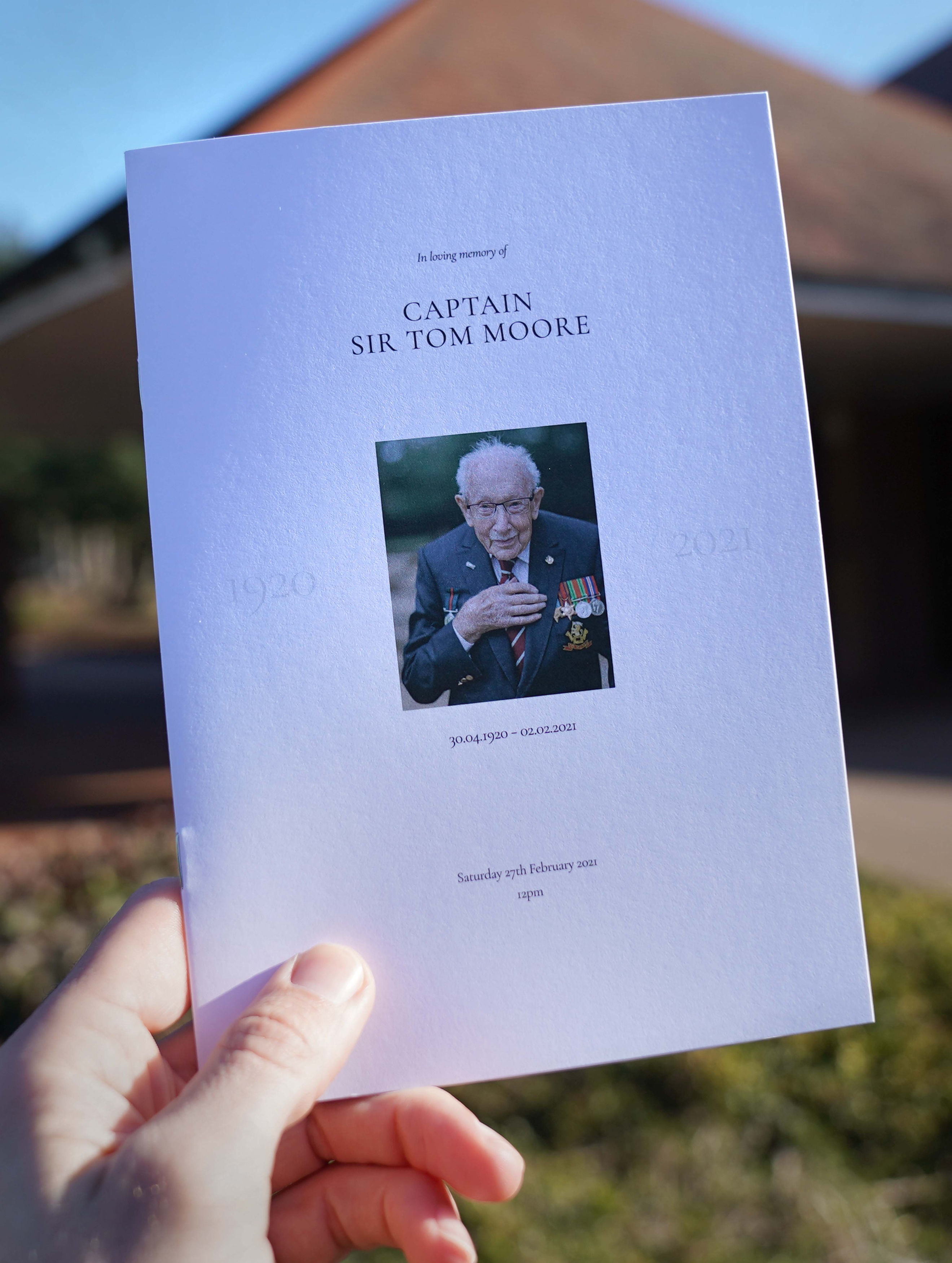 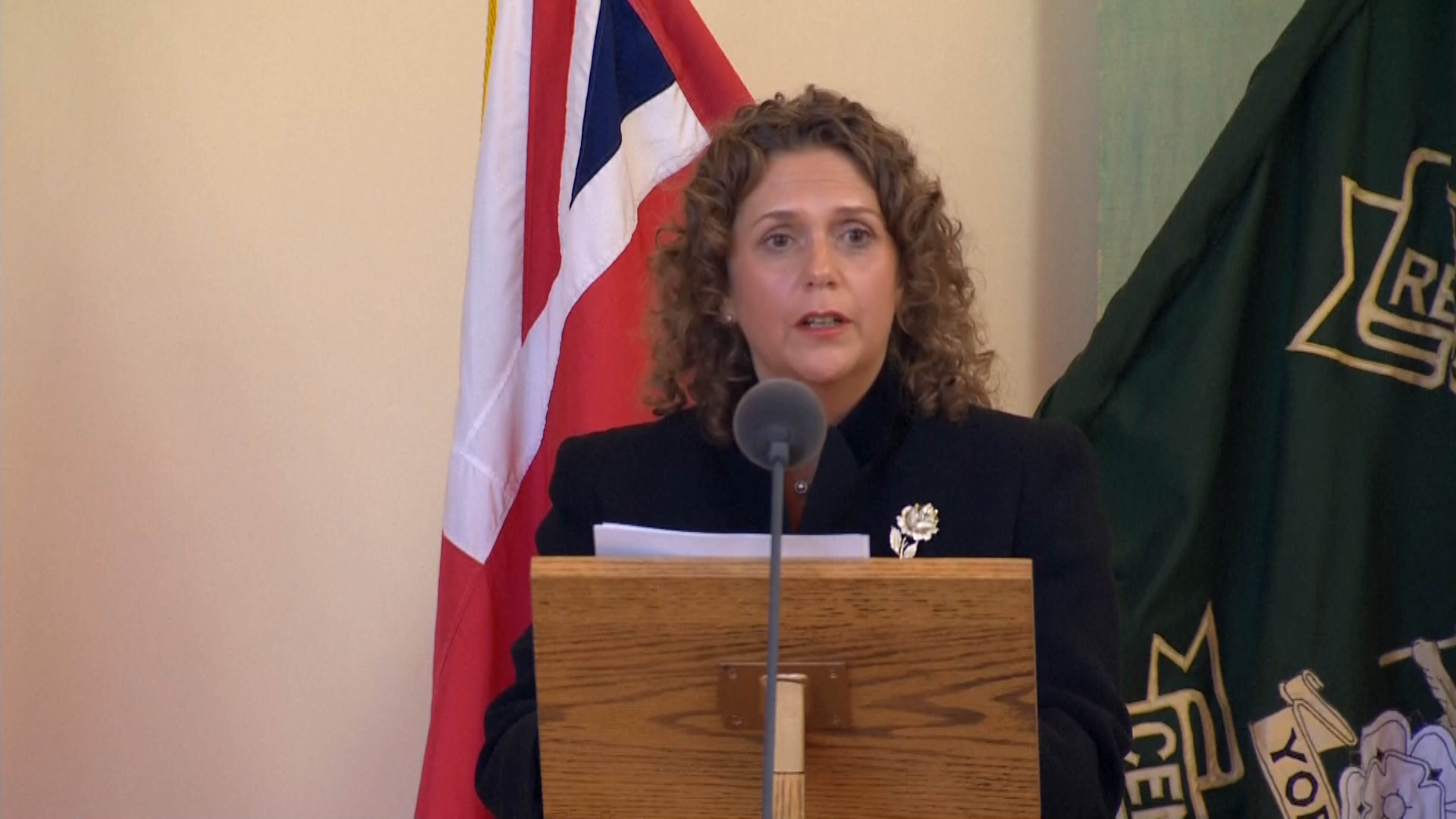 "We just couldn't believe it, could we, when [fundraising] reached £38.9million," she said.

"We are so proud of the way you handled everything that happened."

And she said the world became "enthralled" by her dad's "spirit of hope, positivity and resilience".

"They too saw your belief and kindness and fundamental goodness of human spirit," she said.

And in a personal tribute, she said: "You are the fabric of our life and home – every cupboard we open, each door we go through, you are there.

"We have lost a huge part of our family. Our five now stands as four. We feel your loss with a deafening silence."

After she spoke, My Way by Frank Sinatra – chosen by Captain Tom – was played to the eight mourners allowed into the crematorium under Covid guidelines. 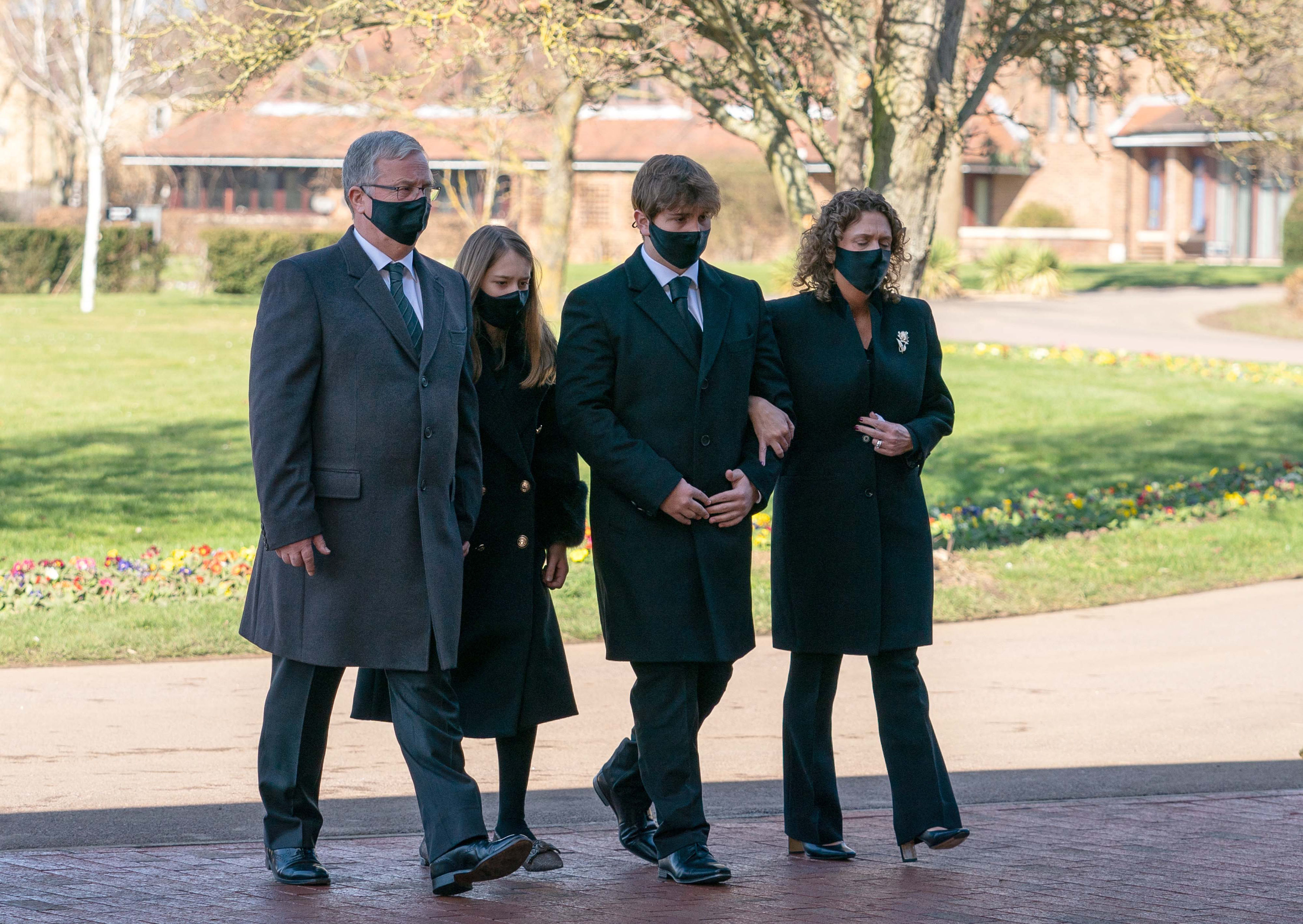 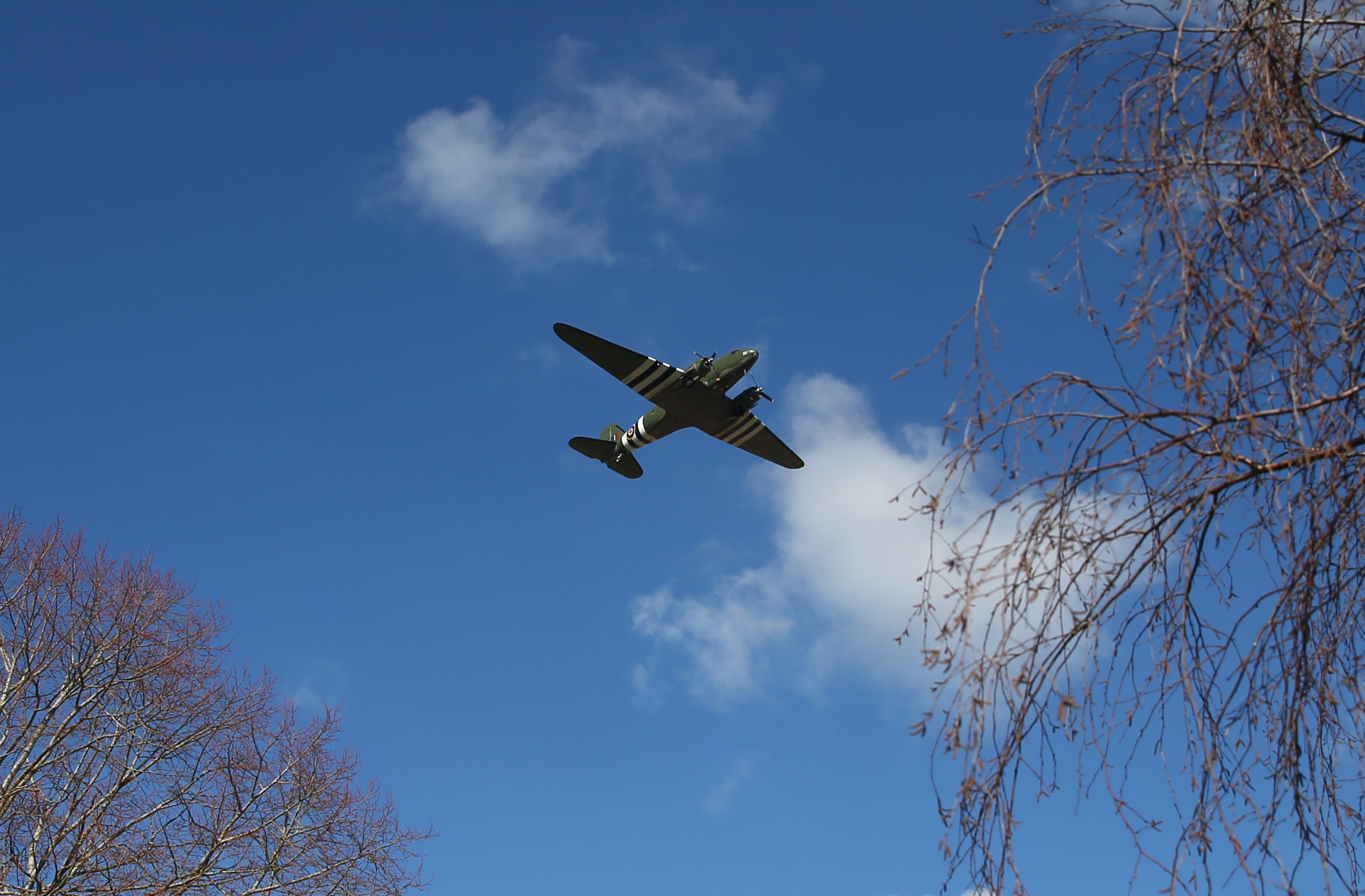 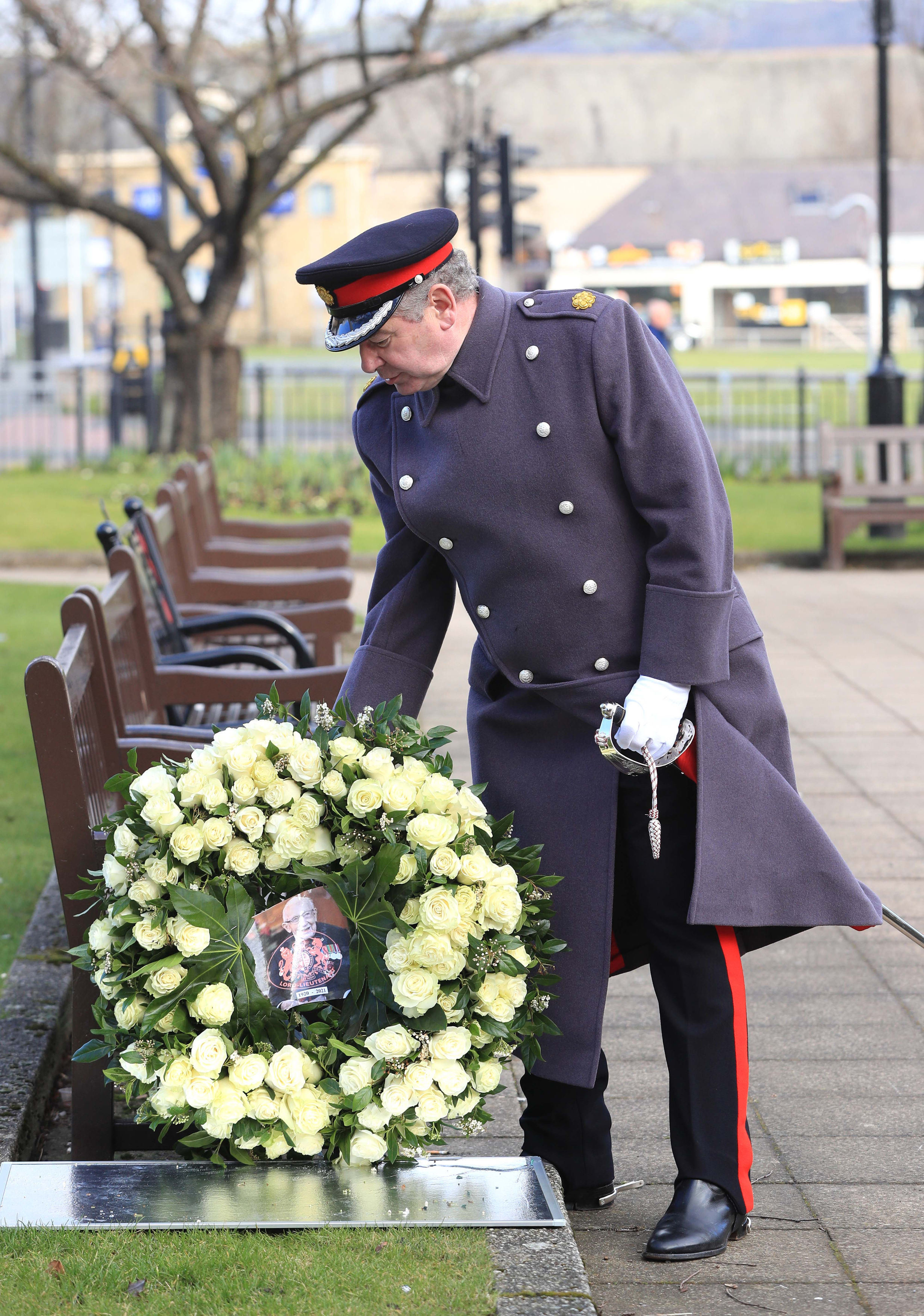 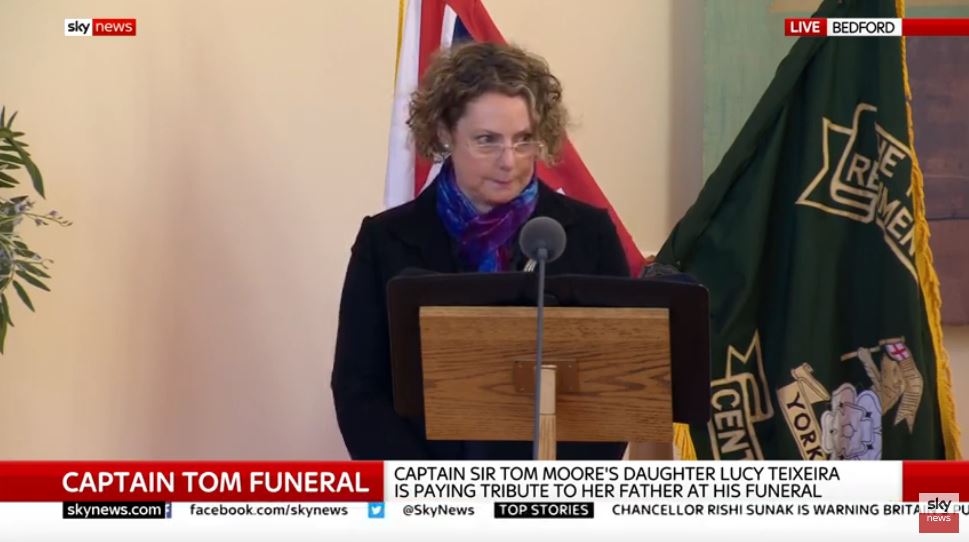 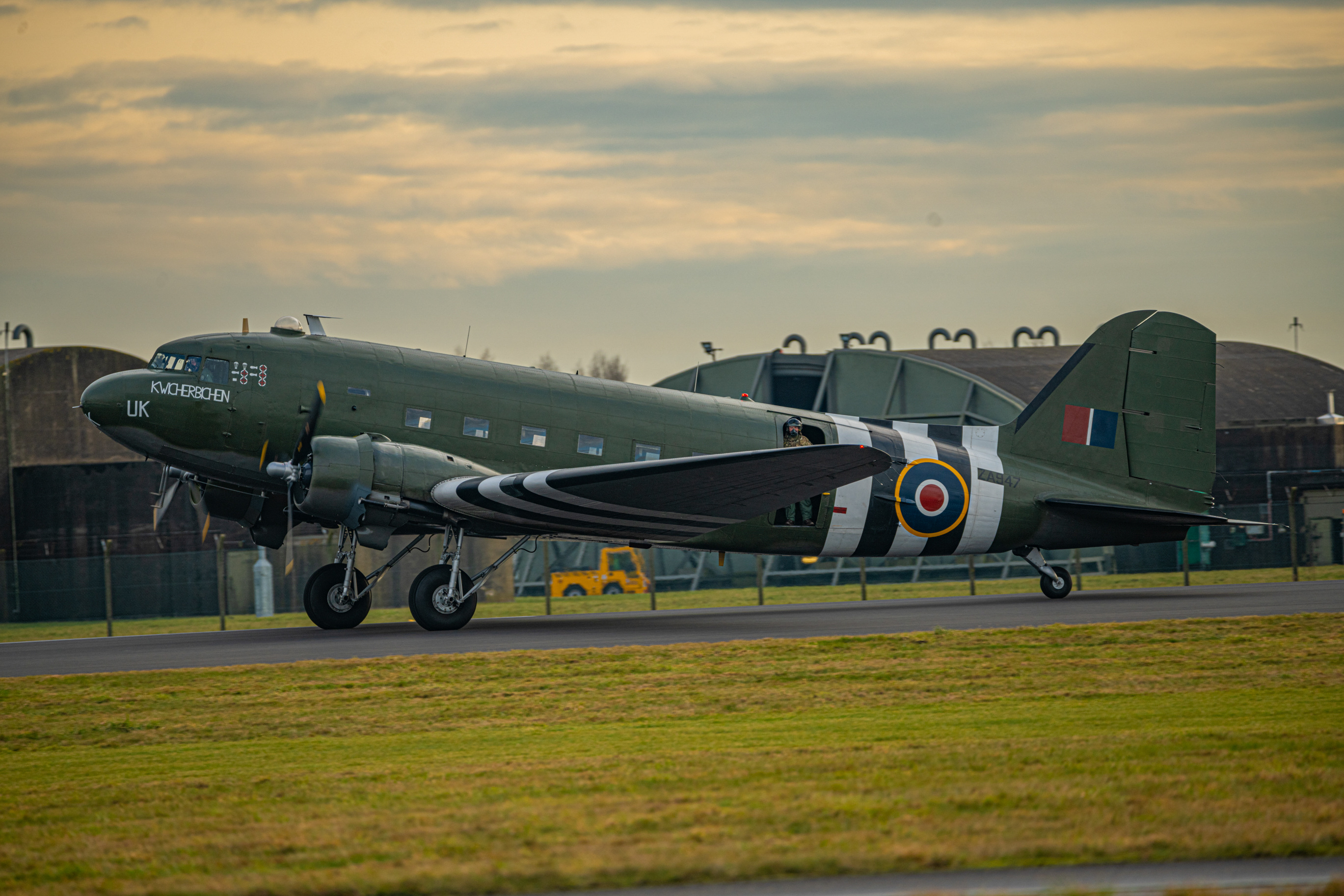 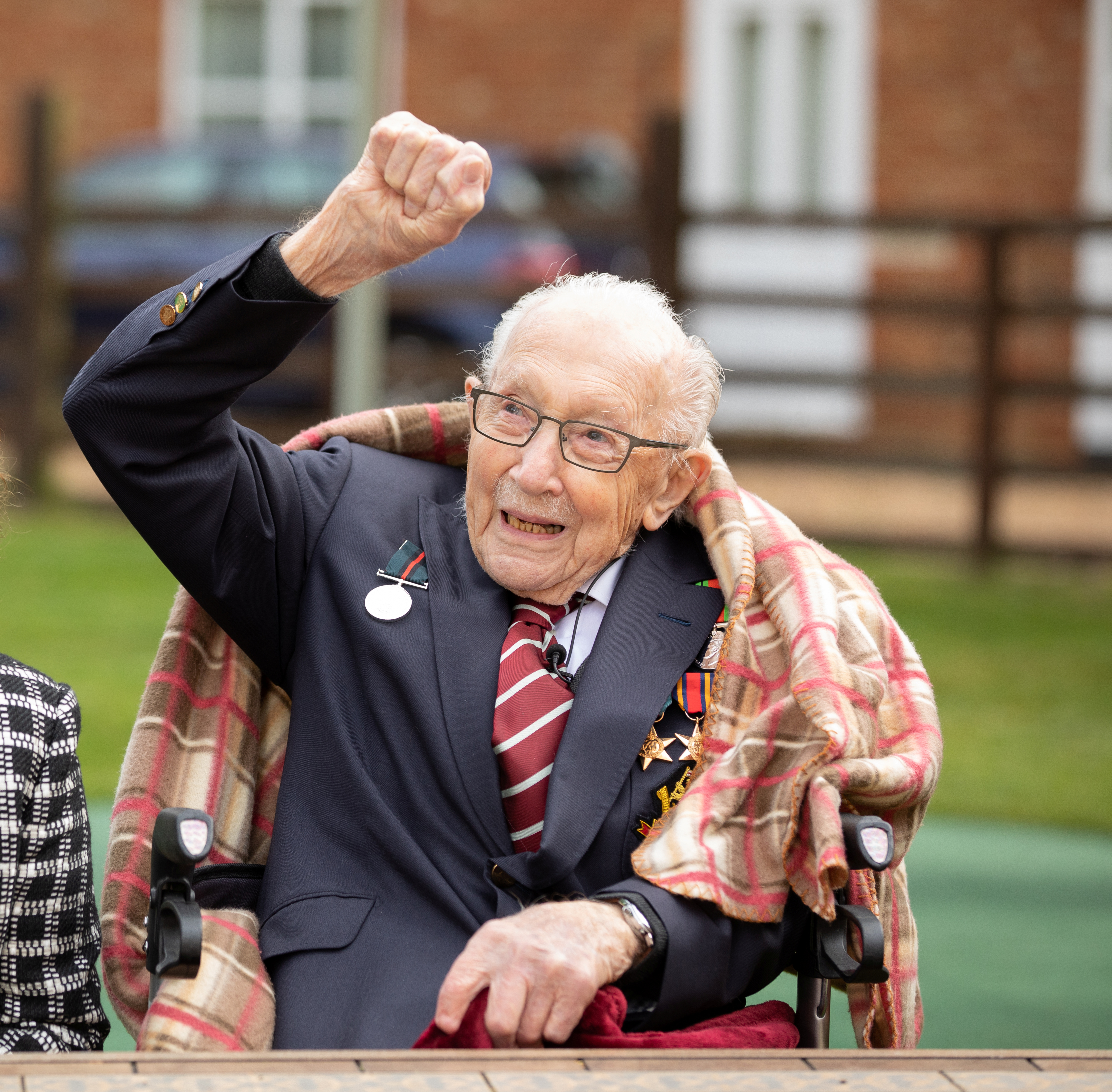 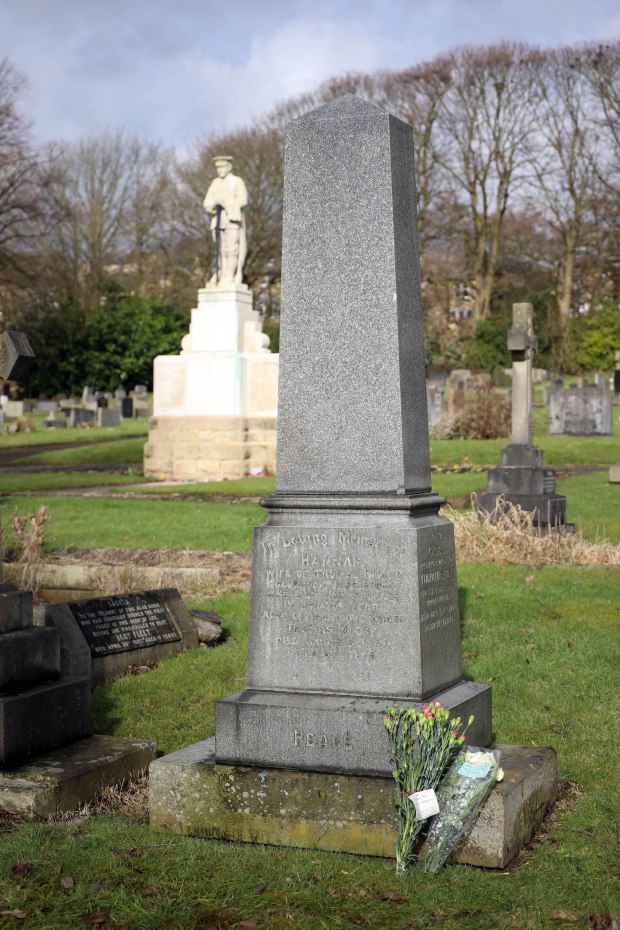 The World War II vet, who died earlier this month aged 100 after raising nearly £33m for the NHS, was accompanied by the military as his coffin arrived.

The pallbearers were led by Regimental Sgt Maj Jamie Pearson, who was on parade last April when Capt Tom reached his original target of 100 laps of his garden.

A Dakota performed a fly-pass ahead of a three-round gun salute by a firing party and You'll Never Alone played.

Church bells around the country rang at noon to give Captain Tom a "quite spectacular" send-off.

Before the service, the deputy Lord Lieutenant of West Yorkshire, David Pearson, has laid a wreath in Keighley – Sir Tom's birthplace – on behalf of the Queen.

The wreath features 200 white roses around a picture of the late record-breaking fundraiser.

Poppies were also laid by local MP Robbie Moore and the town's mayor and mayoress, Peter Corkindale and Clare Abberton.

Sir Tom was made an honorary freeman of Keighley last summer.

Defence Secretary Ben Wallace said: "In national emergencies ordinary people do extraordinary things and inspire us all to pull together to overcome adversity.

"Few will have heard of Sir Tom before this crisis but his contribution and example now lives on in us all.

"The armed forces are immensely proud to contribute to the celebration of his extraordinary life of service."

Sir Tom served with the Duke of Wellington's Regiment during the Second World War.

It later merged with two others from Yorkshire, becoming the Yorkshire Regiment, and Sir Tom was made an Honorary Colonel last August.

His daughter Lucy, 52, said the service will be "quite spectacular", adding: "There's just going to be the eight of us under full Covid restrictions, we will honour him the best way we possibly can.

"My sister and I have been creating the funeral that my father wanted. 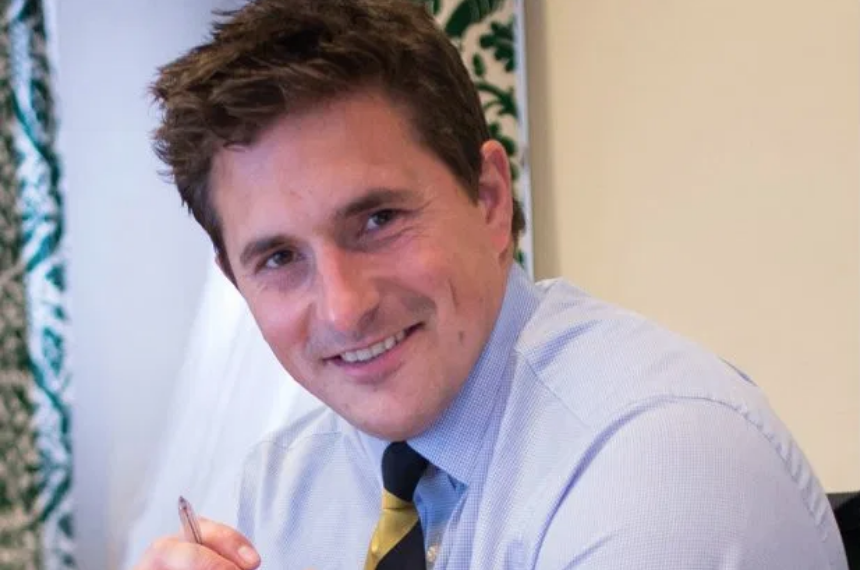 CAPTAIN Sir Tom Moore was justly proud to his last day of his service with the Yorkshire Regiment.

He was among those veterans who stood and served again in this trying time — one of the band of brothers who never lost their spirit of service and ingrained desire to do their bit for Queen and country.

He showed us what we can achieve by ourselves and how much more we can accomplish together.

He symbolised steadfast, tireless public servants, NHS workers, military personnel and the multitudes who have kept our country going.

When our spirits were low this stoic veteran radiated hope.

Captain Tom, you inspired a nation.

By Johnny Mercer, Minister for Veterans

"He was very clear in his wishes and if he could have been put into a cardboard box, he would have done that, rather than chop down a tree."

She says the family has received many messages from well-wishers, and that it was "wonderful" to see people writing in an online book of condolence.

His funeral will be attended by eight members of his immediate family – his two daughters Hannah Ingram-Moore and Ms Teixeira, four grandchildren and his sons-in-law.

A firing party of 14 will each fire three rounds in unison, and a bugler will sound The Last Post at the end of the private service.

Six representatives from the Army Foundation College in Harrogate, where Sir Tom was made an Honorary Colonel, will then form a ceremonial guard. 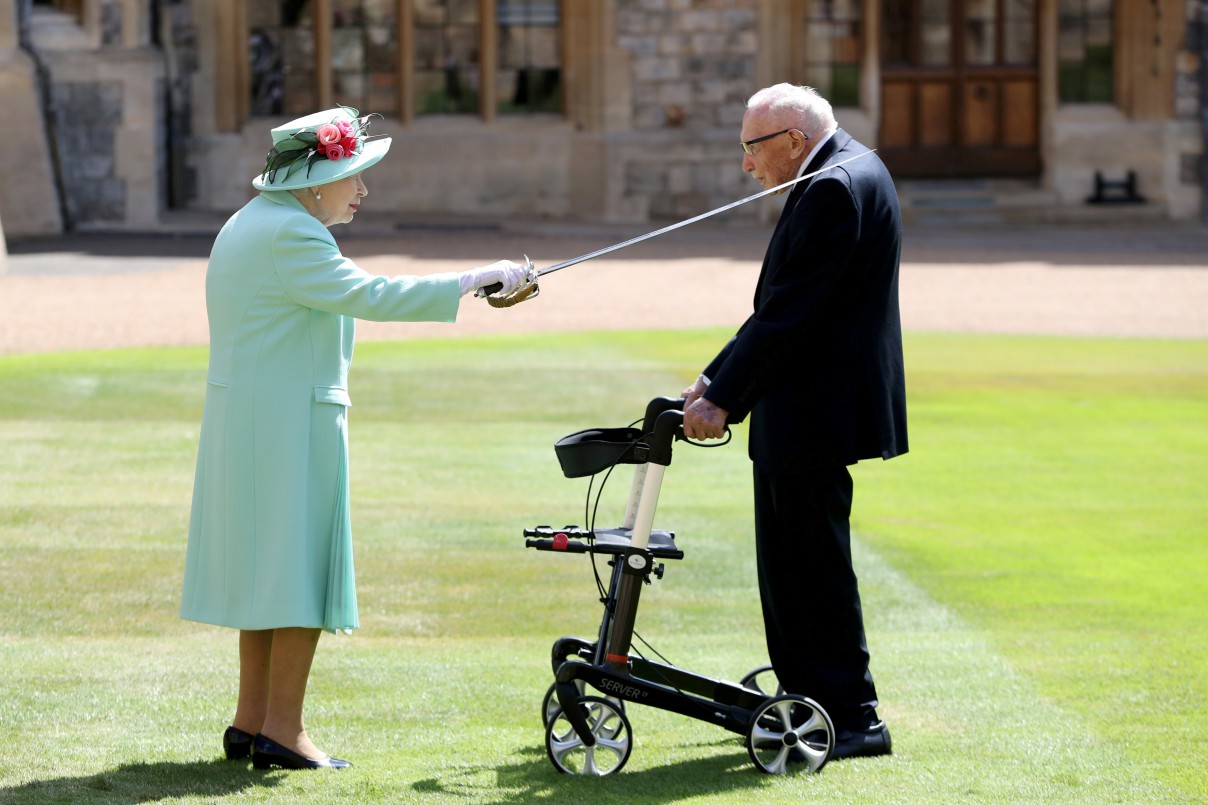 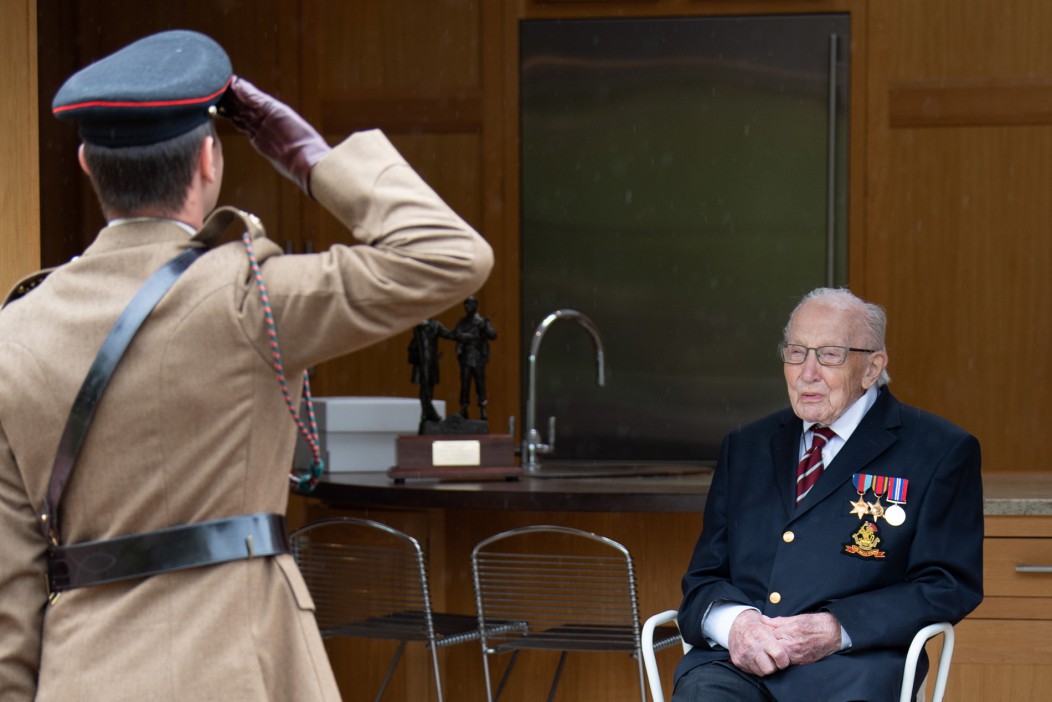 Sir Tom passed away aged 100 at Bedford Hospital on February 2 after testing positive for Covid-19.

The war hero raised more than £32 million for the NHS with his sponsored walk of his garden in the first lockdown.

The family has urged that people support the NHS by staying at home.

Once Covid-19 restrictions permit, they will inter Sir Tom's ashes in Yorkshire, with his parents and grandparents in the Moore family plot.

Meanwhile, Captain Tom's regiment could face cuts of 10,000 troops in the defence review next month, The Telegraph reported.

General Sir Nick Carter, the Chief of the Defence Staff, and Sir Mark Carle ton-Smith, Chief of the General Staff, are understood to be "looking at all of the infantry regiments that have more than one battalion, which includes the Yorkshires".

Ben Wallace, the Defence Secretary, is considering reducing full-time army posts from 82,000 to 72,5000 as part of the review which would, in turn, free up funding for other military equipment.

The Sun has contacted the Ministry of Defence for comment. 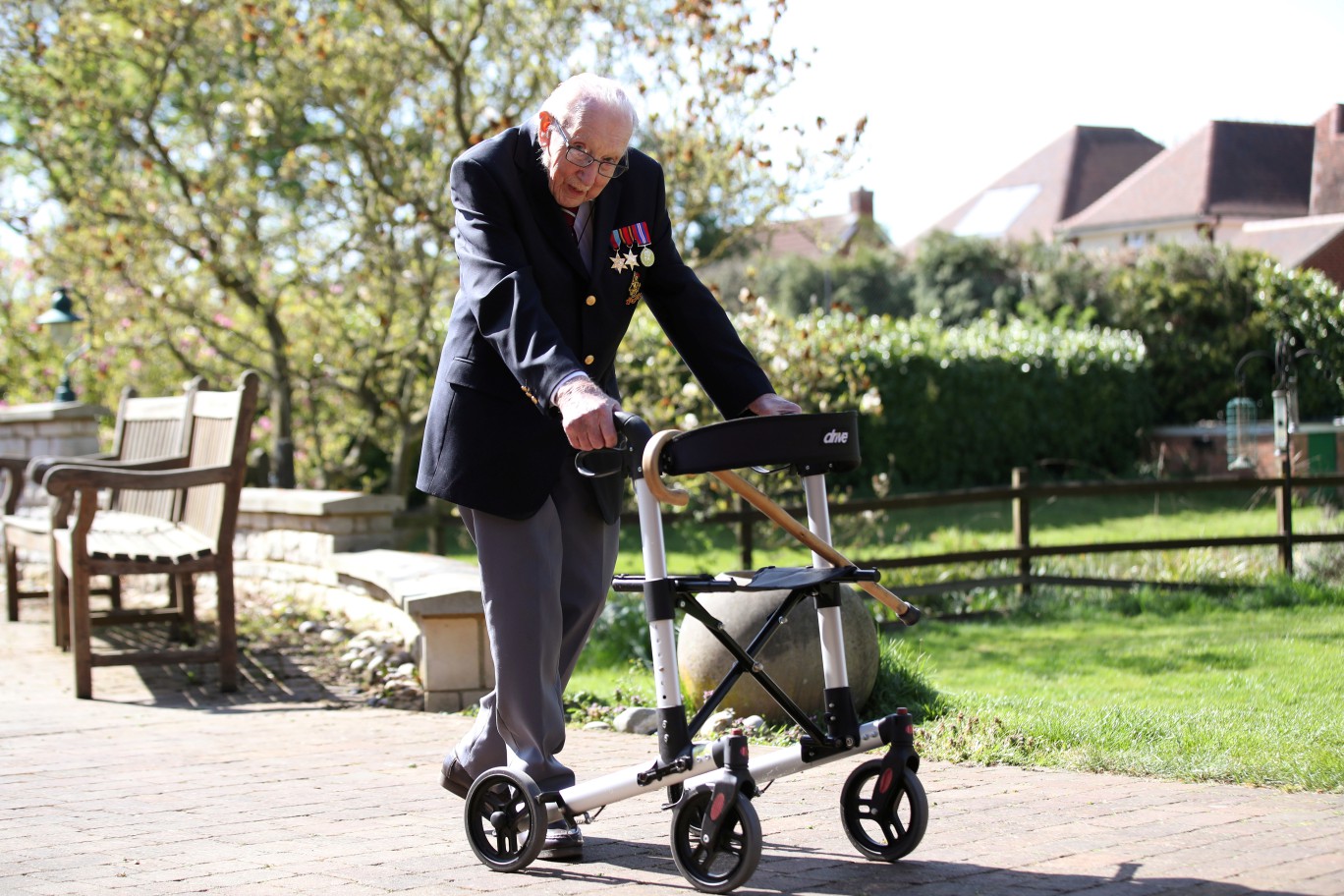 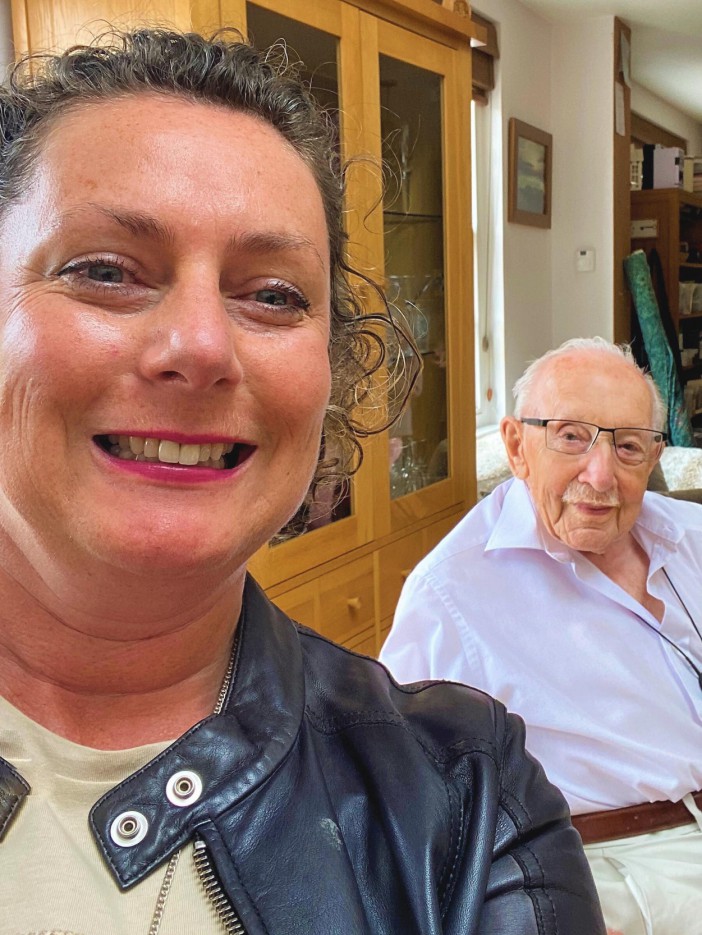