TEENAGERS could soon be eligible to get a coronavirus vaccine.

A study has found Pfizer’s jab is 100 per cent effective at preventing Covid illness in 12 to 15 year olds. 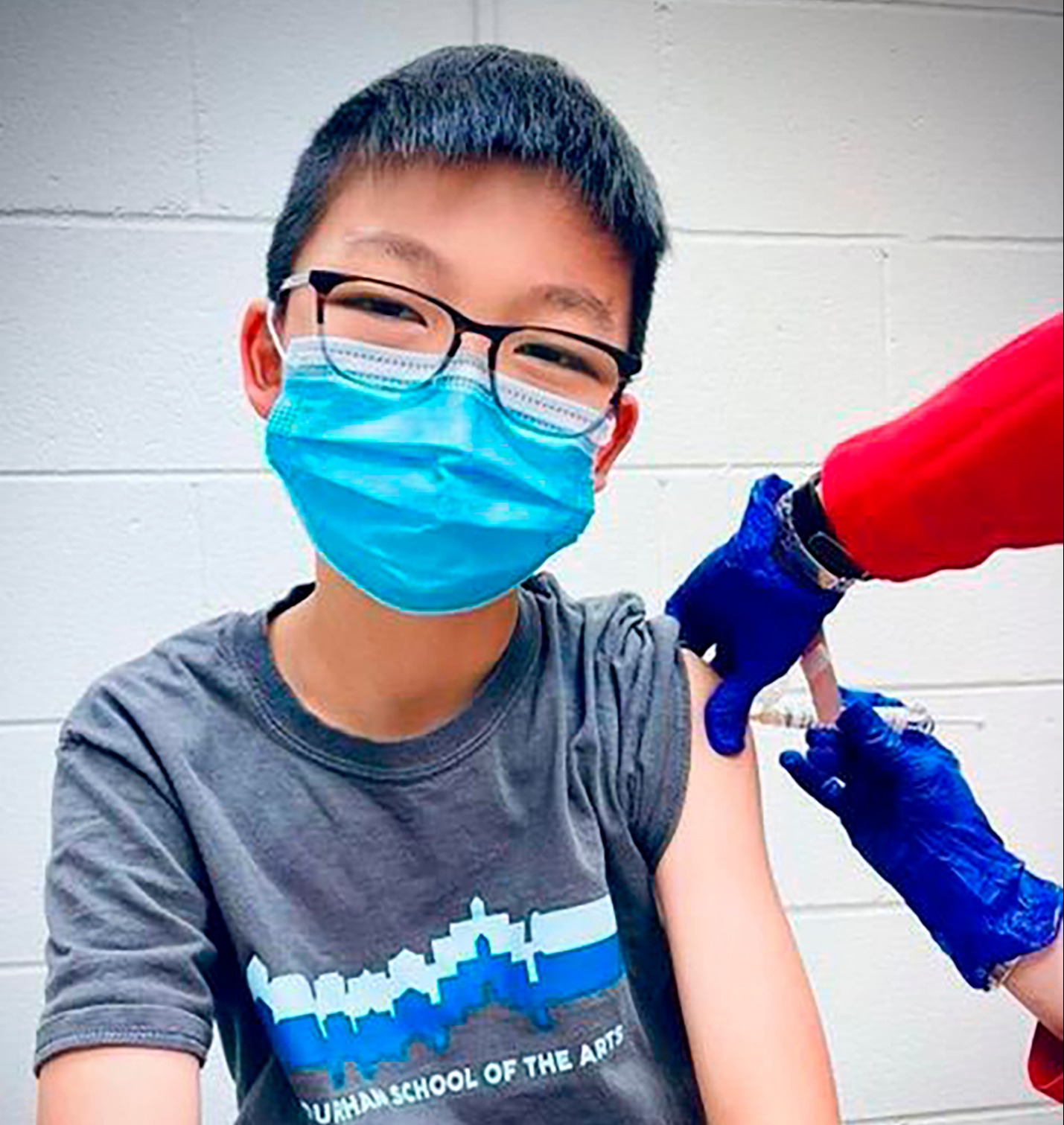 The company announced Wednesday that in a study of 2,260 volunteers in the US, there were no cases of Covid in those fully vaccinated (1,131).

By comparison, there were 18 cases in those who had not received the two-shot jab and instead were given a dummy shot (1,129).

Although it is a small study, and it has not been published in a journal, it's a step closer to a fully vaccinated population.

The Pfizer vaccine is one of three approved in the UK, along with those from Oxford/AstraZeneca and Moderna.

More than 30 million adults in the UK have received a shot of either the AZ or Pfizer jab so far.

It is only authorised for those over the age of 18, while the age limit is slightly lower in the US, at 16.

The study showed side effects in kids were similar to those seen in adults, with pain, fever, chills and fatigue the most common.

Researchers reported high levels of virus-fighting antibodies – more than were seen in studies of young adults.

They will track the teens for two years to gather more information about long-term protection and safety.

However, the firm plans to gain emergency approval in the US for those aged 12 to 15.

Pfizer’s CEO Albert Bourla said he hoped the vaccination programme could start reaching American teenagers before the start of the next school year in the autumn.

He said: "We share the urgency to expand the authorization of our vaccine to use in younger populations and are encouraged by the clinical trial data from adolescents between the ages of 12 and 15.”

It's not clear how quickly the FDA would act on Pfizer's request to allow vaccination starting at age 12, and will depend on regulatory approval and supplies.

Uğur Şahin, CEO of Pfizer's German partner, BioNTech, said the results were "encouraging given the trends we have seen in recent weeks regarding the spread” of the Kent variant.

Meanwhile in the UK, children could start getting the Covid vaccine from as early as August under provisional government plans.

Sources involved in preparations told The Telegraph the late summer is the soonest point at which under 18's would be given the jab – months earlier than expected.

A Department of Health and Social Care spokesman said "no decisions have been made on whether children should be offered vaccinations".

Prof Adam Finn, a professor of paediatrics at the Bristol Children's Vaccine Centre and member of the Government's joint committee on vaccination and immunisation, said preparations were being made which could allow the rollout of vaccines for children.

He said: "Children constitute close to quarter of the population, so even if we could achieve 100 per cent uptake of vaccines across the adult population, it only gets you to 75 per cent coverage."

Caleb Chung, who turns 13 later this week, bravely agreed to volunteer for the Pfizer trial. He doesn't know if he received the vaccine or a placebo.

He said in a recent interview with AP: "Usually I'm just at home doing online school and there's not much I can really do to fight back against the virus.

"The study was really somewhere that I could actually help out."

His dad, Dr Richard Chung, a paediatrician at Duke University, said hes proud of his son and all the other children volunteering for the needle pricks, blood tests and other tasks a study entails.

"We need kids to do these trials so that kids can get protected. Adults can't do that for them", he said.

Children rarely get very sick with Covid disease, and there have been barely any deaths in the UK.

But they are carriers of the virus, particularly those who are in secondary school, studies show.

Children are also at risk of long Covid and a serious disease named PIMS, which can cause stomach aches, a rash and even death, several weeks after Covid infection.

It comes after AstraZeneca began a trial of six to 17 years olds in the UK to test the Oxford-made vaccine.

The first vaccinations are underway, with up to 240 children receiving the vaccine and the others receiving a control meningitis jab.

Results of a trial of Moderna’s Covid vaccine in 12 to 17 years olds is expected soon.