A people smuggler who tried to bring three Vietnamese migrants hidden inside an ‘airtight’ roof box into Britain through Kent has been jailed for three years.

Robert Rooney, 35, admitted facilitating illegal entry of two men and a 15-year-old girl after stuffing them into the tiny space on top of his Ford Focus.

The Irish-born HGV driver, of Edmonton, London, was stopped at the UK-controlled zone at the Channel Tunnel in Coquelles, northern France.

Border Force officers who asked to check the roof box took the vehicle to a nearby garage last October, after Rooney claimed to have lost his keys.

They were startled to discover the three bodies inside the ‘airtight concealment’ – not much bigger than a suitcase – before arresting father-of-three Rooney. 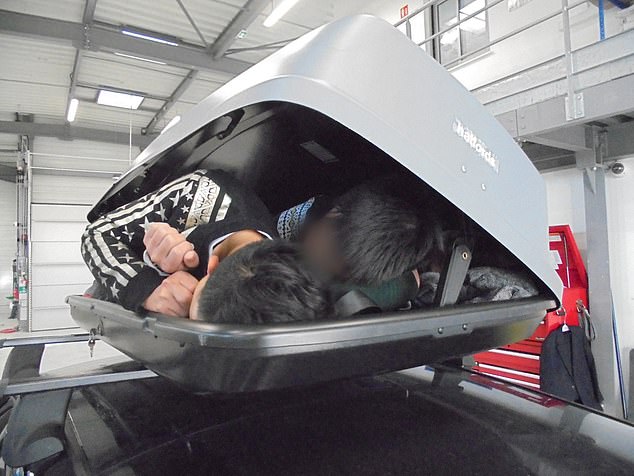 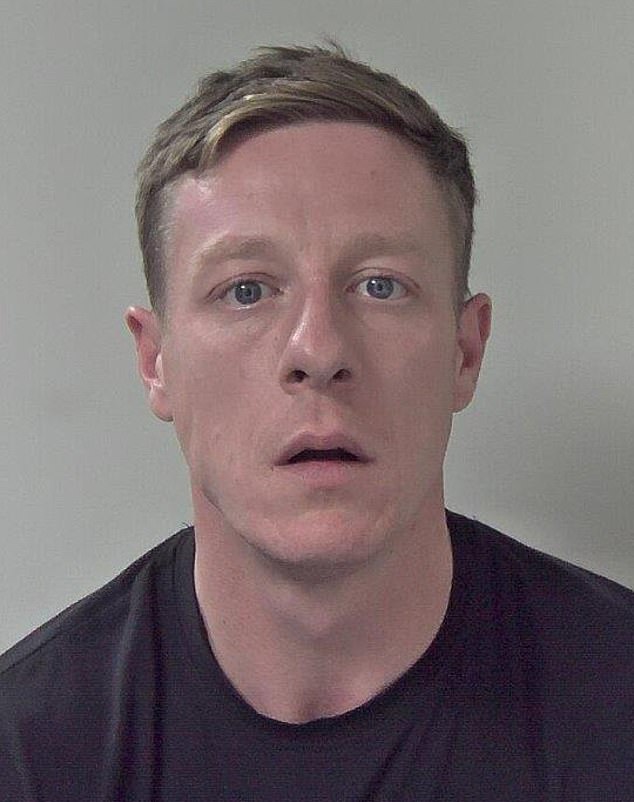 The Irish-born HGV driver (pictured), of Edmonton, London, was stopped at the UK-controlled zone at the Channel Tunnel in Coquelles, northern France

Keys to the roof box were found on Rooney’s person, the court learned.

Prosecuting, Bridget Todd told Canterbury Crown Court how ‘there was no attempt to put any ventilation in the box’, warning that its possible detachment on the motorway would have had ‘tragic consequences’.

Rooney, who told border officers he had been visiting his brother in Belgium, was struggling with money and ‘clearly intended to gain financially’, Ms Todd added.

When questioned by police, the people smuggler admitted: ‘I did know what I was doing, but I will be making no further comment.’

Sentencing, Judge Catherine Brown handed him a three-year jail term, telling Rooney: ‘These were people who were strangers to you.

‘It was a high-risk venture given the very cramped conditions.

‘There would have been no ventilation for them. If there had been a delay in crossing, this could very well have had tragic consequences.

‘They may themselves have been at real risk of being further exploited.’

She added: ‘The actions of people like you facilitate this kind of people trafficking.’

It was not known if the migrants were being brought into the country to live or be further exploited for work, but they were served with deportation documents. 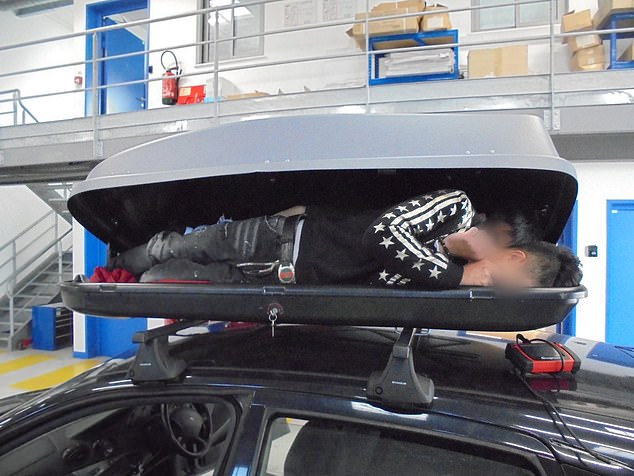 Rooney, who told border officers he had been visiting his brother in Belgium, was struggling with money and ‘clearly intended to gain financially’, the court heard

James Burke, defending, told the court Rooney had been ‘struggling financially with overdrafts and loans’ and ‘succumbed to the temptation of a solution’.

Mr Scully continued: ‘Crammed into a confined space inside the roof box must have been terrifying. It is thanks to the vigilance of Border Force officers that they were discovered and that Rooney was caught.

‘Border Force officers will continue to work with law enforcement colleagues here and in France to ensure that smugglers face the full consequences of their crimes.’

Deputy director Dave Fairclough, from the Immigration Enforcement’s Criminal and Financial Investigation team, added that Rooney was ‘prepared to turn a blind eye to the obvious risks as long as he was benefitting’.

He added: ‘The message to the callous criminals engaged in immigration related criminality is clear – you will be caught and the consequences will be severe.’