Businesswoman, 71, is evicted from her family’s £3m Scottish castle as she loses 25-year battle after going bankrupt over a £230 debt

Owners of a £3million Scottish castle have been evicted this week after a battle over a £230 debt dating back 25 years.

Businesswoman Marian Van Overwaele was made bankrupt in 2000 after repeatedly refusing to pay a bill relating to a bridalwear business she ran in 1997.

The debt rose to £30,000, 130 times the original sum, and a bankruptcy trustee was appointed to take control of her assets.

The 71-year-old has been holed up in her castle on the banks of Loch Long for more than 35 years, despite repeated attempts to remove her so the castle could be sold to pay her creditors.

Sheriff officers have now taken control of the Knockderry Castle, in Cove, Dunbartonshire property on behalf of trustees. 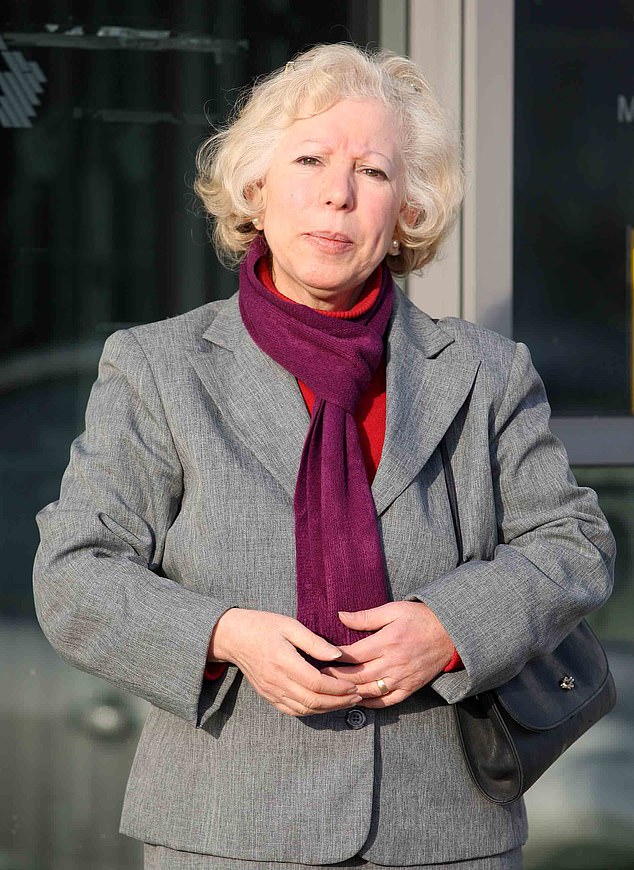 Businesswoman Marian Van Overwaele has been evicted from her castle, and described the prolonged legal action as a ‘miscarriage’ of justice 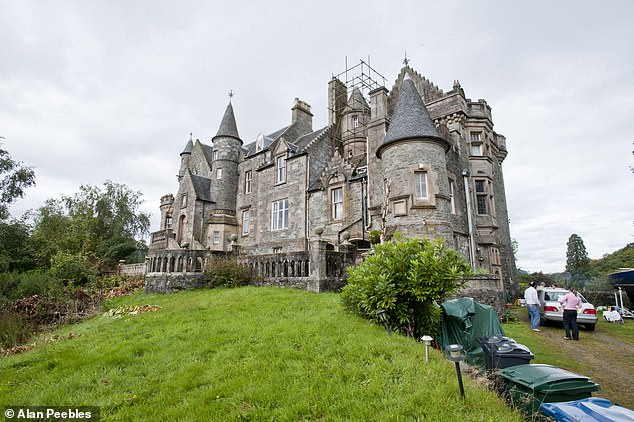 The 71-year-old had been holed up in her castle on the banks of Loch Long for more than 35 years, despite repeated attempts to remove her so the castle could be sold to pay her creditors

She had transferred ownership of the castle to her brother, George Amil, after she was made bankrupt, and continued to live there with him and his family.

In January, Van Overwaele lost a bid to take her case to the UK’s highest court. She was not there when the eviction took place on Wednesday.

Amil was photographed at the A-listed castle yesterday ahead of the sheriff officers’ arrival.

Reports stated he was still making calls to the Court of Session before the eviction took place.

Amil told the BBC: ‘They are saying they are coming today to evacuate us.’

Asked if he intended to leave, he told the broadcaster: ‘No. This is our house. I paid for it. I worked hard in this house. This decree is not against me.’

Workmen are reported to have forced the door open before sheriff officers and two police officers went inside to remove the family from the castle on Loch Long.

After Amil left with his wife he told the BBC: ‘We just ended up homeless, I don’t know where we are going to go now. And the kids finish school at three o’clock.

‘It is a giant miscarriage of justice. Someone has been sequestrated for £230 that was already paid, but the whole matter is a conspiracy and a cover-up. We are going to keep fighting.’ 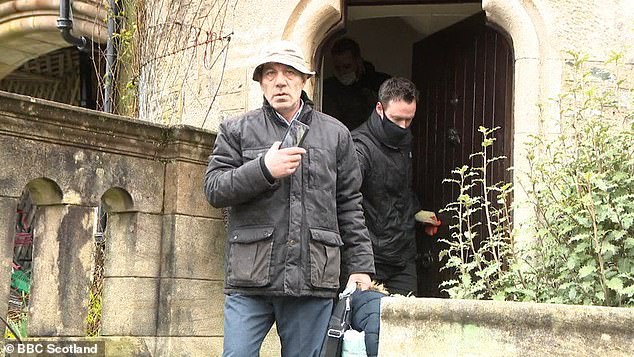 Speaking to the BBC via Facetime, Van Overwaele said: ‘This happened in Dumbarton. It happened at Court of Session.

‘All the time, there has been a miscarriage of justice. My evidence has been overlooked.’

Previously the Belgian national had tried to use an ancient Scots law, Lawburrows, against insolvency practitioner Cameron Russell

Last July, the Court of Session upheld an earlier decision to allow the bankruptcy trustee to evict the family and take control of the castle.

The law lords ruled against Van Overwaele and her brother because they failed to attend court.

At a Court of Session hearing in January, Van Overwaele was denied permission to appeal to the Supreme Court in London.