THEIR sprawling five-bedroom Essex mansion boasts a four-tier chandelier, his and her basins in the master bedroom’s ensuite and stables. 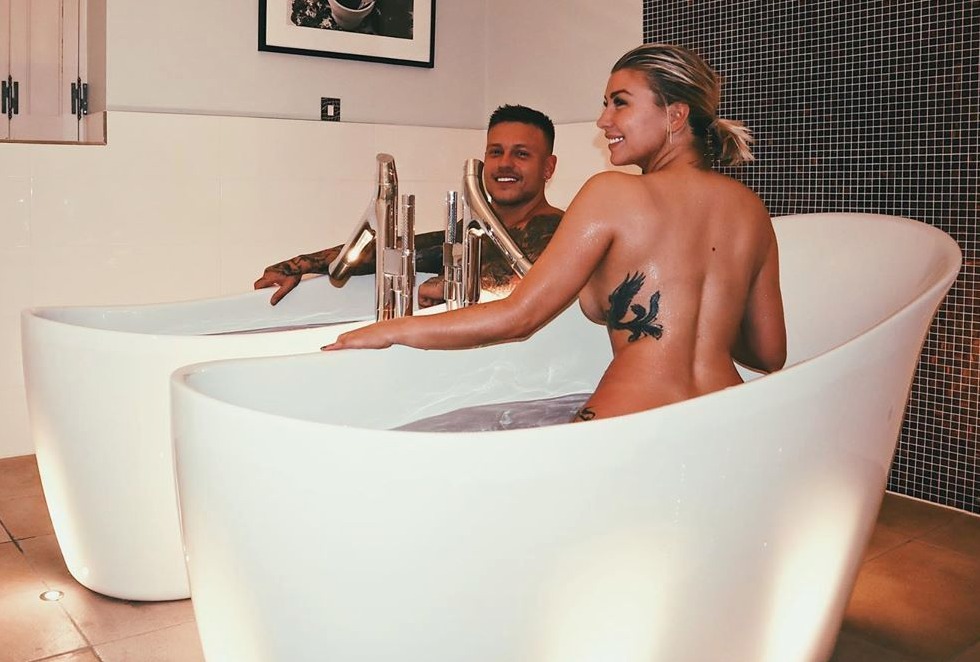 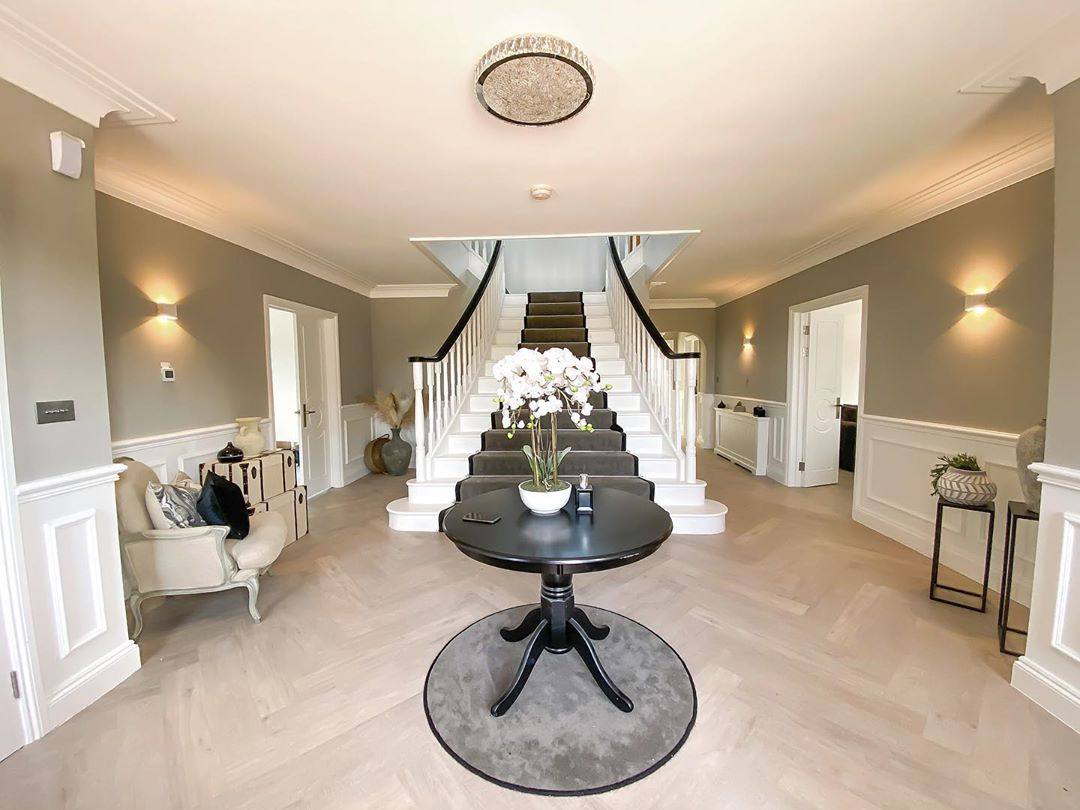 Since becoming runners up in the second series of the show four years ago, the couple – who married in 2018 – have landed a reality TV spin-off series and carved out successful careers as influencers, with more than four million Instagram followers combined.

Ex-scaffolder Alex, 29, and former sales executive Olivia, 26, who moved into their £1million mansion in Essex last year, are now worth £4.5million.

But Olivia – who was once so debt ridden before her rise to fame she was forced to sell her sofa – is only too aware of how fickle the reality industry can be though and what she and Alex have worked so hard to create could be snatched away from them “in an instant”. 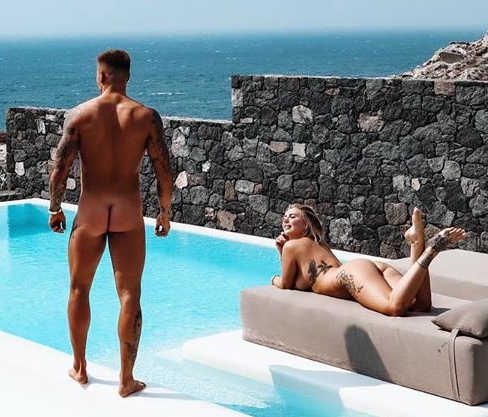 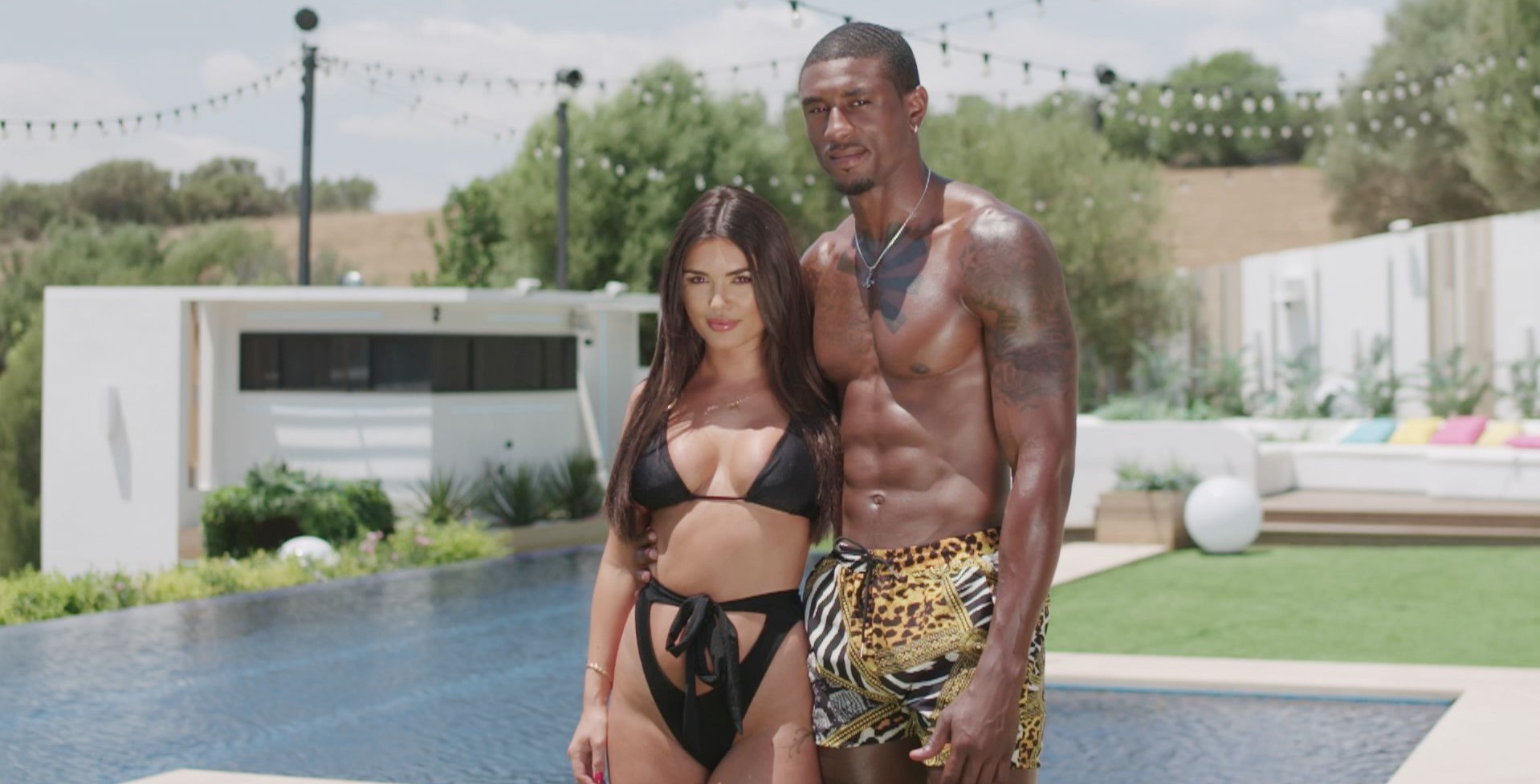 Speaking to former Love Island Ovie Soko on his documentary, Ovie: Life After Reality TV, she says: “If I lost this house I’d be devastated but the reality that could happen is quite true.

“If I made one wrong move, if I did one wrong job, if I said one wrong thing… It could be gone in an instant.”

Olivia compares it to having “a clock above your head” while Alex adds: “That’s the scary thing, it could all be ripped away from you.” 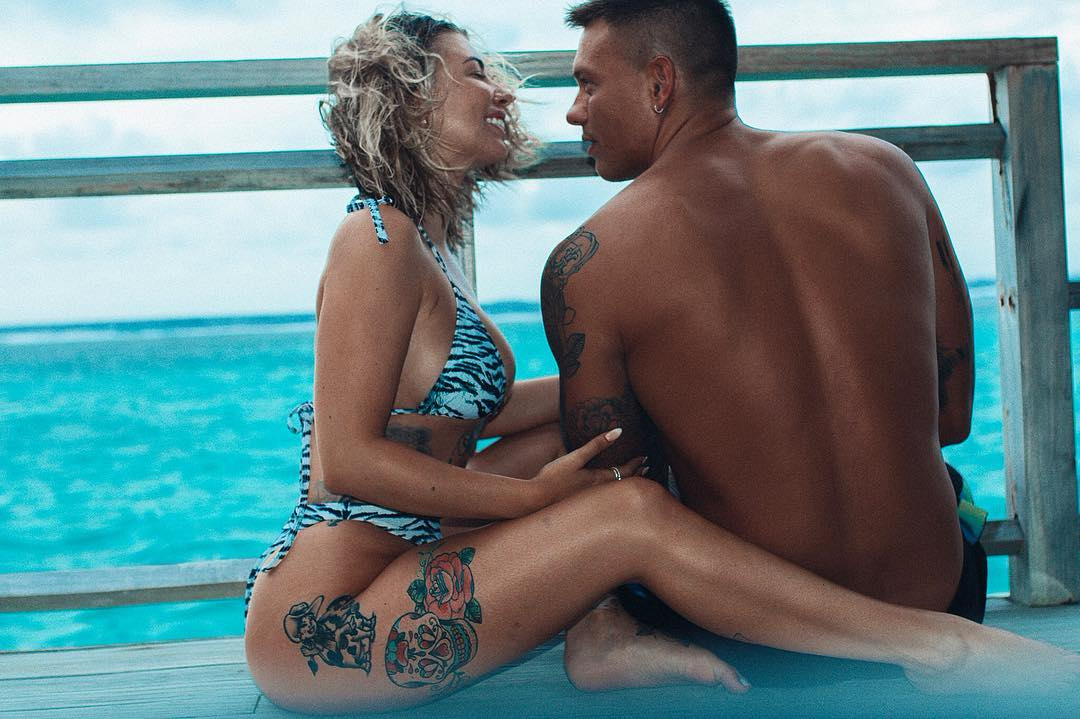 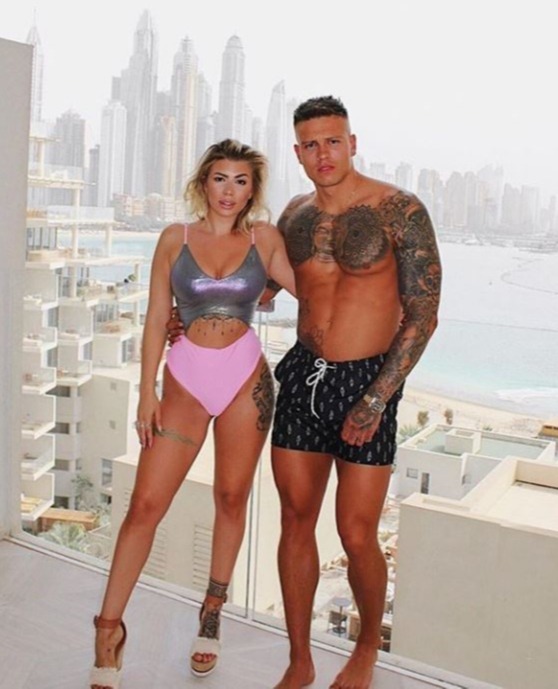 And their fears are for good reason. The power of social media’s ‘cancel culture’ can end a career within minutes.

Indeed, after midwife and 'mumfluencer' Clemmie Hooper, aka Mother Of Daughters blogger, confessed to using a fake account to troll other parent bloggers – even her own husband – last year, her 700,000 social media following plummeted within days.

Ovie tells The Sun: “It is true what Olivia said, especially when your primary and main source of income is so heavily dependent on the public's view of you and upholding whatever images you might carry that makes you attractive to these different companies that want to work with you.

“If people don’t like you then you don't get the brand deals.” 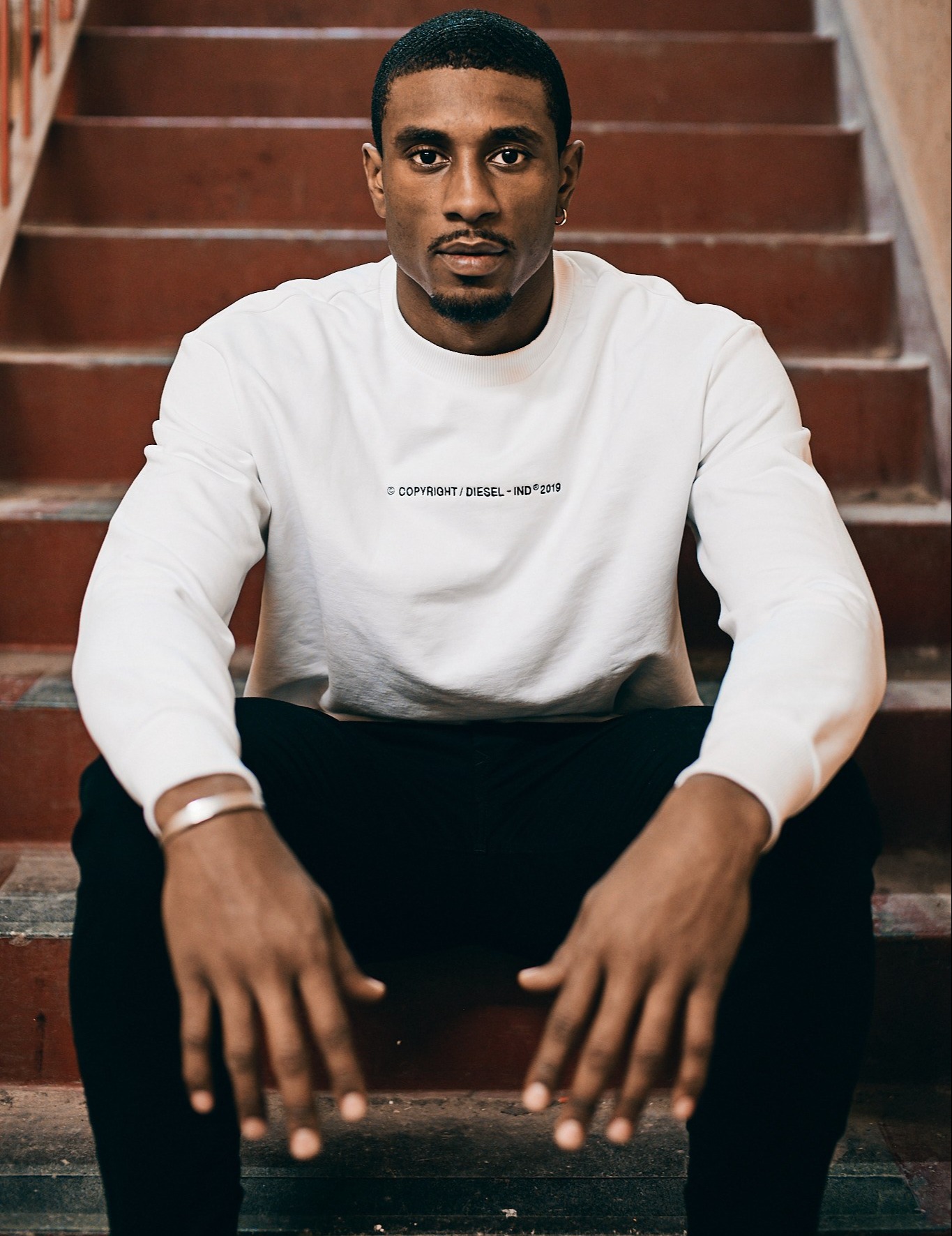 The 29-year-old Londoner shot to fame last year after entering the Love Island villa, where he immediately won over the nation thanks to his good looks and laid-back charm.

Since his stint in the villa, professional basketball player Ovie has become one of the most sought after reality TV stars, landing advertising deals with the likes of Diet Coke and ASOS as well as publishing his self-help book.

The 6ft 7in athlete, who plays for Le Mans basketball club in France, has also had to juggle the demands of professional sport. 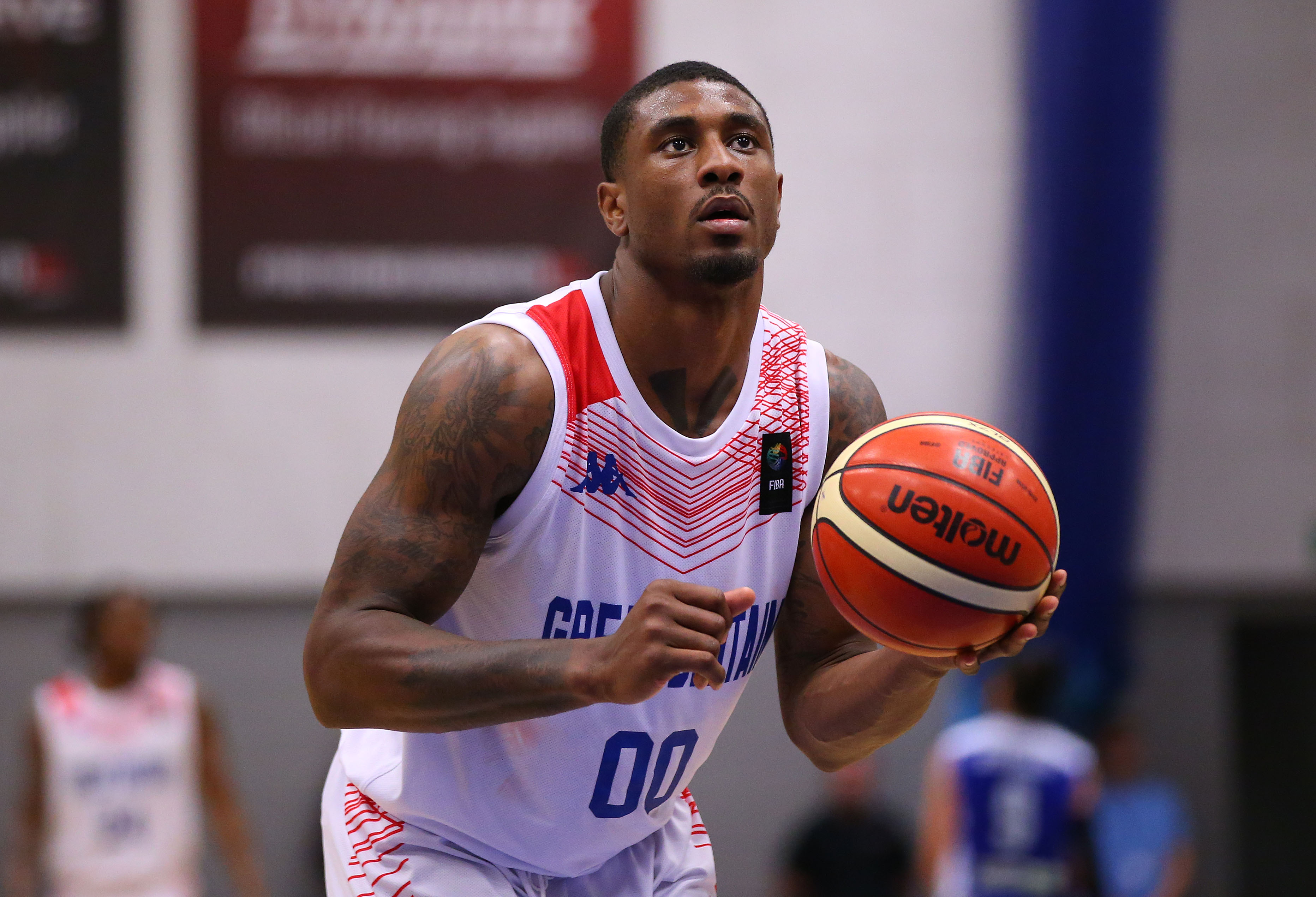 But there are only so many hours in the day and now he must decide whether to stick with his basketball career or step into this new world.

In his first documentary, he delves into the good, the bad and the ugly side of the industry in a bid to to help him decide what to do next with his career.

As well as Olivia and Alex, Ovie speaks to other famous faces from the industry to get their honest opinion.

One of them is Vicky Pattison who first appeared on our screens in the MTV show Geordie Shore in 2011. 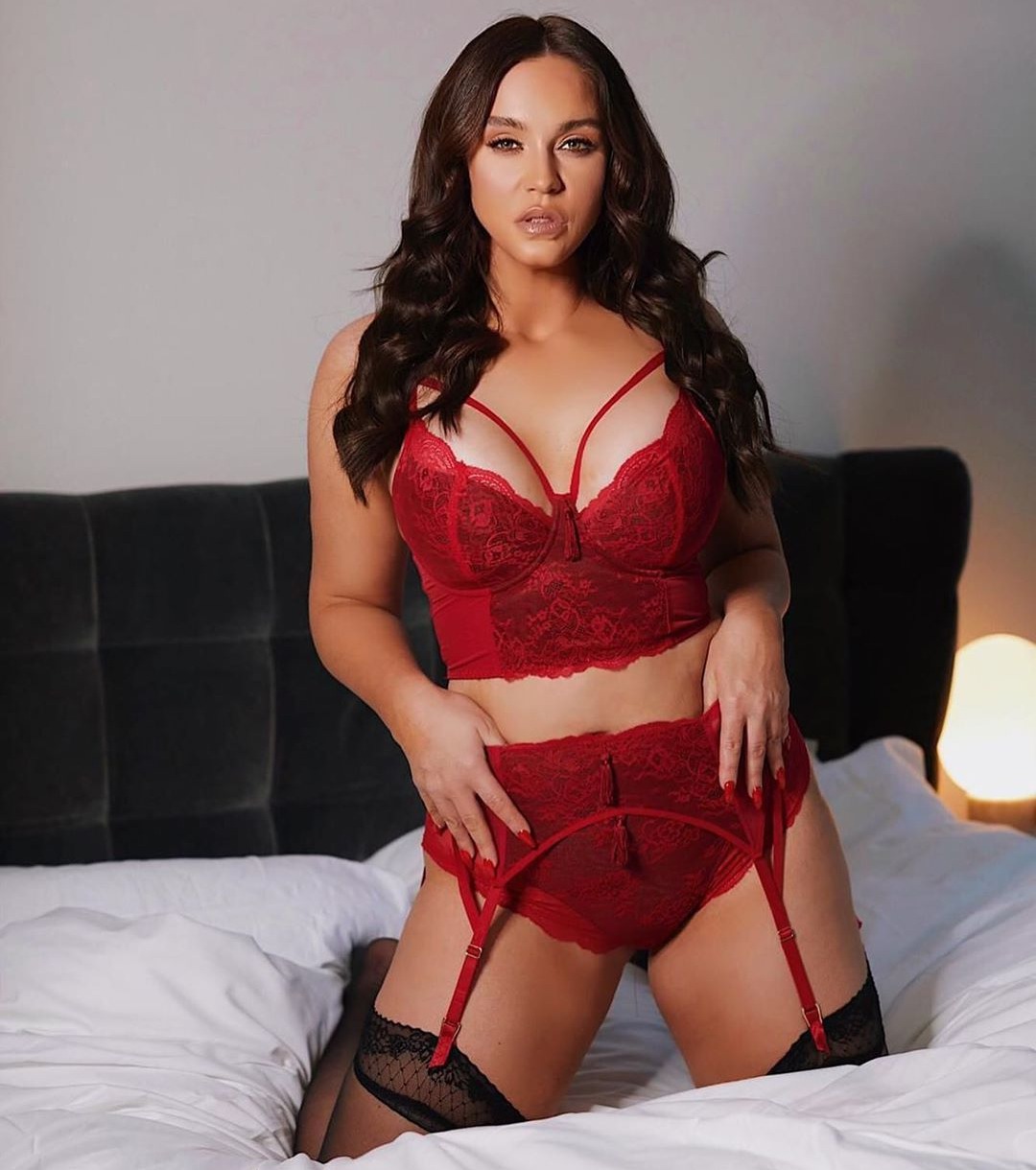 Since then, she reinvented her image as a potty-mouth binge drinker on the reality show to being crowned Queen of the Jungle in December.

Vicky has forged a successful TV career, with stints on ITV’s This Morning and Loose Women, as well as building her own fitness empire, making her a multi-millionaire.

Yet, she reveals one of the downsides to everyone knowing your name – she says is that she has “no privacy”. 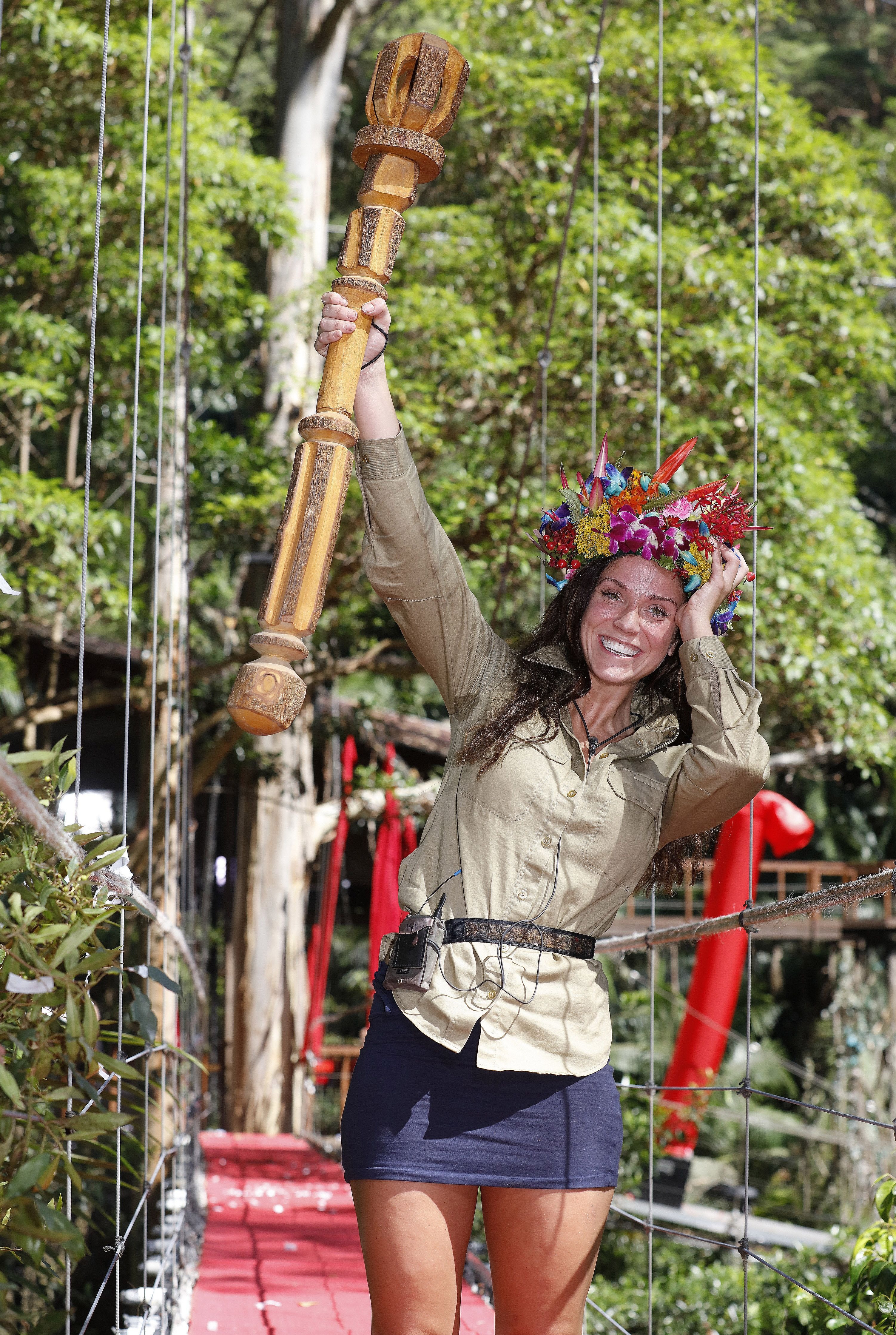 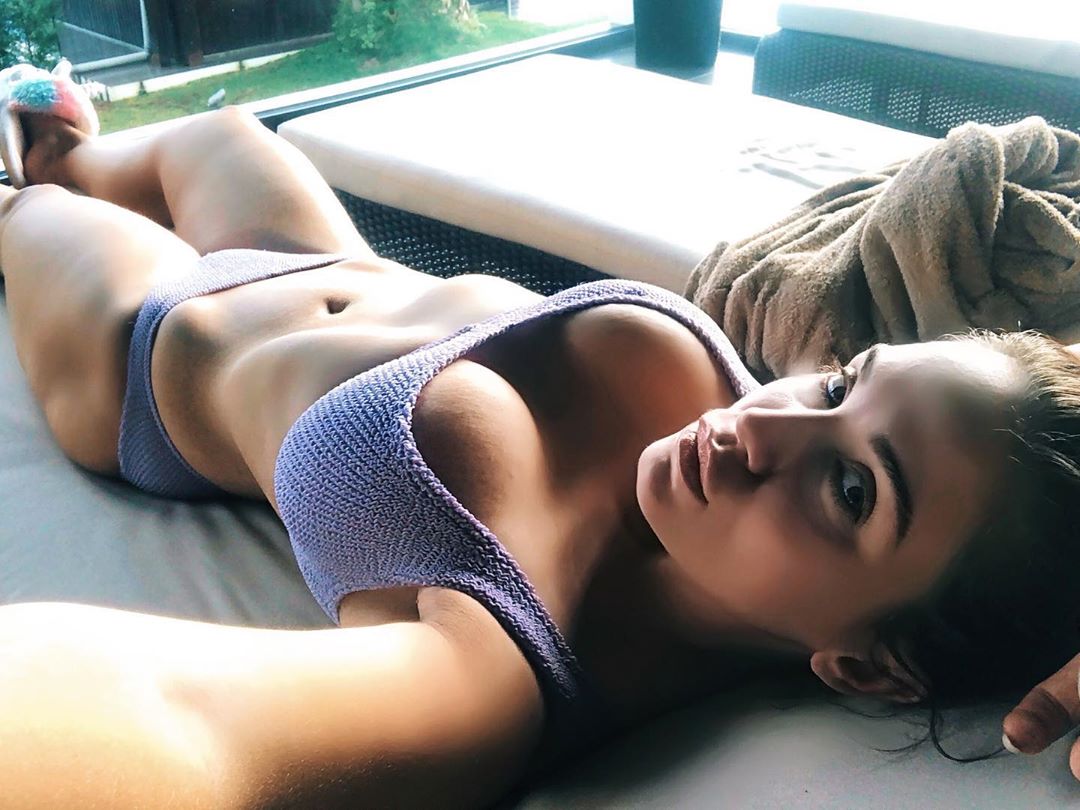 “And because of the nature of the beast – reality TV – your personal life is so intrinsically linked to it that sometimes you don’t have anything for yourself and that is quite a hard thing to get your head around.

“I’ve had to learn that nothing’s really mine. Everything belongs to everyone else.”

Having his personal life played out in public is something Ovie has already experienced after splitting up from his Love Island girlfriend India Reynolds amid rumours she cheated on him.

He says: “It wasn't easy at all because on top of the obvious fact of going through a break-up which isn’t easy for anyone, now you introduce this whole new element that you have never dealt with before. 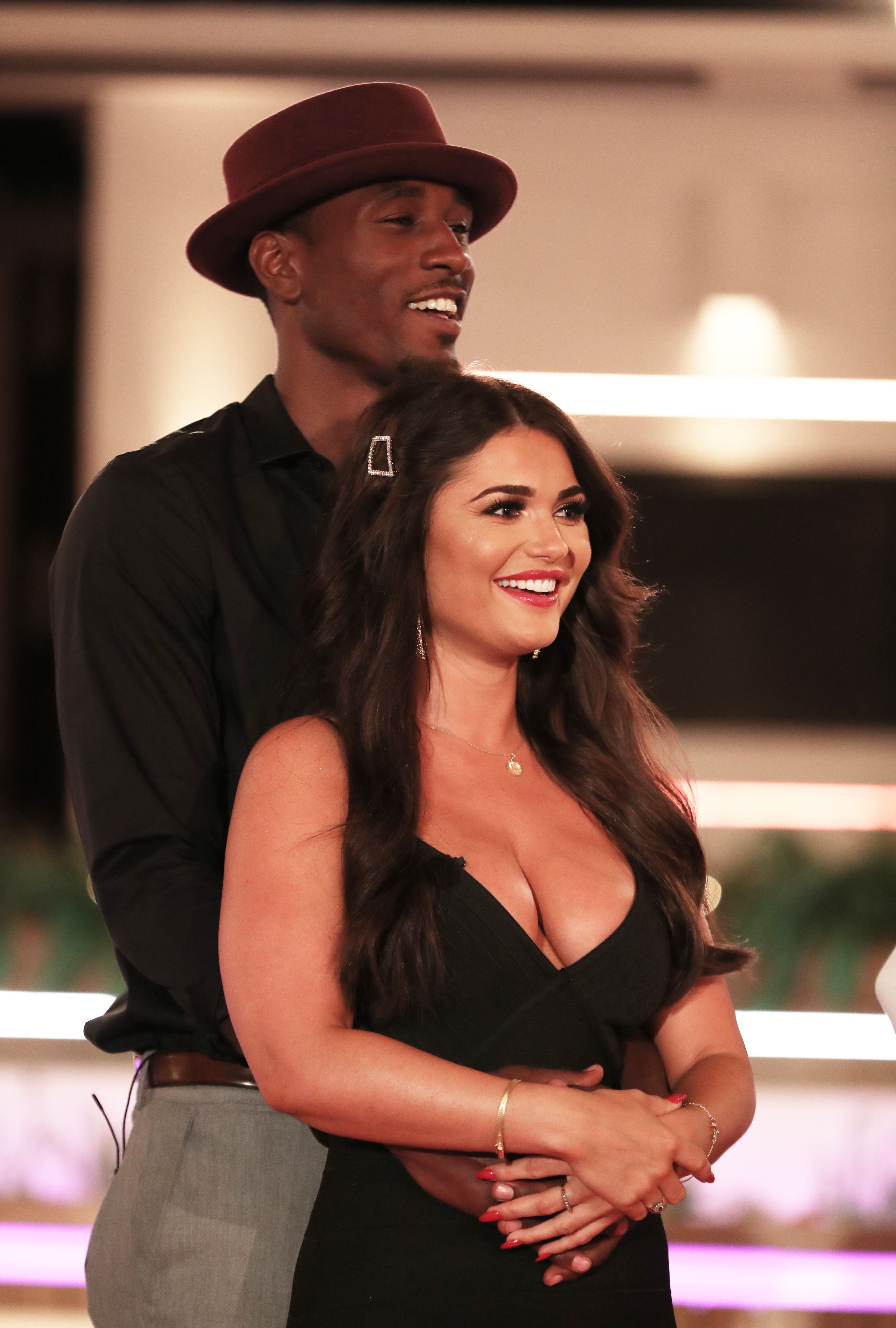 “I would definitely say having your life in front of everyone to challenge and dissect and give their unprofessional opinion on is difficult.

“We are not talking about whether you wore the ‘wrong’ shoes and they are killing you on the red carpet because you looked horrible, it is something that genuinely means something to you.”

Ovie is currently single but says he would consider keeping his next relationship out of the spotlight.

He says: “Relationships today are extremely difficult with social media, with everyone constantly kind of competing with the perfect image with filters and stuff like that.

“I just think it is necessary to nurture that sort of thing in peace and quiet. A seed can't grow on top of the soil, do you know what I mean?” 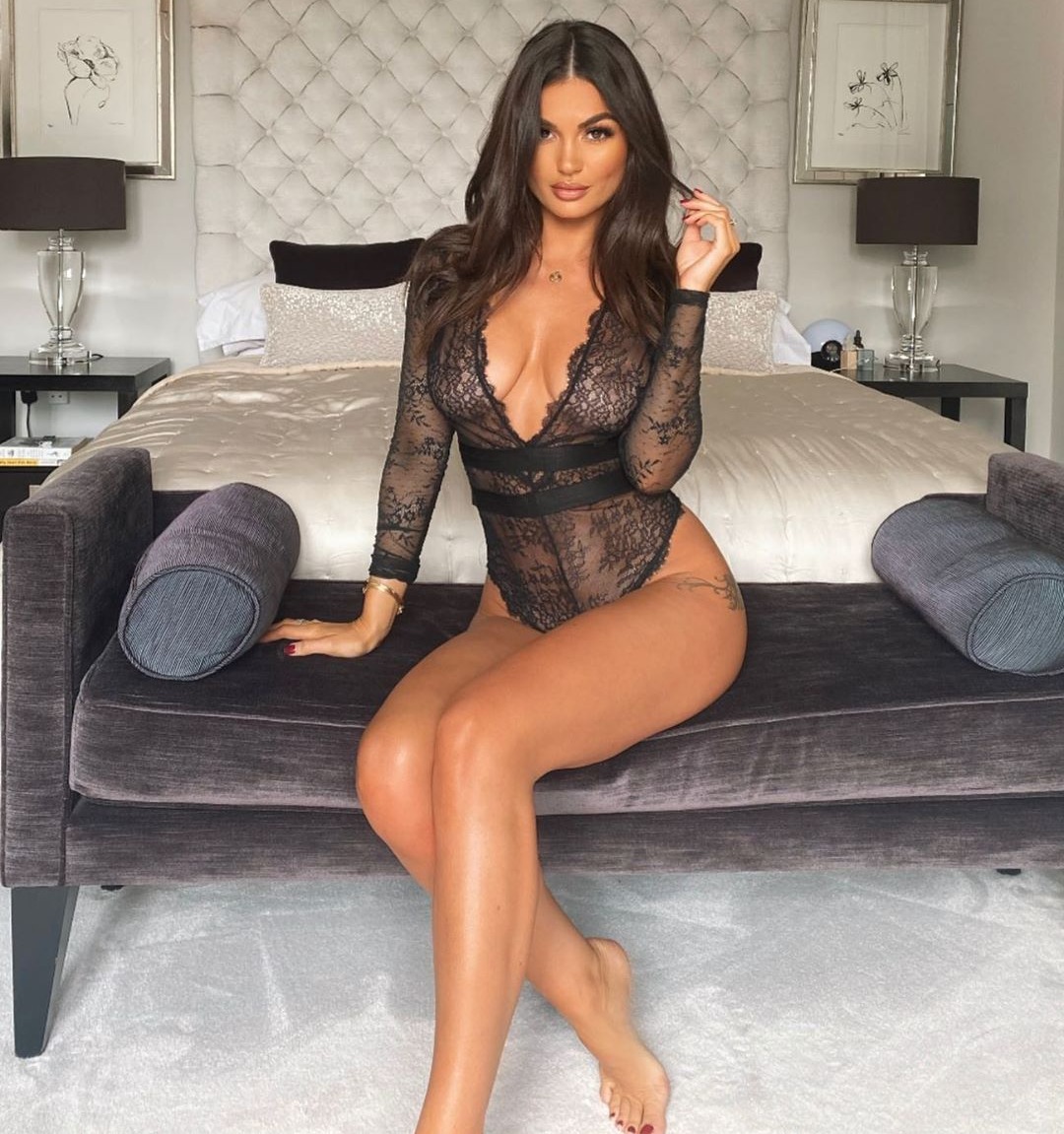 Ovie also knows from personal experience how reality TV shows always simplify characters. He was given the role of the “good guy” on Love Island but bad boys make for much better telly.

During the documentary, he reunites with his Love Islander Michael Griffiths was branded the villain of the villa following his treatment of girlfriend Amber Gill following his recoupling with co-star Joanna Chimonides. 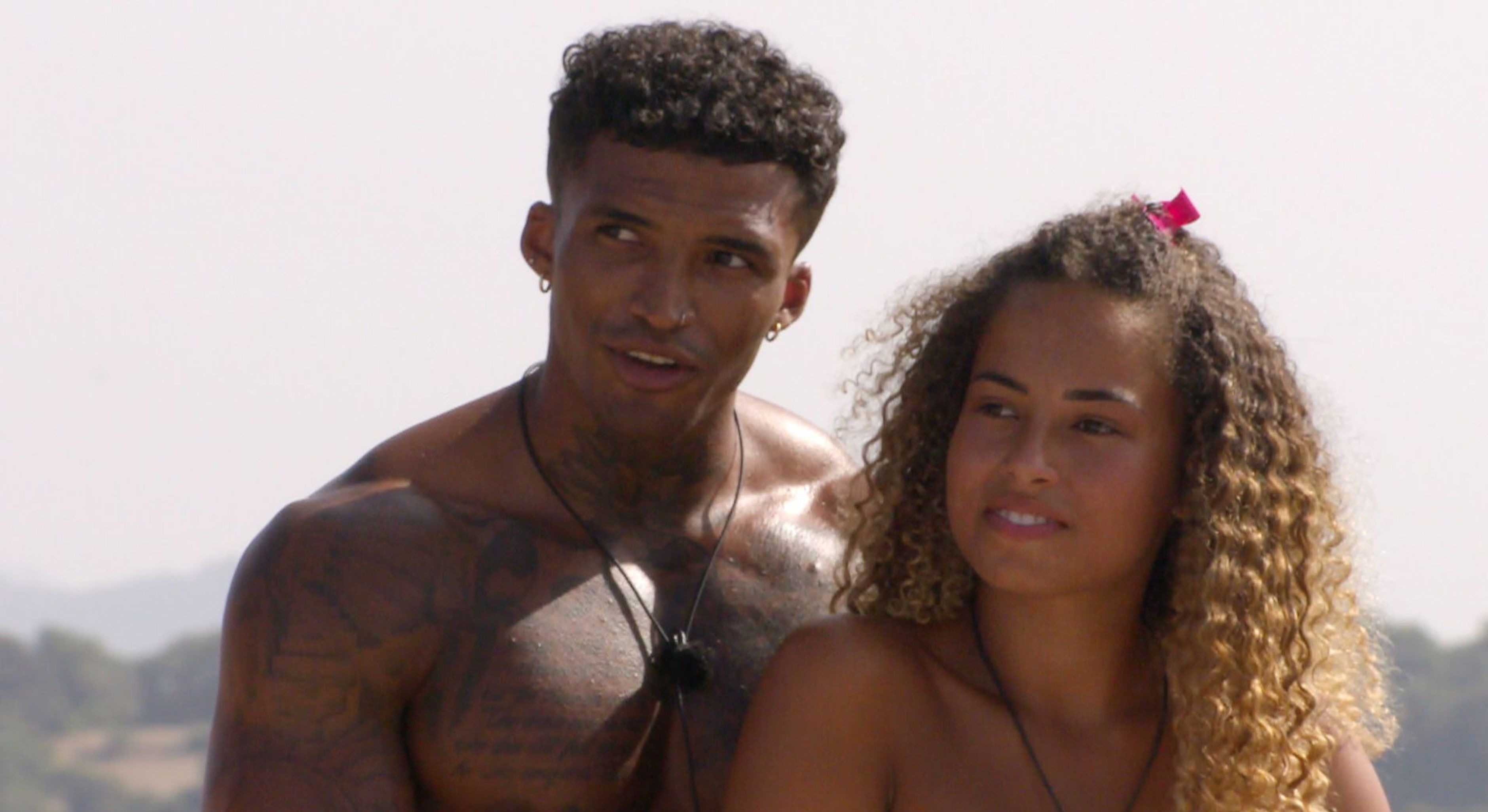 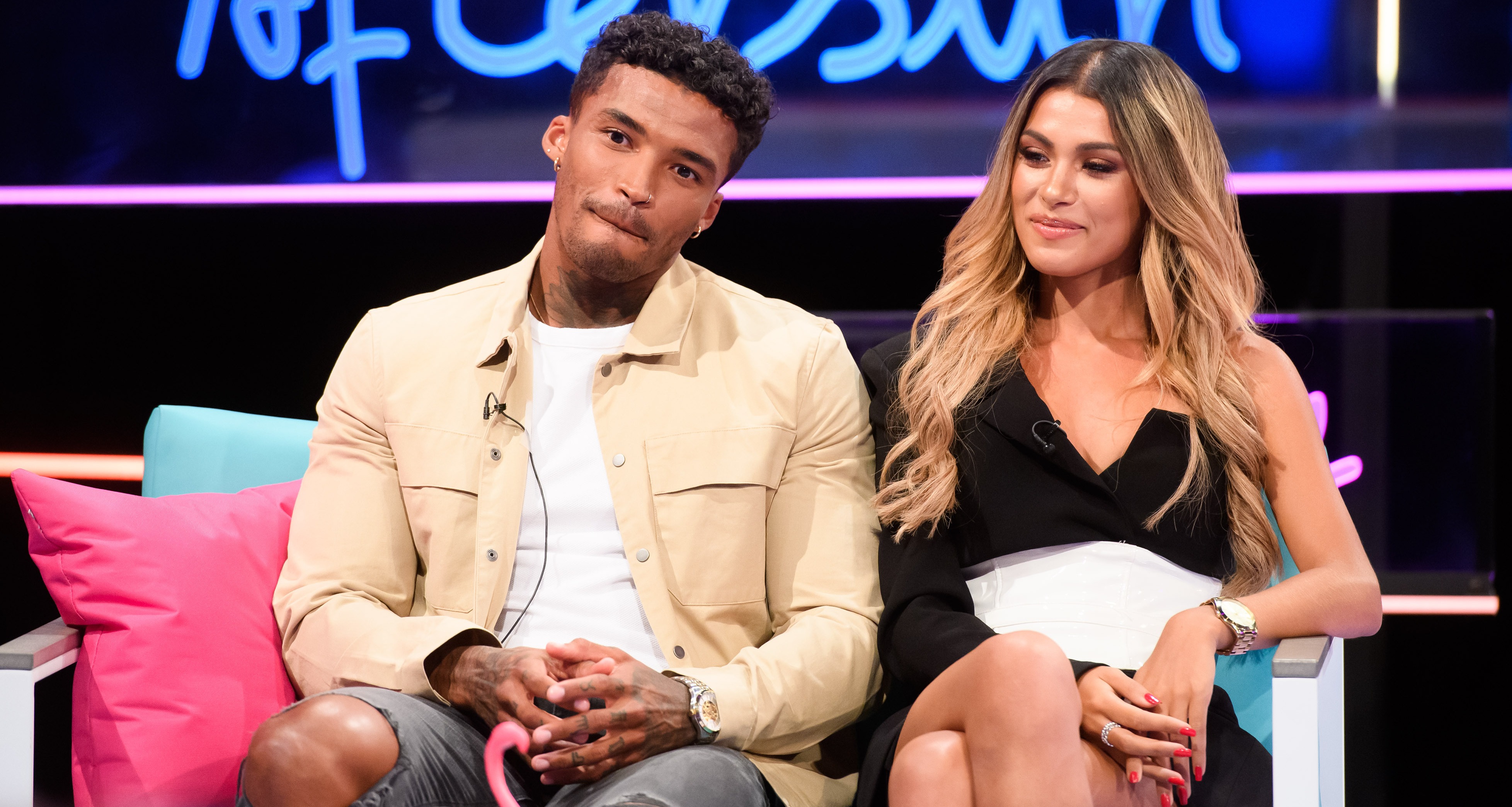 Former firefighter Michael, 29, faced a huge backlash when he left.

He says: “Because people have seen snippets of you on screen, they feel like they know you.

“Everyone is allowed to have their own opinion but they feel like they know you personally and they probably know five minutes of you that they have seen on screen and they judge your whole personality based on those five minutes.”

Michael, now a Dreamboys stripper, has complained of unfair editing over some of the decisions he has made – and so too have other Love Island contestants. 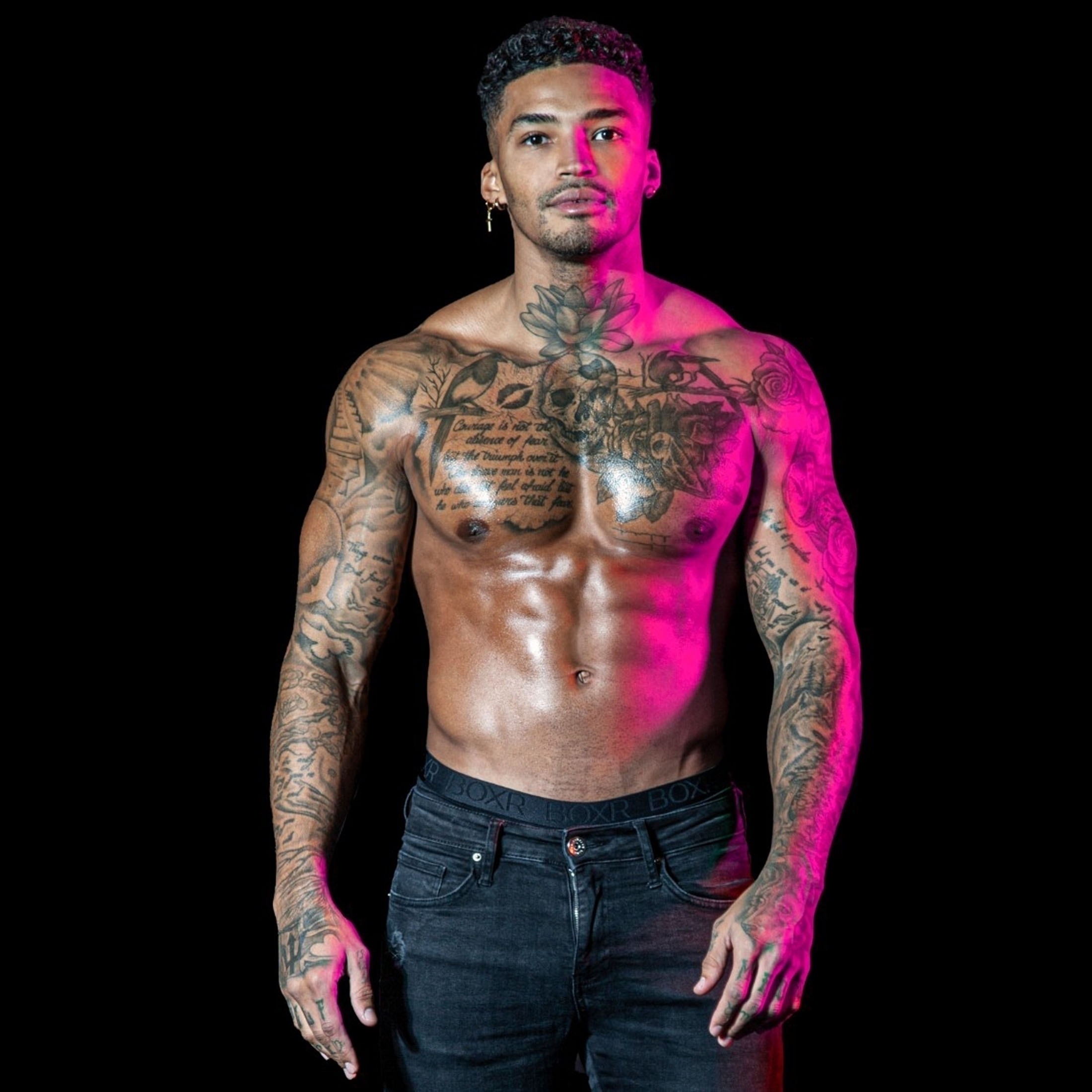 But Ovie insists: “I feel like I was treated fairly.”

He adds: “I just went there to enjoy my experience. I wasn’t fighting for airtime.

"It wasn't something where you couldn’t dangle a carrot in front of me because if there was anything I disagreed with or I didn’t like, I would just say, ‘OK I am not doing it.’

“If it resulted in me going home, I would go home. I didn’t have to be there.”

Ovie also travels to meet one of the original reality TV bad boys, former Towie star Mario Falcone, who gives Ovie an insight into the dark side of reality TV.

Mario was dubbed a love rat for the way he treated women, including his former girlfriend Lucy Mecklenburgh. 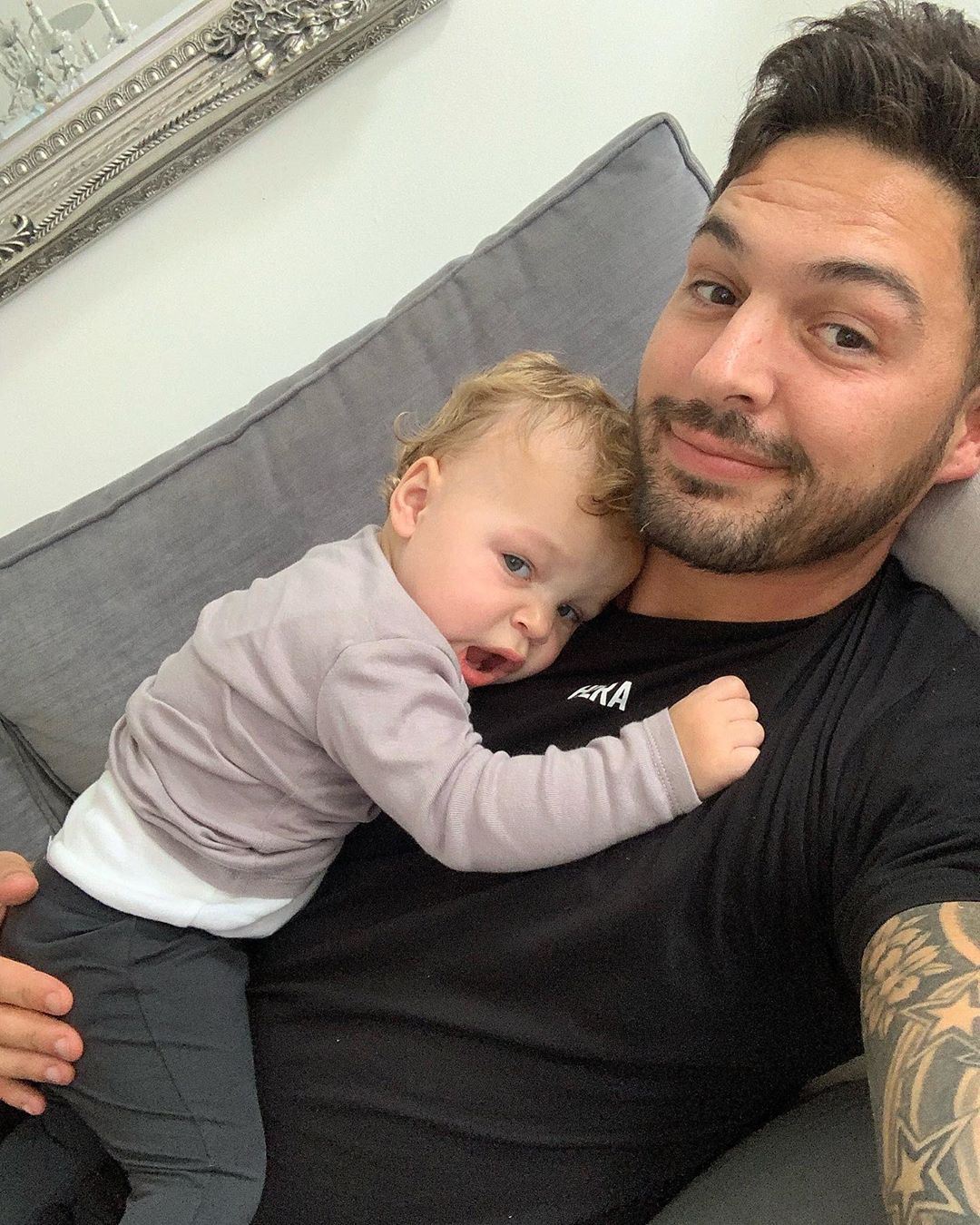 Mario, now 32, readily admits he wouldn’t be where he is today without the show but he feels he was “manipulated” so things were “steered against him”.

He says: “You can see the public’s reaction, they can proper hate you. I’m talking death threats, nasty stuff like they hope I die of cancer.”

It took a toll on his mental health and admits it left him suicidal.

Mario says: “It’s the one instance in my life where I didn’t feel I had control over it. The only way I felt I had to get out of the situation was to try and take my own life.” 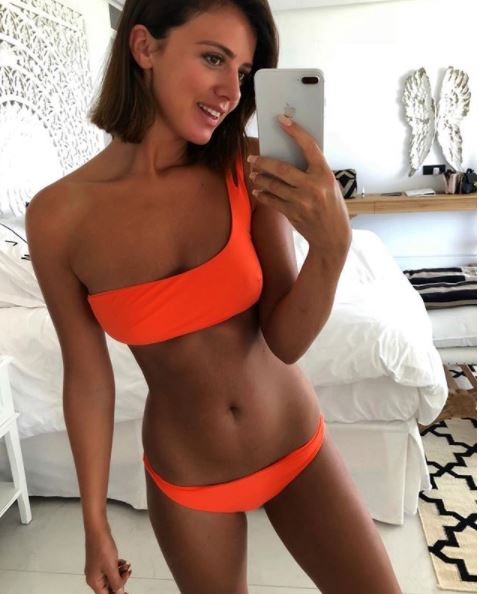 Ovie says of his meeting with Mario, who has since moved away from the world of reality TV: “Whenever you hear stuff like that it definitely does make you slow down and think. It just put things back into perspective.

“I hope it is something that gives food for thought for other people who are possibly thinking about going on reality TV or those who have already been on it and maybe they might be feeling down.

“I think it is good to see someone who has sort of fought their way through such a difficult time.” 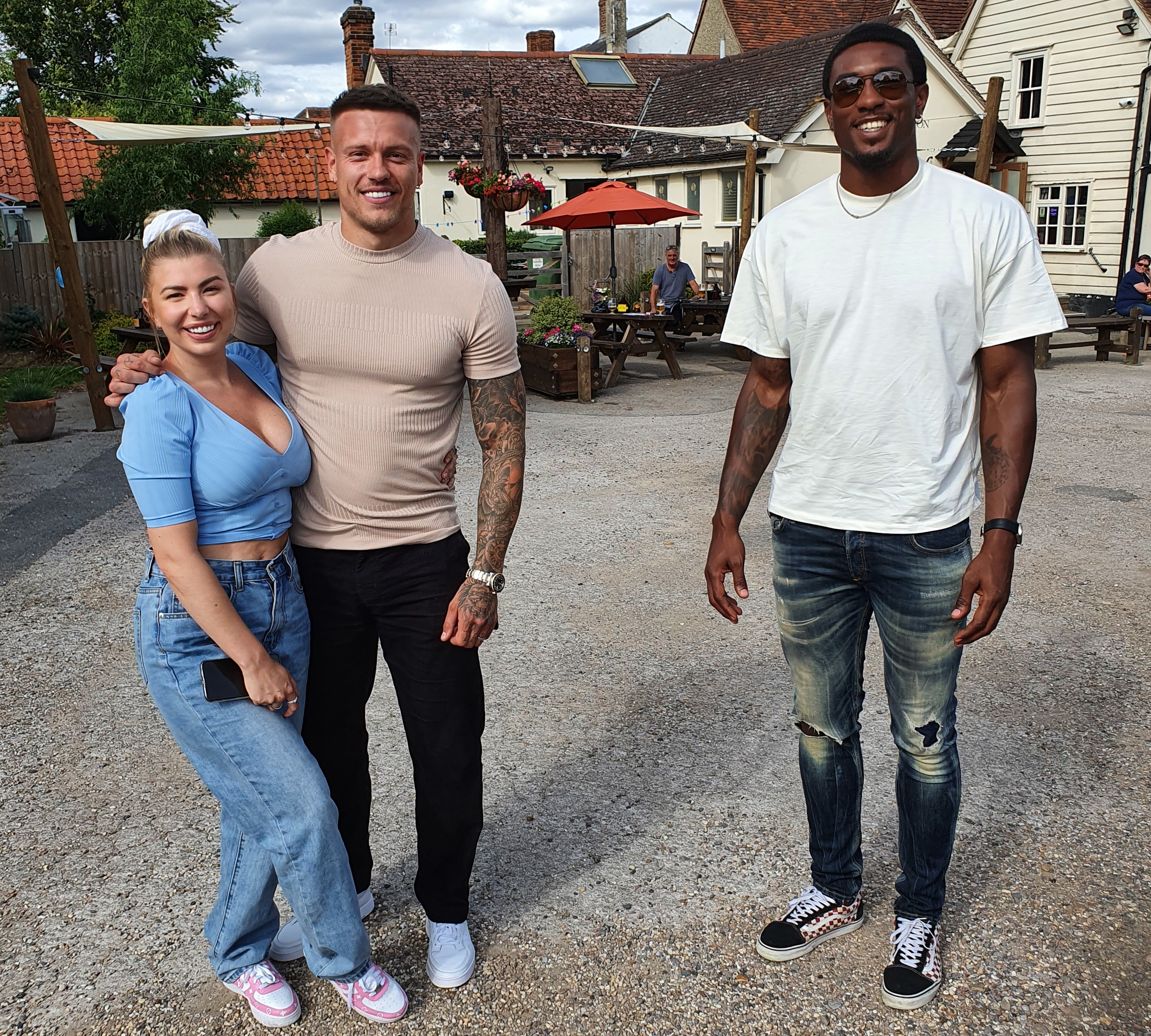 Mario isn’t the only one to struggle with his mental health.

Ovie says: “I met Caroline for the first time when I was on Love Island. I didn’t know her very deeply but whenever I came across her she was such an awesome person so it was definitely a tough loss. 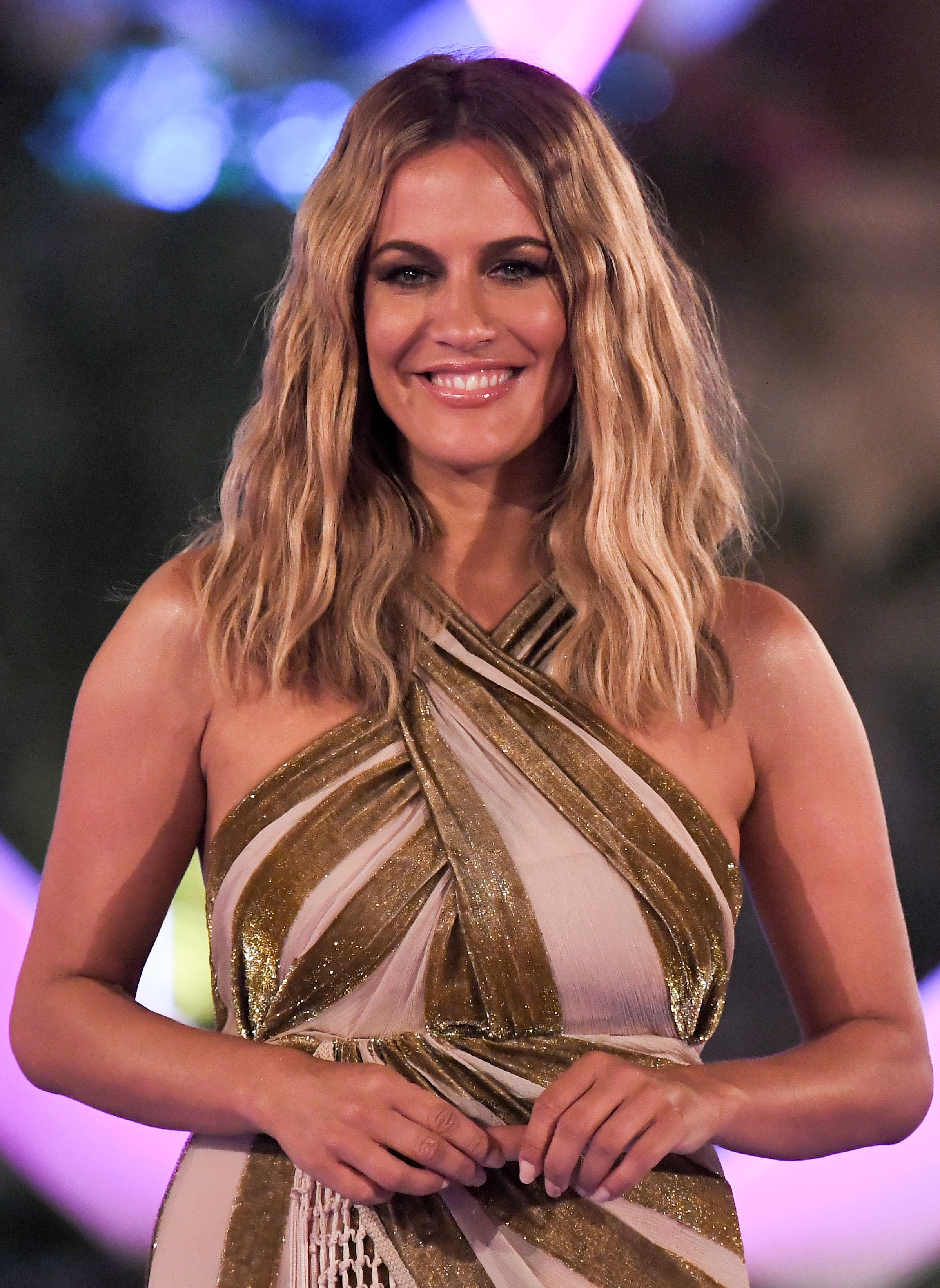 “I can’t help but think that if 90 per cent of the people who had had some nasty things to say about her had met her in person and actually been able to make a true judgement for themselves then I think most people would have the same to say about her as me.

“But unfortunately I think social media is almost like a monster that has grown out of control now.

“There is obviously a responsibility in the people that are passing on this information because like you can see in these worst case scenarios it can result in a loss of life, which at the end of the day is never acceptable.”

Ovie says he has begun to understand how reality TV can damage people and that you can see people who feel like they have been taken advantage of.

He says: “There is no doubt about the gain but is what you can get from it worth it? Will it leave you happy 15 years later down the line? 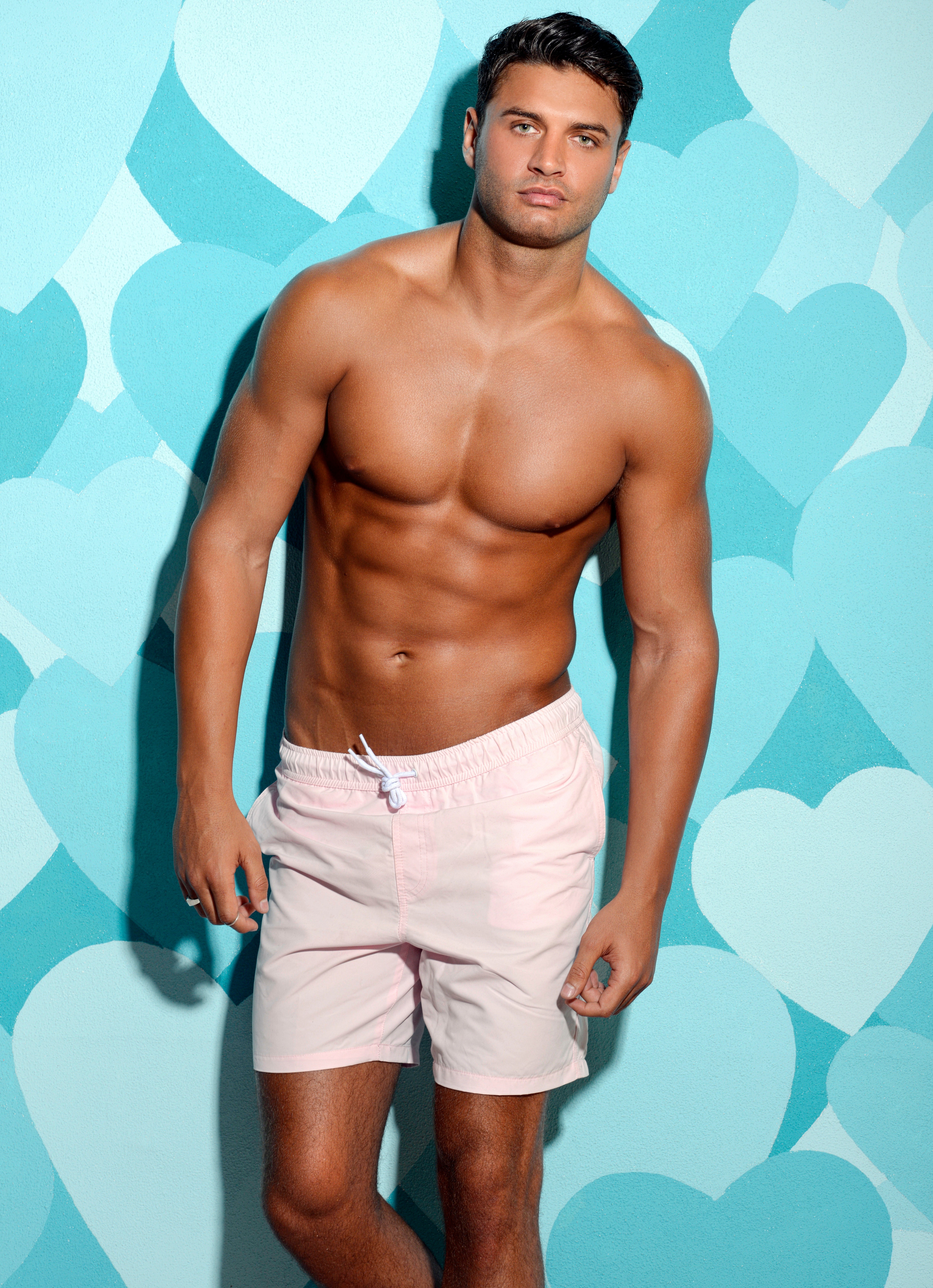 “There's clear gain that can be made but does it drain what you have up here and in here? Does it take your sense of love for yourself away?

“And if that is the case that’s not something I’d push people towards.

“But ultimately, it’s a rotten apple that’s been dipped in gold in many different ways.”

Ovie: Life After Reality TV is available on BBC iPlayer now.
It will also air on BBC1 on Tuesday 17th November at 10.45pm.