JEREMY Corbyn was booed as he attended the British Kebab Awards last night.

The outgoing Labour leader attended the event in London to present the best kebab restaurant in north and west London award to Kabul City Restaurant. 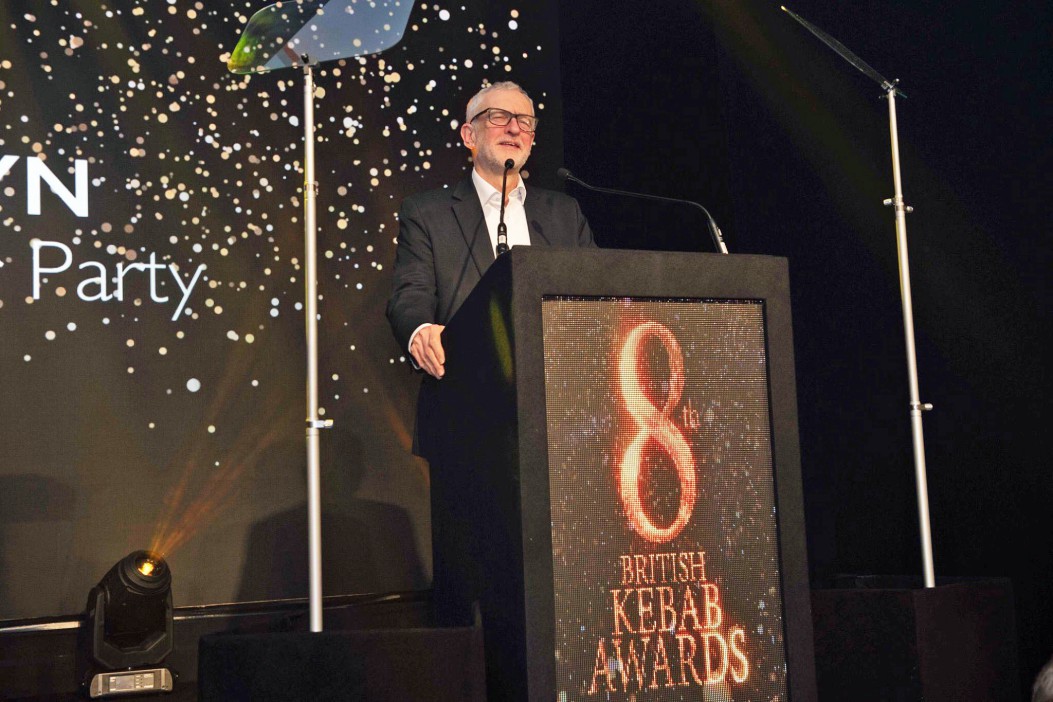 Stepping up to make his announcement, the vegetarian politician was then booed by parts of the crowd.

Announcing the award, he said: "My test of a kebab restaurant because of predilection not to eat meat is, sorry about this – I can't ignore the truth that I am a vegetarian – is that, does it contain salad and do they have good falafels?

"That has divided the audience.

"But can I tell everyone who operates a kebab restaurant or uses one, they are something very nice and very special in our community."

The defeated socialist kept smiling despite jeers by some of the crowd.

It comes two months after the election flop, and he was rated 0/10 by 42 per cent of the public.

According to the British Kebab Awards, more than 1.3 million kebabs are sold across Britain every day.

Ibrahim Dogus, Lambeth-based restaurateur and founder of the Kebab Awards said: “The kebab is an unsung cornerstone of high streets across the country, and the simply superb quality of this year’s entries shows that British small businesses can more than compete on a world stage of cuisine. 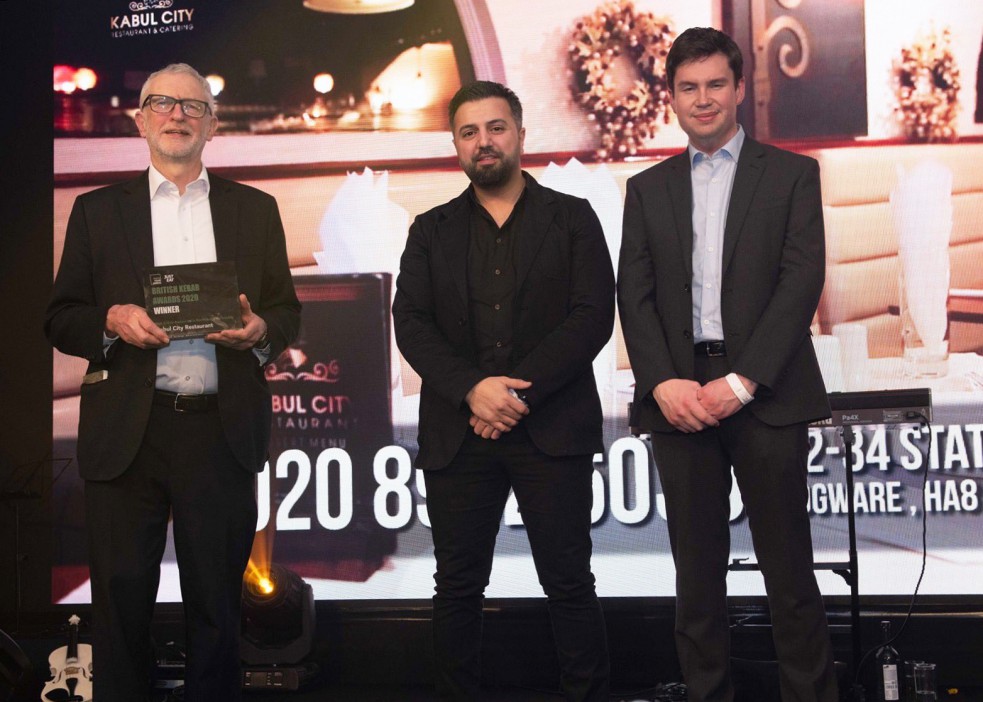 Labour members can now vote for Mr Corbyn's replacement, with the winner announced on April 4.