A proposed aged care and child care development in Ivanhoe is being opposed by a group of local residents who claim the developer is trying to avoid scrutiny from the council and state planning tribunal.

The approval process will bypass the local council and state planning tribunal after TLC’s plans were sent to Planning Minister Richard Wynne for “accelerated assessment” by the Development Facilitation Program – a special planning body set up during the pandemic to speed the development of projects and stimulate the economy. 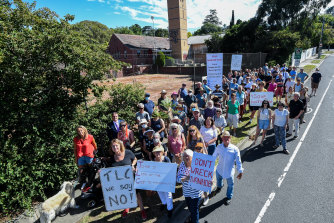 Mr Wynne’s increased powers enabling him to overrule decisions by local authorities and expedite the development process for state projects have come under increasing scrutiny recently after a series of controversial moves, including calling in an application to redevelop Shell House in the CBD.

A spokeswoman for Mr Wynne said consultation on the plans had begun and will close on February 28.

“The local council and affected residents and community groups have been invited to provide feedback on the proposal – their views will be considered before a decision is made,” she said.

Local resident and head of community group Save Ivanhoe East, Elisé Burchsmith, said the development belonged in a commercial rather than residential zone and had implications for planning approvals across the state.

“No one’s against change, but this is just excessive beyond all measure,” she said. “We feel very strongly that this can happen anywhere. This is not just Ivanhoe.” 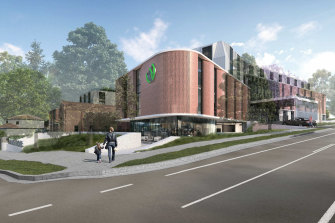 TLC’s initial proposal was refused by the Banyule City Council in 2019 on various grounds, including breaching existing covenants restricting development on the site to single dwellings, excessive development, intense scale of use and exceeding height limitations.

The developer then appealed to VCAT but withdrew the application prior to the hearing on the threshold issue of whether the proposal contravened the covenants.

TLC chief executive Lou Pascuzzi did not respond to requests for comment.

Ms Burchsmith said there had been “complete silence” from TLC since the VCAT hearing until residents started receiving letters this month about an amended application which had gone straight to the Planning Minister.

“They’ve walked away from the umpire, which I would have thought was VCAT because they knew their case was problematic, and now they’re looking for a backdoor way to get what they want,” she said. ” The new application is actually worse than the first one.“

Ms Burchsmith said if Mr Wynne stepped in and approved the project under the guise of public benefit, the private developer will make a major windfall without going through due process.

“The Planning Minister appears to have an awful lot of power vested in one person,” she said.

In order for the project to go ahead, Mr Wynne must amend the local Banyule planning scheme to authorise the removal of the restrictive single dwelling covenants and grant a planning permit for the development. 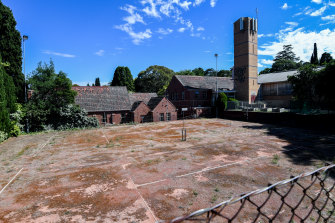 The site for the proposed development in Ivanhoe. Credit:Joe Armao

Banyule councillor Peter Castaldo said the revised proposal was largely the same as that previously refused by council.

“Banyule Council believes the proposed development should be subject to the normal planning procedures in which Council is the responsible authority, residents are informed through public information sessions and community consultation, and objectors have the right to appeal Council’s decision,” he said.

A covenant is a rule imposed on a property title.

Covenants on land are usually difficult to remove. In a 2012 planning case a few doors down from TLC’s Ivanhoe East site, the Supreme Court refused to remove a similar covenant for a property owner who wanted to build two houses on their King Street site.

“Modification of the covenant may injure those entitled to the benefit of it by creating a precedent for any subsequent applications for modifications of single dwelling covenants,” the court said.

The project in Greville Street had 122 objections from residents, was twice rejected by Stonnington Council, was knocked back by the state planning tribunal and ruled out by the Supreme Court, before Mr Wynne approved it.