A YEAR ago today, Parisians watched in horror as the 857- year-old Notre Dame went up in flames.

Despite over 850 million euros donated to bring the historic landmark back to its former glory, the medieval build remains empty after the coronavirus lockdown has brought renovation work to a halt. 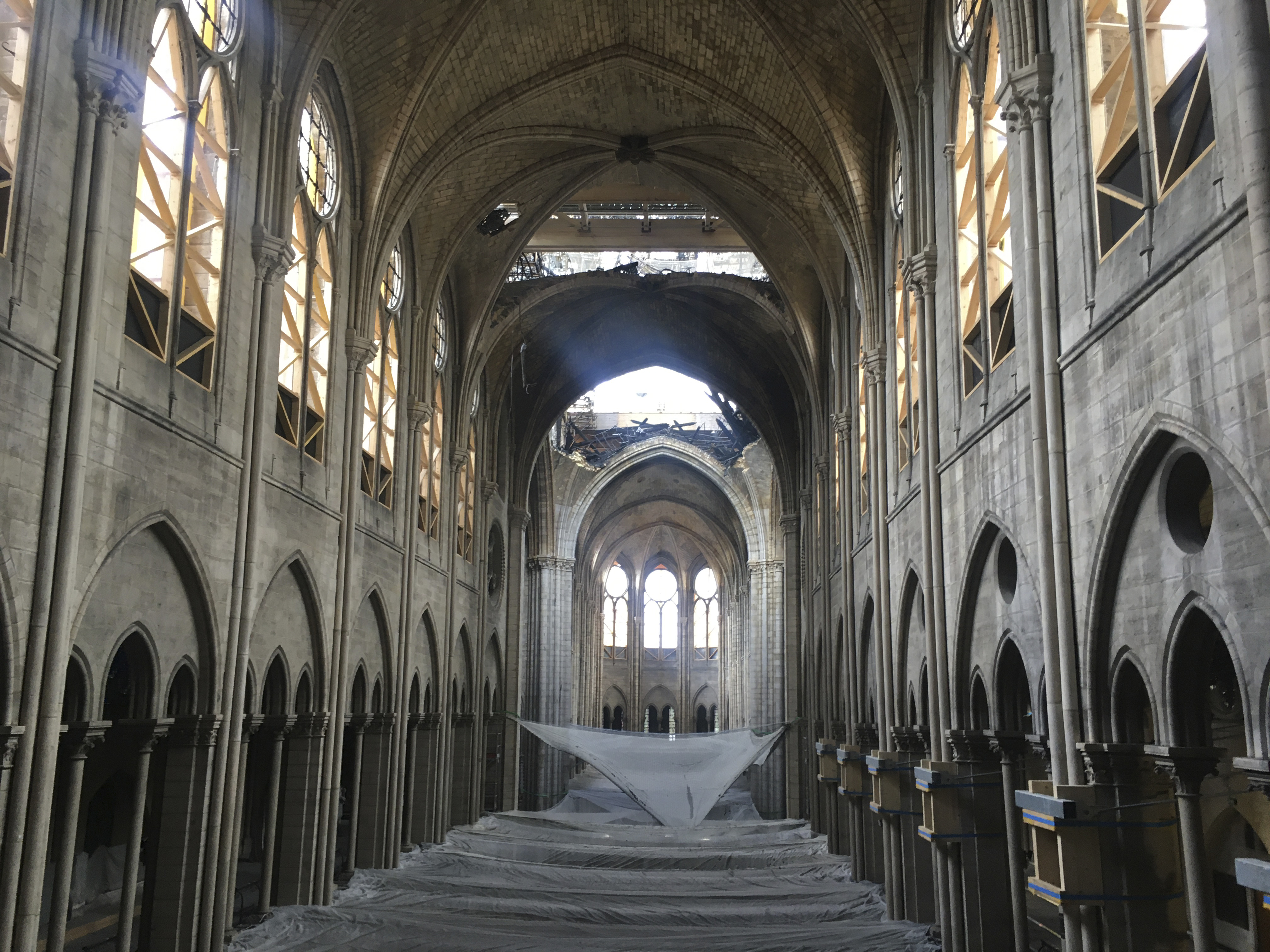 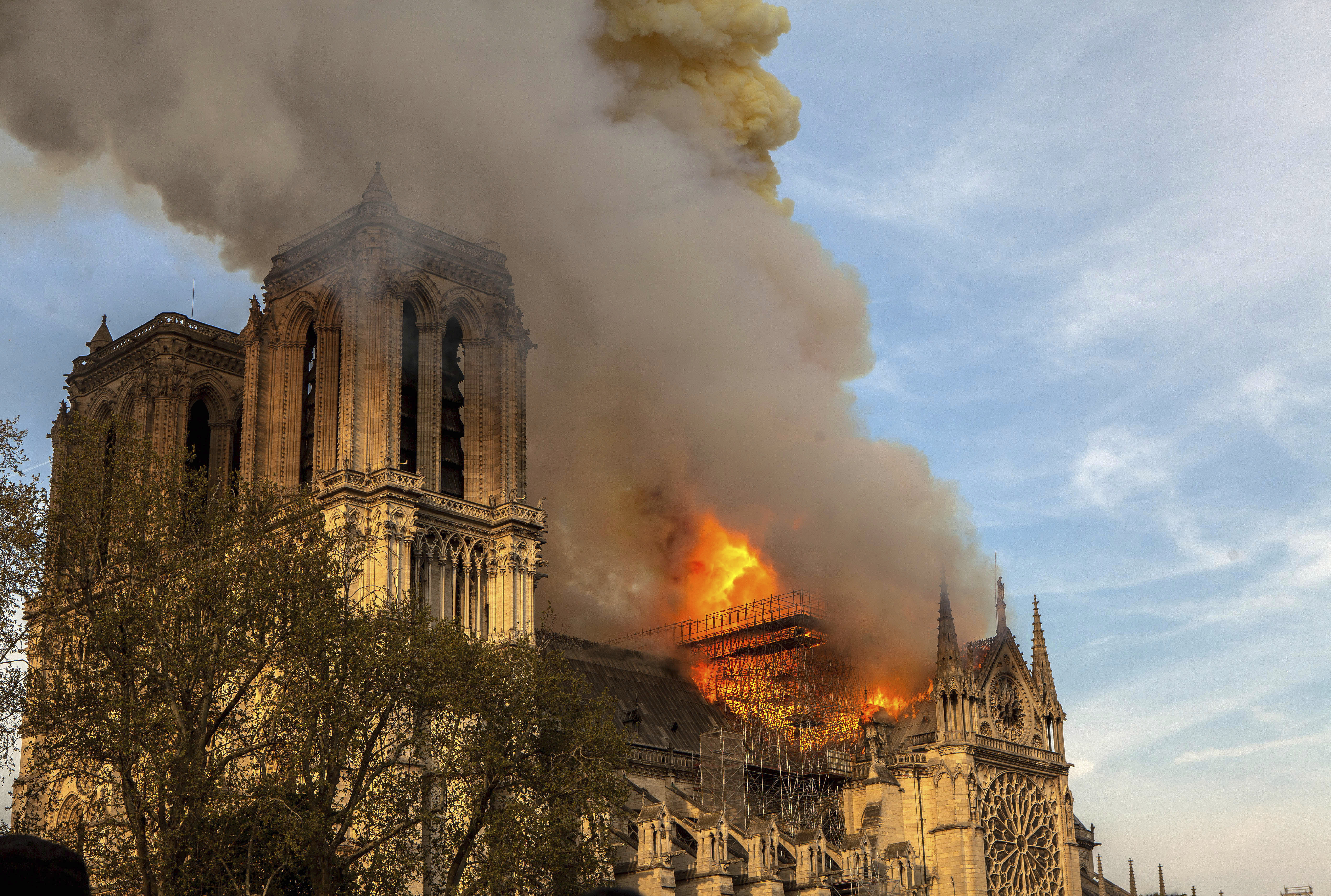 But as the country fights to beat the spread of Covid-19, the bourdon bell will be sounded tonight for the second time since the blaze broke out last year.

The bell will chime at 8pm – the hour Parisians applaud from their windows and balconies to pay tribute to the frontline staff battling the pandemic.

“The restoration of Notre-Dame … is a symbol of the resilience of our people, of their capacity to overcome hardships, and to recover,” President Emmanuel Macron said today.

He reiterated a promise to rebuild Notre-Dame within five years, though the works to ensure the cathedral is structurally sound are running months behind schedule, delayed first by winter storms and by now the pandemic.

France's lockdown has been extended for another month as the death toll stands at nearly 16,000

“Our objective is to prepare the cathedral for mass on April 16, 2024,” said Jean-Louis Georgelin, the retired army general leading the restoration project.

“Of course, that doesn’t mean everything will be finished.”

The 71-year-old claims the site can be cleared and made safe this year, allowing the construction to start in 2021. 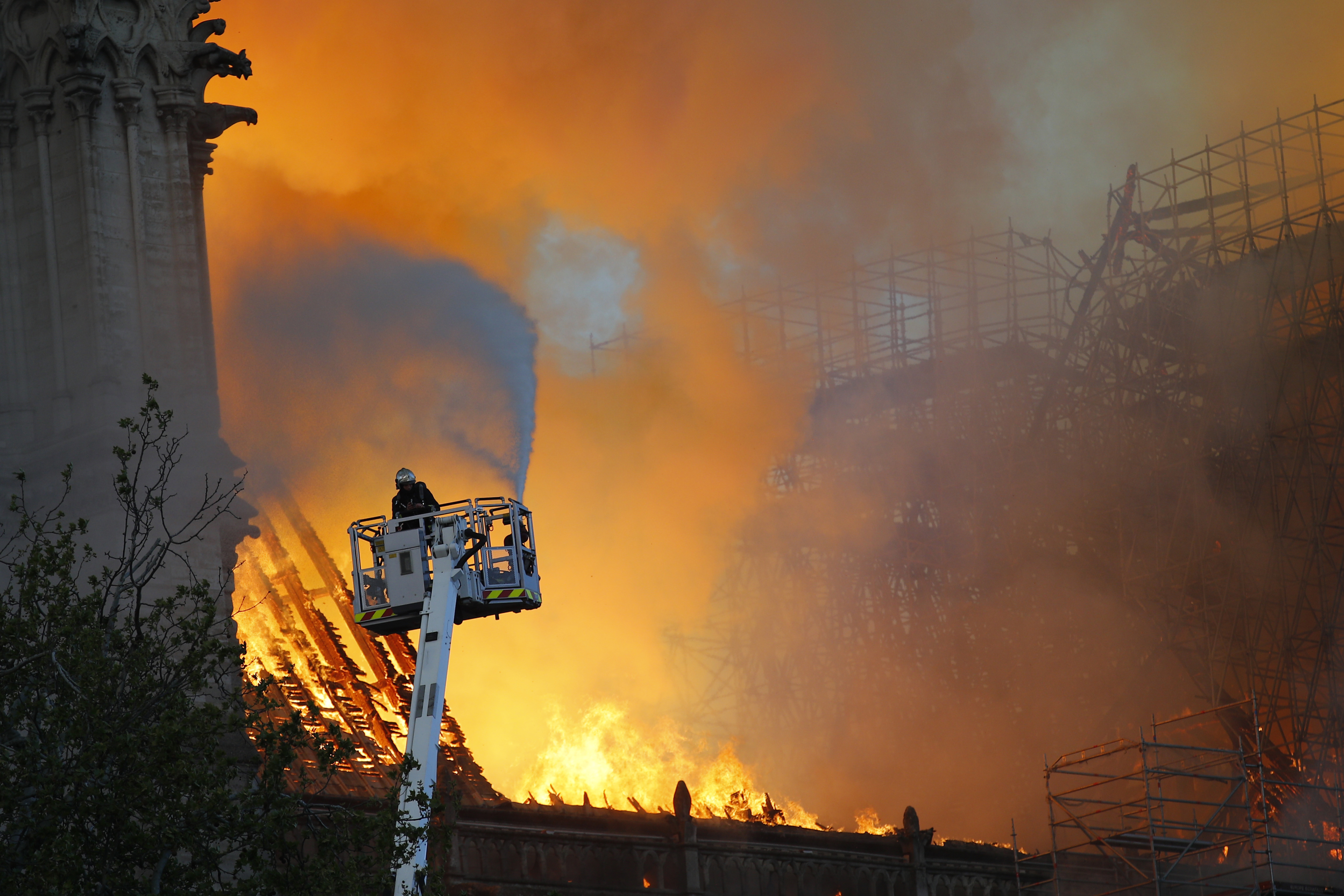 Speaking to the Guardian, he said: "If everyone rolls up their sleeves and the work is well planned, it is conceivable that returning the cathedral to a place of worship within five years will not be an impossible feat.

Toxic dust from the melted lead roof and spire has also become another set back for workers.

Once the scaffolding is removed, expert restorers have to analyse the stones to see what needs replacing, clear debris and install an umbrella structure to shelter the site, according to the chaplain.

The restoration of Notre-Dame … is a symbol of the resilience of our people, of their capacity to overcome hardships, and to recover.

The cathedral’s southern belfry where the 13-tonne bell – cast in 1681 and the second biggest in France – is housed, is structurally undamaged.

It is traditionally rung for major religious celebrations, papal visits and presidential funerals, and has sounded once since the fire, in September, in a tribute to former president Jacques Chirac who died that month.

Tonight, two bellringers will set it in motion again. “We will ring the Bourdon,” Georgelin said.

In May last year, plans were put forward to transform Notre Dame's damaged roof into a glorious garden that will produce 21 tonnes of fruits and vegetables.

Architect, Vincent Callebaut submitted the genius designs to the French Government, who launched a competition to re-design the spire for the building that is one of Paris' most famous landmarks.

Describing his futuristic design, Mr Callebaut said: "As we start thinking about Notre Dame's reconstruction, questions arise as to how we can architecturally summarise the human intelligence of our era and depict the prospects of Catholicism.

"How can we write the contemporary history of our country, but also that of science, art and spirituality together?

"It is not enough to reproduce the past as it used to be; we must project ourselves towards a desirable future.

"Thus, we seek to present a transcendent project, a symbol of a resilient and ecological future that offers the city of Paris a set of solutions."

Although the cause of the fire still remains unknown, officers believe it was due to an electrical short-circuit.

Addressing the nation from the Elysée Palace in Paris, the French President said that after May 11 the lockdown could slowly be relaxed.

That will include the gradual reopening of schools, crèches, colleges and high schools.

However, he said this relaxing of the rules "will only be possible if we continue to be responsible civic respecting the rules and that the spread of the virus has actually continued to slow."

The President added that the epidemic was "beginning to steady" in France although the country has "several more months to live with virus".

Macron said: "The epidemic is starting to slow down. The results are there.

"Thanks to your efforts, every day we have made progress". 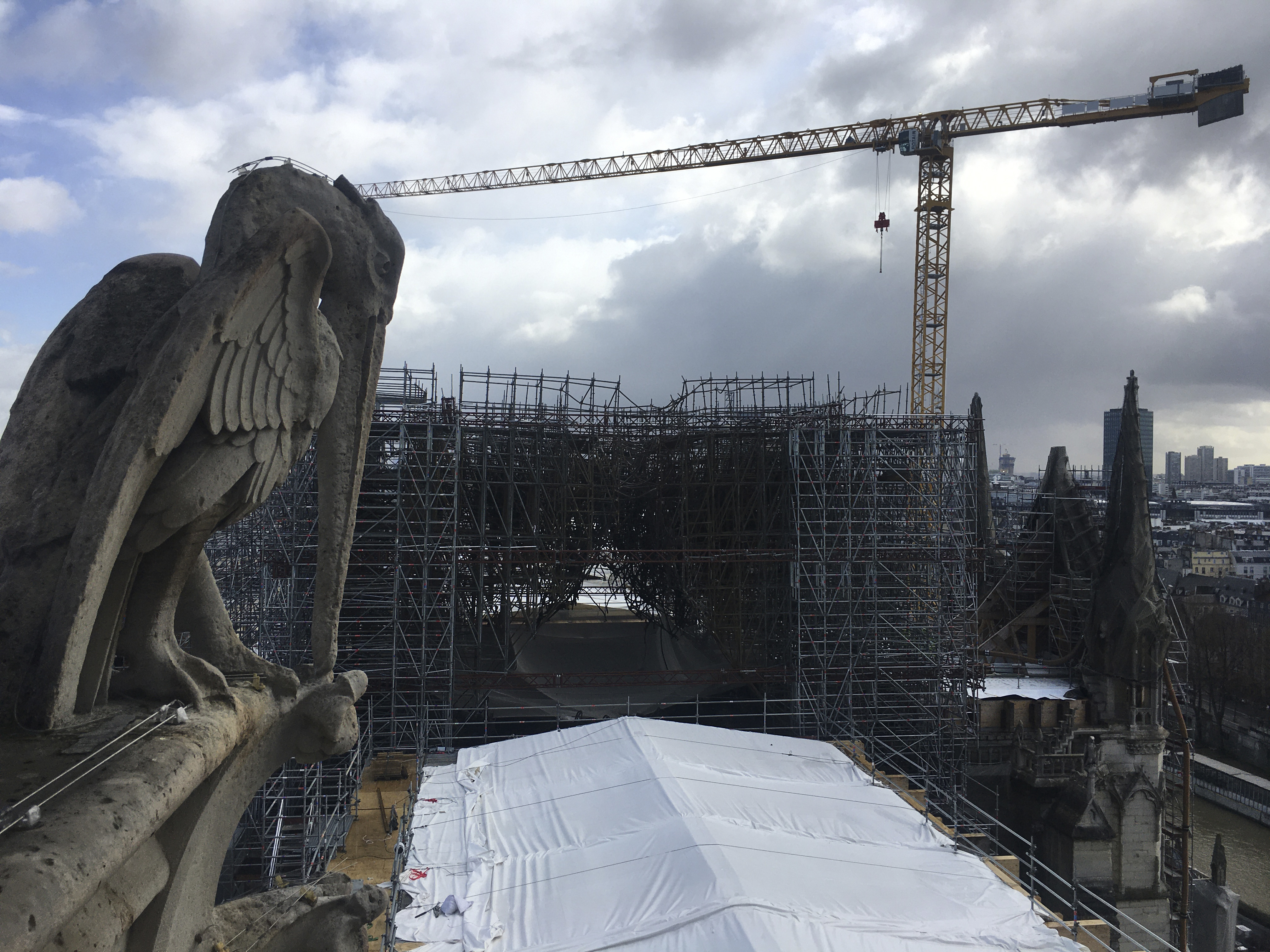 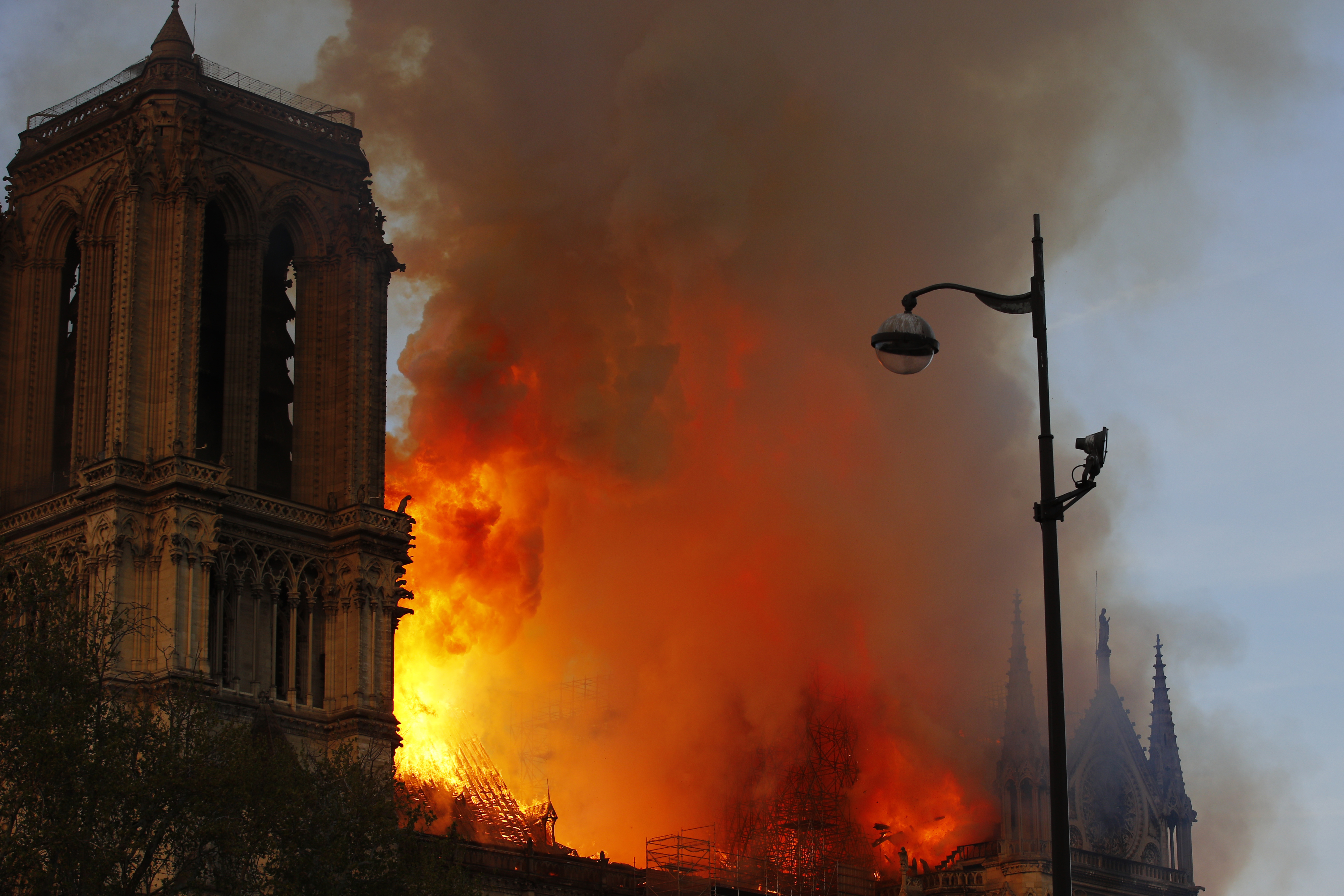 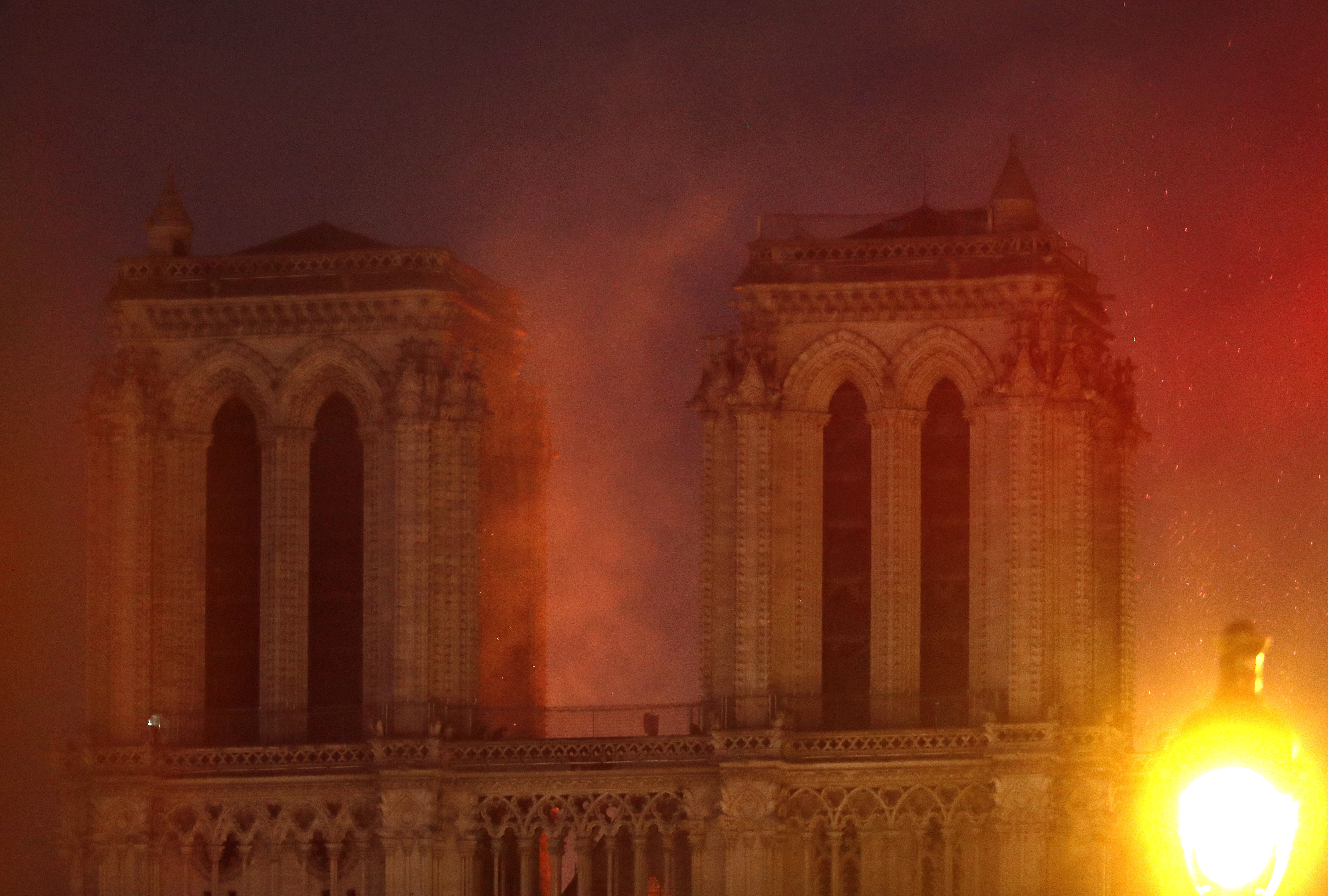 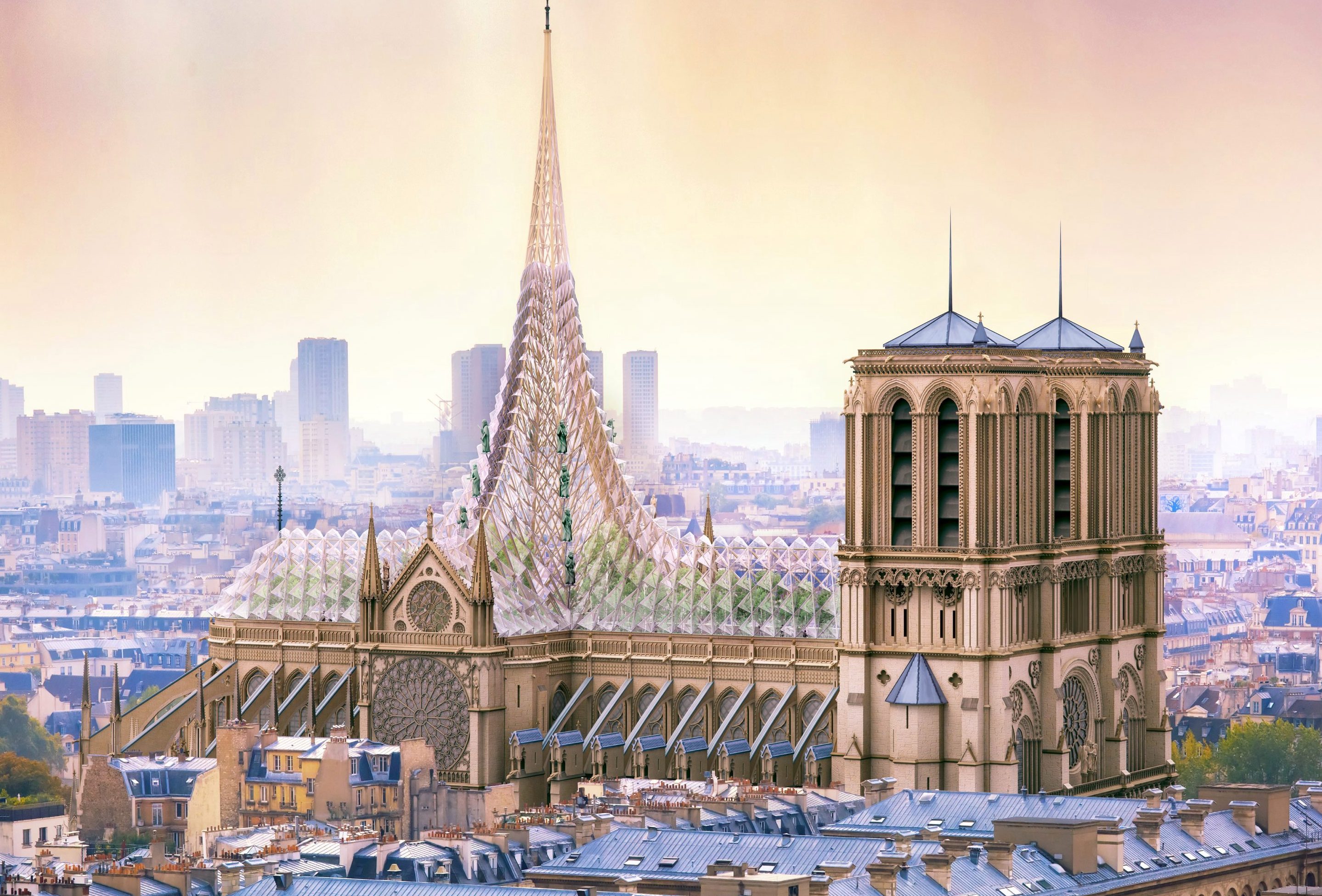 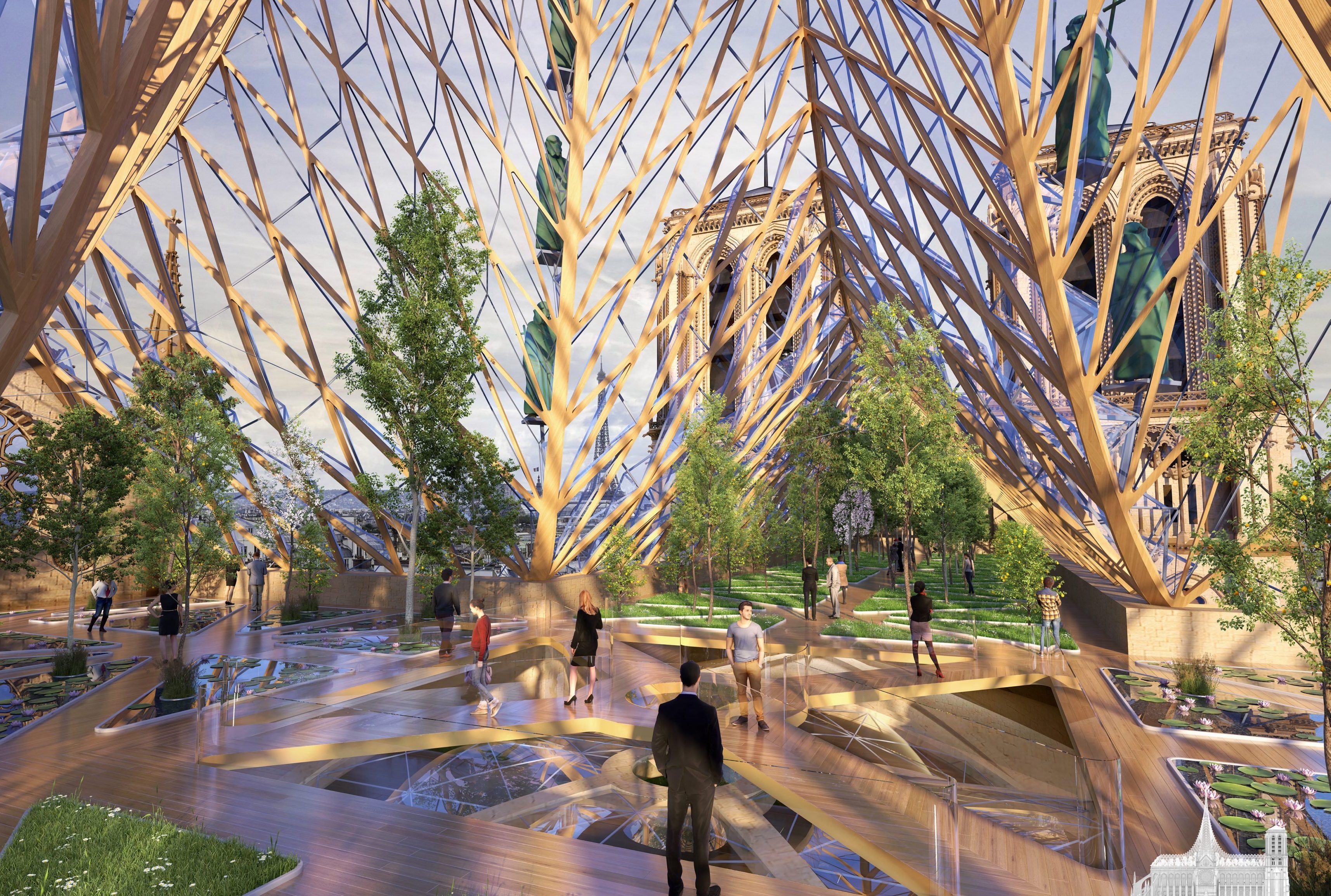