NORTH Korea is hunting for a Kim Jong-un successor amid fears the tyrant's health is failing after his sudden weight loss.

Kim, 37, looked skinnier than ever in a baggy grey pinstripe suit last month after shedding more than 40 pounds – sparking a flurry of speculation about possible gastric band surgery or a grave illness. 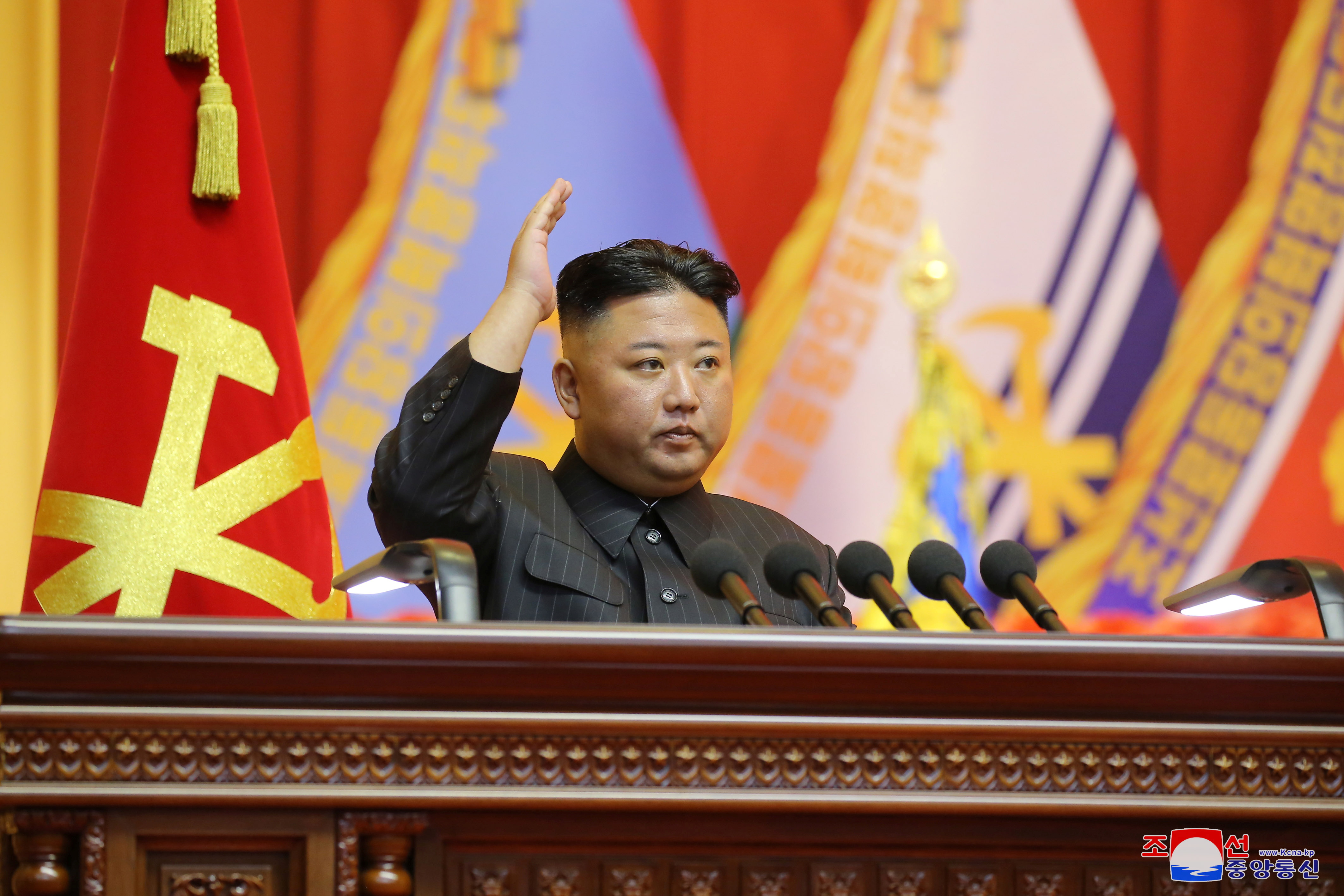 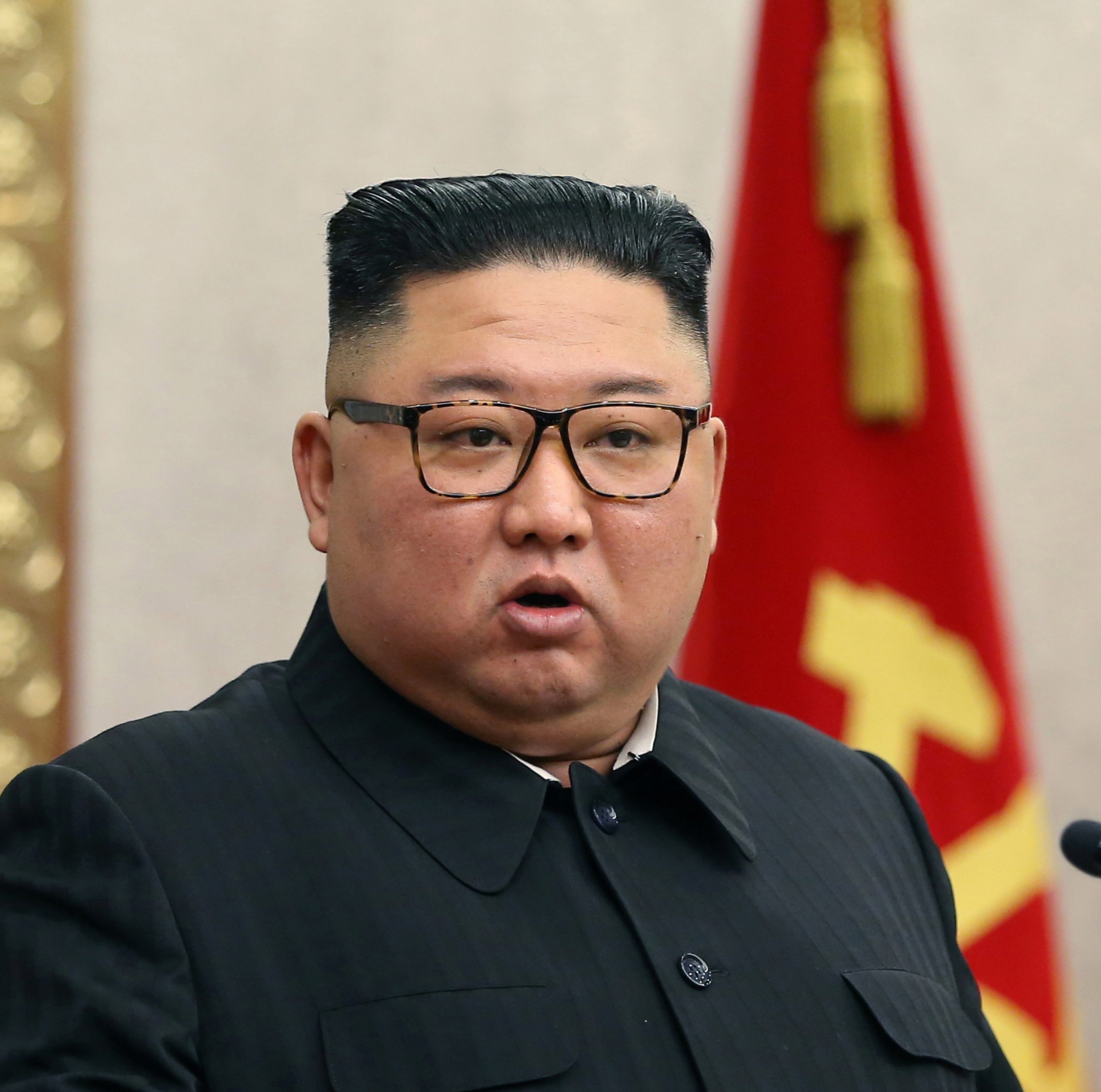 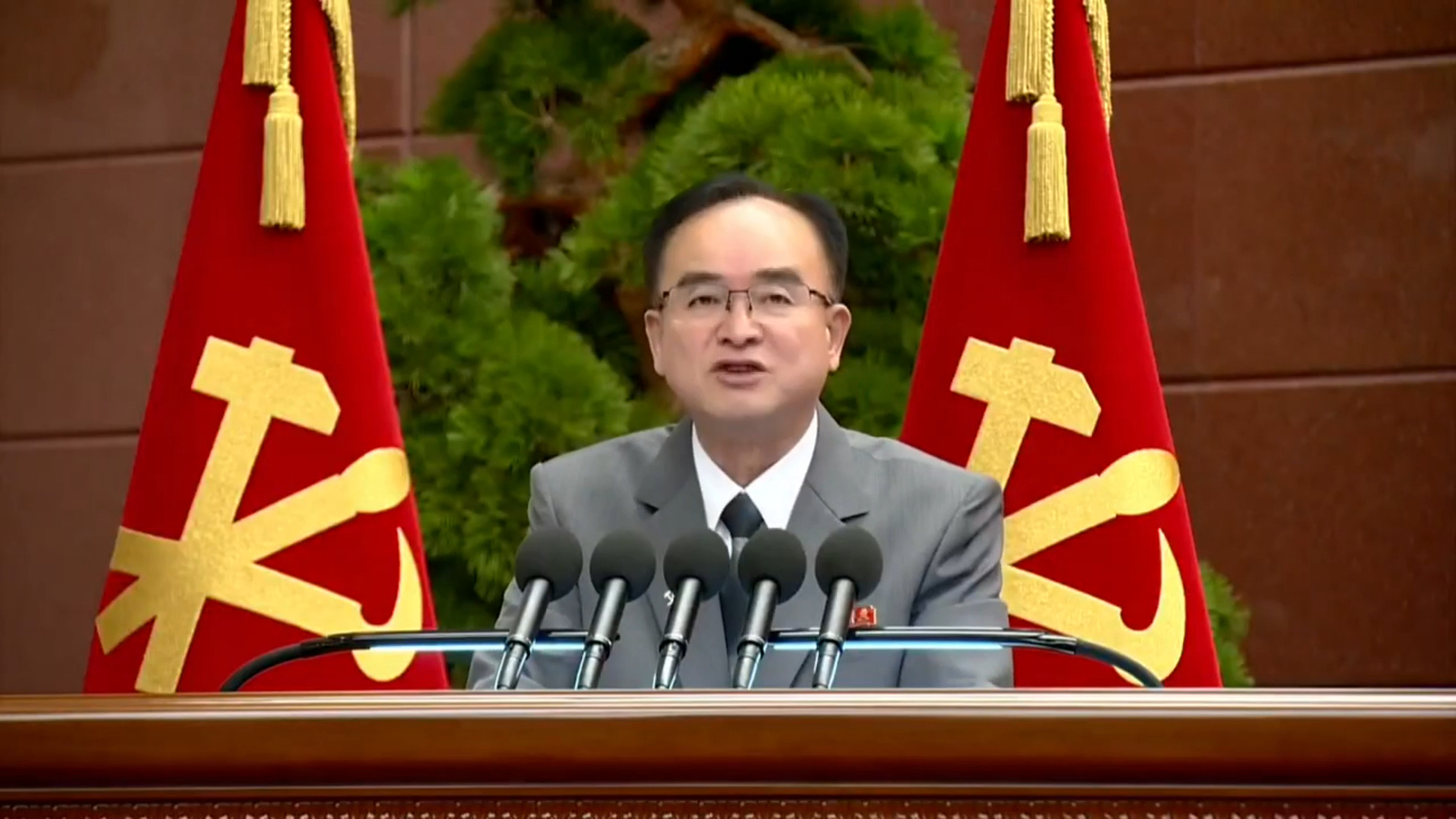 Starving North Koreans are increasingly worried about the health of "emaciated" Kim in the wake of his dramatic weight loss after he used to top 22 stone, according to state media.

And a prominent member of Kim's entourage has now been tasked to find a successor for the dictator as rumours mount over his failing health.

Senior party official Jo Yong-won recently landed a new deputy leadership role and is understood to have been tasked with finding Kim's replacement.

A leading expert on North Korea has lifted the lid on the enigmatic figure, branding him a kingmaker who will prepare the next Kim for leadership.

Michael Madden, who runs North Korea Leadership Watch, an affiliate of the 38 North watchdog, said: "We can say that maybe Kim Jong-un is setting Jo Yong-won up as a kingmaker – as a person to help guide and shepherd a hereditary successor."

He added: "They’re definitely making that decision with an eye on transition.

"Why? Because air conditioners fall out of buildings, people fall in the shower and get a subdural hematoma and die of severe concussions, and people have heart attacks they were not expecting.

"So they definitely make a decision like this with an eye on a potential transition – with an eye that the leader might be incapacitated beyond repair or might die."

Madden also pointed to the similar steps taken by Kim's father, Kim Jong-il, towards the end of his life.

"Back in 2007, his dad had a TIA (transient ischaemic attack) which is called a mini stroke," Madden said.

"His health was getting kind of precarious and he was getting into the headspace of preparing for hereditary succession.

"So he basically entrusted about five or six people whose loyalty and ambitions he didn’t need to question to serve as proxies.

"And these people took on very big, sensitive policy portfolios.

"These are the people that made the transition from Kim Jong-il to Kim Jong-un as effective as it was. They all shepherded Kim Jong-un through those early days."

They definitely make a decision like this with an eye on a potential transition – with an eye that the leader might be incapacitated beyond repair or might die.

Rumours of Kim's ill health have snowballed thanks to mounting circumstantial evidence.

The National Intelligence Service said it is believed Kim hit a whopping 22 stone last year after gaining around a stone a year since coming to power in 2011.

According to one source, Kim's cronies said he gained weight due to work-related stress, drinking, heavy smoking and a high-fat diet.

At 5ft 7in, Kim has long been considered obese, after it was revealed he had piled on the pounds amid dire food shortages in his rogue state.

He has struggled with his health as a result of his spiralling weight and his fridge-raiding lifestyle.

Kim has a legendary appetite, apparently gorging himself on Swiss cheese, caviar and lobster while drinking multiple bottles of wine in a night.

And last year, he missed North Korea’s national holiday on April 15 and he was out of the public eye for a lengthy period of time.

Kim only resurfaced after several weeks amid frenzied speculation that he had died.

A new "slim Kim" emerged in June – but commentators have questioned whether his weight loss is intentional or due to a grave illness.

In recent weeks, he was spotted with a large greenish spot or bruise on the back of his head, which was covered with a bandage in some photos.

But Madden believes the appointment of Jo is not necessarily indicative of any life-threatening health problems.

"There’s nobody really in government or any official circle looking at some sort of deathbed or coma scenario as for why that position exists," he said.

"That’s one of about three or four reasons – and it’s not the first or second reason why you would have that position in the regime."

He added: "What we’re most likely looking at is that he’s opted to lose weight on his own for the reason people all around the world that are obese lose weight. It’s better for his cardiovascular system."

Jo’s promotion could be more to do with creating a scapegoat who can be blamed if North Korea is unable to resolve its crippling food crisis, or tackle rebellions in the party ranks.

"When you’re a politician and there are problems, you need somebody to blame," said Madden.

"And if the s**t hits the fan in North Korea, who will Kim Jong-un blame? The first secretary, because that’s his deputy." 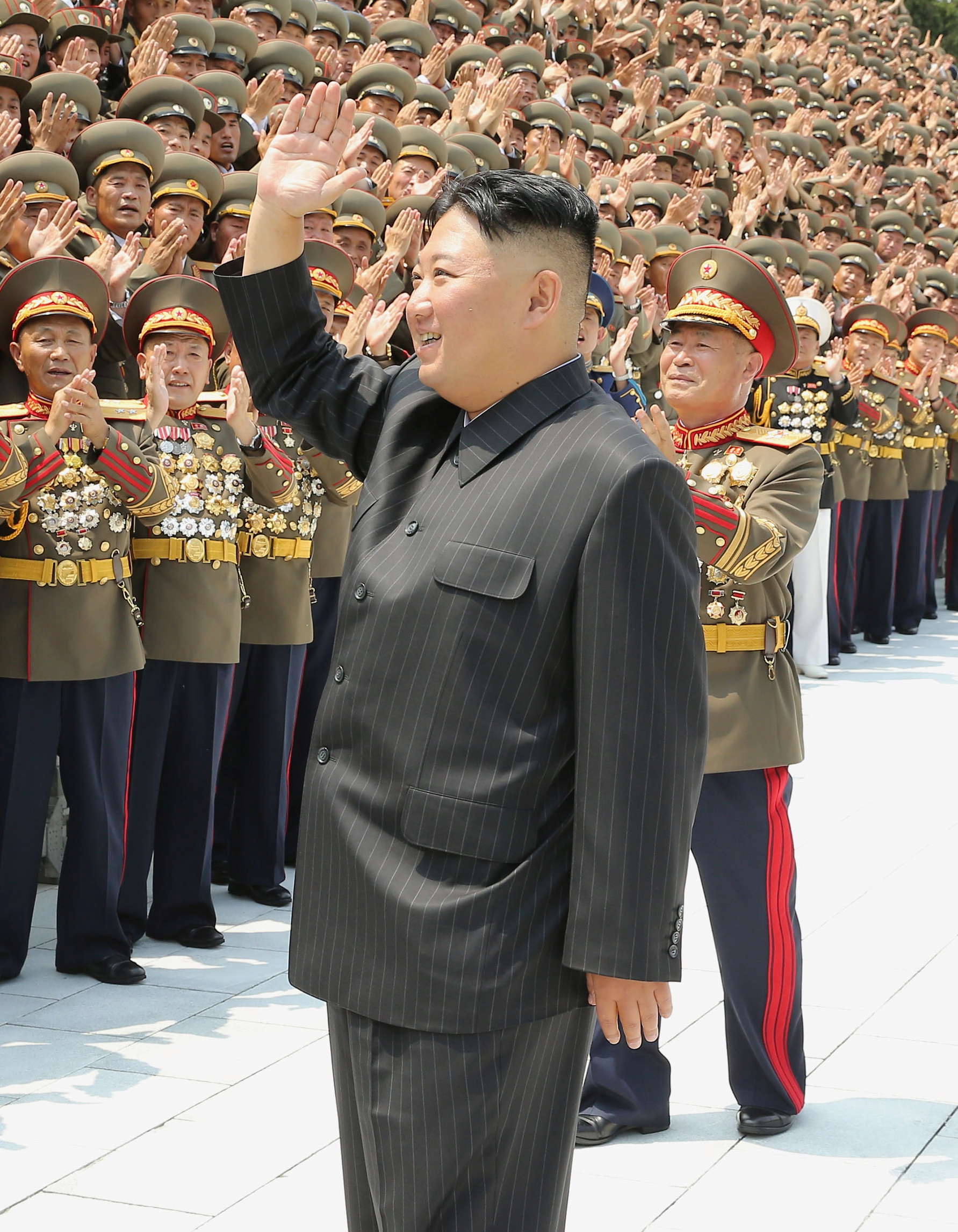 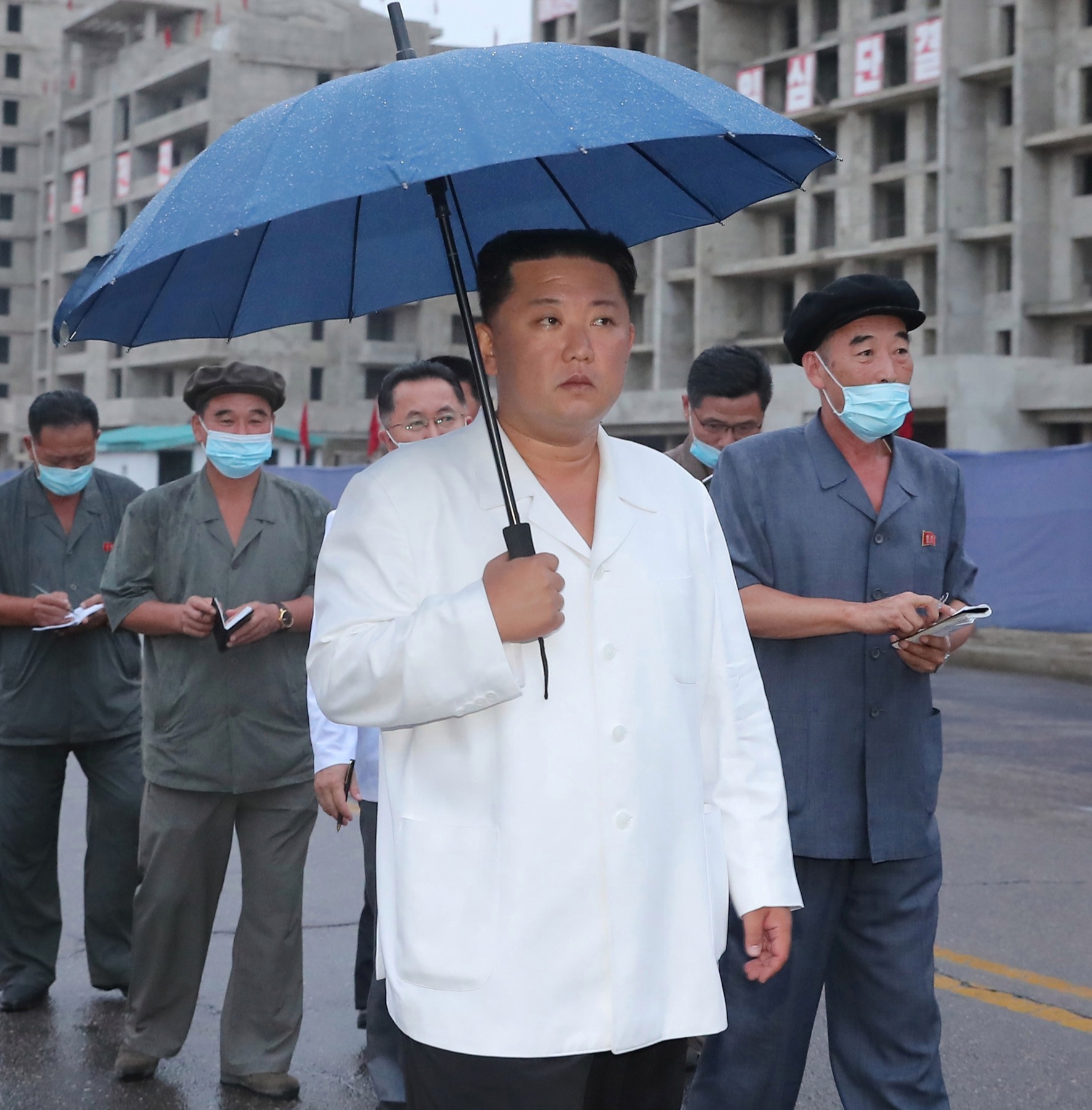 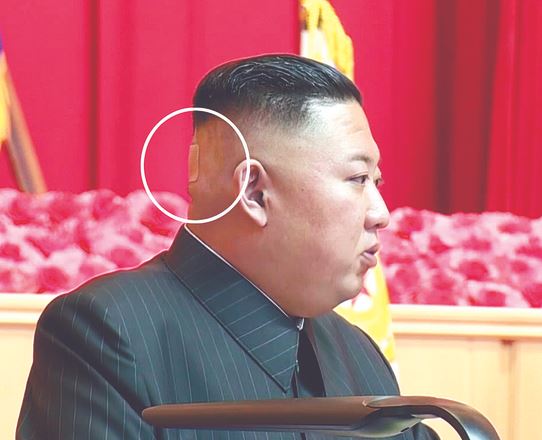