Just how bad COULD it be? Inquiry into funding of Boris Johnson flat could become biggest investigation directly affecting No 10 since New Labour’s ‘Cash for Honours’ scandal

The inquiry by the Electoral Commission into the funding of Boris Johnson’s Downing Street makeover has the potential to become the biggest investigation directly affecting No 10 since the New Labour ‘Cash for Honours’ scandal.

While the MPs’ expenses scandal involved senior ministers, No 10 was not directly implicated, and only a handful of backbench MPs were prosecuted.

But the Electoral Commission probe goes to the heart of the way the PM runs his operation. To make matters worse it involves personal details of a lavish refurbishment which he apparently could not – or did not want to – pay for when the bill arrived last year.

The watchdog’s announcement landed less than an hour before Mr Johnson was due to answer questions in the Commons. The PM’s visible anger during that session appeared to indicate he understood how damaging and embarrassing the investigation could be. 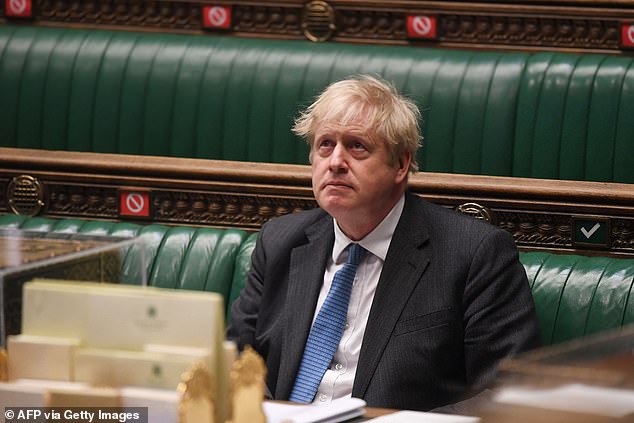 The watchdog’s announcement landed less than an hour before Mr Johnson was due to answer questions in the Commons. The PM’s visible anger during that session appeared to indicate he understood how damaging and embarrassing the investigation could be

What will the inquiry look at?

The Commission said it had ‘reasonable grounds to suspect an offence or offences may have occurred’ in the funding of renovations at the flat shared by the PM and Carrie Symonds above 11 Downing Street.

It has the power to investigate potential breaches of the Political Parties and Elections and Referendums Act (2000) by both parties and individual MPs, including ministers. But the Commission later clarified the party is the ‘subject of the investigation’ initially.

It means investigators are likely to look at whether donor Lord Brownlow gave £58,000 to the party to recompense it for money it had loaned the PM. But a source said the investigation will go ‘wherever the evidence leads’ and the inquiry could eventually be expanded to cover questions around the declarations made by the PM.

What are the possible sanctions?

Investigators are looking at whether electoral law on donations has been followed at every stage. It will look at the full history of how the huge cost overrun on the refurbishment was funded.

Mr Johnson says he has now paid the £58,000 cost himself, but evidence seen by the Mail suggests it was originally paid in July by the party. A leaked email suggests Lord Brownlow then repaid the party in October.

The investigation is likely to focus on whether the payment to the Conservatives was properly declared by the party. It will also examine whether there were other, as yet unknown, donations and if proper checks were made to ensure they came from permissible donors.

Failure to declare donations within a month is an offence under the Political Parties and Elections and Referendums Act (2000). Possible sanctions include fines of up to £20,000. 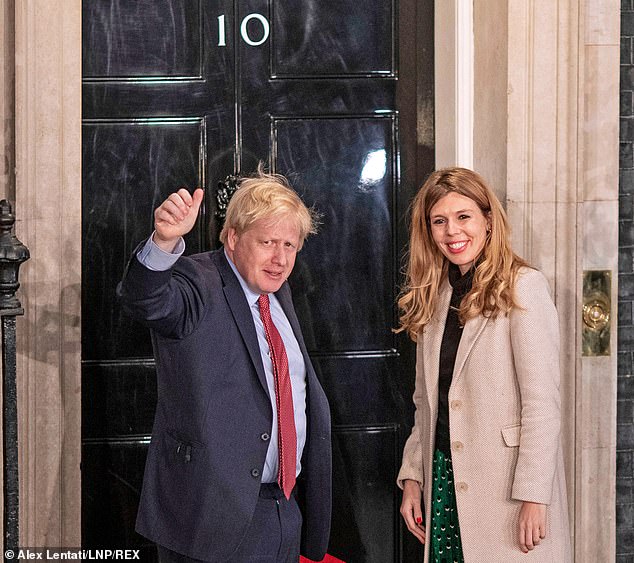 What powers does the Commission have?

It has sweeping police-style powers to investigate potential offences. These include the power to demand documents including bank statements and WhatsApp messages.

It also has the power to require anyone to attend a ‘statutory interview’. Interviews are taped and it is a criminal offence to knowingly provide false information.

No10 said Mr Johnson would co-operate with the inquiry, opening up the prospect he could be the first serving prime minister interviewed under caution in relation to alleged law breaking.

Could the police get involved?

The Electoral Commission has primary responsibility for policing electoral law. Sources said police were likely to get involved only if certain evidence emerges, such as the destruction or forgery of documents or a conspiracy to pervert the course of justice.

The watchdog has the power to refer matters to the police if it uncovers evidence of offences that it does not have the power to deal with itself. 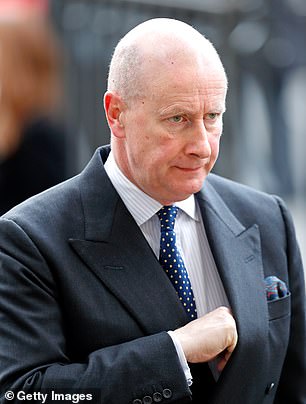 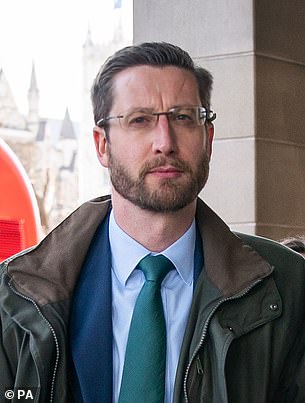 The financing of the PM’s flat makeover is now the subject of an internal investigation by Cabinet Secretary Simon Case (right) and a separate inquiry by his new adviser on ministerial standards, Lord Geidt (left), as well the probe by the Electoral Commission

Could the PM face other investigations?

Yes. The financing of the PM’s flat makeover is now the subject of an internal investigation by Cabinet Secretary Simon Case and a separate inquiry by his new adviser on ministerial standards, Lord Geidt, as well the probe by the Electoral Commission.

It could also be examined by the Parliamentary Commissioner for Standards, Kathryn Stone, who has the power to issue sanctions against the PM if he is found to have failed to declare relevant donations in the register of MPs’ interests.

Mr Johnson has been warned he could face enhanced sanctions after being reprimanded for ten previous failures to record financial interests on time.

These could include fines or even a temporary suspension from Parliament.

What does it mean for Government?

Ministers acknowledge it would be deeply damaging if the party is found guilty of breaking the law in order to fund renovations of the PM’s private flat. But any sanction is likely to be a fine, allowing the Tories to present it as a ‘technical’ breach of the law.

However, there are concerns the investigation could lead to a wider probe that will eventually involve the PM personally.

‘The big problem with an independent investigation is that you just do not know where it will end up,’ one senior Tory said.

There are also concerns that, with the probe likely to last for months, it will prove impossible to shake off the claims of government sleaze on issues ranging from lobbying to procurement deals.