Home » World News » No PM apology for sleaze row as it wouldn't be sincere, says Rees-Mogg

Boris Johnson is not apologising for sleaze shambles because it would not be ‘sincere’, says Jacob Rees-Mogg as he takes the blame for pushing PM to save Owen Paterson from lobbying punishment

Boris Johnson is not apologising for the sleaze shambles because it would not be ‘sincere’, a Cabinet minister suggested today.

Commons Leader Jacob Rees-Mogg dismissed the need for the PM to say sorry as he admitted he made a ‘mistake’ by pushing for Owen Paterson to be saved from punishment for lobbying.

The extraordinary move to ‘pause’ the standards system after a report recommended Mr Paterson serve a 30-day suspension sparked a storm that has been raging for a fortnight. He resigned as an MP after the government signalled a U-turn.

But Mr Johnson has repeatedly declined to say sorry, despite admitting that he could have handled the situation better. 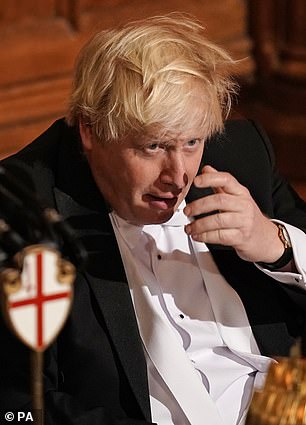 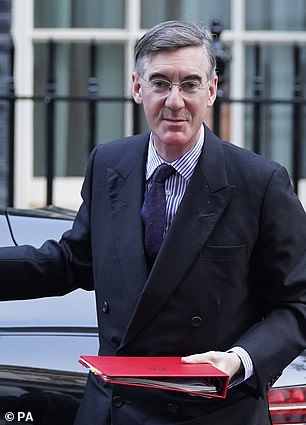 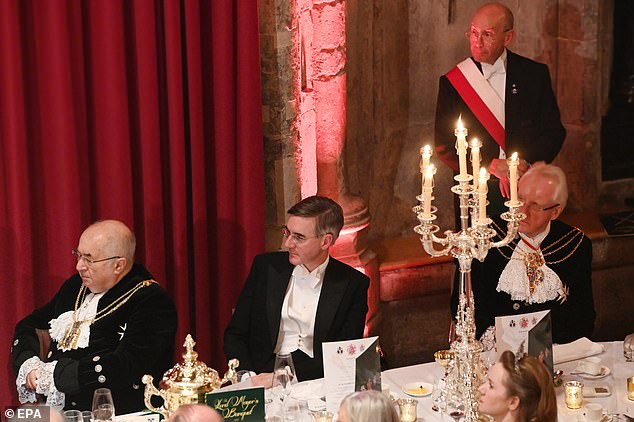 In the latest episode of his MoggCast for the ConservativeHome website, Mr Rees-Mogg admitted that his own judgement had been ‘clouded’ by his personal sympathy for Mr Paterson.

The former minister’s wife Rose committed suicide during the standards probe, something he has said was partly down to the stress of the process.

‘I must take my share of responsibility for this, I thought it was the right thing to do.

‘I encouraged the Prime Minister to go down this route and I was wrong, I made a mistake.’

Mr Rees-Mogg conceded that in ‘hindsight’ it was obvious that there was a problem with the specific case being ‘conflated’ with wider reforms.

‘I felt that Owen had been punished enough by the death of his wife and therefore allowed this conflation to take place in my mind,’ he said.

‘That was clearly a mistake. It was not seen by the electorate as being merciful, it was seen as being self-serving.

‘That has not been helpful to government and to parliament, and that’s why it will be reversed.’

Questioned over why Mr Johnson frequently seems unwilling to apologise for errors, Mr Rees-Mogg said people should only say sorry when it was ‘effective and sincere’.

‘I think the issue of an apology is always one of sincerity, there are some politicians who apologise for anything and everything,’ he said.

‘I remember Tony Blair apologising for the potato famine.

‘I think it is right that politicians should be very careful about what they apologise for. It needs to be directly their responsibility and it needs to be something where the apology is effective and sincere.

‘I think what you can read into how the PM behaves is that he is sincere and principled and has a very clear sense of direction.’

Ministers had hoped the Commons would ‘nod through’ a motion formally U-turning on the PM’s shambolic attempt to protect ally Owen Paterson from punishment for lobbying. 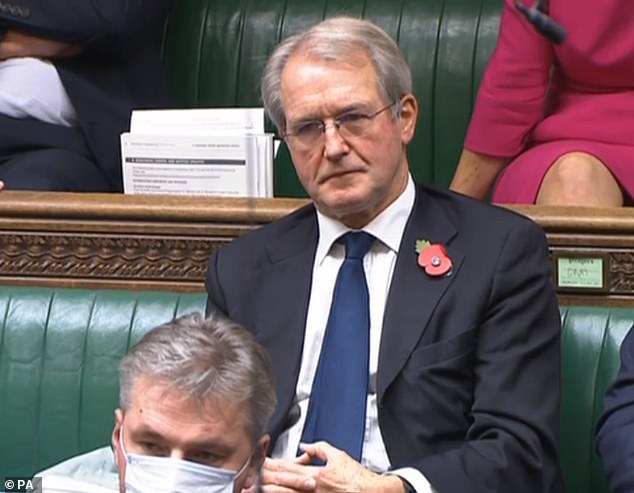 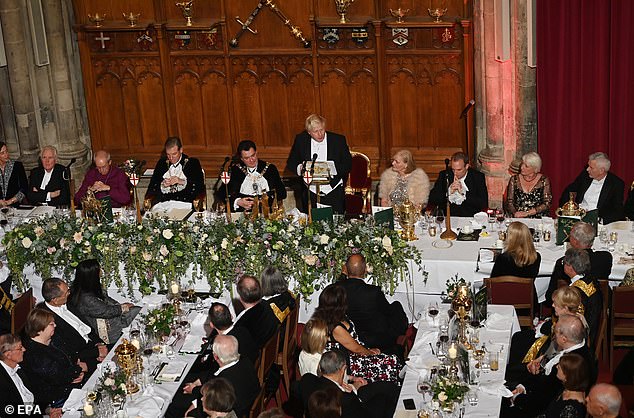 But when it was brought up at 10pm a lone shout of ‘Object’ came from the Conservative benches.

Multiple sources named Sir Christopher Chope, who has a history of controversial interventions in Parliament, having previously blocked Bills on upskirting and female genital mutilation.

He usually targets legislation proposed by backbenchers, complaining that it is not properly debated and too politically correct – although in this instance he might have been supporting his friend Mr Paterson.

Under parliamentary conventions ‘opposed’ motions cannot be dealt with after business officially ends, meaning the government has had to table a full debate and vote this afternoon.

Government sources admitted it was a ‘head in hands’ moment, with one branding Sir Christopher a ‘bed blocker’ who is ‘long past their value to the private sector and to parliament alike’.

Even Sir Christopher’s usual allies were seething at his ‘habitual’ behaviour. A veteran former minister told MailOnline: ‘Does he think it will change anything? Utterly pointless.’

Another Tory backbencher told MailOnline that Sir Christopher’s intervention had been like ‘picking at a scab’, adding: ‘Chope has done the Opposition’s work.

‘Instead of closing it all down last night, he has allowed the usual suspects to score political points again today. Very unhelpful and naive.’