A couple were stunned when they were joined by some unexpected dinner guests – a scurry of nine red squirrels.

For many Britons, spotting a single red squirrel is a rare sight as the animals can only be found in a handful of places in the UK, with a population of just 120,000.

The introduction of the larger grey squirrel – which carry a disease killing native reds – from North America by the Victorians in the 1800s led to a drastic decline in their population and they are now protected. 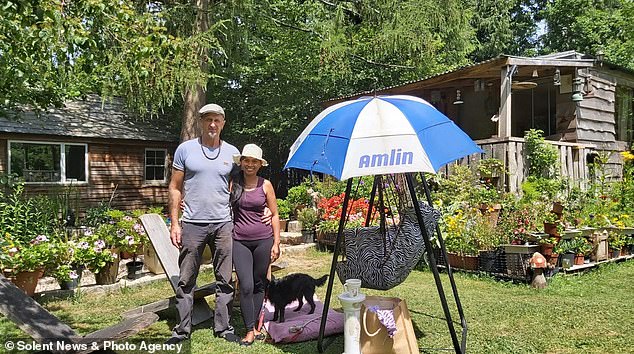 Erik and Ima Van Dam, pictured at home in Ryde on the Isle of Wight were joined by nine red squirrels while eating dinner on Monday night 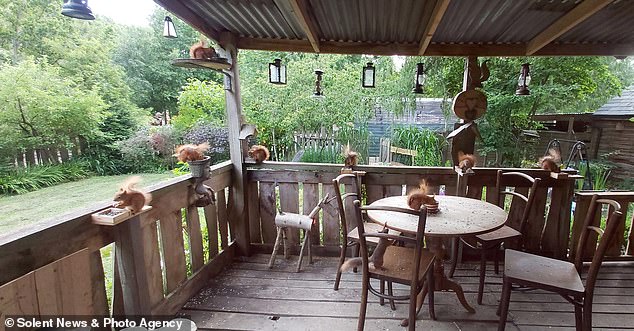 The couple, who are originally from Holland, saw the squirrels eating on their veranda 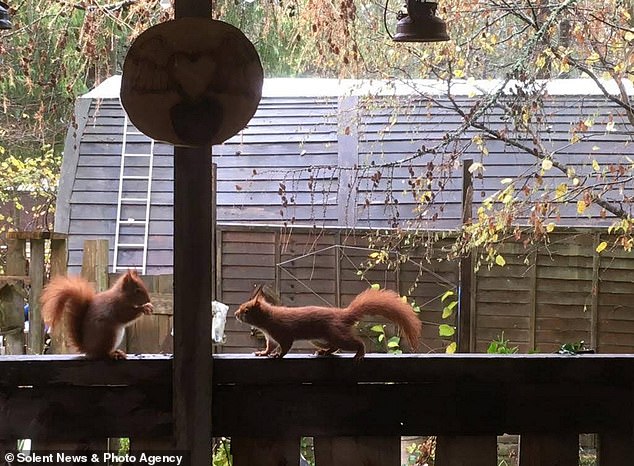 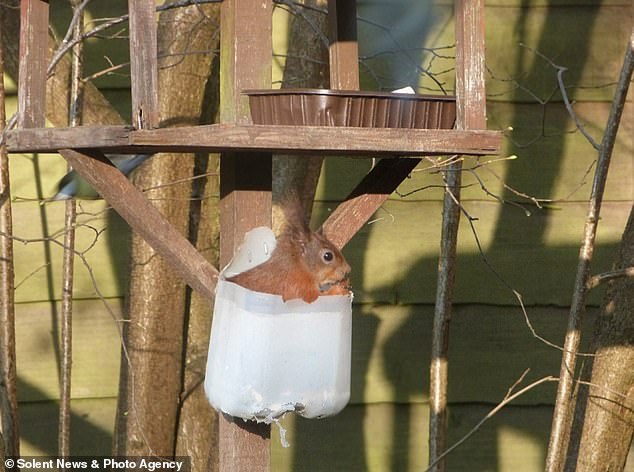 But couple Erik and Ima Van Dam, who have been enjoying dinner on their veranda during lockdown, were lucky enough to have nine of them join them.

A video filmed by Mr and Mrs Van Dam captures the charming display – and they revealed 12 of them came back for breakfast the next day.

The couple, who live on the outskirts of Ryde, Isle of Wight – one of the best places to see them – often have the animals but say there has been a ‘drastic increase’ during lockdown. 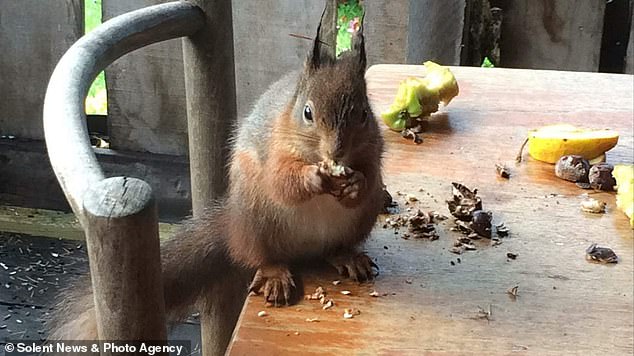 They believe squirrels  have been visiting as the neighbouring campsite has closed and have been spending £30 a month to feed them.

Dutch Mr Van Dam, 61, who runs a woodyard with his wife, said: ‘The squirrels have been coming here for years, they are charming little animals and very tame.

‘This year we’ve seen a drastic increase in their numbers, which might be to do with the campsite next door being closed, meaning they visit us more often.

‘Now, they are everywhere here. They are very sweet and cheeky little things and are quite at home here.

‘This morning we had twelve join us for breakfast and last night nine of them popped along.

‘We’ve been buying a 14kg bags of sunflower seeds to feed them but we’re going through that quickly. It’s working out about £30 a month, so it’s an expensive hobby but we don’t mind.

‘They are so friendly and greet us within minutes of going outside.

‘We’re getting to know them very well. There is an old boy who is very smooth and will eat just two feet away from me as if he is saying ‘I’m not scared’.’

According to organisation The Wildlife Trusts, under-threat red squirrels could become extinct in England within a decade without conservation management.

The Isle of Wight is considered an important haven for red squirrels as no greys inhabit it.

The couple’s woodyard, Whitefield Woodyard, is now open to the public and welcoming visitors and is known on the island for producing striking chainsaw carvings and multimedia art. 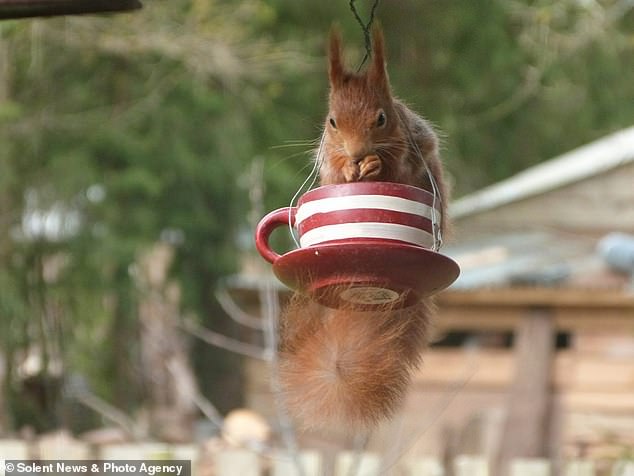 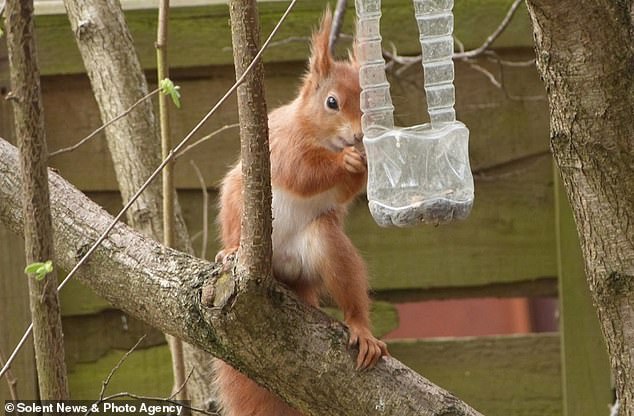 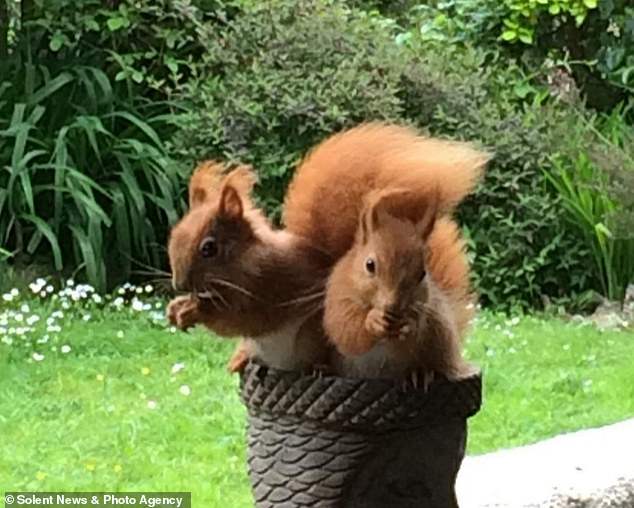