How uber-Liberal Nick Clegg is living the Californian dream in ‘America’s most expensive zip code’ – with his millions from Facebook, the world’s ‘most illiberal firm’

Nestled in the heart of California’s Silicon Valley, the sleepy hamlet of Atherton has been crowned ‘America’s most expensive zip code’ for each of the past four years.

Atherton screams ‘new’ money – and lots of it. But that doesn’t stop the villagers priding themselves on impeccably liberal credentials.

In November’s US Presidential election, nearly 80 per cent of them cast their vote in favour of Democrat Joe Biden – and against Republican President Donald Trump.

What better place, then, to find Sir Nick Clegg, the former Deputy Prime Minister and Lib Dem leader who is now Facebook’s Vice-President for Global Affairs and Communications?

Life seems good for the 54-year-old, who once led the Coalition Government with David Cameron. He shares a £7 million mansion with wife Miriam and gets by on a salary reported to be £2.7 million a year. 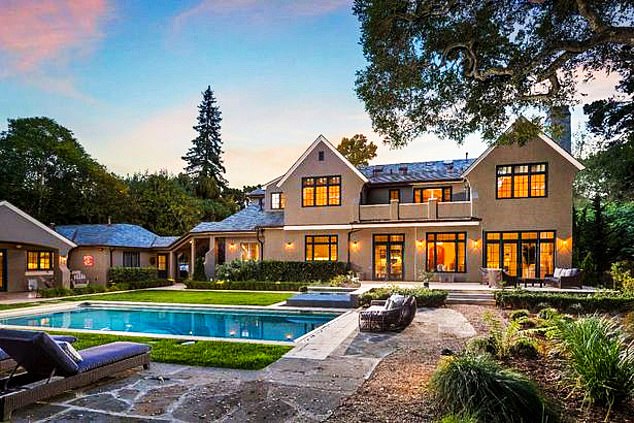 Clegg has taken to life here with ease. Before lockdown, he was often seen cycling the three miles from his home to Facebook’s Menlo Park HQ wearing workout clothes and flip-flops.

This is the man who once declared: ‘If you scratch below the surface and ask what really makes me tick, it’s the liberalism of trying to promote freedom and opportunity.’ So it seems an irony that Clegg’s new life in the sunshine is funded by an organisation increasingly described as a threat to democracy.

Last week, Facebook caused consternation around the Western world. Faced with demands from an elected government that it pay for the news content it copies from others and promotes, the tech giant reacted by censoring Australian Facebook pages and simply removing the news feeds.

Clegg is now at the heart of negotiations with the Australian government. Canada is threatening to introduce similar legislation.

The clouds have been gathering for some time. Google and Facebook already face demands that they be broken up, with anti-trust suits against them in US courts.

And in their treatment of Trump – effectively silenced by Facebook and Twitter while he was still President – the tech giants have been described as both illiberal and unaccountable. Facebook, with its 2.8 billion unique users a month, wields more power than most countries – and knows it. 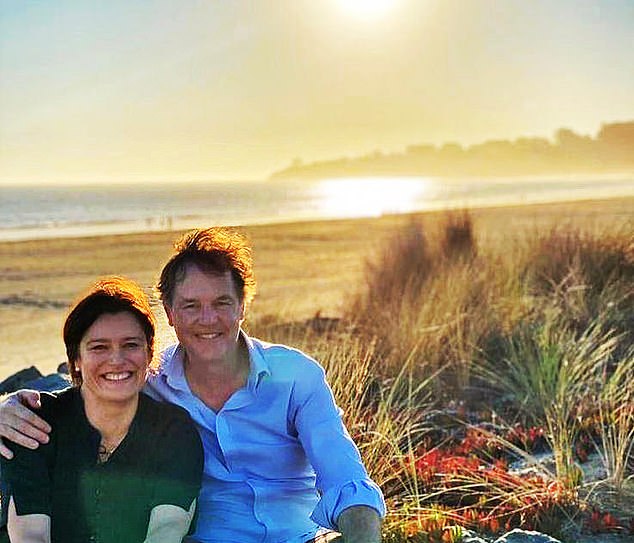 Mr Clegg is pictured with his wife Miriam González Durántez. Miriam, 52, says life in Silicon Valley is ‘a bit like living in the Vatican’, adding: ‘It’s slightly insular, massively wealthy. It’s not so diversified and is mostly run by men’

Roger McNamee, an early investor in the company, said: ‘Facebook has more monthly users than there are notional adherents to Christianity; roughly twice as many as there are people in China.

‘When your numbers are that big your ego can give you the illusion that you are a nation state.’

Not that the Cleggs will meet much criticism in Atherton. Miriam, 52, says life in Silicon Valley is ‘a bit like living in the Vatican’, adding: ‘It’s slightly insular, massively wealthy. It’s not so diversified and is mostly run by men.’

One local said: ‘This is a place you find people driving Teslas rather than Lamborghinis. You can’t swing a cat without hitting a billionaire but that’s part of the charm. Gardeners, maids and other service people come in at sunrise and leave at sunset. It’s a safe haven for the super-rich and those aspiring to be.’

Lady Clegg works as a lawyer while running a charity called Inspiring Girls and cultivating a vegetable patch in the grounds of the couple’s two-storey faux Queen Anne house built in 2009. With an acre of land, huge outdoor swimming pool with hot-tub, a sun deck and an outdoor fireplace, the family have been well prepared for the privations of lockdown. The house has five bedrooms, six bathrooms and a dining room that seats 16. 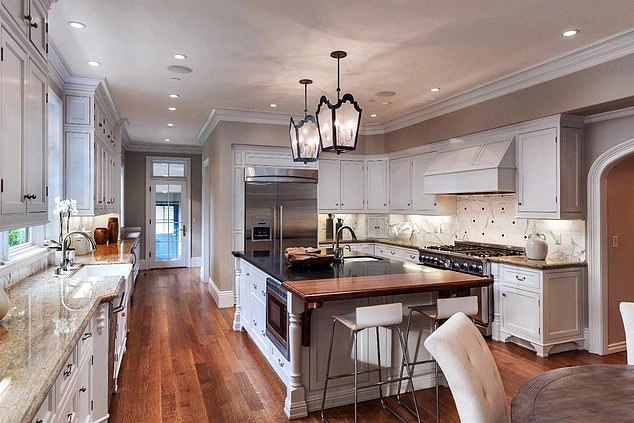 NO EXPENSE SPARED: The faux Queen Anne house was built in 2009

But they should enjoy it while they can. One Hollywood power-broker who met Clegg shortly before the pandemic struck said he faced an ‘impossible’ task of trying to promote the idea Facebook can be a self-regulating force for good rather than a behemoth which puts profits before people.

‘He’s the ultimate liberal, living in the beating heart of liberal Silicon Valley, yet he works for the most un-liberal company in the world,’ he said, while adding that he found Clegg ‘a very likeable guy’.

‘He was basically brought into Facebook to help the company’s image and that of Mark Zuckerberg personally. He went around the room promising to make the company more transparent, saying it would be more accountable, that it wouldn’t just ignore criticism but would embrace it. Let’s be honest – his job is akin to putting lipstick on a pig. It’s still a pig. But comparing Facebook to a pig is being unfair to pigs. Facebook has continued to put profits and growth before users’ safety and privacy.’

Clegg’s supporters point to improvements he has made since joining the company, including helping to create an Oversight Board – an ‘independent’ committee which will have the ultimate say on content.

The Hollywood source added: ‘He’s not hated but he’s not managed to score a huge victory. The jury’s still out. He’s facing a thankless task. The reality is probably he will move on, head held high. But this has been a job that has given his family a life-altering income.’

For the first time since Facebook was founded in 2004, the world is waking up to the threat it poses – along with Google, Amazon and the rest. But that’s unlikely to ruffle the Cleggs in their Californian mansion as, day by day, the money keeps rolling in.