Health minister Nadine Dorries has returned to work after recovering from coronavirus.

The Conservative MP, 62, began feeling ill on Friday March 6, after attending a Downing Street reception with Boris Johnson and tested positive for the deadly virus a few days later.

Her Westminster office was sealed off and she was forced to self-isolate for 14 days at home in Gloucestershire but is today returning to her duties.

The Tory MP’s 84-year-old mother also tested positive for the disease, but her daughter claimed she was ‘doing okay’ and ‘made of strong stuff’.

Today the Mid Bedfordshire MP tweeted: ‘Good to be back in the saddle and able to play my part to help our PM, cabinet and the scientists who are working around the clock to keep us safe and #SaveLives.’ 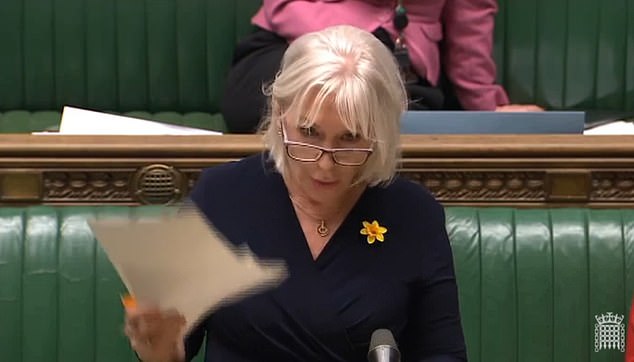 A member of Ms Dorries’ staff fell ill after coming into contact with her and Labour MP Rachael Maskell was also forced to self-quarantine following a meeting with her.

The divorced mother-of-three’s return to work comes as the UK COVID-19 death toll reached 281 – with a leap of 48 in just 24 hours.

There are currently 5,683 confirmed cases nationwide, but in the absence of widely available testing kits, there are believed to be many thousands more.

Yesterday, the virus claimed its youngest victim, an 18-year-old from the West Midlands who had underline health conditions. 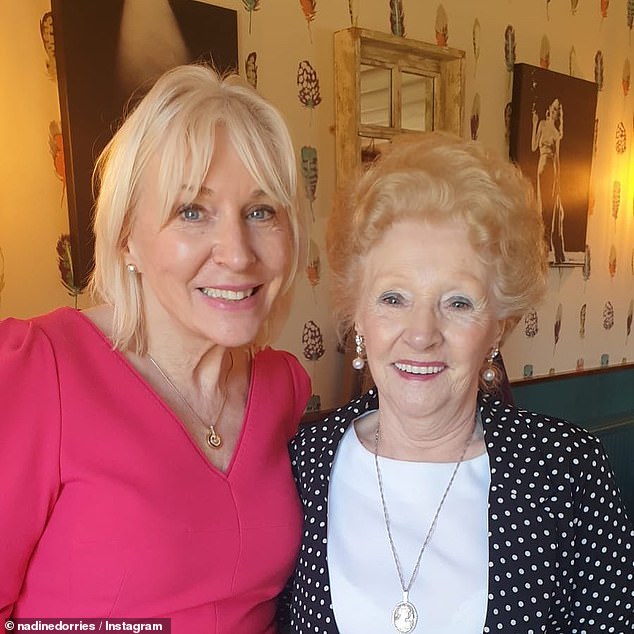 The Tory MP’s 84-year-old mother also tested positive for the disease, but her daughter claimed she was ‘doing okay’ and ‘made of strong stuff’