A BOY of seven needed plastic surgery after a stray Alsatian dog attacked him.

Freddie Turner was playing with his sister, eight, and other kids in a friend’s garden when the loose dog tried to tear him to pieces. 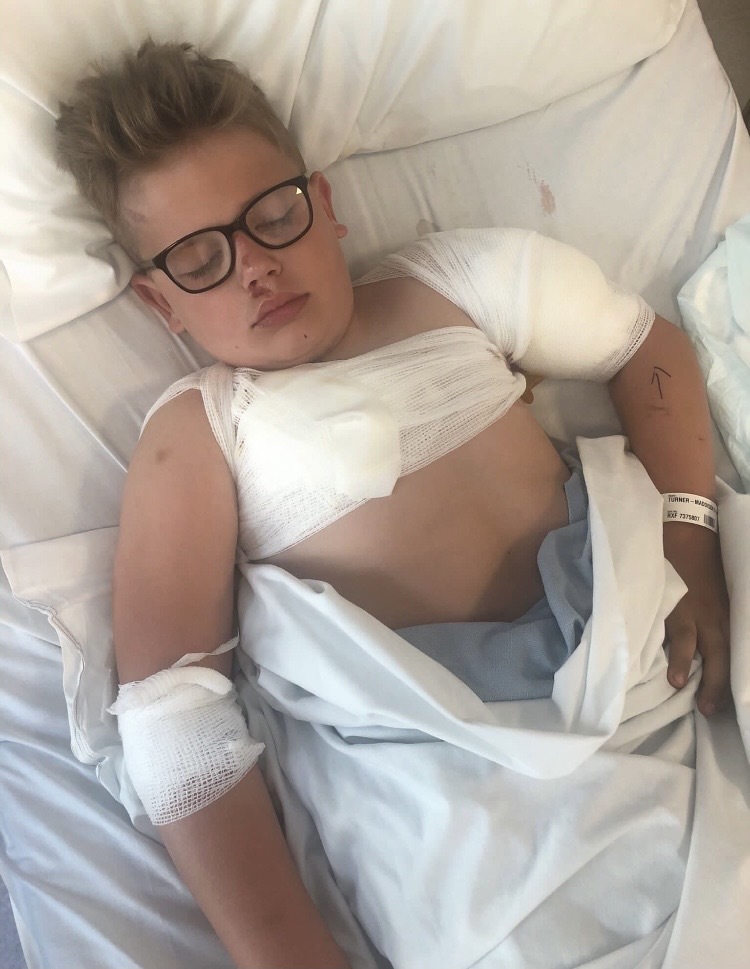 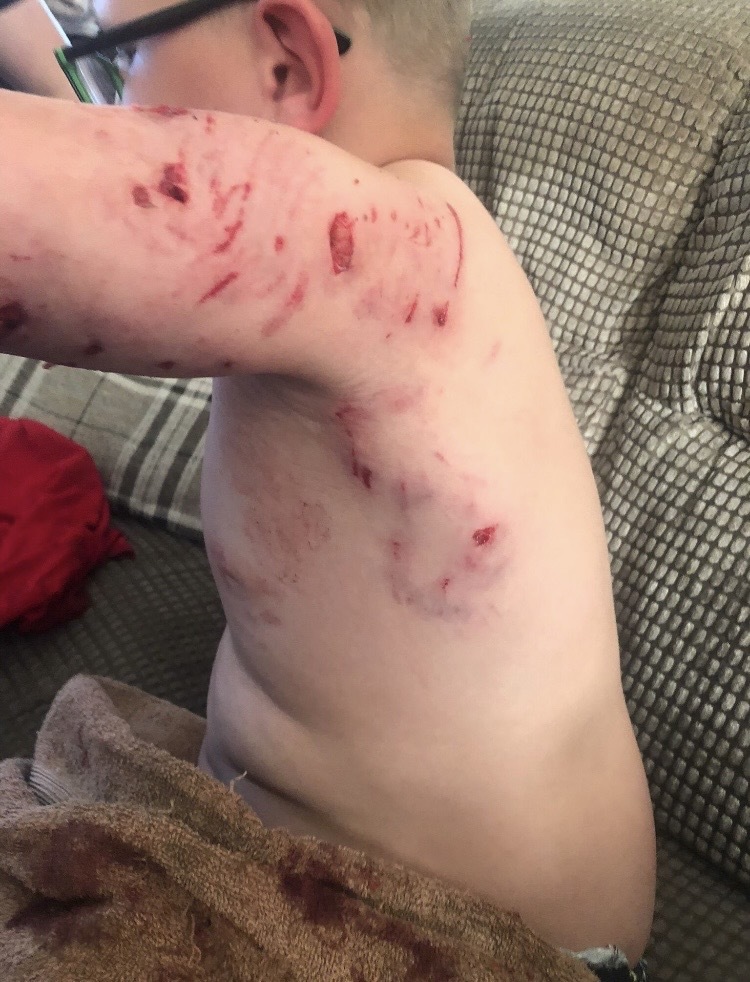 The dog also attacked a man, 62, on the same day last month and another man a week later in Wakefield, West Yorkshire. Police have not yet found it or its owner.

Freddie suffered multiple puncture wounds to his shoulder, back and chest and a huge cut under his arm needed stitching. He now tries to hide whenever he sees a big dog.

Dad Nik, who found his son bleeding on the floor after his sister phoned their mum, said: “He keeps reliving it. 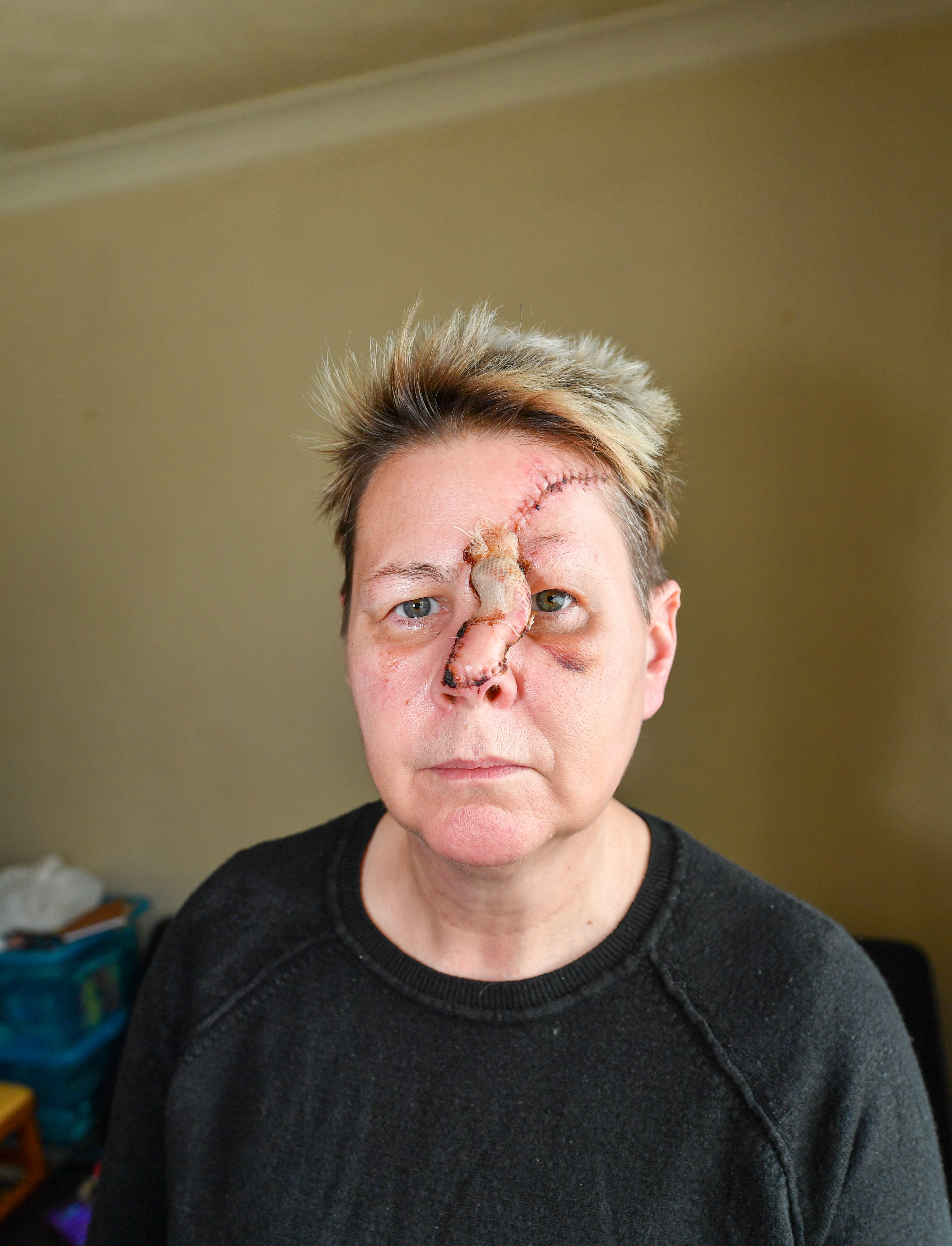 “The dog’s jumped up and grabbed hold of Freddie and pulled him into the middle of the garden and tried tearing him to bits."

He added Freddie's sister was screaming down the phone when she called them.

West Yorkshire Police is investigating reports that the dog may have attacked three people.

A spokesman said the dog was taken away by two males after the second attack.

And it was not found after the third despite an extensive area search.

It comes after two friends admitted being in charge of a dog called Beast which mauled Jack Lis, ten, to death.

Amy Salter, 28, and her pal Brandon Hayden, 19, will be sentenced next month at Newport crown court.

Jack was savaged by the eight-stone animal while visiting a school friend in Caerphilly, South Wales, in November.

Mum Emma, 32, spoke of her heartbreak at losing her "beautiful boy", adding: "We love you so much our sweet, sweet boy."

It follows a series of dog attacks throughout Britain. A boy, eight, and a girl, six, went to hospital after being bitten in Cannock, Staffordshire in March.

A toddler was also died in the same month after being mauled by two dogs in Egdon, Worcestershire.

The RSPCA's Dr Sam Gaines said: "People found themselves in a situation where they wanted some companionship, wanted something for their children to look after.

"Whether that led to some impulse purchases, or impulse acquisitions for people without asking: 'Do I have the time, do I have the resources and finances to make what is a very long-term commitment?'

"We are worried that some of the incidents could be related to that." 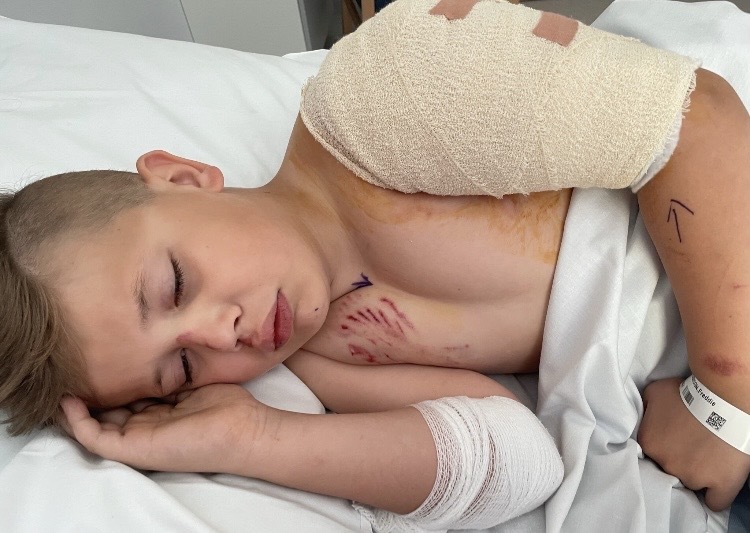