Australian university lecturer Kylie Moore-Gilbert has thanked her friends and supporters for their efforts to free her, saying they gave her hope and strength to endure "what had seemed like a never-ending, unrelenting nightmare."

In her first statement since landing in Australia, Dr Moore-Gilbert said, "I honestly do not know where to start or how I can ever thank you for all of your incredible efforts to campaign for my release." 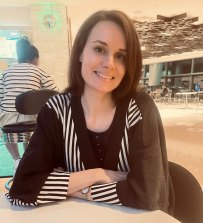 Dr Moore-Gilbert has thanked her friends and supporters for their efforts over the last two years.

"I am totally blown away by everything you have done for me, I honestly have no words to express the depth of my gratitude and how touched I am.

"I can’t tell you how heartening it was to hear that my friends and colleagues were speaking up and hadn’t forgotten me, it gave me so much hope and strength to endure what had seemed like a never-ending, unrelenting nightmare.

"My freedom truly is your victory. From the bottom of my heart, thank you," the statement, released through a website run by friends and colleagues, reads.

The website's social media accounts have also released a photo of Dr Moore-Gilbert that was taken at Doha airport soon after her release. In it, she smiles and sits with her arms crossed at a table.

The Australian-British academic landed in Canberra on Friday afternoon and is now spending two weeks in quarantine.

She was released last Thursday morning following a two-year detention ordeal in Iran in exchange for three Iranian men linked to a botched 2012 bomb plot in Bangkok.

The Australian government played a crucial behind-the-scenes role in bringing Thailand to the table and engineering the prisoner swap deal that has allowed Dr Moore-Gilbert to be released.

On Friday, the Department of Foreign Affairs said out of respect for Dr Moore-Gilbert and her family, it would not comment further on the matter.