Astonished mother has a hilarious reaction when she is told she is expecting twin girls as she exclaims: ‘So you mean TWO babies… at the same time?’

This is the comical moment a mother receives the shock of her life when she discovers she is having twin girls during an ultrasound.

Chancè Hindir-Lane, 25, from Maryland, had been attending a routine ultrasound scan with her husband when she was told by her doctor that she was carrying not one but two babies.

Footage shows the expectant mother refuse to believe what she is hearing and even accuse the doctor of lying before saying: ‘No, that’s not true.’ 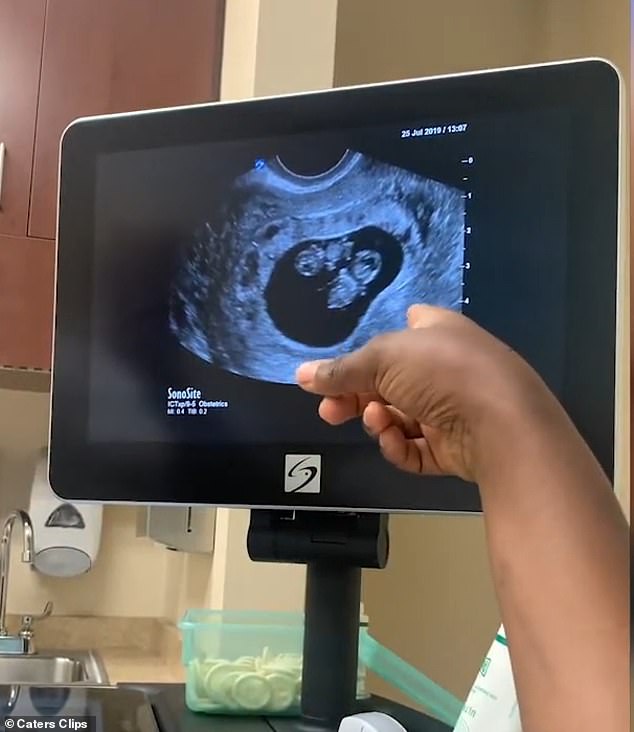 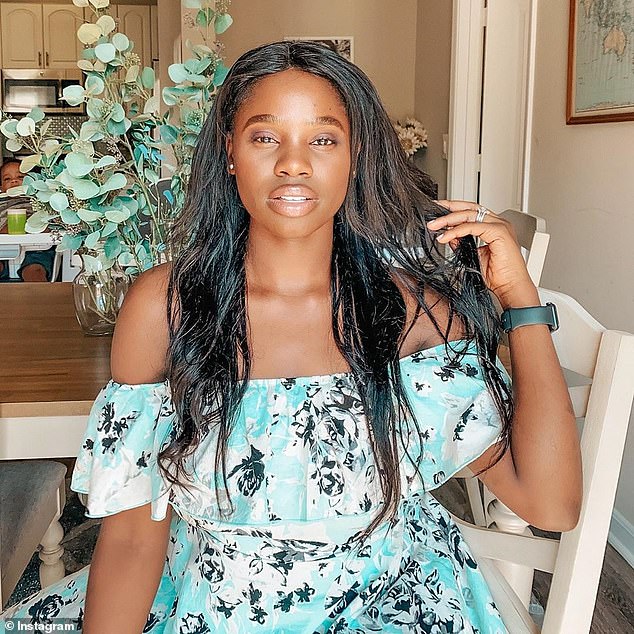 During the clip, which was filmed last year but was shared on Ms Hinder-Lane’s Instagram in July, the soon-to-be mother gasps as the doctor tells her: ‘You have twins.’

The doctor points out the two babies inside her uterus before the mother says: ‘You’re lying, you’re joking. No that’s not true. Aren’t babies supposed to be in different things so that’s obviously just one.’ 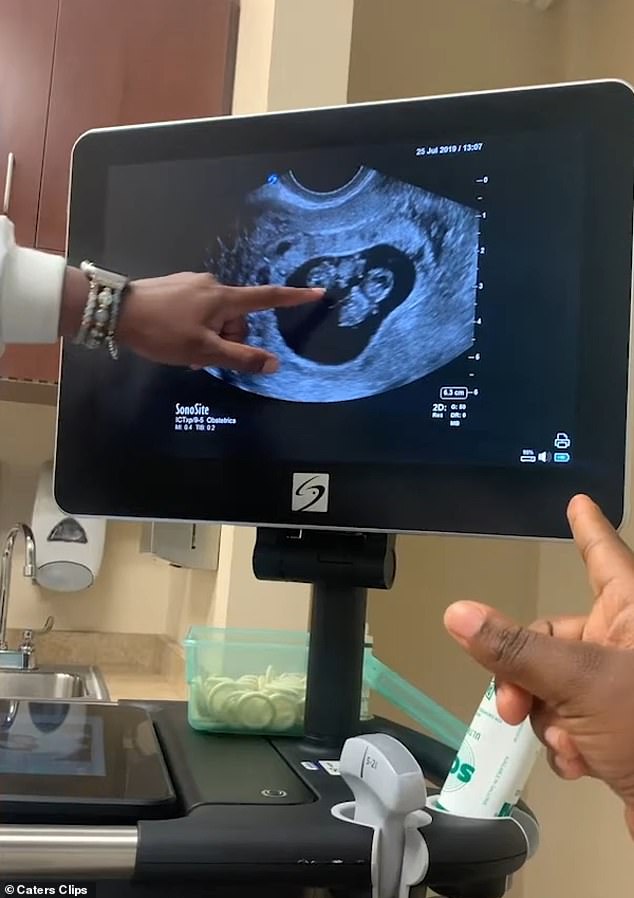 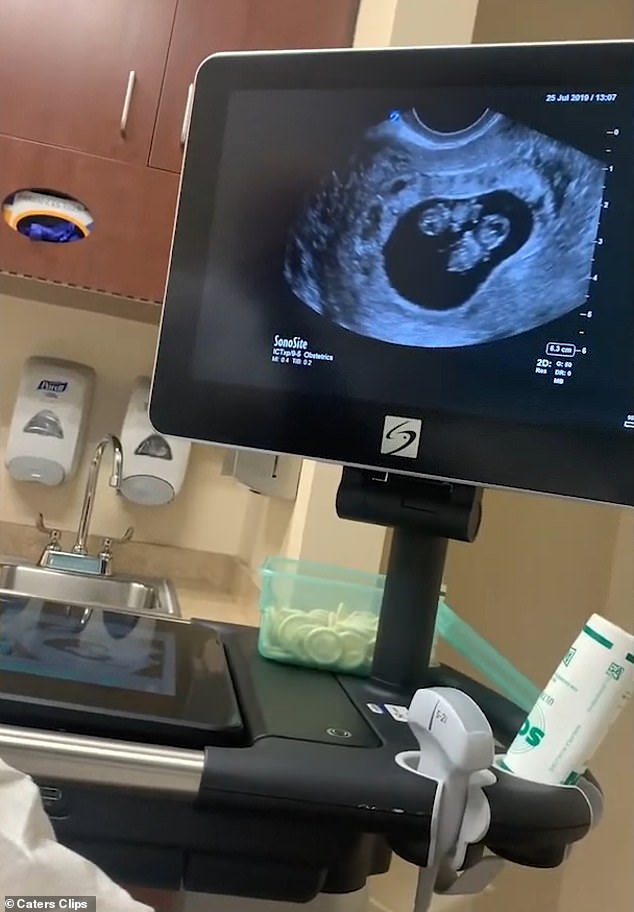 Ms Hinder-Lane then goes on to reveal that her sister also has twins as the doctor excitedly shouts: ‘Oh my god!’

The mother, whose twin girls Apphia Chanceline L’âne and Atarah Furaha L’âne are now 20-months-old, said: ‘When we showed up to the appointment and they told me I’m having twins, I really thought it was a prank by my husband.

‘My husband was just as shocked and extremely excited.

‘We couldn’t stop thinking about how unreal the whole situation was!’

She added: ‘It has been a long ride, but we love being the twins parents!’

In July, the mother decided to share the comical footage with her followers on Instagram next to a message which read: ‘Finding out there’s two. ‘‘I’m sorry WHAT?” 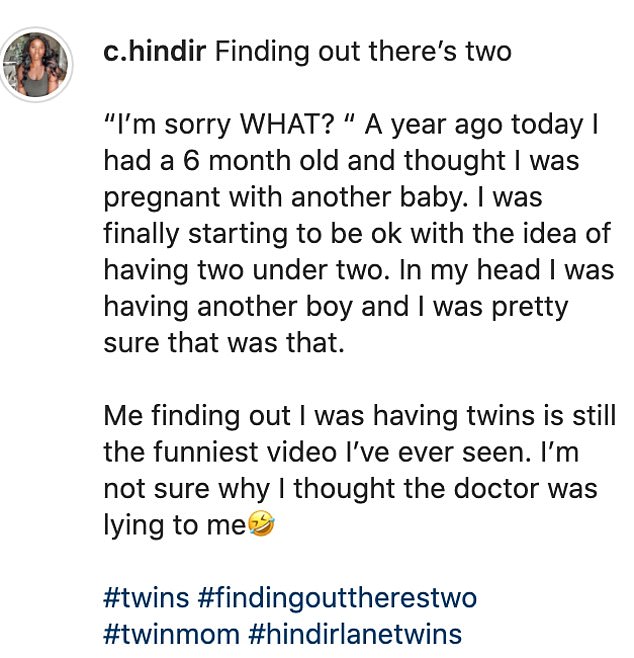 ‘A year ago today I had a 6-month-old and thought I was pregnant with another baby. I was finally starting to be ok with the idea of having two under two.

‘In my head I was having another boy and I was pretty sure that was that.

‘Me finding out I was having twins is still the funniest video I’ve ever seen. I’m not sure why I thought the doctor was lying to me.’