THIS is the shocking moment a pervert FAINTS on camera as he is confronted by paedo hunters after being caught pestering '12-year-old girls' for sex.

Paul McManus, 47, was snared after he was found messaging fake profiles and real children for sex on Facebook, WhatsApp and via text message. 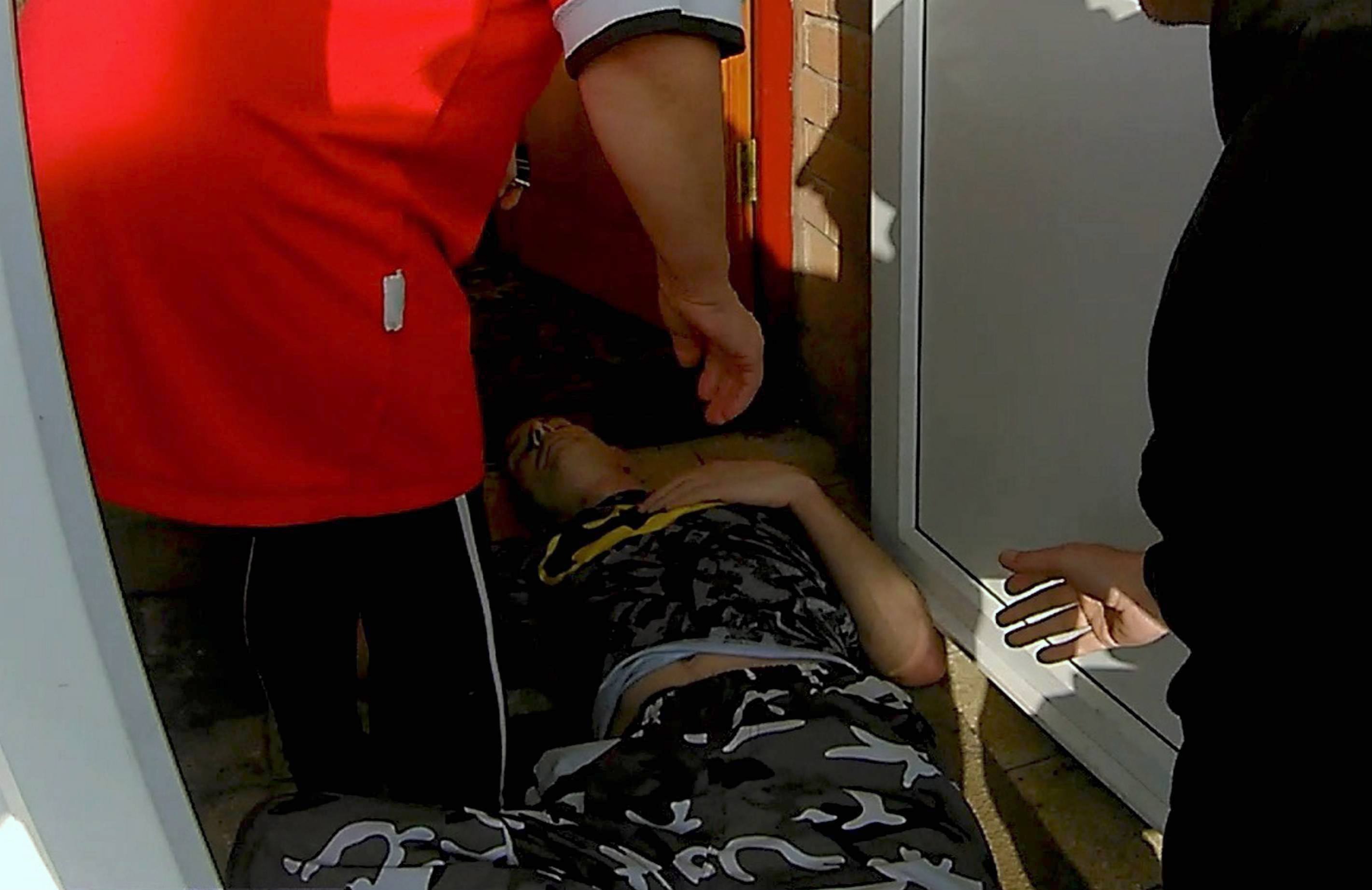 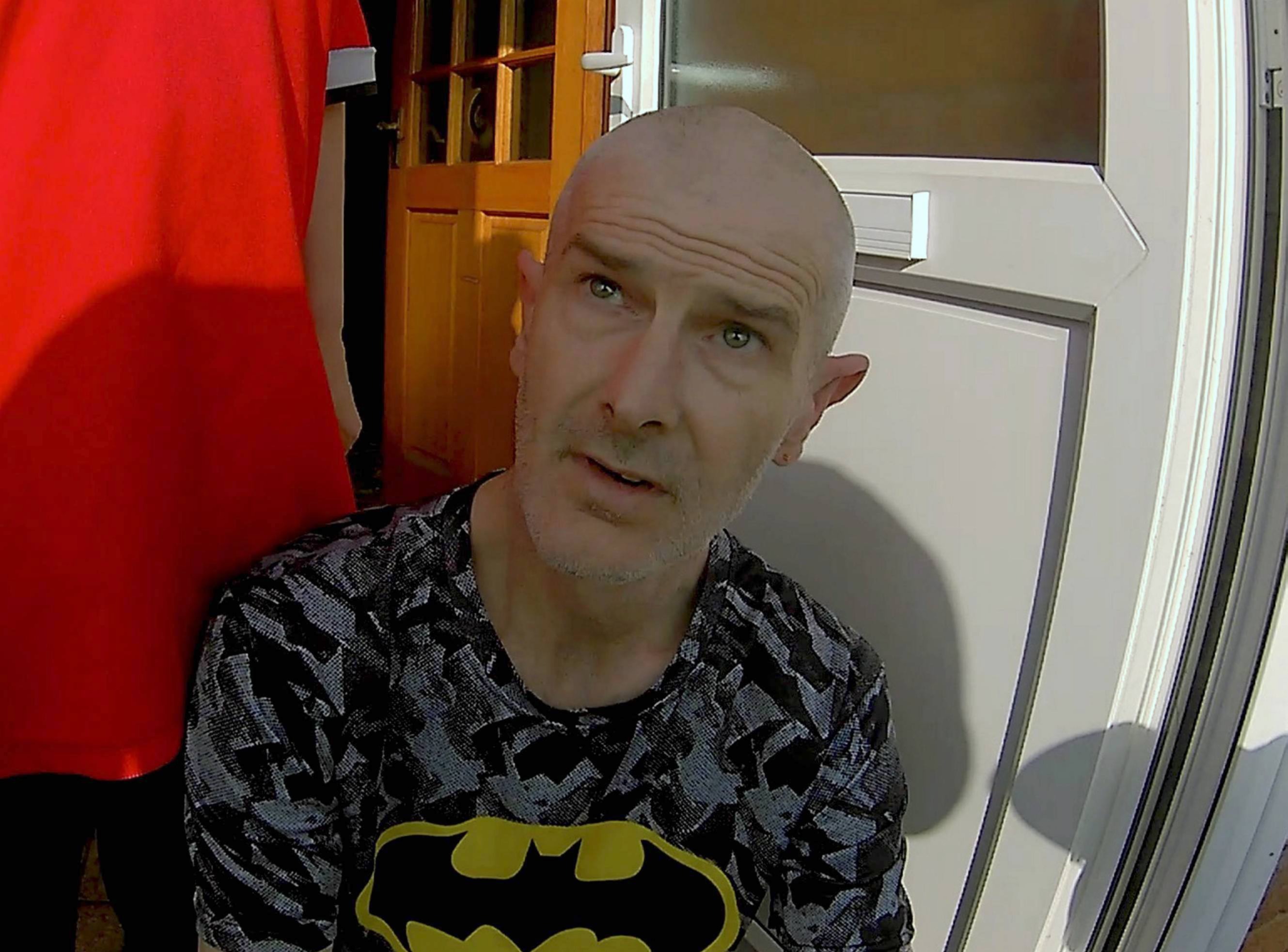 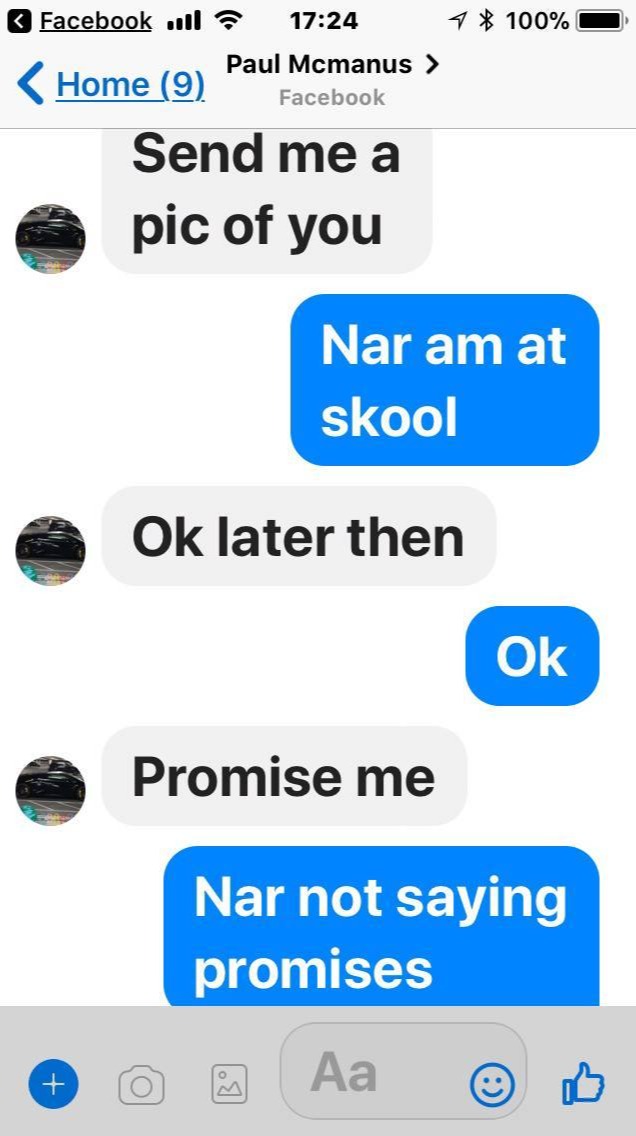 Unknown to him, many of the “girls” he had been messaging had in fact been created by undercover organisations Guardians of the North and Dark Justice.

When members of the group turned up at McManus' address to confront him, he struggled to muster any reply on the doorstep as he was shown chat logs, detailing the sick conversations.

Footage shows him fainting backwards into his house and lying unresponsive on the floor as his partner yells: “No, no!”

An ambulance was called, but it is understood McManus was not found to be suffering from any serious health condition.

Whilst speaking to the profiles set up by Guardians of the North – who are based in the North East – McManus sent a number of manipulative and sexual messages to girls he thought were as young as 12. 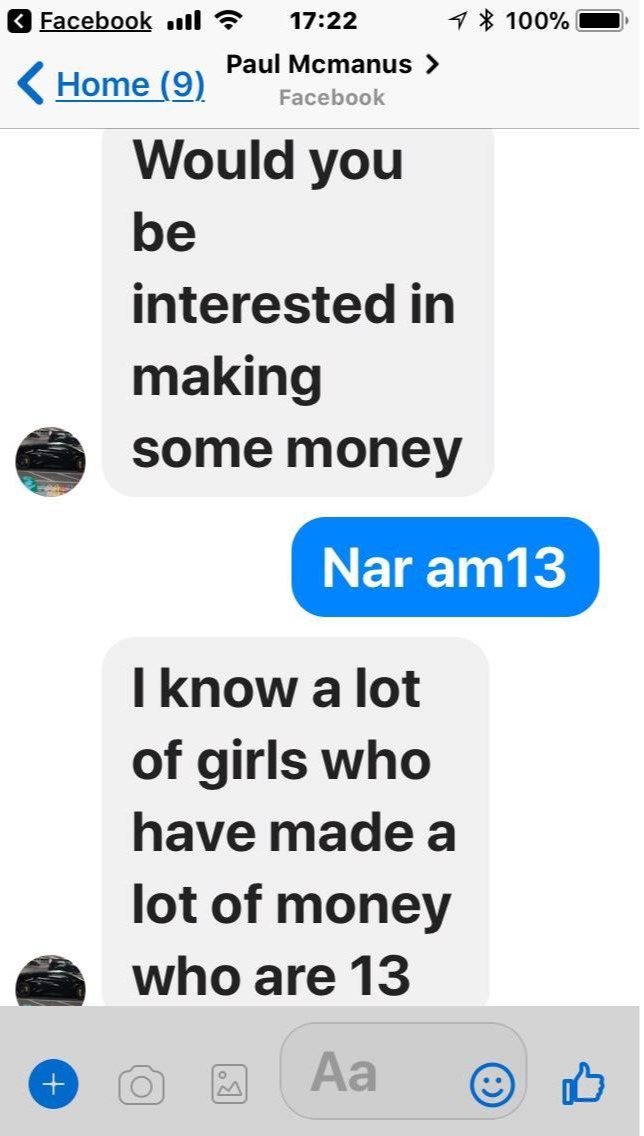 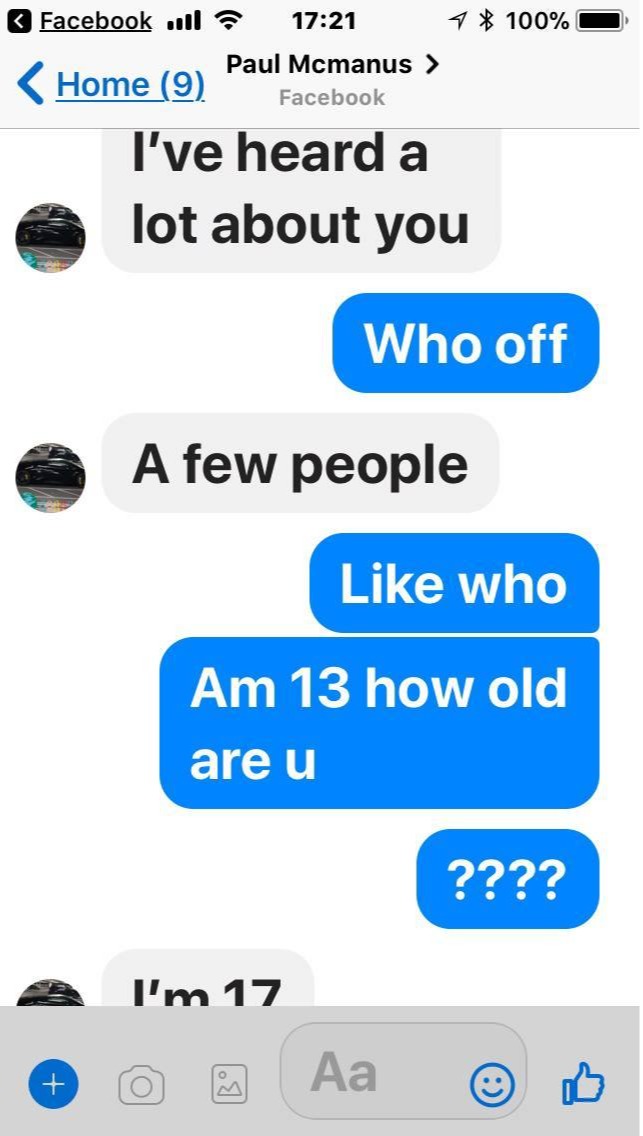 In the twisted chats, McManus told one of the fake profiles that he could arrange a photo-shoot in exchange for money.

He would also frequently ask what clothes they were wearing and what they had on underneath.

Online contact between Guardians of the North and McManus initially happened in 2018 but it took a year for the group to gather enough evidence for him to be arrested.

Kay Bell, a member of the group, acted as a decoy – and said it was one of the worst cases she has ever dealt with.

She added: "It became all day every day and he was hounding me. He would ring my phone, he would send me messages saying he would turn up at my school.

"He tried to arrange meetings many times but we knew after a certain point that he definitely wouldn't meet so we had to go down and get him because he hid behind a computer.

"He absolutely tortured me. I've been in Guardians for five-and-a-half years now and there's two cases that have affected me horrifically and this is one of them."

McManus was soon arrested by cops soon after being caught out by Guardians of the North.

After initially denying the allegations, he admitted attempting to incite a child in sexual activity and two counts of attempting to sexually communicate with a child.