Astonishing footage has captured the moment a car crash survivor completed a moonwalk – despite being told by doctors he may never walk again.

Marlon Laight, 29, was left with a traumatic brain injury and two cracked ribs when he ploughed into a bus stop after veering into oncoming traffic while driving in April 2018.

He was rushed to hospital and put into an induced coma, with medics soon warning his mother Helen that his life-support machine may be turned off as he was showing no signs of life.

But Mr Laight, from Grimsby, began moving his fingers the next day, much to his family’s relief, and woke from his coma eight weeks after his crash.

Doctors performed a craniotomy, removing the front of Mr Laight’s skull due to swelling on his brain, and it was feared he may never walk again.

But three years on, after intensive rehabilitation and physiotherapy, Mr Laight is now walking, running and even busting a dance move after making remarkable progress. 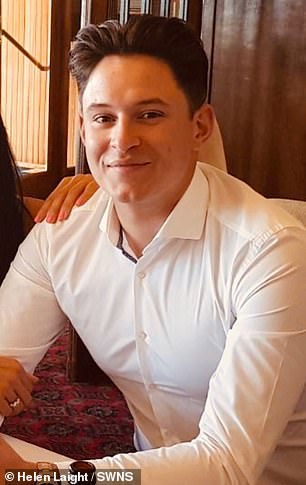 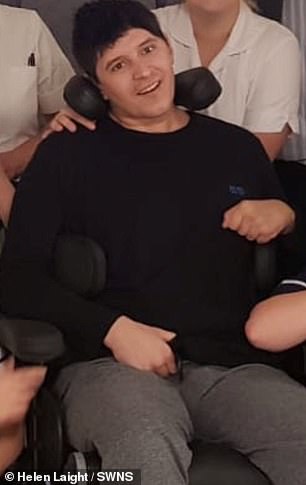 Marlon Laight (left before the accident and right after), 29, was left with a traumatic brain injury and two cracked ribs when he ploughed into a bus stop after veering into oncoming traffic while driving in April 2018

Mr Laight said: ‘My next goal is to dance like John Travolta. I can’t wait for the pubs to open to crack out my dance moves.’

The former electrician, who credits the intensive work he did at a rehabilitation centre in Leeds with his progress, now hopes to become a physiotherapist or personal trainer himself.

He said: ‘I started studying the muscular system and nutrition online during lockdown. I’m eating so much better now, I’ve become a fitness freak.

‘I’m hoping I can start college next year to formally study qualifications that will help me become a physio or a personal trainer.

‘I want to help other people with brain injuries the way I have had help. 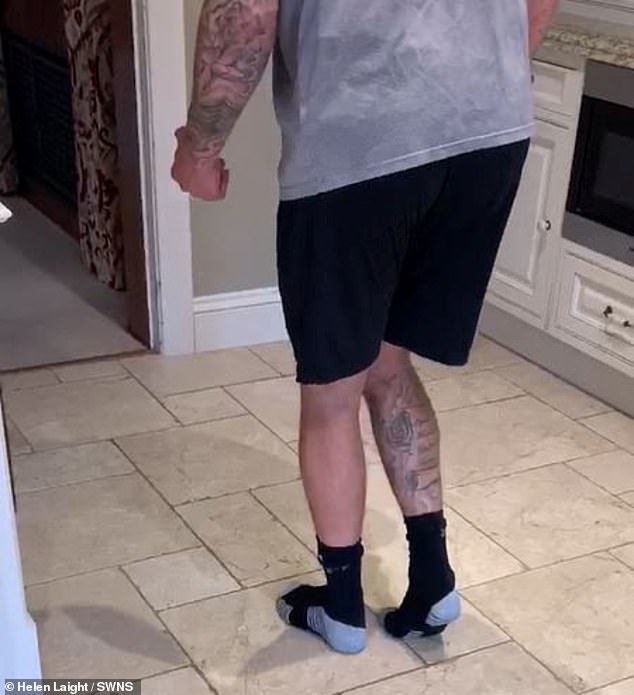 He was rushed to hospital and put into an induced coma, with medics soon warning his mother Helen that his life-support machine may be turned off as he was showing no signs of life. Pictured: Mr Laight performing a moonwalk after rehabilitation 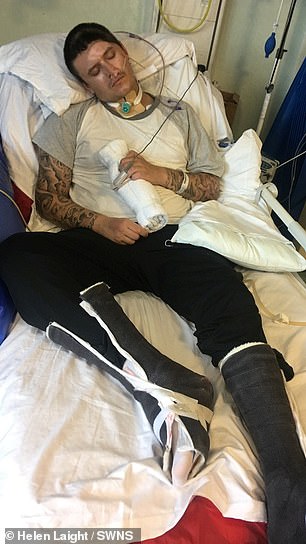 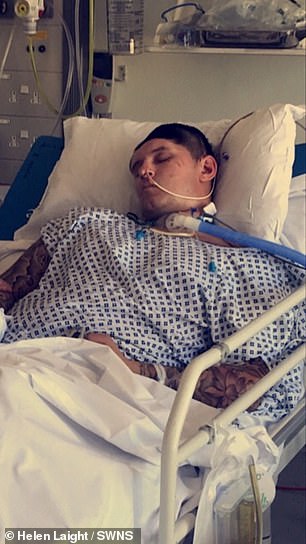 The man, who credits the intensive work he did at a state-of-the-art rehabilitation centre in Leeds with his progress, now hopes to become a physiotherapist or personal trainer himself. Pictured: Mr Laight in hospital

‘I just used to take life for granted and thought it was always going to be exactly the same way.

‘Ever since this accident, it has brought home the whole meaning of how precious your life is.

‘My family means so much to me. I wouldn’t be here if my mum hadn’t allowed me to get this rehabilitation.’

Mr Laight was in hospital for eight months before being discharged in November 2018.

After leaving hospital, he attended MOTIONrehab, a private rehabilitation centre in Leeds, for four hours a day.

When he began attending in November 2018, Mr Laight was in a wheelchair and needed full assistance for transfers and support for all his personal care needs.

He took his first steps in January 2019 and pushed himself as much as he could, surprising staff with his amazing progress.

He gradually learnt to walk unaided and by August that year he was walking down the road unaided. 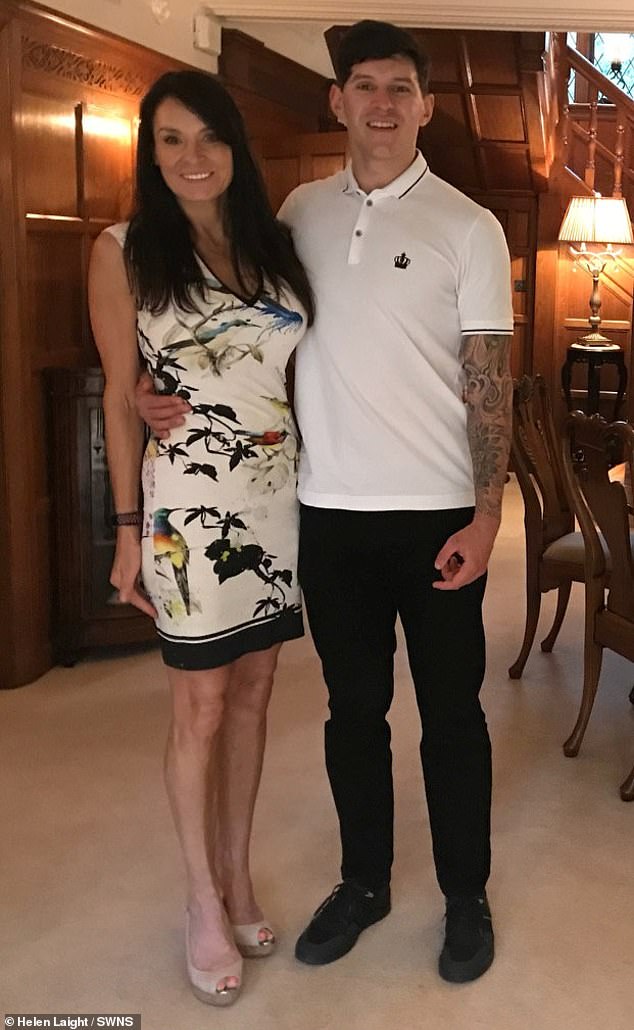 Mr Laight (seen with his mother Helen after rehabilitation), an electrician before his horror smash, was in hospital for eight months before being discharged in November 2018

During the first lockdown clocked up a staggering 22 miles on his own.

He said: ‘When I took my first steps, I cried with joy, I was so happy. Now I can shadow box, I can play football with my mum, I can walk, I can even run.

‘I had to relearn everything. I had literally slept laid on my back for a solid year. I’m actually achieving the impossible, it makes me feel so proud.

‘Previously, I was treated as a number but at MOTIONrehab, they saw me as an individual. They told me how to walk and how to balance myself.’

His mother paid for the treatment out of her savings after being denied funding by the NHS, but she says it was ‘worth every penny’ after seeing his progress.

Mr Laight has now completed his course of physiotherapy at MOTIONrehab and works with a physio closer to home six days a week.

His mother Helen added: ‘He never gave up when the doctors said they might turn his life-support machine so I couldn’t give up on him.

‘He now lives independently and is doing things we were told he might never do. I was told he might not live, let alone walk. To see him doing so well now is so emotional.’

Sarah Daniel, director and consultant neurological physiotherapist at MOTIONrehab, said: ‘When Helen and Marlon came to us, he had just come out of hospital and was in a wheelchair.

‘He needed help with absolutely everything. He is an absolute inspiration to us and to everyone.