INCREDIBLE photos show the miraculous recovery of a dog who was set on fire, battered by vicious thugs and left for dead.

Bruce the bull-lurcher needed life-saving surgery when he was found dumped, beaten and left for dead two years ago. 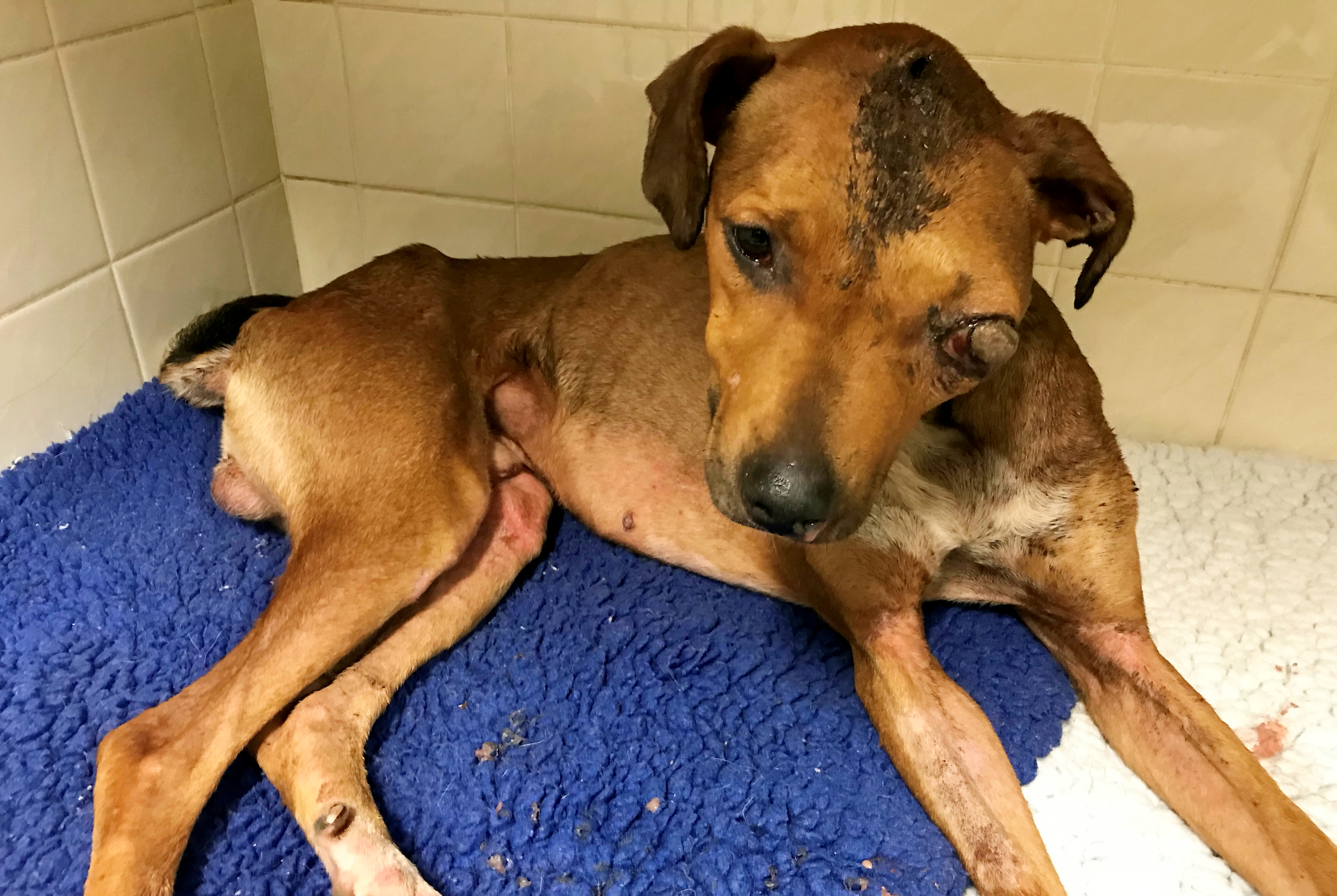 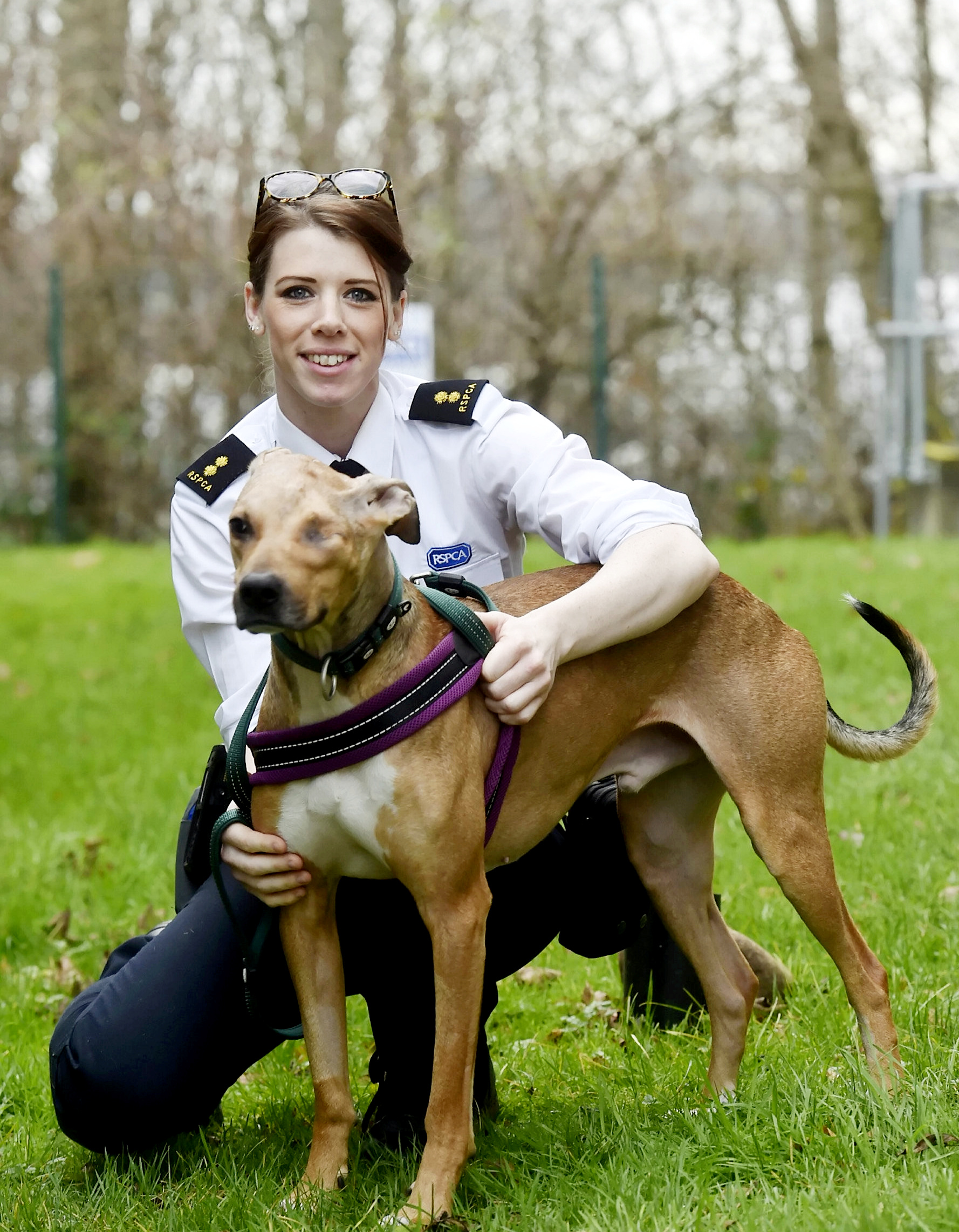 His attackers have never been found.

It is believed they beat the pup with a piece of wood with nails sticking out. Splinters from the weapon were found in Bruce's head by vets.

Images taken when Bruce was discovered show the pet covered in blood. He was so underweight his rib cage was visible.

Vets rushed him into surgery to repair his fractured skull and treat an infection caused by the splinters lodged in his head.

An MRI scan revealed Bruce's skull was 'shattered' during the beating, and vets feared he wouldn't make it through the operation due to the severity of his injuries.

But the "happy" dog, who is now being cared for in his new forever home, is now a picture of health.

Bruce was adopted by Marie Coleman, who was working at the vet surgery where he was taken for treatment.

She said it was "love at first sight" and initially fostered him before adopting him permanently after helping him on his long road to recovery.

"He has settled in very well. He loves home life," she said.

"His wounds have healed very well. You can hardly see his scar at the top of his head.

"He lost all of his hair on his bottom from being burnt and all the way down the inside of his legs, which has healed up beautifully.

Bruce was rushed to the vets after being found severely injured in a small village on the outskirts of Carlisle on August 30 2018.

He had a deep hole in the top of his skull, burns around his tail and puncture wounds to the side of his face.

RSPCA inspector Sam Morris said he was "gobsmacked" at the violence inflicted on Bruce.

"I've worked for the RSPCA for 10 years and I don't think I've ever seen anything that awful," Insp Morris said.

"We know Bruce had been in that condition for a number of days before he got the vet treatment he needed.

"The pain that he must have been in is unimaginable. He was losing the will to carry on."

"You really question what kind of person could do this.

"Vets said the side of his face had been caved in and described the damage to his skull as dramatic."

But Bruce – who Insp Morris described as a "fighter" – began wagging his tail as soon as he awoke after surgery.

The pooch's story will feature on the new series of The Dog Rescuers, which starts tonight on Channel 5.

Presenter Alan Davies said it's a "miracle" that Bruce has survived and recovered from his ordeal. 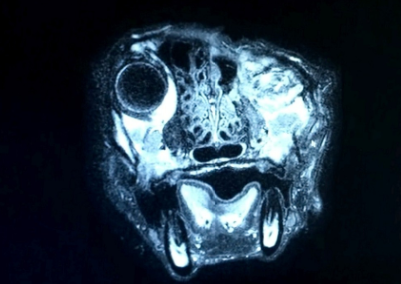 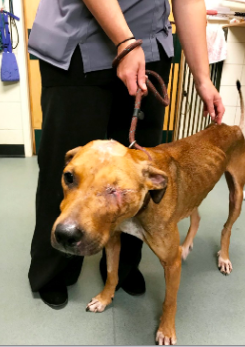