Our Forever First Lady Michelle Obama is known to “go high when they go low,” but she’s also direct with matters that affect our democracy.

In light of Donald Trump’s refusal to concede to President-elect Joe Biden and Vice President-elect Kamala Harris, Mrs. Obama published in an open letter shared via Facebook urging him to face the music.

“Our love of country requires us to respect the results of an election even when we don’t like them or wish it had gone differently — the presidency doesn’t belong to any one individual or any one party,” she wrote. “To pretend that it does, to play along with these groundless conspiracy theories — whether for personal or political gain — is to put our country’s health and security in danger.”

The former First Lady was transparent about her own struggles to put her personal differences with Trump aside after his racist attacks against her husband, former President Barack Obama (Trump spent years peddling a lie that Obama wasn’t a U.S. citizen, prompting Obama to release his long-form birth certificate.)

“Donald Trump had spread racist lies about my husband that had put my family in danger,” she said, referencing Trump’s birther conspiracy. “That wasn’t something I was ready to forgive. But I knew that, for the sake of our country, I had to find the strength and maturity to put my anger aside. So I welcomed Melania Trump into the White House and talked with her about my experience, answering every question she had—from the heightened scrutiny that comes with being First Lady to what it’s like to raise kids in the White House.” 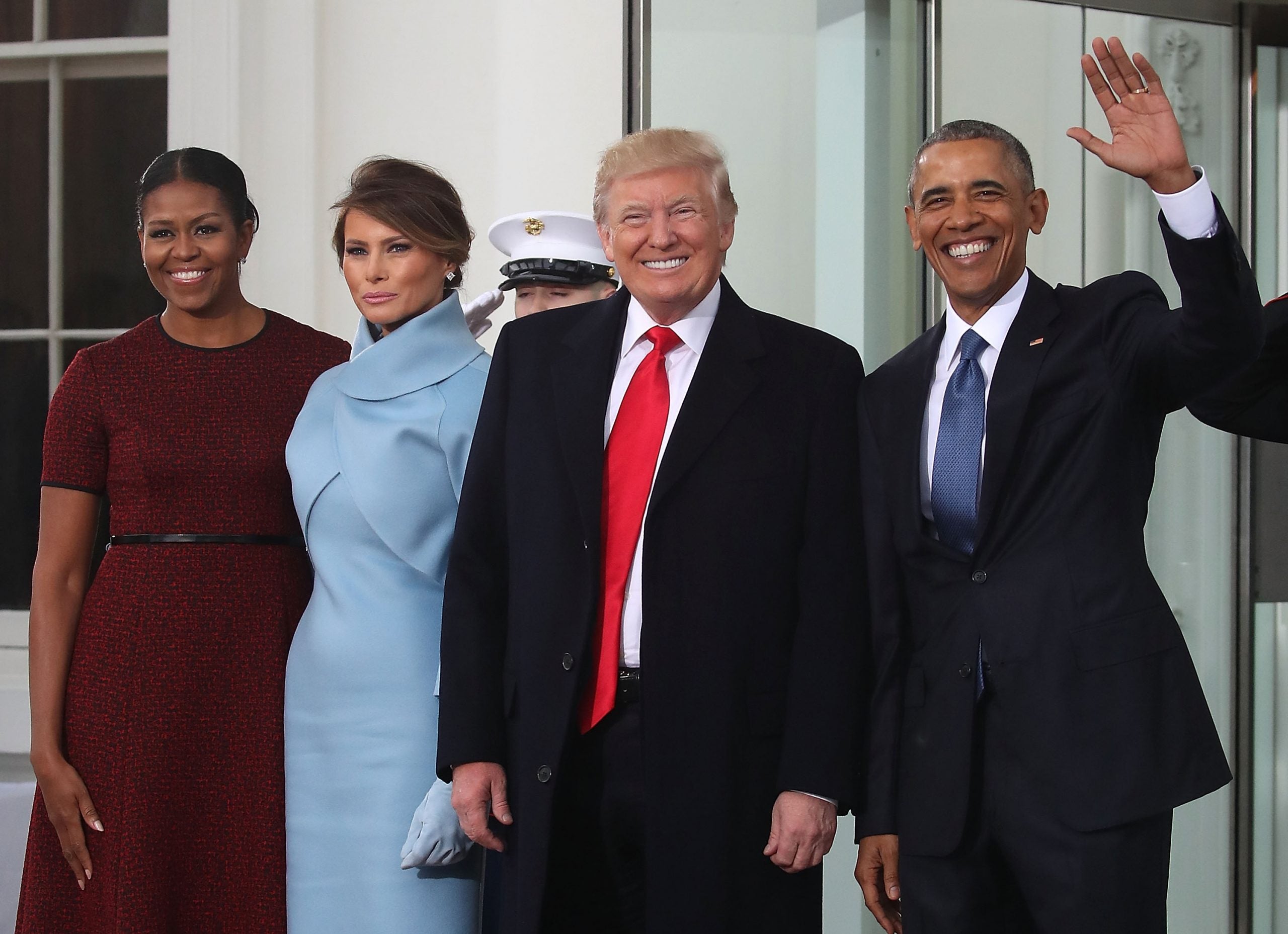 Mrs. Obama said she and then-President Barack Obama “instructed our staffs to do what George and Laura Bush had done for us: run a respectful, seamless transition of power — one of the hallmarks of American democracy” and “prepared detailed memos” in order for Trump’s staff to take over.

Our forever FLOTUS concluded her letter by acknowledging the seriousness of the situation, urging Trump to be a leader and concede. “I want to urge all Americans, especially our nation’s leaders, regardless of party, to honor the electoral process and do your part to encourage a smooth transition of power, just as sitting presidents have done throughout our history.”