The Mail on Sunday can reveal that Grace Crompton, the youngest child of Emma Bennett, daughter of Ball’s long-time partner Cathy McGowan, was called up to the under-20s squad just four years after taking up the game.

Miss Crompton, a third-year sport management and coaching student at Bath University, made her debut in last weekend’s defeat against France at the ground of the Henley Hawks rugby club in Oxfordshire. 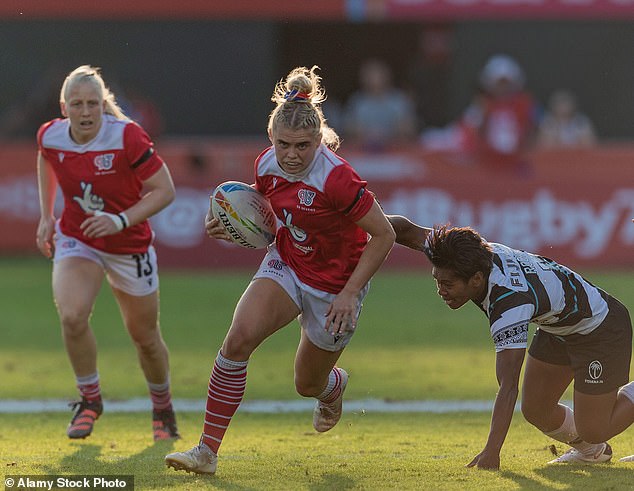 She previously played for England Sevens and is expected to compete in the Commonwealth Games later this year.

Last month she featured on the Women’s Rugby Show online programme, where she described getting the call-up as a ‘dream’.

Miss Crompton, 20, added: ‘It’s crazy to see so many people coming to watch us. There are so many young girls there who want to speak to us afterwards.

‘I’m really enjoying making a legacy and inspiring the next generation and wearing a rose on our chest.’

Ball, best known for appearing in Les Misérables, Aspects Of Love and other musicals, was unable to have children of his own after suffering serious injuries in a parachuting accident as a teenager. 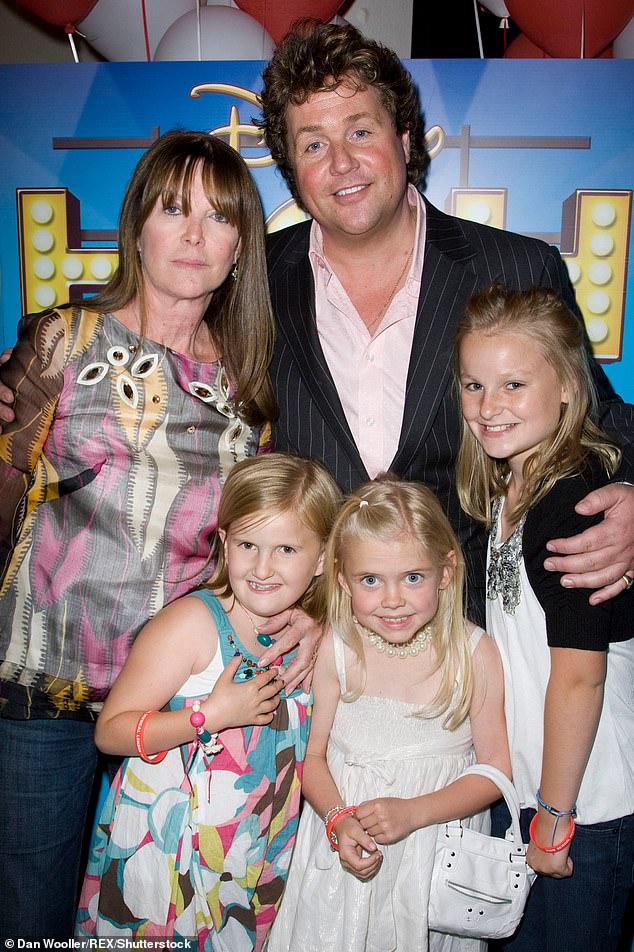 Grace (centre, in a white dress) pictured with Cathy McGowan and Michael Ball in 2008

However, he is close to Miss Crompton and has been going to watch her on the pitch ever since she began playing.

He is also godfather to her older brother Connor. Speaking of family bonds, Ball has said: ‘I never thought a baby was going to come into my life in any shape or form, let alone one I was going to be so close to.’

The 59-year-old has been in a relationship with Miss McGowan, 79, former presenter of 1960s music show Ready Steady Go!, for three decades.

She was previously married to the late actor Hywel Bennett, with whom she had Emma.