Home » World News » Mexico could restrict border crossings to stop Americans bringing coronavirus into its country as US cases hit 2,000

MEXICO could restrict border crossings to stop Americans bringing the coronavirus in to the country as US cases soar above 2,000.

The health minister said the government was considering measures to slow the spread of the killer bug after Donald Trump declared the pandemic a national emergency. 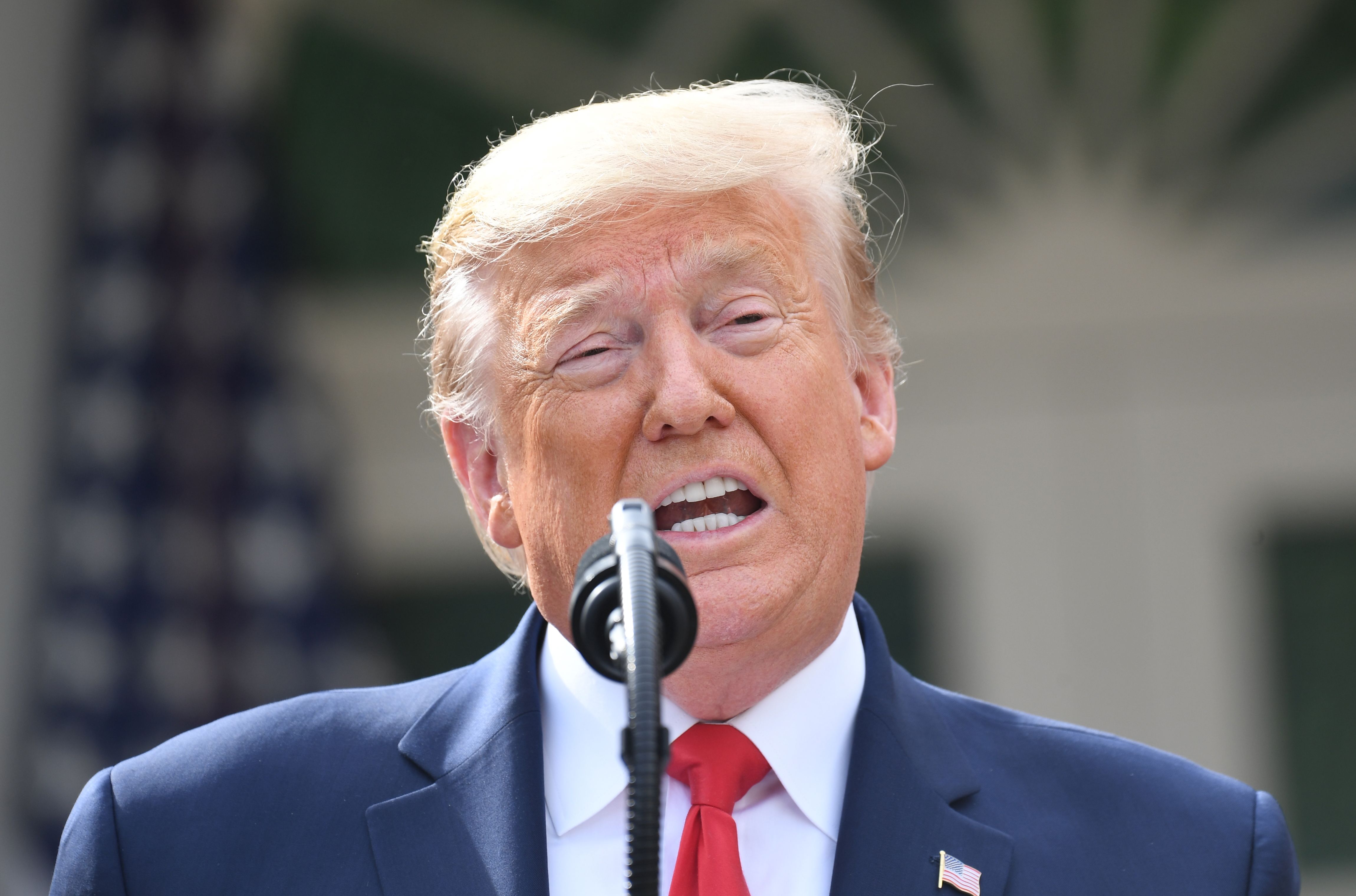 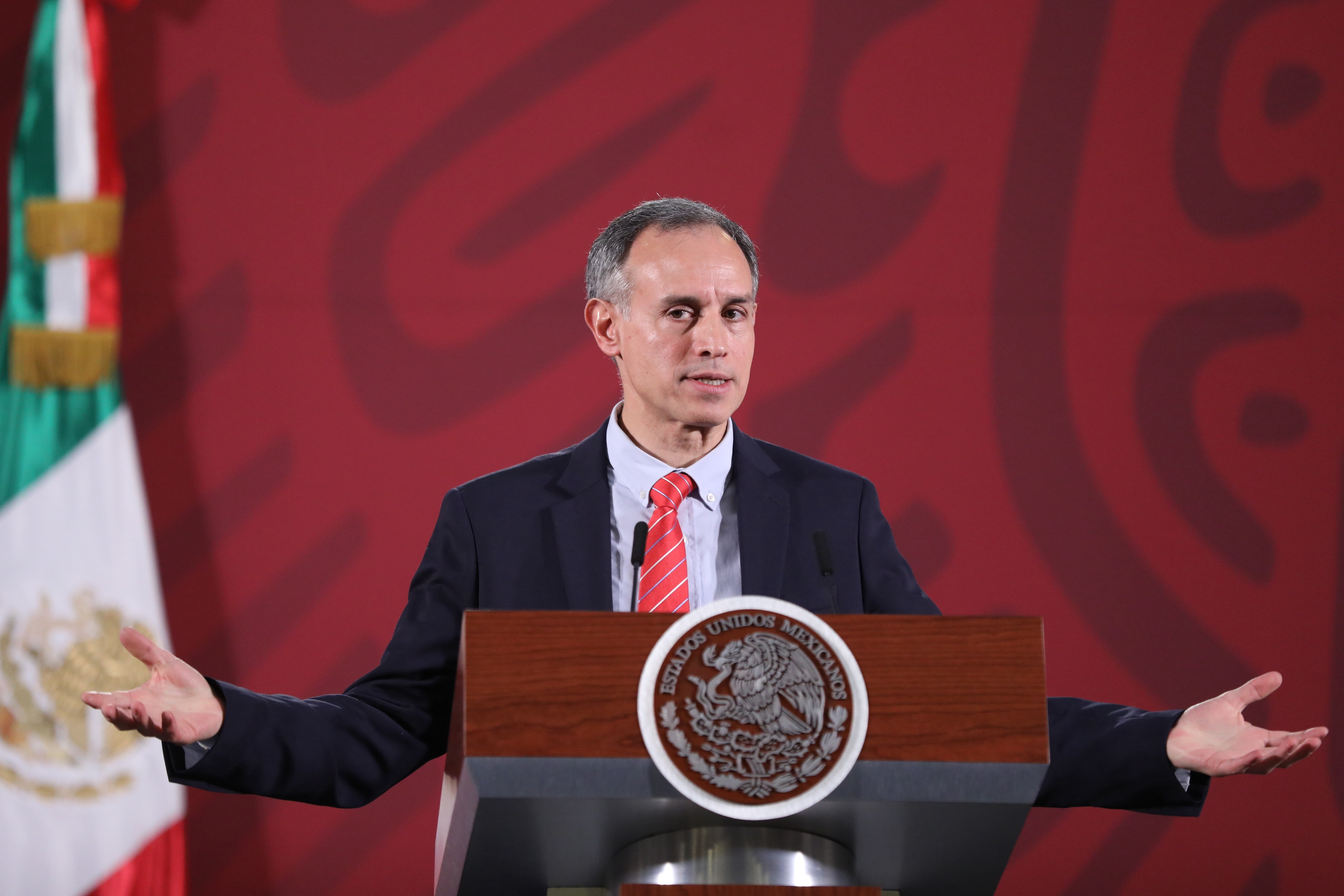 In the US, 48 people have died and the virus is still spreading, and in Mexico there have been 26 confirmed cases and no deaths.

Hugo Lopez-Gatell said contagion from the US was a threat.

He said during a press conference: "If it were technically necessary to consider mechanisms of restriction or stronger surveillance we would have to take into account not that Mexico would bring the virus to the United States, rather that the United States could bring it here."

The risk of infection is a concern for towns like Tijuana, which is opposite San Diego, where many cross the border every day for work or school.

Unlike several countries in the region, Mexico has yet to shut schools or ban travellers coming from places with high numbers of coronavirus cases.

Lopez-Gatell said the government is recommending private and public bodies suspend non-essential services linked to the public such as classes and seminars to reduce socialization. 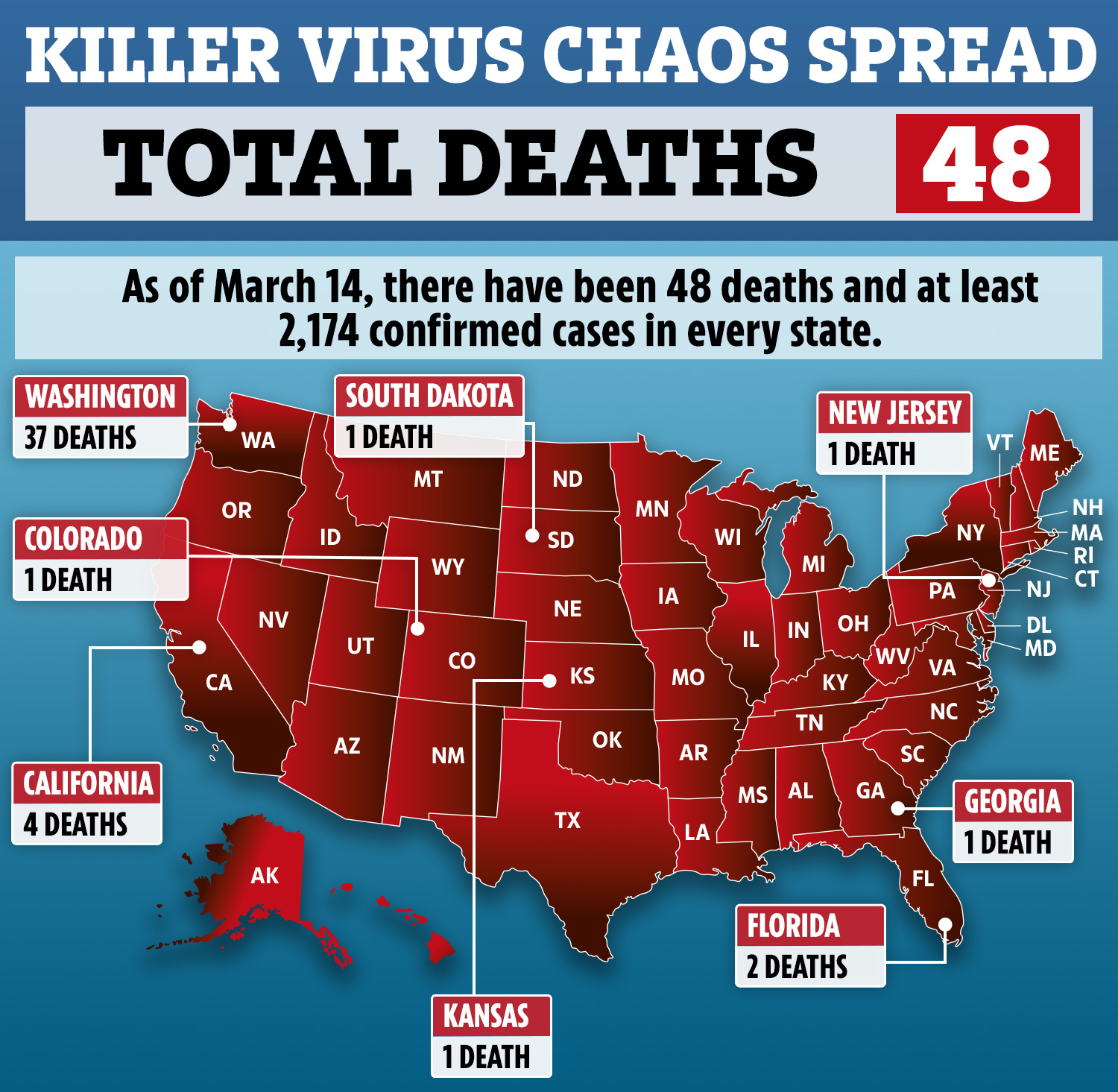 Trump has now used Covid-19 to reinforce his position on building a wall on the Mexico-US border.

He has called for a wall since campaigning for his presidency to block migrants from entering the US.

The 45th president wrote on Twitter the wall was needed "more than ever".

He wrote: "To this point, and because we have had a very strong border policy, we have had 40 deaths related to CoronaVirus.

"If we had weak or open borders, that number would be many times higher!"

It comes after Trump declared a national emergency over the coronavirus pandemic.

He had already taken serious measures of banning people from Europe arriving in the US.

The UK was spared from this continent-wide ban, but it Trump said the UK was so far exempt from a travel ban based on the recommendation of "a group of professionals".

Speaking from the Rose Garden, Trump said: “I am officially declaring a national emergency," before revealing he WILL get tested for COVID-19.

For the first time, the president also said he will “most likely” be tested for the coronavirus though he says he is not showing any symptoms.

There was concerns over the president getting tested after a third person who visited the Mar-A-Lago resort received the damning diagnosis, along with Brazil's Acting Ambassador Nestor Forster and Brazilian Press Secretary Fabio Wajngarten.

Sean Conley, the in-house physician, had previously said: "The president's exposure to the first individual was extremely limited (photograph, handshake) and although he spent more time in proximity to the second case, all interaction occurred before any symptom onset.

"These interactions would be categorized as LOW risk for transmission per CDC guidelines, and as such, there is no need for home quarantine at this time."

Hours earlier, Brazil's US embassy issued a Twitter statement on Friday night confirming Forster tested positive and would be isolating.

The account previously tweeted a picture of Brazilian officials and Forster at a round table dinner with Trump and Ivanka on Saturday.

He was also pictured shaking hands with Miami Mayor Francis Suarez – who has since tested positive for coronavirus – during US meetings with Brazil's President Jair Bolsonaro.

"Following medical advice, Amb. Forster will extend his self-quarantine, which he had already placed himself into as a precautionary measure, for another two weeks," the Brazilian embassy tweeted. 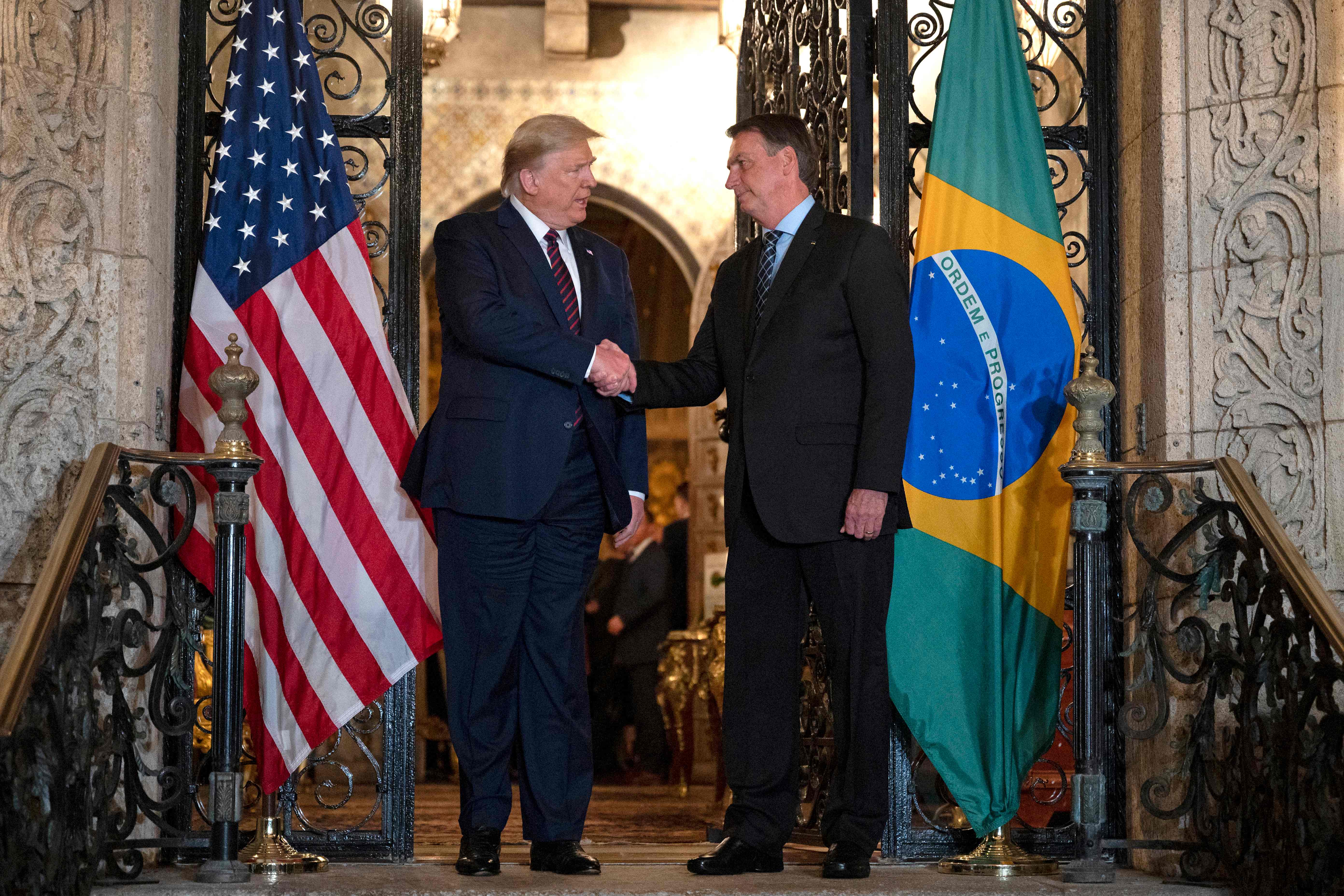 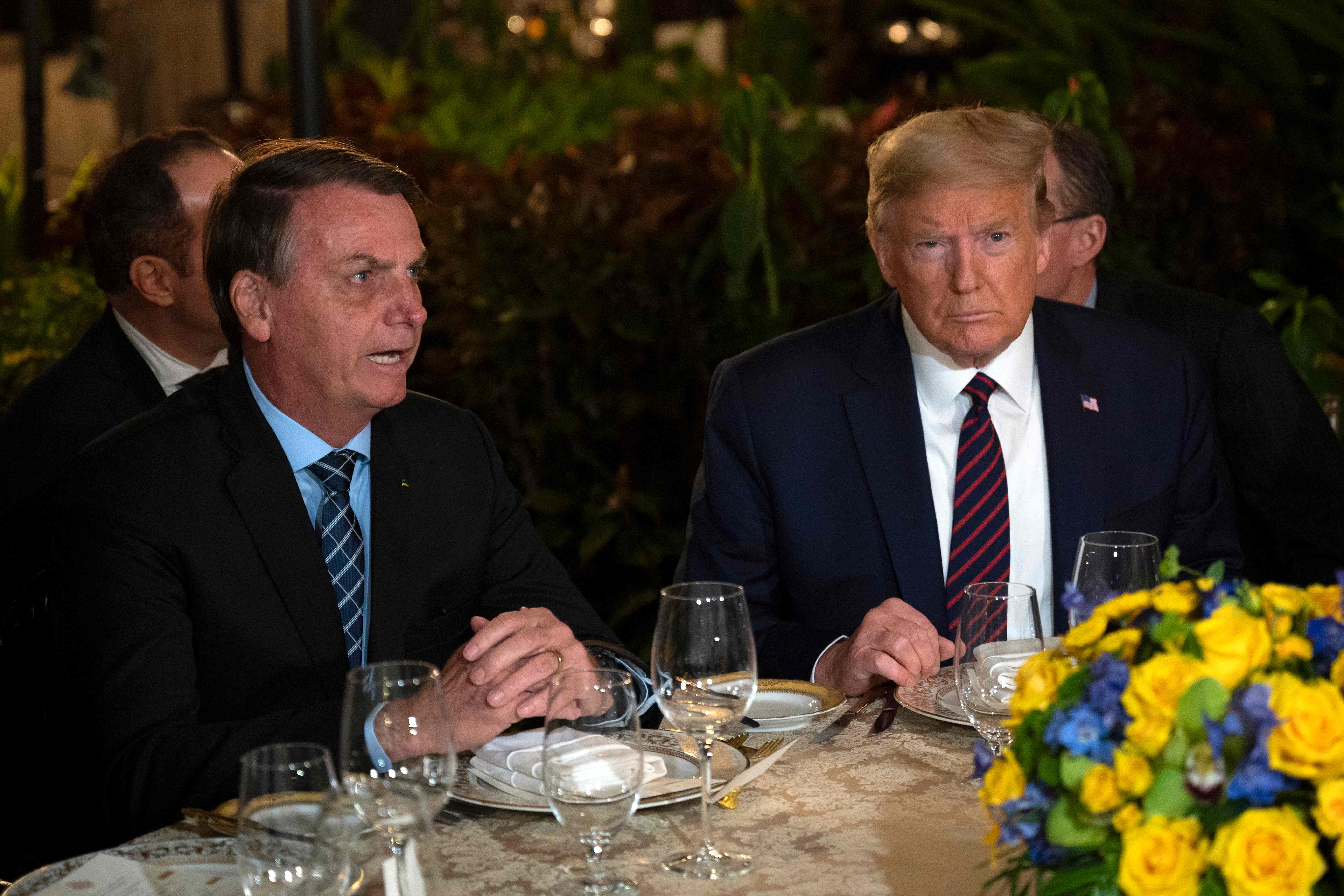 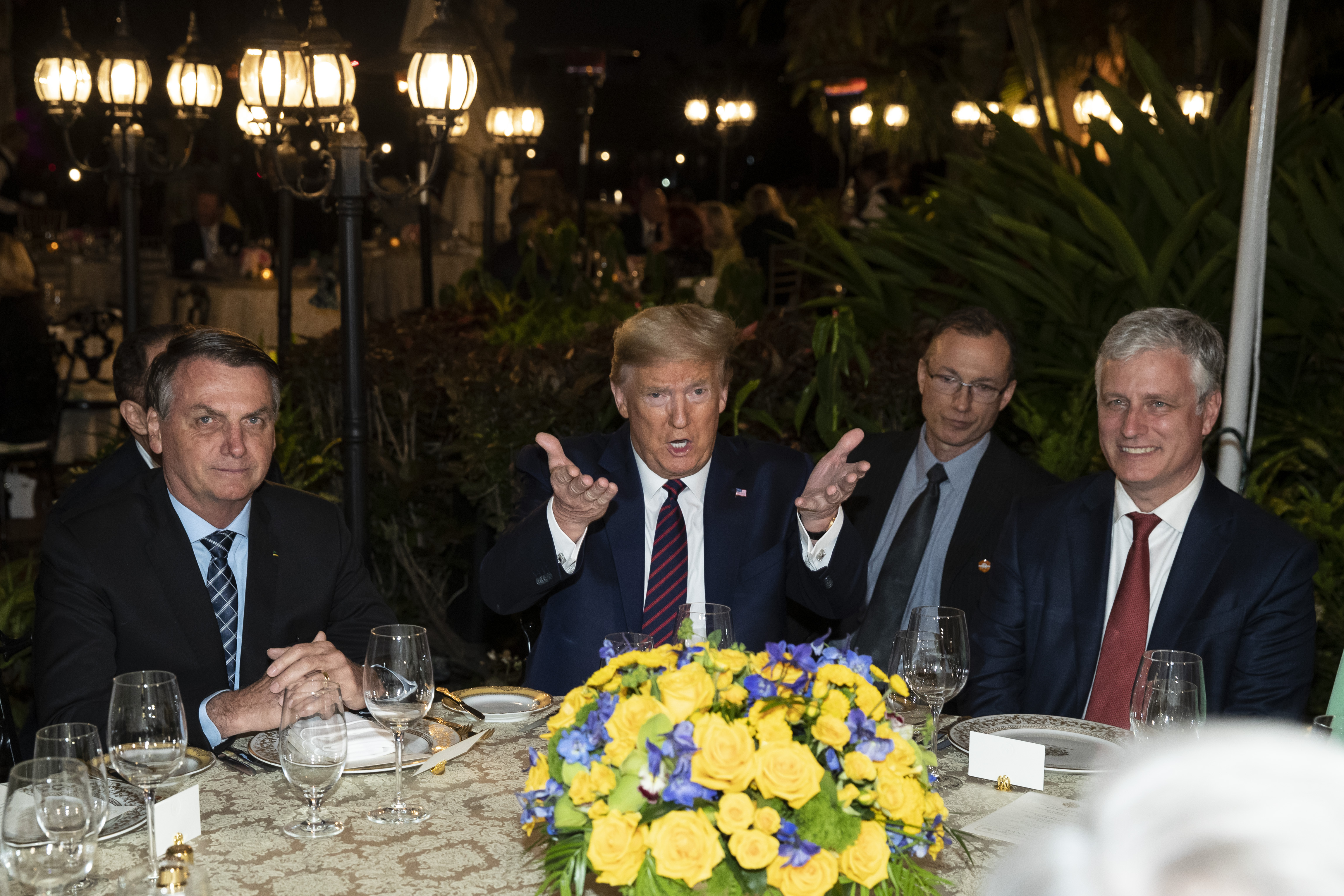