MEGHAN Markle and Prince Harry's interview has been extended to a TWO hour special as Oprah reveals that "no subject is off limits."

In a dramatic preview of their tell-all interview, Harry says that his "biggest concern was history repeating itself" in a hint towards his mother's own struggle in the royal family. 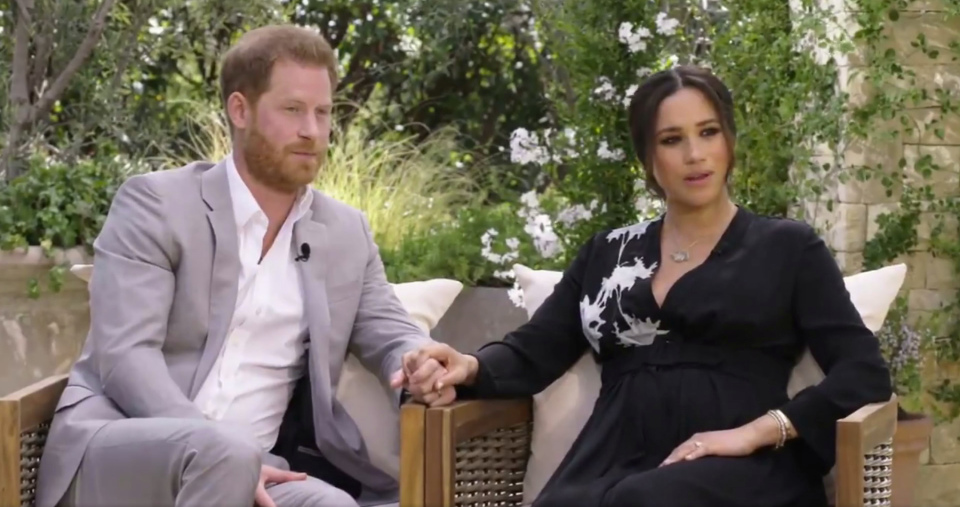 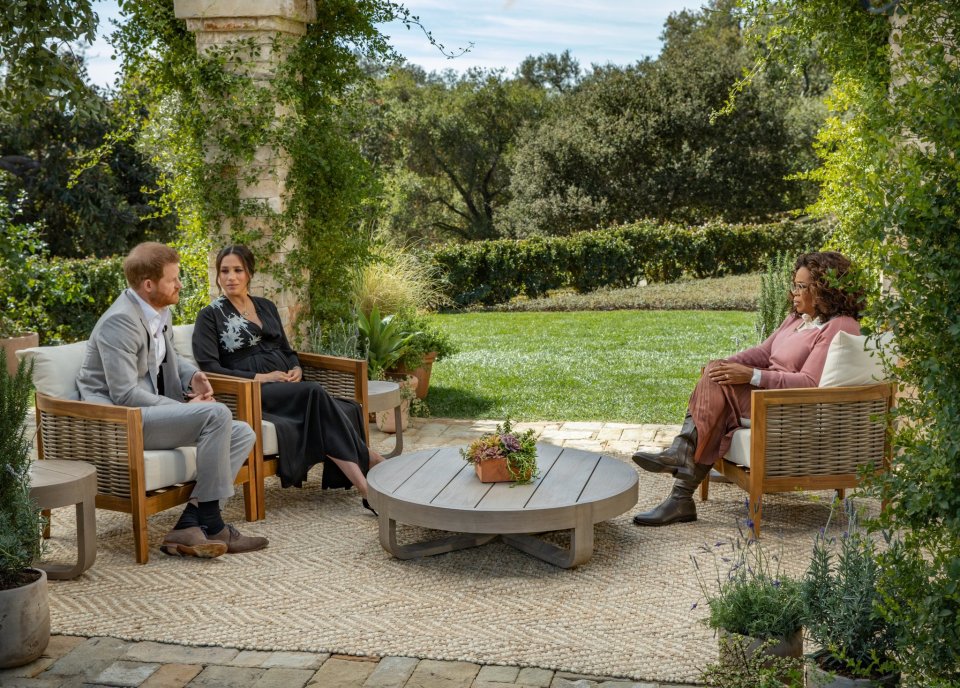 CBS has now said that the "primetime special" with Meghan and Harry will be extended from 90 minutes to 2 hours – and is set to first broadcast on Sunday 7 March from 8pm ET.

The dramatic preview begins with Oprah asking Meghan Markle whether she was "silent, or silenced?"

She then goes on to say: "I just want to make it clear to everybody, there is no subject that's off-limits."

However, we do not get to hear mum-to-be Meghan Markle speak in the preview clips as she cradles her baby bump.

The talk-show powerhouse goes on to say the couple had revealed "some pretty shocking things" – some of which seemed "almost unsurvivable".

Holding hands with Meghan, Prince Harry said: "You know for me, I'm just really relieved and happy to be sitting here, talking to you, with my wife by my side.

"Because I can't begin to imagine what it must have been like for her [Diana], going through this process by herself. All those years ago.

"Because it's been unbelievably tough for the two of us, but at least we had each other."

Harry added: "My biggest concern was history repeating itself."

It's been reported the Queen was "blindsided" by Harry and Meghan's announcement of a "tell-all" interview with Oprah.

The royal couple apparently failed to inform the monarch of their plans before revealing they'll chat to the American chat show host. 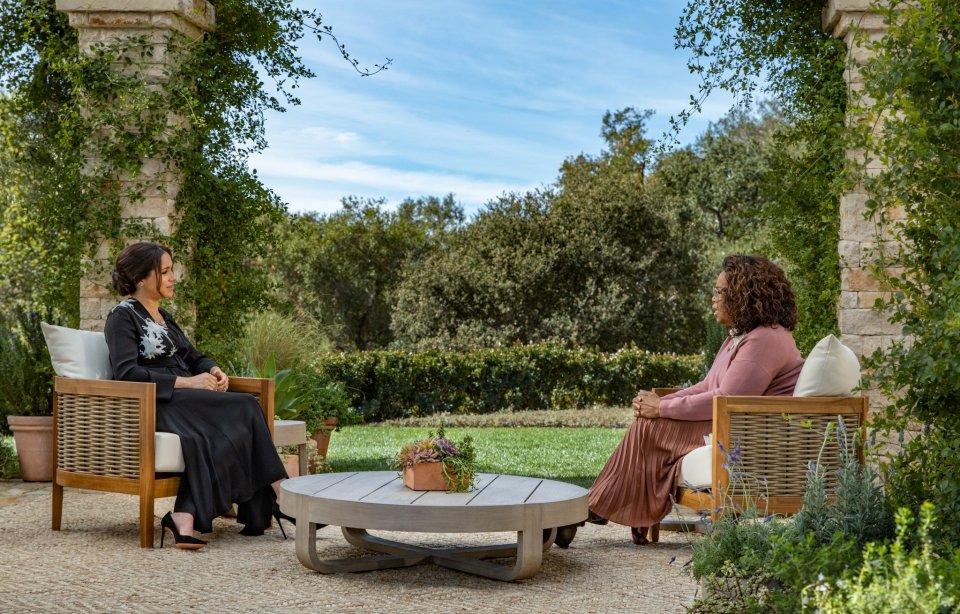 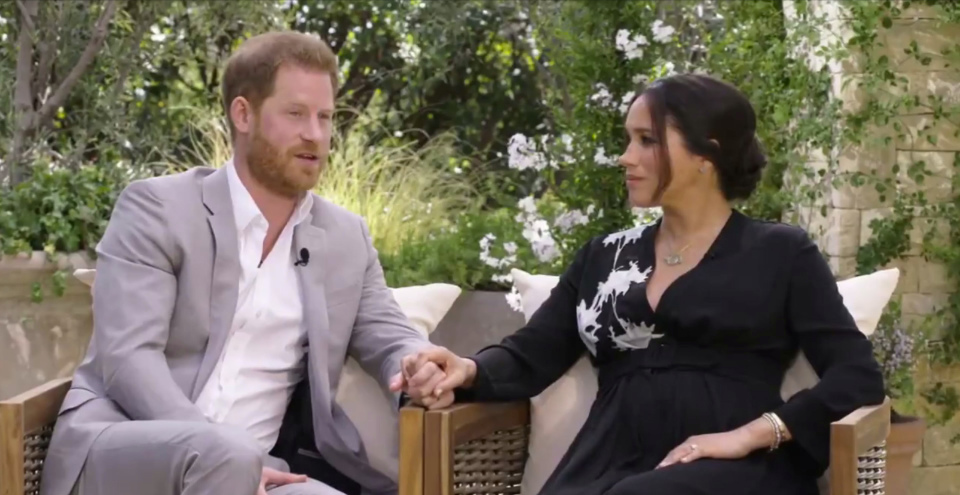 And she only learned of it when US TV network CBS hurriedly issued a statement on Monday – after a producer working for Ms Winfrey mistakenly alerted ITV of the plans, the Mail on Sunday reported.

News of the big interview emerged after the couple announced Meghan's third pregnancy – and days before Buckingham Palace confirmed the pair will never return as senior royals.

Members of the Royal family usually run potential TV interview opportunities past the Queen in advance.

The couple sat down with Ms Winfrey to record the chat last Tuesday, it's understood.

But the interview was not filmed at the royals' Montecito home, nor at Oprah's – but instead at a nearby location in Santa Barbara, California.

Harry and Meghan were forced to reveal the interview ahead of schedule after ITV were tipped off.

The couple are believed to have spoken about marriage, parenthood, life as royals and their charity work during the discussion.

Oprah's very rare sit-down interview with Prince Harry and Meghan is scheduled to air on CBS on March 7 from 8pm.