McDonald’s worker, 21, GLASSED a teacher and her Boots employee friend, 20, broke her nose with a vicious kick in a nightclub row over a man – but pair are spared jail

Two women who viciously attacked a teacher and threw a glass at her face in an unsettled row about a man when they met on a night out in Manchester have been spared jail.

McDonald’s worker Lesley Herbert, 21, glassed the victim moments after her former Boots colleague Jessica Winstanley, 20, threw her to the floor and broke her nose while kicking her.

But they were yesterday spared jail for the ‘deeply unpleasant’ attack which left the victim scarred, cut and bruised.

The court heard the victim had worked at a Boots store at Manchester Airport with Winstanley, and that the pair ‘had a working relationship’ but ‘didn’t regard themselves as friends’.

While they were co-workers, the victim reported Winstanley to her bosses for dating another colleague at the same Boots branch — a breach of company policy. 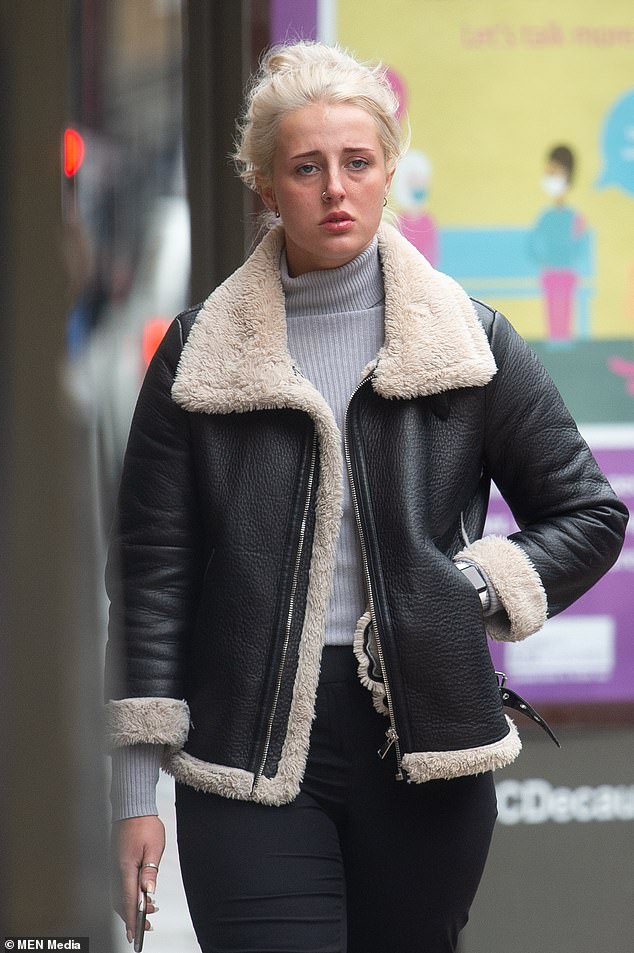 McDonald’s worker Lesley Herbert, 21, glassed the victim moments after her former Boots colleague Jessica Winstanley, 20, threw her to the floor and broke her nose while kicking her

However, the victim later apologised and believed the matter had been resolved before she was attacked by the pair on a night out for Boots staff on July 13 of last year.

A number of staff and their friends attended the work do, including the victim, Winstanley and her friend Herbert — who had never worked for Boots and had not met the victim beforehand.

While at a Wetherspoons pubs in Manchester city centre, Herbert ‘went out of her way to barge into (the victim) and another member of her group’, the court was told.

Herbert then began shouting and swearing at the victim after they moved to another bar in town, which was not named in court.

Winstanley, who had kicked her shoes off earlier in the night and was barefoot, then grabbed hold of the victim and dragged her to the floor before kicking her. It is believed the kick landed in her face, the court was told.

Herbert, who was wearing sandals, also aimed a kick at her while the victim was on the ground.

The shocked victim got to her feet and then learned the violent pair were merely being spoken to by bar staff, not removed from the venue.

The court was told that the victim then threw a glass at the wall ‘in frustration’ at this.

Herbert then reacted by picking up a glass from a nearby ledge and throwing it directly at the victim, who was standing just a few feet away.

It hit the woman in the face, and she collapsed to the floor. At this point, Winstanley and Herbert collected their bags and left. 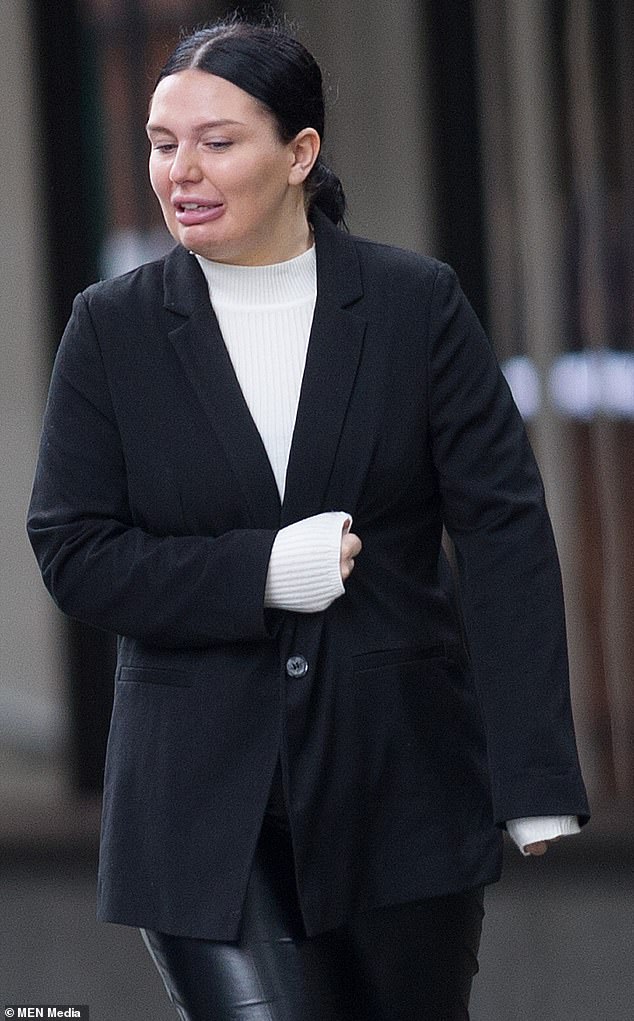 As they exited, Herbert was heard saying: ‘Jess didn’t do anything, I am the reason her face looks like that’.

The victim went to A&E and was found to have a broken nose as well as cuts on the bridge of her nose and below her eye, both of which needed stitching and which medics told her could leave permanent scarring.

The former Boots worker, who was by then a teacher, also suffered bruising and was unable to go back to work at the end of the term as a result.

Police subsequently arrested Winstanley and Herbert, who answered no comment to all questions in interview before pleading guilty at a hearing.

Thomas McKail, defending Herbert, said she had lost her job in the care industry as a result of her conviction and was now working for McDonald’s.

‘A glass was thrown in her general direction and she reacts in a completely disproportionate manner’, he told the court.

‘She knows the consequences of her actions because it almost happened to her moments before. She is genuinely sorry and remorseful for her actions.’

Gwen Henshaw, defending the incident was ‘completely out of character’ for Winstanley, now a trainee dental nurse.

‘She is remorseful and thoroughly ashamed of her actions that night’ she said.

Judge Michael Leeming said that as a teacher the victim’s ‘appearance is important both to reassure the children, but also their parents.’

‘This is the sort of incident, an assault in a bar in the city centre, that the public are entirely sick and tired of’ he said. ‘It happens all too often when people have had too much to drink.’

He told Herbert: ‘The risk of injury, glass in the eye, cuts, must have been obvious to you when you threw that glass’ adding that ‘had it been smashed in advance and thrown the sentence would be very different’.

However, he said the case was a ‘tragedy’ for both women whose character references said they were both ‘generally loving, caring and placid people’.

‘You have been convicted of serious offences and it is going to affect your careers, there’s no doubt about it, regardless of the sentence I impose’ he said, handing them suspended sentences.

Winstanley, of Newall Green, Wythenshawe, was sentenced to four months detention, suspended for two years and was also ordered to do 100 hours unpaid work and 10 rehabilitation activity requirement (RAR) days.

Herbert, of Bagueley, was sentenced to a year in prison, suspended for two years and was ordered to do 150 hours unpaid work and 20 RAR days.

Winstanley was also ordered to pay £250 and Herbert £750 in compensation to the victim.