A VILE man tipped a bag full of his own faeces over the head of a female NHS worker during a campaign of harassment.

Josh Wade subjected his neighbour to repeated "aggressive and unpleasant" behaviour for more than two months before he was arrested. 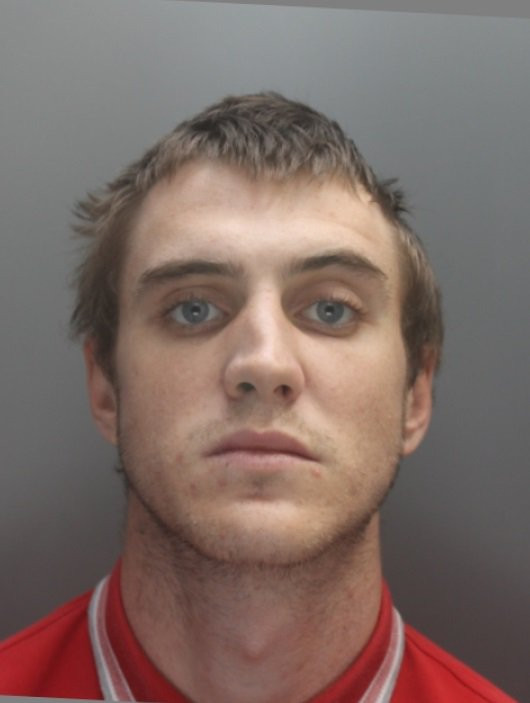 Wade, now 22, spotted his victim leaving her home in Merseyside shortly after 7am to make her way to work and followed her, Liverpool Crown Court heard.

He then grabbed the woman, who said she was clearly identifiable as an NHS worker, before slapping her in the face with the hand clutching the bag of excrement.

The woman was left with faeces smeared over her head, and when police arrived at the scene in Ford Lane, Litherland, Wade was arrested.

"The effect upon her was instant," she said, reports the Liverpool Echo.

"The victim personal statement element of her complaint sets out how distressing, humiliating and frightening she found the whole incident."

Wade – who was 21 at the time – previously admitted administering a noxious substance and possessing cannabis and was jailed for 14 months.

He denied a charge of harassment that put a person in fear of violence, which alleged that he "made threats to shoot" the woman.

Prosecutors agreed to drop this on the basis his harassment of his neighbour was incorporated within the noxious substance charge.

Defending, Lloyd Morgan told the court Wade expressed "remorse" during his police interview, "recognising what effect his dreadful actions had upon his erstwhile neighbour".

He added: "He indicated, as set out in his psychiatric report, that he would apologise to her if given the opportunity.

"His first taste of incarceration has had a significant effect upon him and a positive effect upon him as he is no longer taking drugs, he’s rid himself of that terrible affliction which is the first time that’s happened for a long period of time."

The lawyer said Wade previously suffered from depression and was admitted as an inpatient to a psychiatric hospital when living in Western Australia "for some time as a result of drug induced psychosis and other mental difficulties".

Mr Morgan added: "In the cold hard light of day and free from the affliction of drugs, he recognises his appalling behaviour and wishes of course that it hadn’t happened."

Judge Smith told Wade that it was agreed that his guilty plea to the noxious substance charge incorporated the facts of a "campaign of harassment against your neighbour".

She said: "Against a lengthy campaign of harassment from August through to October of last year involving aggressive and unpleasant behaviour towards your neighbour, on October 1, you followed her outside of her home by running at her and gripping her and slapping her face with a hand in which you held a bag of your own faeces."

Judge Smith said reports confirmed Wade had a "lengthy history of mental health issues, often compounded by or triggered by drug use".

She said there was "an element of planning" in the incident as Wade had to "find a bag, defecate into it and then use it as a weapon."

"Of course the repellent and unhygienic nature of the offence shows a desire to humiliate, demean and distress the victim," Judge Smith added.

"The adverse effects of being attacked with a bag of faeces speak for themselves."

Wade, of Ford Lane, was jailed for five year and given a five-year restraining order, preventing him from contacting the victim, who said she felt "unclean" after the grim incident.

The judge said it was "regrettable" that the restraining order would prevent Wade from returning to his former home, but the victim and her partner were entitled to be protected from him.