Kuala Lumpur: Muhyiddin Yassin will become Malaysia's next prime minister, the country's king said on Saturday, saying he may have the majority support among lawmakers in Parliament.

The shock announcement comes just hours after Mahathir Mohamad, the former and acting prime minister, had looked to have secured the numbers to be sworn in as the country's eighth prime minister. 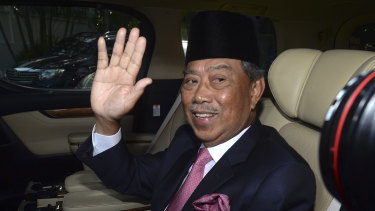 Mahathir had met with leaders of the previous coalition Pakatan Harapan (Alliance of Hope) government on Saturday morning and declared he was "now confident that I have the numbers needed to garner majority support" in Parliament to return as prime minister for a third time.

"I am therefore prepared to stand as prospective candidate for prime minister," he said.

But instead it will be Muhyiddin, once an ally of Mahathir in the Bersatu party – which until less than a week ago was part of the Pakatan Harapan government – who will be sworn in on Sunday morning. 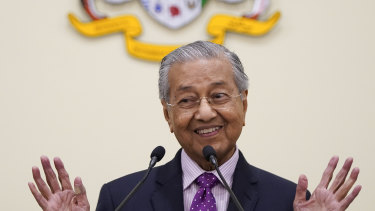 "His majesty has decreed that the process of appointing a prime minister cannot be delayed … [and] this is the best decision for all," the statement said.

The pending installation of Muhyiddin comes after a tumultuous week of politics which has seen the Pakatan Harapan government collapse.

Over the last week, MPs from both the opposition and government have supported Mahathir to be reappointed prime minister, then pulled that support for Mahathir. After the Pakatan Harapan split, Anwar Ibrahim was then put forward as a candidate, but after the reconciliation within Pakatan on Saturday morning it looked like the door had opened to Mahathir's return.

Muhyiddin will form government with the support of the former Barisan Nasional government including MPs from UMNO, the Islamist Party PAS, at least some Bersatu MPs and from other minor parties. 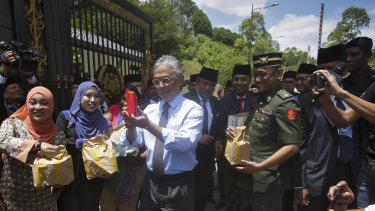 Anwar's PKR, a founding member of Pakatan Harapan, had teamed up with Mahathir and his Bersatu party to blast UMNO out of office in 2018. The two men have alternated between being allies and enemies for decades, but had allied on the understanting that Mahathir would eventually hand over power to Anwar.

The potential return of UMNO to power, less than two years after they lost power after ruling for 61 years, is potentially a lethal blow to those that hoped Pakatan Harapan would reform and strengthen independent institutions in Malaysia.

The 94-year-old Mahathir quit as prime minister last week to object to Bersatu's plan to work with UMNO. Several UMNO leaders, including disgraced ex-Prime Minister Najib Razak, are on trial on corruption charges.

Muhyiddin, 72, is a seasoned politician who was sacked by Najib as deputy prime minister in 2015 after he criticised Najib's handling of a massive graft scandal at the 1MDB state investment fund. 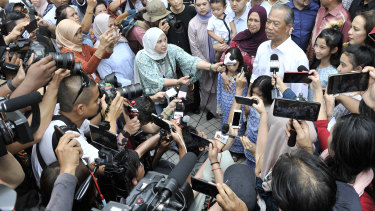 Muhyiddin Yassin, second in white shirt, talks to the media after being appointed as new prime minister.Credit:AP

Kean Wong, a Malaysian political analyst and editor of Rebirth: Reformasi, Resistance and Hope in New Malaysia, said the return of UMNO in a governing coalition could see the legal challenges the party is facing wound down or thrown out.

"The other problem is of course whether the other institutional reforms that are already in place or under way will be thrown out or reversed," he said.

"The process of making Malaysia’s institutions more accountable and independent is at stake."

He also suggested the decision could be challenged in Parliament.

"If Mahathir has the numbers, as claimed, and they take it to the first sitting of Parliament they could take a vote of confidence, and that could see the newly appointed prime minister removed."