Several houses are at risk as one slides off foundation in Seattle.

A house in Seattle, Washington, started to slide off of its foundation in a landslide on Friday evening. 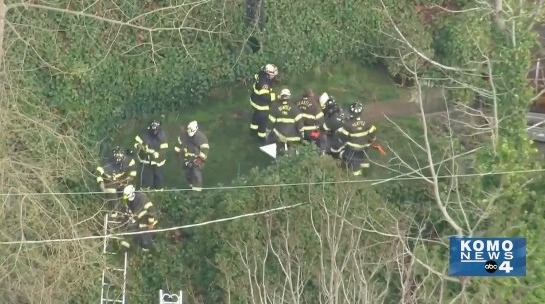 Firefighters and emergency crews are responding to the house in the Magnolia neighborhood, according to Seattle Reporter DeeDee Sun.

Upon the fire department's arrival, one man was trapped in the basement inside of the house. One woman escaped on her own.

The man and woman are both "okay" after the house slid off foundation and collapsed.

The landslide pushed the house 20 feet off its foundation, causing a natural gas leak and fire. The second floor fell into and destroyed the first floor, which was already ruined by mud and debris.

The Seattle Fire Department reached the house by setting ladders against the hillside where the house partially landed. Firefighters broke into the house through a wall.

One dog in the house is deceased, and one is still unaccounted for, according to the Seattle Fire Department.

Western Washington is prone to landslides. This neighborhood, specifically Perkins Lane, has been called "the poster child for landslide risk," according to KUOW.

The house is located in the 2400 block of Perkins Lane.

According to Seattle police, live wires may be in the area. The fire department advises that people avoid the area as emergency crews respond. 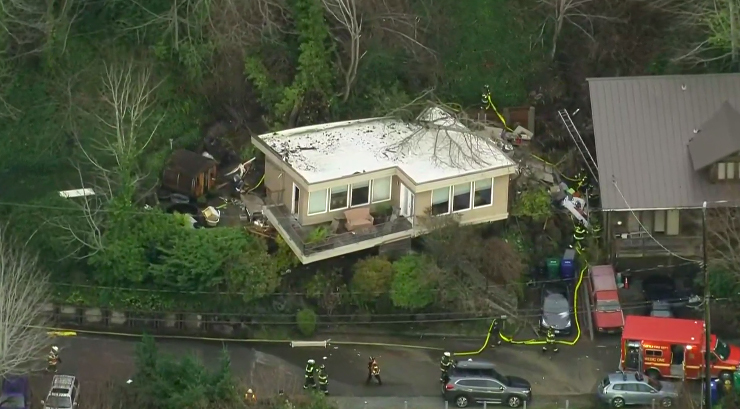 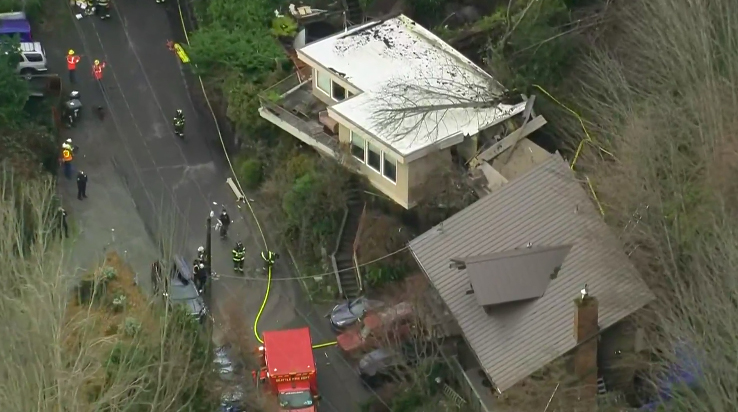