Sadiq Khan today stoked his feud with Donald Trump by saying he hopes the US president loses the election this year.

The London mayor swiped that potential rival Mike Bloomberg ‘gets under the skin’ of Mr Trump because he was wealthier and more successful.

The latest installment in the bitter Transatlantic slanging match comes as the Democrats choose their candidate to take on the White House incumbent.

Asked whether he was hoping Mr Trump will lose the election in November, Mr Kahn told Politico: ‘Of course I am. I like good guys and good women to win, rather than bad guys. 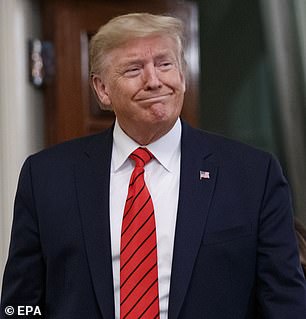 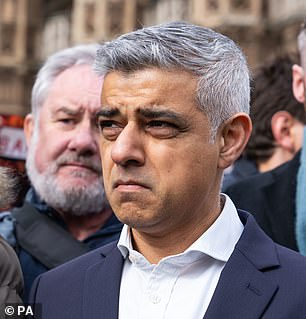 ‘The key thing for the Democrats is to choose somebody who can beat Trump.’

Mr Khan made a less than flattering comparison between Mr Trump and Mr Bloomberg, who founded the respected global new service that bears his name.

‘I think Mike Bloomberg is interesting, He clearly gets under Trump’s skin. If it’s Bloomberg vs Trump it will be a really interesting campaign,’ Mr Khan said.

‘Two New Yorkers. One of whom is a successful self-made billionaire. The other one less successful, lost his dad’s money, doing less well.’

Mr Khan said Pete Buttigieg, another Democrat hopeful, was ‘interesting’ – but was less enthusiastic about Bernie Sanders, seen by many as the frontrunner, Elizabeth Warren, and ex-vice president Joe Biden.

‘I’d query whether Sanders or Warren or Biden would do as well. But let’s wait and see,’ he said.

Mr Khan and Mr Trump have had a long-running beef, with the president repeatedly aiming barbs at him on Twitter – including calling him a ‘stone cold loser’ and ‘very dumb’.

He once challenged the former Labour MP to an IQ test after he described his views on Muslims as ‘ignorant’.

In 2017 Mr Khan called for the government to cancel Mr Trump’s invite to come to the UK for a state visit, saying his policies ‘go against everything we stand for’.

At Labour conference last year Mr Khan dubbed the Republican ‘the poster boy for the far-right around the world’, adding: ‘I have got no idea why Donald Trump tweets about the Muslim mayor of London.’

He has also mocked Mr Trump for playing golf rather than dealing with the aftermath of Hurricane Dorian in the Bahamas.

Meanwhile, Mr Trump has branded Mr Khan ‘incompetent’ and condemned his handling of ‘totally out of control’ 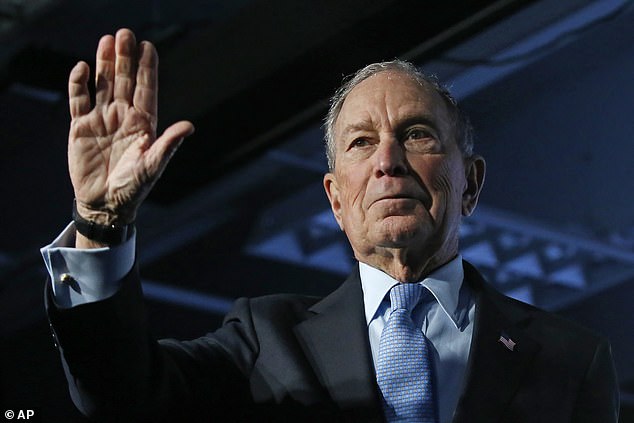